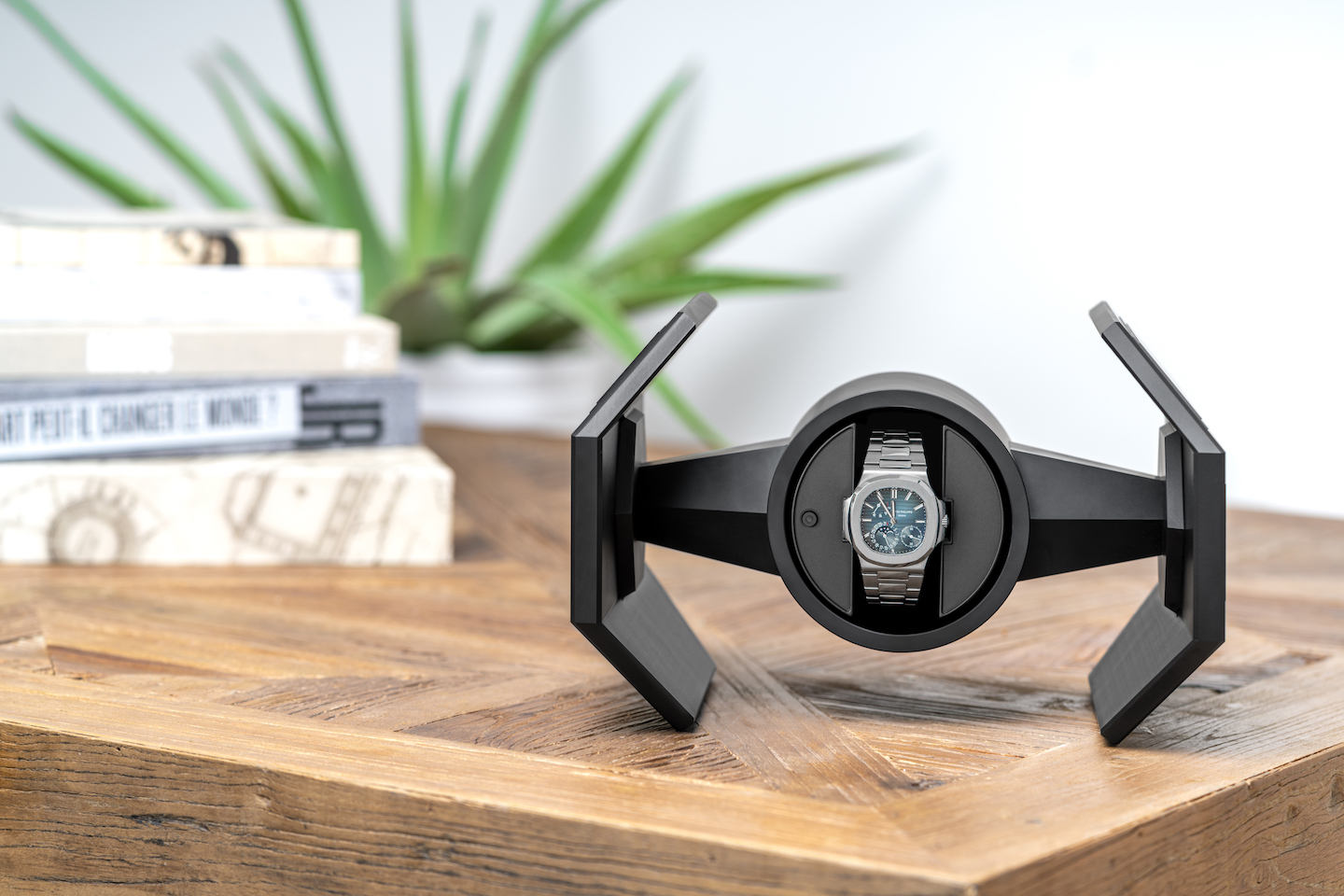 With William Shatner, aka Captain Kirk of the USS Enterprise from Star Trek, going into space yesterday and landing safely, exclaiming how blue the sky was and how black the galaxy was, it’s a good time to look at space-age watch concepts. Some are a bit more out there then Shatner going into space, and most capitalize one Star Wars instead of Star Trek. In fact,  a host of brands have been producing Star Wars inspired timepieces, but now Kross Studio takes space to a different dimension. The brand unveils a new Star Wars™ inspired watch winder.

A desktop sculpture in its own specially designed black packaging, the watch winder is Bluetooth enabled and inspired by Darth Vader’s Tie Advanced X1 Starfighter. The watch winder is the evolution of a collector set that Kross Studio released last year that paid tribute to the Death Star™ and was sold with a Kyber Crystal ™ prop piece.  This new adventure, though, is a highly useful tool for watch collectors who want a part of the Star Wars theme without the big bucks it takes to purchase one of those space-age watches. 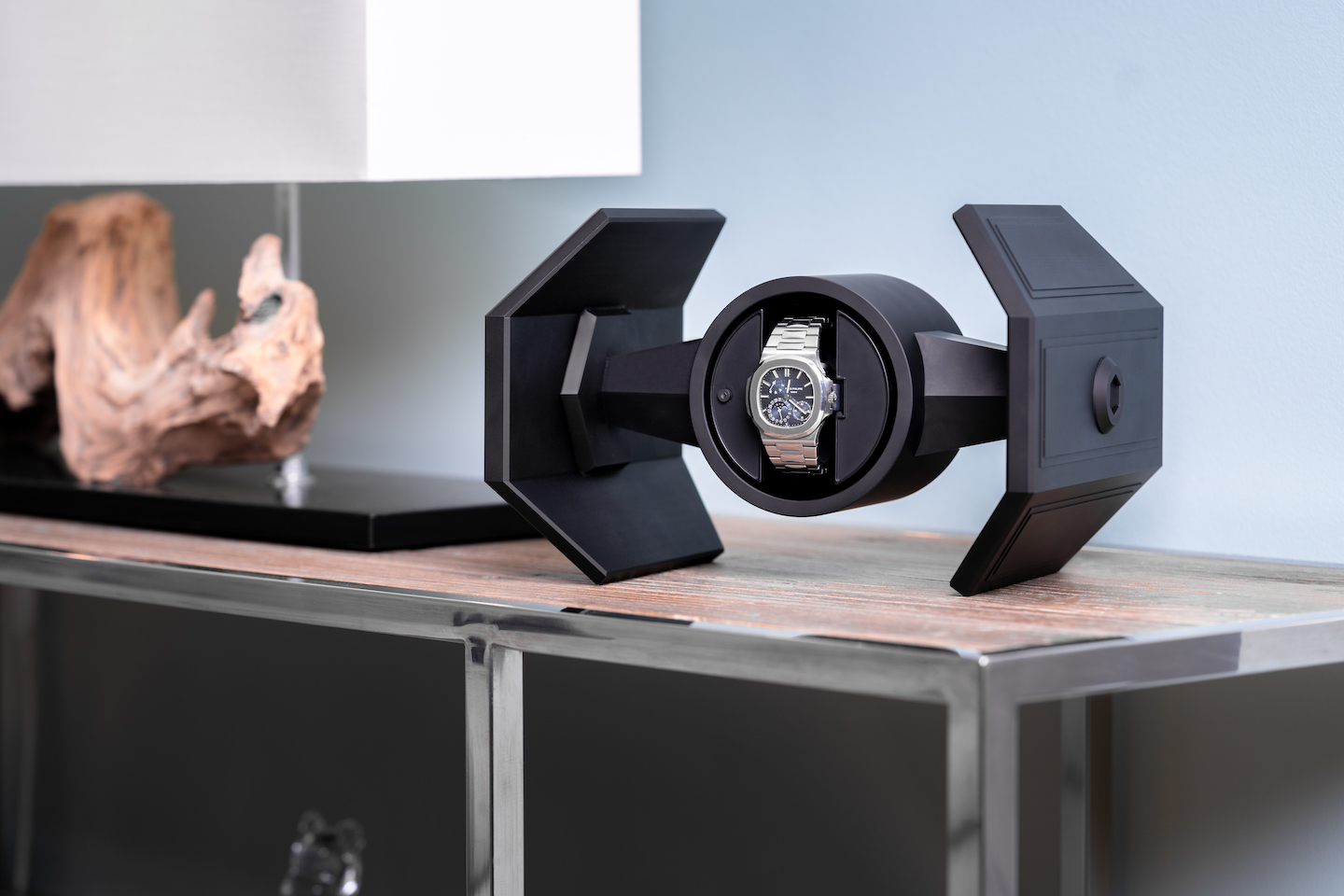 The limited edition winder boasts an integrated winding engine inside the solid black anodized aluminum sculpture that recalls the film Star Wars: A New Hope™.  Standing  8 inches long by about 10 inches wide and almost 7 inches tall — the perfect size to wind a single watch – the winder is machined, hand-finished and assembled in house at Kross Studios. The winder is equipped with a high-tech infrared sensor that detects a watch on the holder and activates the winder motion. The battery is designed to last more than two years. A  key inspired by the Galactic Empire is supplied with the watch so the batteries can be replaced.

As mentioned, it is Bluetooth enables so the owner can access it via the Kross Watch Winder smartphone app available at the app store and Google Play. Cool as it is, the winder is being created in a limited edition and each will retail for $2,500.