From Andy Warhol to Romero Britto, Yaacov Agam and so many others, Movado has long been a  supporter of the arts. The brand has been creating “Artist Series” watches for decades. In fact, the first watch in the series launched in 1988 with the Andy Warhol “Times 5” watch that featured five different Warhol photographs on the watches. Since then, it has collaborated with a host of artists and even, most recently, photographer Alexi Lubomirski. Now, the  brand announces its new series collaboration with Carmen Herrera. This 106-year-old Cuban-American artist is renowned for her bold colors and dynamic geometric style. Her work has been on shown and is even in permanent collections at MOMA, the Whitney Museum and other places.

This is not the first time Movado and Herrera teamed up – and both times they also joined forces with the Public Art Fund. In fact, the first collaboration between the three was in 2019 when Movado presented Herrera’s first significant exhibition of outdoor sculptures. This new collaboration ushers in the era of the Carmen Herrera X Movado Artist Series.

There are five unique designs being translated into watches, each of which is a work of art from some time in Herrera’s career. They are all interpreted onto the famed Museum dial, with which Movado has long been synonymous. The art on each watch is a vision of Herrera’s geometric works that are inspired by an early black-and-white painting done in 1952 in Paris, to a piece currently on display at The Museum of Modern Art. Some of the watches take inspiration from the 1950’s through the 1970’s body of work, while other focus on some of her newest paintings, including one from 2016.

When she curated this series, Herrera said she sought works with contrast and balance, with color and form. Just 100 pieces of each of the five works of art will be created.  Additionally, 15 collector’s sets will be made, each of which will include all five watches in specially designed packaging. Individually, the watches retail for $1,000 and the collector’s set sells for $5,500. A portion of the proceeds of the sales will be donated by Movado to support Public Art Fund.

Highlights of the  Carmen Herrera X MOVADO collection include the Orange and Red watch designed around a 1989 Herrera work. The square watch plays on inverted colors of orange and red, with the Museum dot in red. The two-tone dial is further accentuated by a strap made in each of the colors. The Untitled watch takes its inspiration from two of her works and is also a square watch created in black and white with bold geometric patterns on the dial and strap case back. 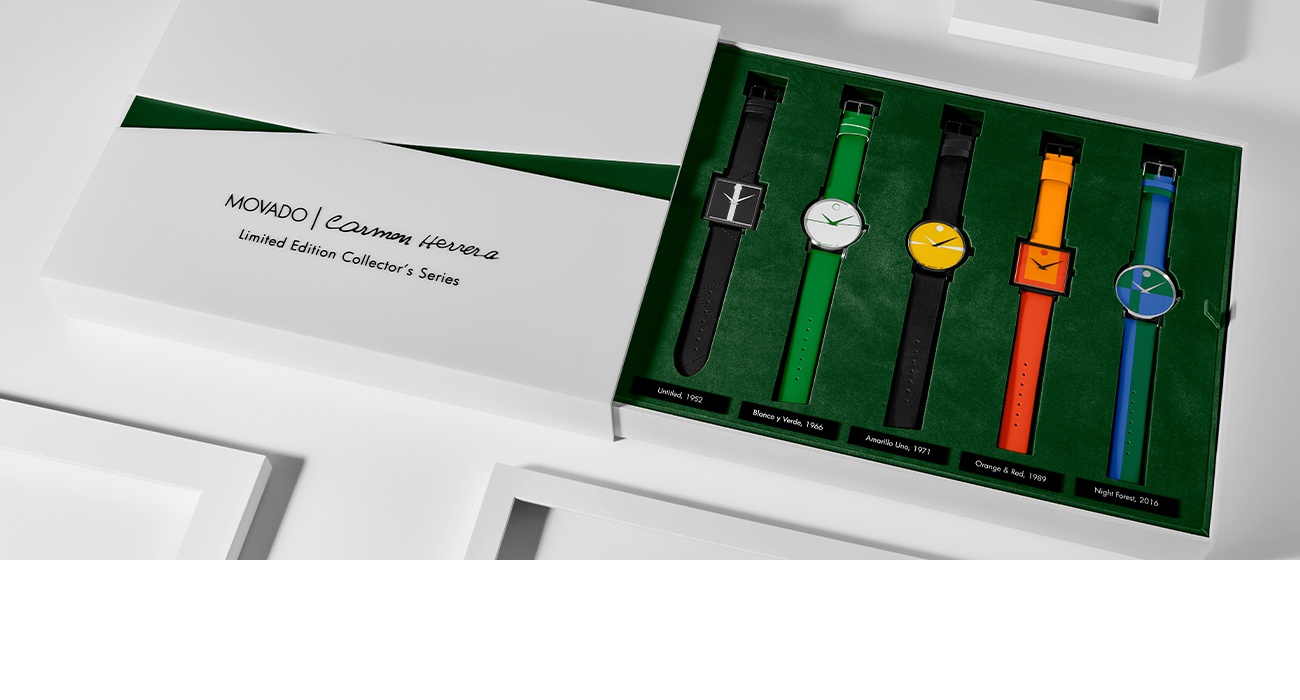 There are 15 sets being made of the Movado X Carmen Herrera Artist Series watches in addition to the individual pieces.

The three other watches ae all round  and also play on colors. Blanco y Verde features a green on white color palette, while Amarillo Uno features cut outs on the yellow dial that reveal white beneath, along with a white Museum dot. Perhaps the most alluring is the Night Forest watch with dynamic blue and green dial segmented into four slices and a matching strap of both colors.

“It was important to me that this collection represent work from throughout my career,” stated Carmen Herrera in the Movado press release. “It is, after all, a design for a timepiece and I was very conscious of the implications of that philosophical and challenging concept, as well as the history and prestige of the Movado brand. Movado has worked with many incredible artists, ranging from Max Bill to Andy Warhol, so it has been wonderful to work on this project. I’m delighted to see my designs come to life with the help of Movado’s talented team.” 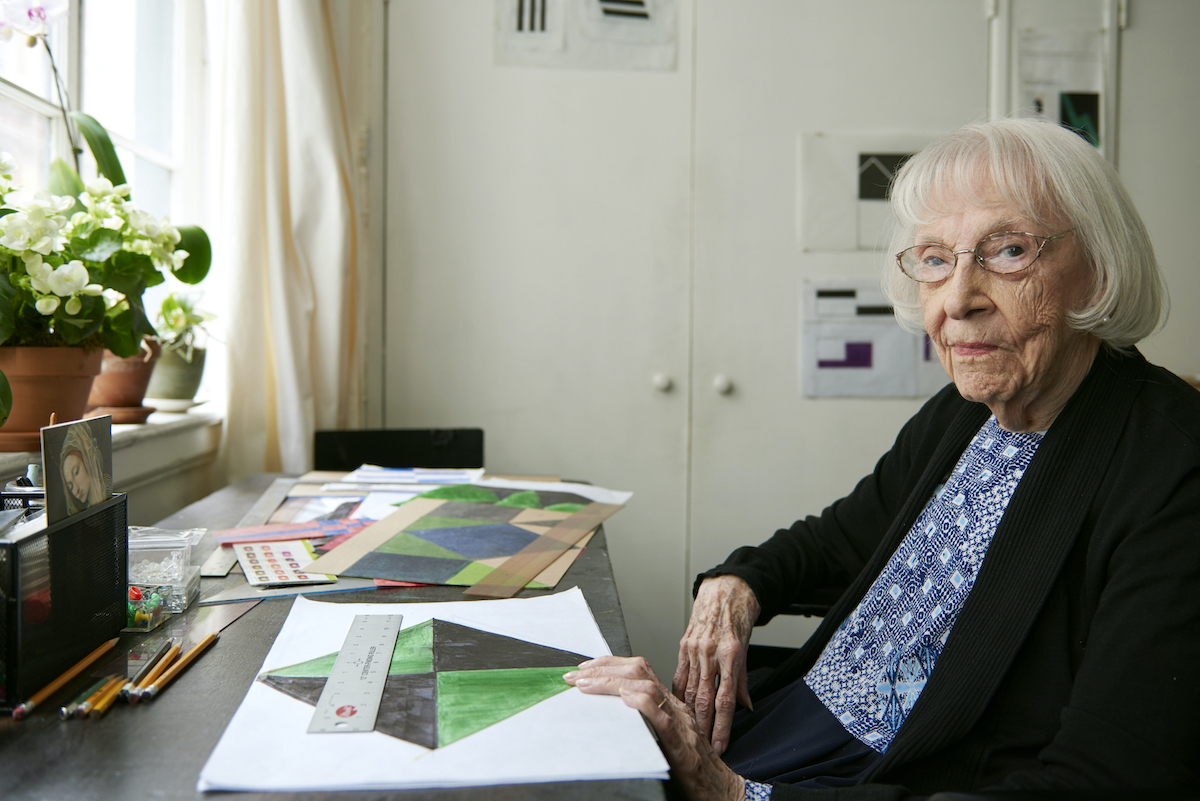