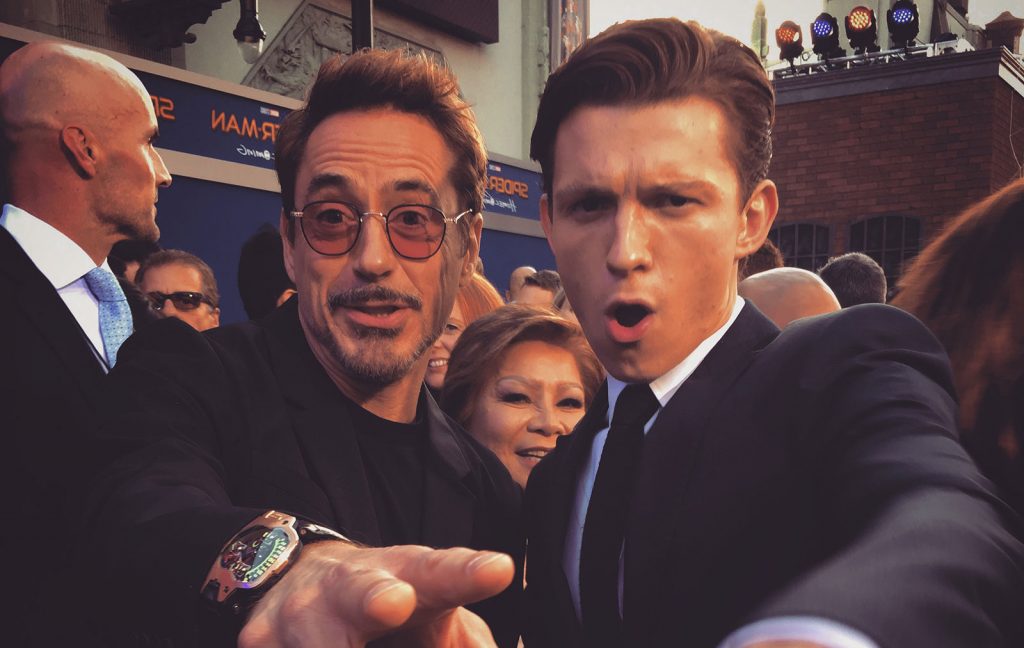 One of the season’s top movies,  Spider-Man: Homecoming,  has  a star above and beyond  Peter Parker/Spider-Man (played by Tom Holland) and: Robert Downey Jr.  who plays Tony Stark. Robert Downey Jr. has played Iron Man for about a decade. For his role in the Spider-Man: Homecoming movie, he personally requested the Urwerk UR 110 rose gold watch. Urwerk,  celebrating its 20th anniversary this year, offers  highly technical timepieces with multi-dimensional appeal. 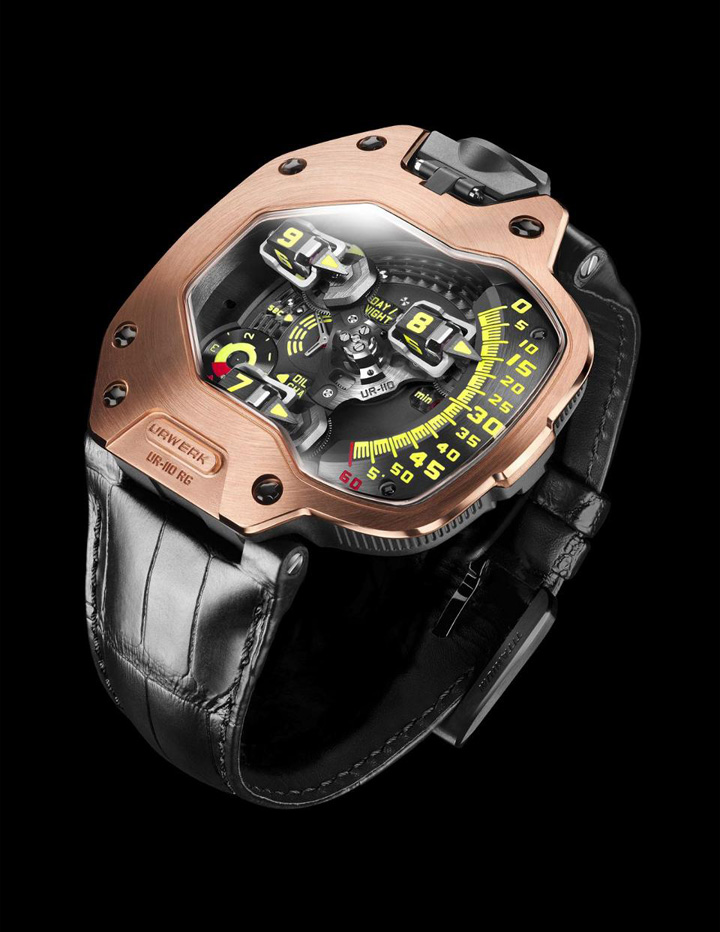 The Urwerk UR-110 RG watch is crafted in light weight titanium and features an 18-karat rose gold bezel — hence the RG reference. The watch does not use typical hands to display the time, but instead uses an innovative and highly technical revolving satellite cube. The time is shown on the right side of the watch, while on the other side there is a Control Board for showing day/night indication and “oil change”  to indicate time between watch servicing. It is powered by the self-winding UR-9.01 movement with 39 hours of power reserve. It sells for $115,000 — so you can be a star, too.