Review: A Closer Look at the Vacheron Constantin Métiers d’Art Villes Lumières: Cities of Light On the Wrist 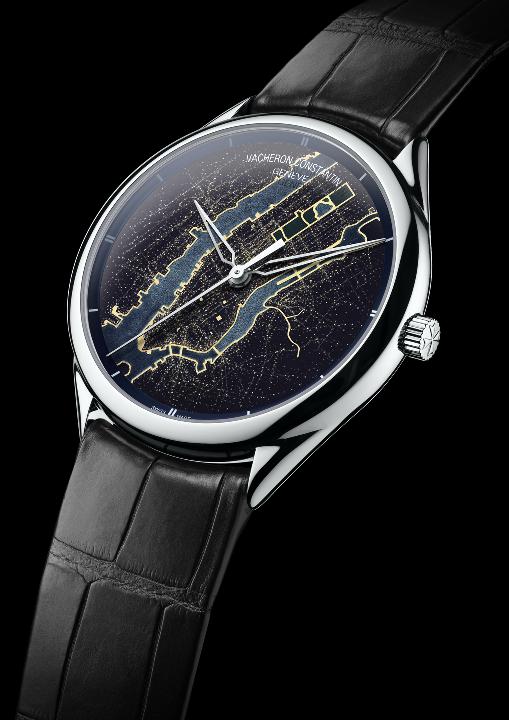 The new Metiers d’Art Villes Lumieres collection from Vacheron Constantin is a new series of watches whose dials feature nocturnal portraits of great cities from an aerial view. The dials of these watches are created using  a fusion of two eclectic art mediums, Grand Feu champleve enameling and hand applied precious powder, a technique mastered by Japanese artist Yoko Imai. As for the inspiration, an areal view of iconic cities at night highlights the level of artistry accomplished in this limited edition series, and captures the energy of each city depicted. To fully appreciate the beauty of the piece, its important to understand how these images were created.

As stated earlier, the Metiers d’Art Villes Lumieres features both Grand Feu champleve enameling and hand applied precious powder. The powder features particles of gold, pearl, platinum and diamond and is placed on the dial to help bring the desired radiance to the piece. The radiant material helps frame roads, rivers and other famous landmarks. The Grand Feu champleve enameling is a Vacheron Constantin hallmark. This combination of techniques enables the brand to highlight four key cities from above for the first offering: Geneva, New York, Paris and Beijing. Each watch is  powered by the Calibre 2460 SC, offers a 40 hour power reserve and carries the Hallmark of Geneva certification, attesting to the highest level of craftsmanship. 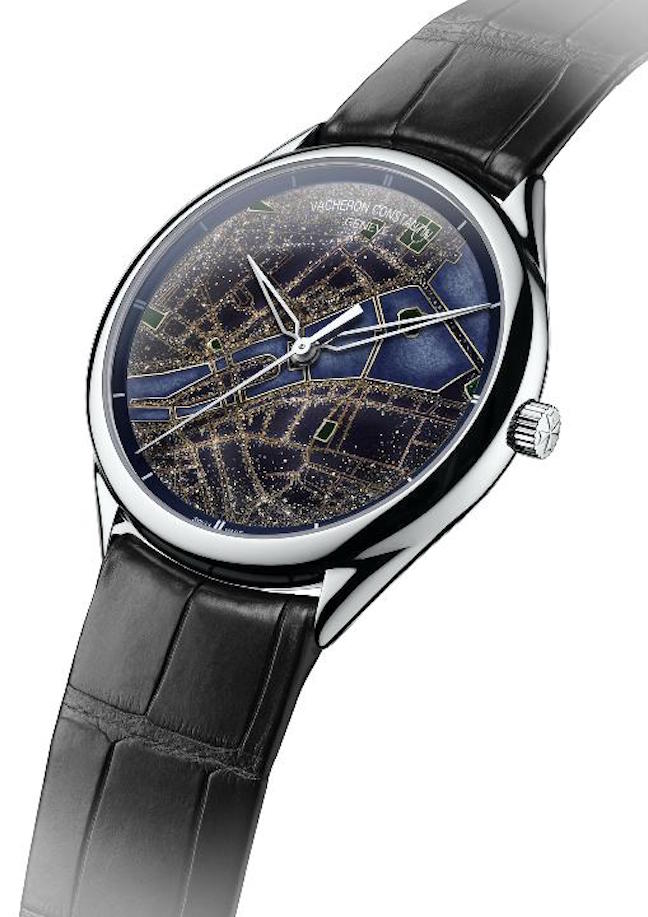 In 1755 the first known watch by the founder of the Madison, Jean-Marc Vacheron featured delicate engraved arabesque motifs. Since then, and for the past two-and-a-half centuries, artisans from Vacheron have incorporated techniques of gemsetting, enameling, guilocheurs and engravers into their creations. The Metiers d’Arts Villes Lumieres allows Vacheron to explore its creative roots and fully employ these increasingly rarely used techniques.

The Art of the Dial of Metiers d’Arts Lumieres

For the Metiers d’Arts Villes Lumieres, the goal is to recreate a ‘light cartography’ meant to capture cityscapes, the light activity in certain areas, as well as shapes of streets and even traffic congestion.  For each watch, the gold dial is first hollowed out by hand to fit the desired outlines for the selected landscape, then successive layers of translucent colored enamel is applied. Between each painting, the dial of the watch is fired at 850 C. Powdered glass is also mixed with coloring oxides to be melted and then vitrified. With each firing the master enameller risks the dial cracking, bubbling  or suffering from similar flaws. In this series, the master enameller has upped the degree of difficultly, as well as level of artistry, by composing subtle shades to better simulate a nighttime atmosphere. 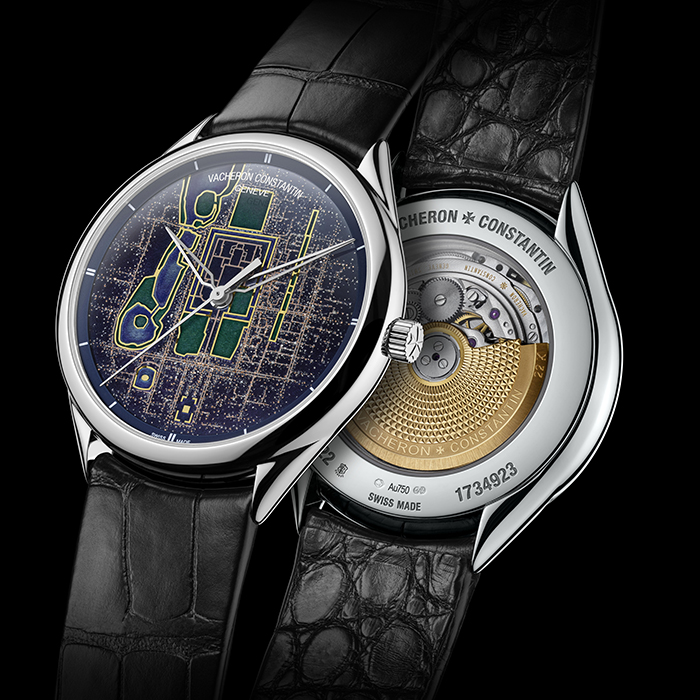 Japanese artist Yoko Imai was invited to incorporate her art with that of Vacheron’s master enameller. Her own artistic style can best be described as calligraphy inspired painting on canvas, inspired by precious powder. Through the use of a thin stylus, intense concentration and a masterful hand, the precious metal powder is placed on the dial via a closely guarded trade secret.

Far from random, the application of the powder is done in a deliberate manner and first chosen by size and shimmer, then worked at several angles for the proper luminescence. Tiny gold grains form a luminous backdrop, and then diamond and platinum are used to create variations in hue ranging from shiny to dark to punctuate the patterns and form lights that resemble traffic, houses, and lights. Dark areas on the enamel dial represent bodies of water, parks or other dark places at night. Three months of hand crafted care are required for a dial to be produced. Each watch is sold with a magnifying glass for the purchaser to fully appreciate the attention to detail in the dials creation.

The first city to be depicted in the series is Geneva – the cradle of fine watch making. Geneva is also the home of the first artisans to work and perfect miniature painting on enamel, and is the birthplace of Vacheron Constantin, in the district of St. Gervais. Paris, the city of light, has also been depicted, complete world famous landmarks such as the Champs Elysees, Place de l’Etoile, the Siene, and Eiffel Tower. New York – the borough of Manhattan, in particular – displays Central Park, the Hudson River and more. Most recently the fourth city was introduced: Beijing – complete with the Forbidden City, Meridian Gate, Tian’anmen Square and the Gate of the Heavenly Palace. 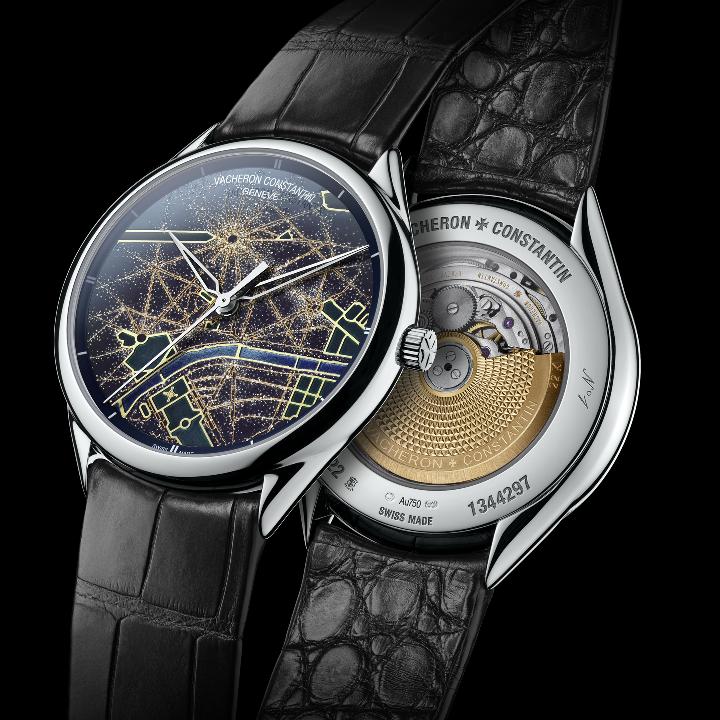 The watch offers hours, minutes and second hand, and the transparent caseback allows for viewing of the movement, including the 22k gold oscillating weight emblazoned with the Vacheron emblem. The 2460 SC movement is a self-winding caliber with 182 components and 27 jewels. Each component, whether visible through through the display back or not, features all of the finishings you would expect to see in a watch of this caliber: beveling, circular graining and polishing.

Each watch is created in a limited, numbered edition and each retails for $99,000.