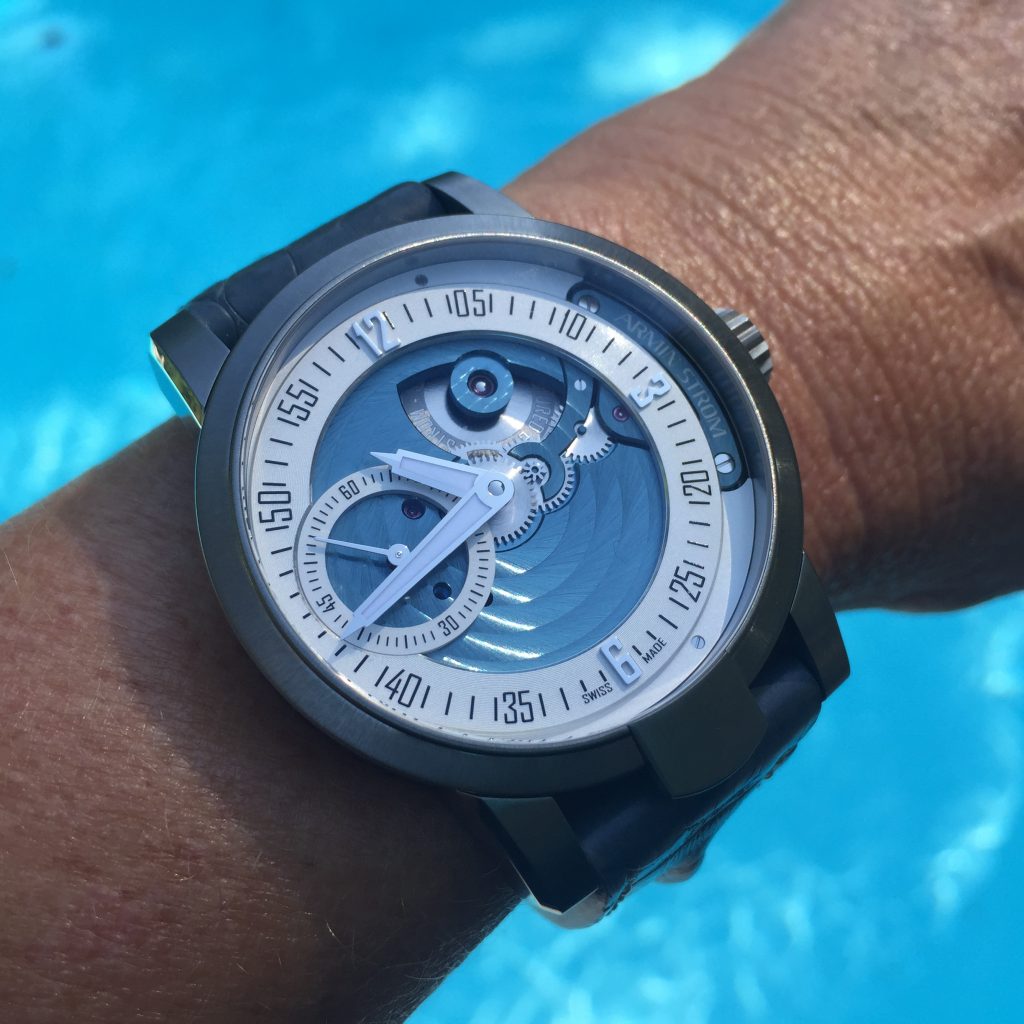 Swiss watch brand Armin Strom is celebrating a 10-year anniversary in 2019 — recalling the year that its current owners and management relaunched the brand (purchased from watchmaker Armin Strom in 2006)  and began building it into a  fully integrated Manufacture.  Today, with workshops in Biel/Bienne, this brand continues to upholds superb craftsmanship rules while taking a visionary leap forward. Armin Strom is a brand we like a lot here at ATimelyPerspective because it is innovative while at the same time focusing on classic watchmaking feats  such as skeletonization, constant force and more. Additionally, its young management duo of Serge Michel and Claude Greisler set clear goals for the brand and are sticking steadfastly to them. Here, we take a look at six things Armin Strom does differently and how this sets the brand apart from others.

Armin Strom is Run By a Dynamic Duo

As mentioned, Armin Strom today is operated by Serge Michel and Claude Greisler, both just 40-years old and each with a true specialty and knack for watchmaking, communications and marketing. Both were born in Burgdorf (like Mr. Armin Strom) in the same year 1978 and both have always been intrigued by watches. Greisler is a master watchmaker and Michel the focused entrepreneur. Today, the brand employs a team of designers, engineers and watchmakers, and produces about 400 watches annually.

“While we learned from the expertise of our mentor [Armin Strom], Claude and I created the vision to expand the business from a specialist in skeletonization to a fully vertically ntegrated watch manufacture producing our own movements. We figured that the ideal place would be the nearby town Biel/Bienne, where we were surrounded by some of the most famous watchmaking companies, which gave us access to know-how and highly skilled and trained professionals,” says Michel.

Armin Strom Watches are all skeletonized 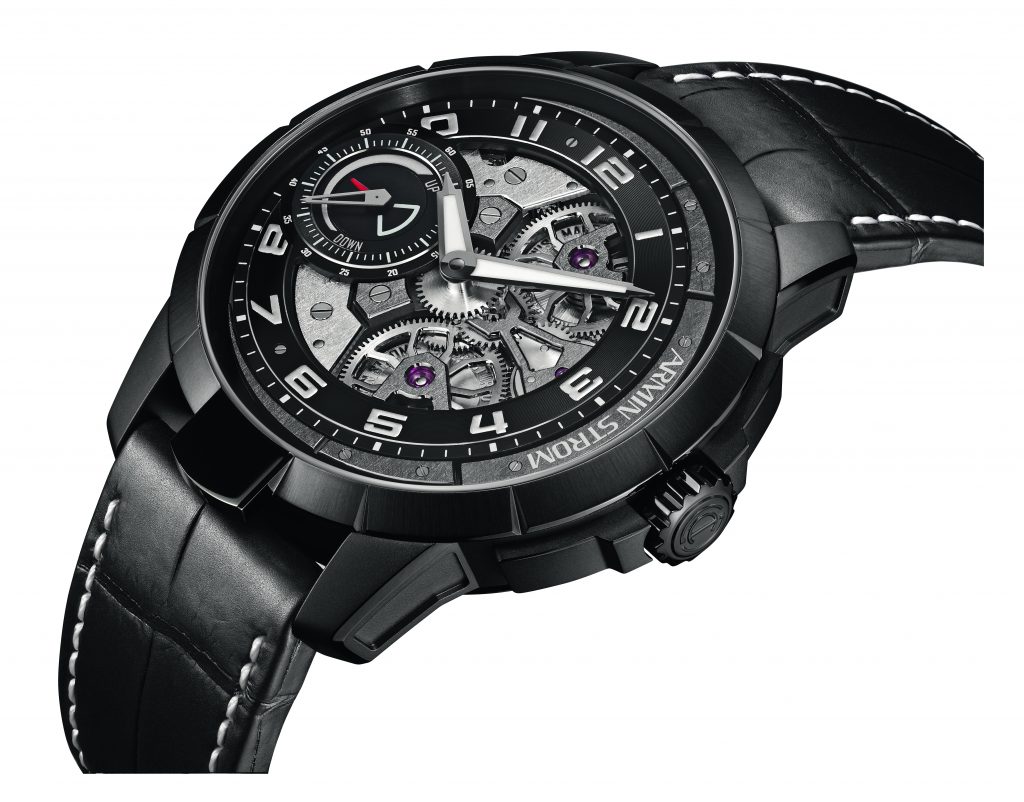 As mentioned above, skeletonization is a specialty of this brand. However, one would be hard pressed to find any brand that only produces skeleton watches — until landing on Armin Strom.  When Michel and Greisler took over the company from watchmaker Armin Strom in 2006 to make it a full-fledged vertically integrated watch brand, they vowed to uphold Strom’s legacy as a master of skeletonization. (For years, watchmaker Armin Strom was known as an artist who deftly skeletonized watch movements in the small shop he had set up in Burgdorf, Switzerland, in 1967. He  even created a watch that earned him a  Guinness World Record: the world’s smallest hand-skeletonized watch for ladies.) Once the Michel family purchase the brand in 2006, Serge Michel and Greisler set the wheels in motion.   By 2009 the company had moved into its own premises in Biel/Bienne, installed its own machines and developed its first in-house calibre, the ARM 09. A year later the first complete collection, the One Week Skeleton, was released. It used the new in-house movement, which set the standard for the company’s products, incorporating a hand-wound caliber (better for showing off the skeletonization) and a substantial power reserve of eight days. 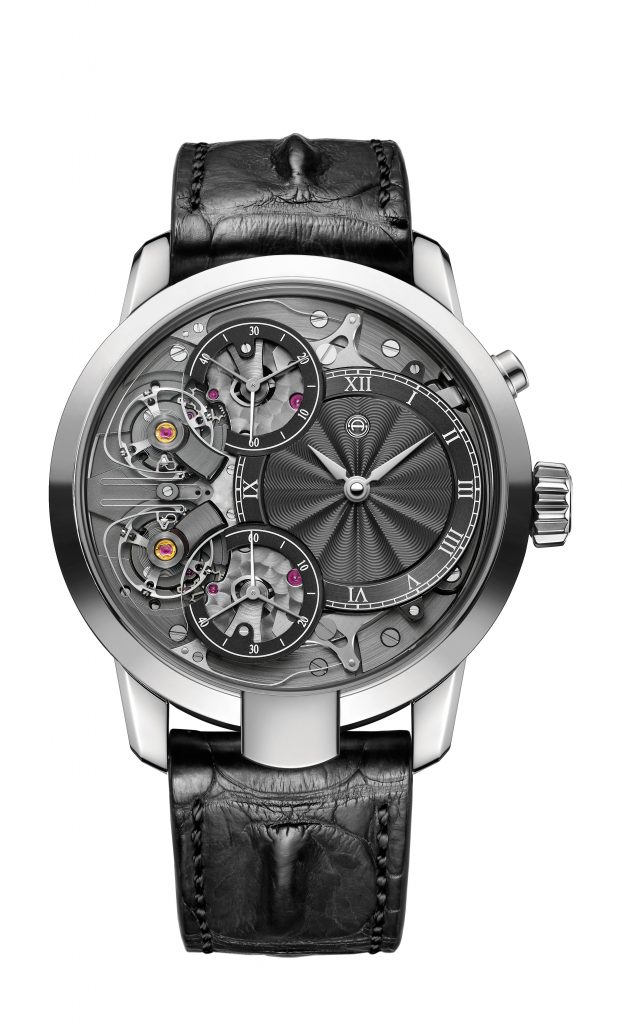 Every watch uses a resonator, either in the form of an oscillating balance or a high-frequency quartz crystal, both of which resonate at specific frequencies. The phenomenon of resonance, however, involves two such bodies acting upon each other so that they eventually resonate in perfect harmony. With its Mirrord Force Resonance watch, which was first unveiled to the world in 2016, Armin Strom succeeded in achieving resonance between two separate going trains, powered by two separate balance wheels, and displaying the phenomenon of resonance by connecting the two mechanisms with its patented resonance clutch spring. 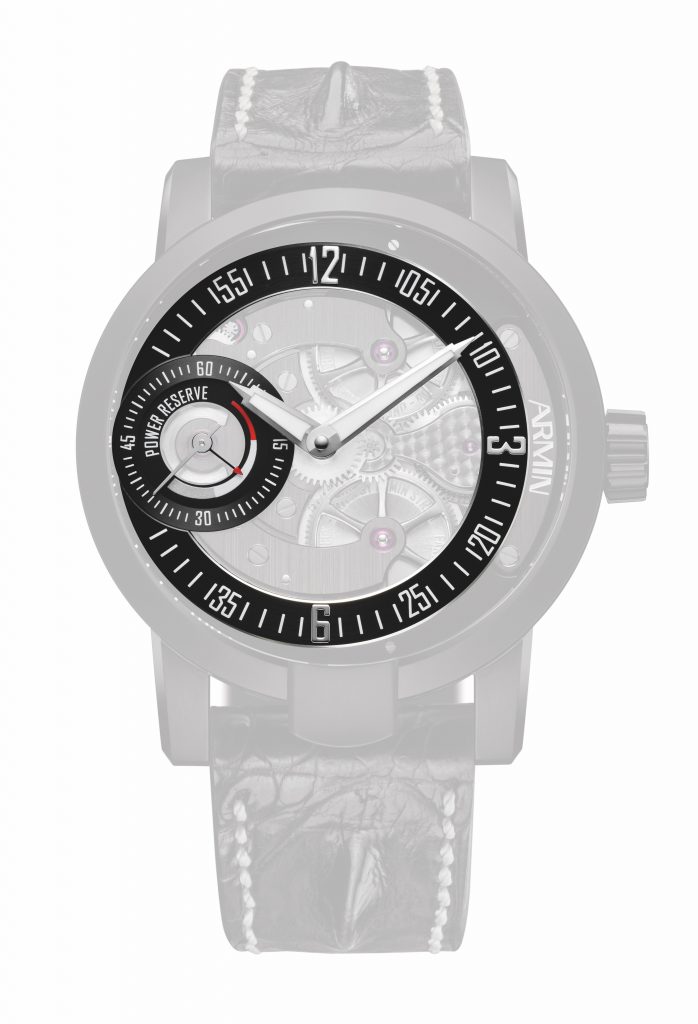 Armin Strom uses dial rings instead of full dials, as in this One Week Earth watch

Armin Strom is also unique in that it does not talk about dials, but instead about dial rings. These come in a variety of shapes and sizes and with sapphire discs that give the wearer an unobstructed view through the “dial-side” into the movement in keeping with the philosophy of showing off the beating heart of the watch. Those with an eye for detail will note that many of these rings are off center, like the hour and minute hands, which gives every Armin Storm watch a distinctive signature. 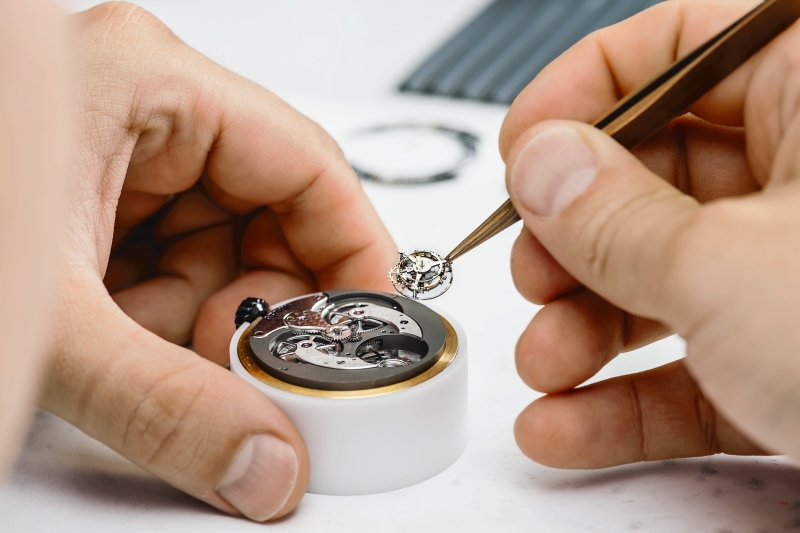 At Armin Strom, nearly all the components iin the movement are manufactured in the company’s own workshops. Only the escapement and balance spring are purchased from external suppliers. Specialist machine operatives at Armin Strom produce the tiniest screws, pinions and gear wheels on profile-turning machines, as well as bridges and the mainplate on CNC machines. An electro-erosion machine is used for cutting particularly small and fiddly components. Once produced, all components are finished and decorated by hand in the workshops by skilled craftsmen and then given a protective and aesthetic coating, also in-house. 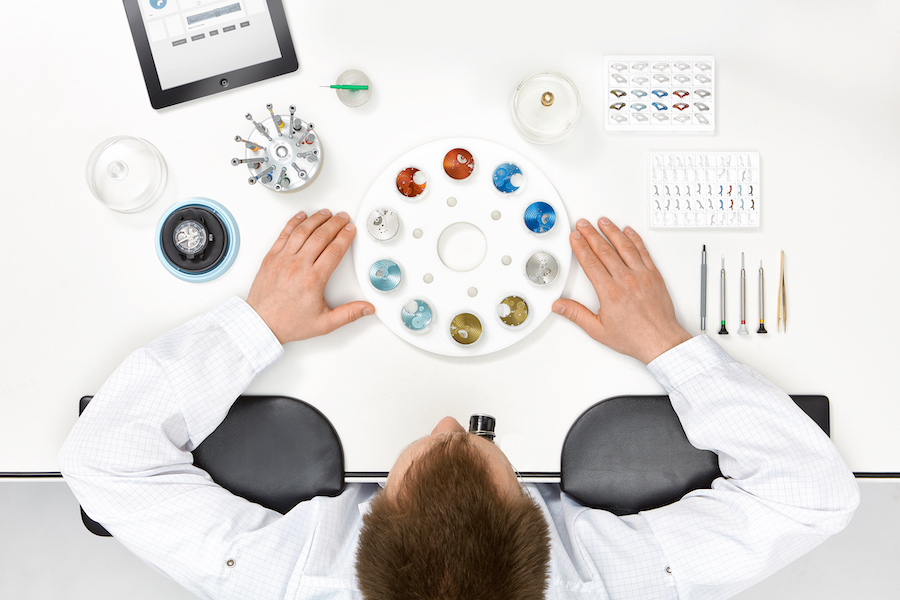 Armin Strom allows for a great deal of customization

This is another area where the brand faithfully follows in the footsteps of its founder. If you look at any watch in the collection, you will notice that each case design has a “lip” at 6 o’clock. This offers a larger space not found on other watches that can be used for personalization, as Armin Strom used to do for his individual customers. Using the brand’s configurator tool, you can even choose the font of your engraving and see how your initials (for example) would look on your ideal Armin Strom watch. Additionally, one can personalize almost the entire watch by using the brand’s innovative configurator. In fact, Armin Strom was one of the first brands to offer such customization.  The configurator also allows the buyer to choose the materials and colors for the different elements of the watch, from the case to the hands and even the color coating on certain components in the movement.

I Visited Ferrari With Richard Mille And Went Hands-On With The RM-UP 01
August 19, 2022

Watches That Made Their Debut At Couture Las Vegas Are In Stores Now
August 17, 2022