Cars & Watches: At COTA With Rolex For 2018 Formula 1 Racing 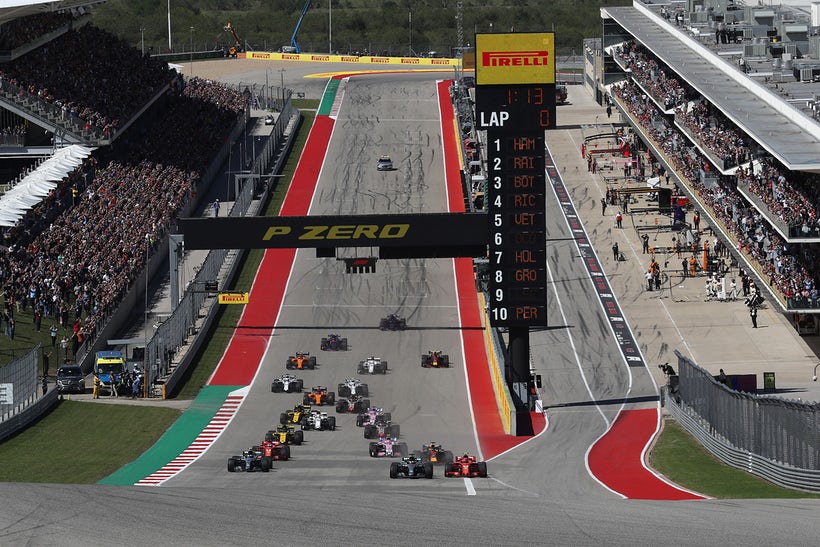 Formula 1 racing at COTA with Rolex

Recently, the 2018 FIA Formula 1 World Championship  season came to a dramatic finish. At the 21st and last Grand Prix event of the season,  taking place at Abu Dhabi’s Yas Marina  race track, Lewis Hamilton took pole position and was crowned World Champion for the fifth time. He beat his teammate Valtteri Bottas by 162-thousanths of a second and clocked in at 1.34.794. The exhilarating race reminded me of the wonderful fast-paced Formula 1 racing that I experienced last month with Rolex at the speedway in Austin. As such, this week we are focusing on watches and cars, bringing a host of articles relating to recent trips I went on during the height of the car-racing season.  Here we go to the famed Circuit of the Americas (COTA) in Austin for F1 racing during the  Formula 1 Pirelli 2018 United States Grand Prix that took place in late October. 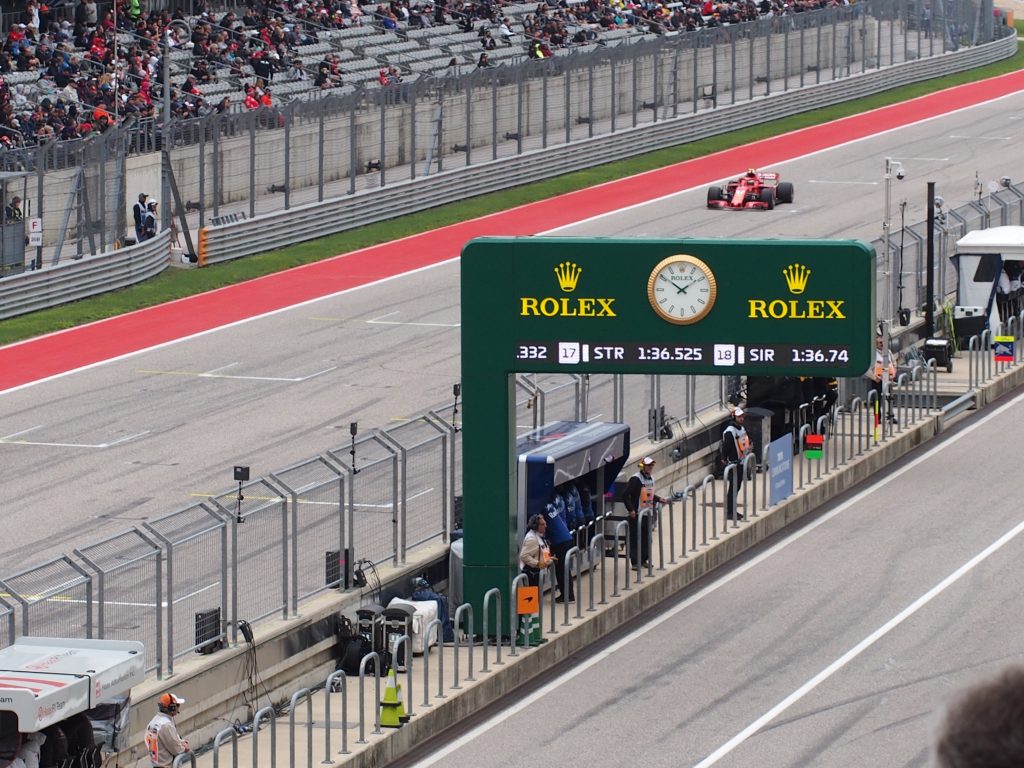 The Formula 1 Pirelli 2018 United States Grand Prix witnessed  F1 drivers magnificently maneuvering the 3.4-mile course for  56 laps and there to time it all was Rolex. Rolex has long been involved in motorsports, and, in fact, this year celebrates a 50 year relationship with  three-time FIA Formula 1 Drivers’ World Champion Sir Jackie Stewart, who became a Rolex brand ambassador in 1968. Additionally, Rolex has been involved in motor sports for more than eight decades. It was  more than 80 years ago that top driver Sir Malcolm Campbell broke a racing speed record wearing a Rolex Oyster.  Campbell had been a lover of Rolex watches and was often seen wearing one to races everywhere, including Daytona, introducing the brand to other drivers and propelling its presence on racer wrists even further. It wasn’t until 1959 that  Rolex officially partnered with Daytona International Speedway and subsequently created the iconic Rolex Daytona Cosmograph. 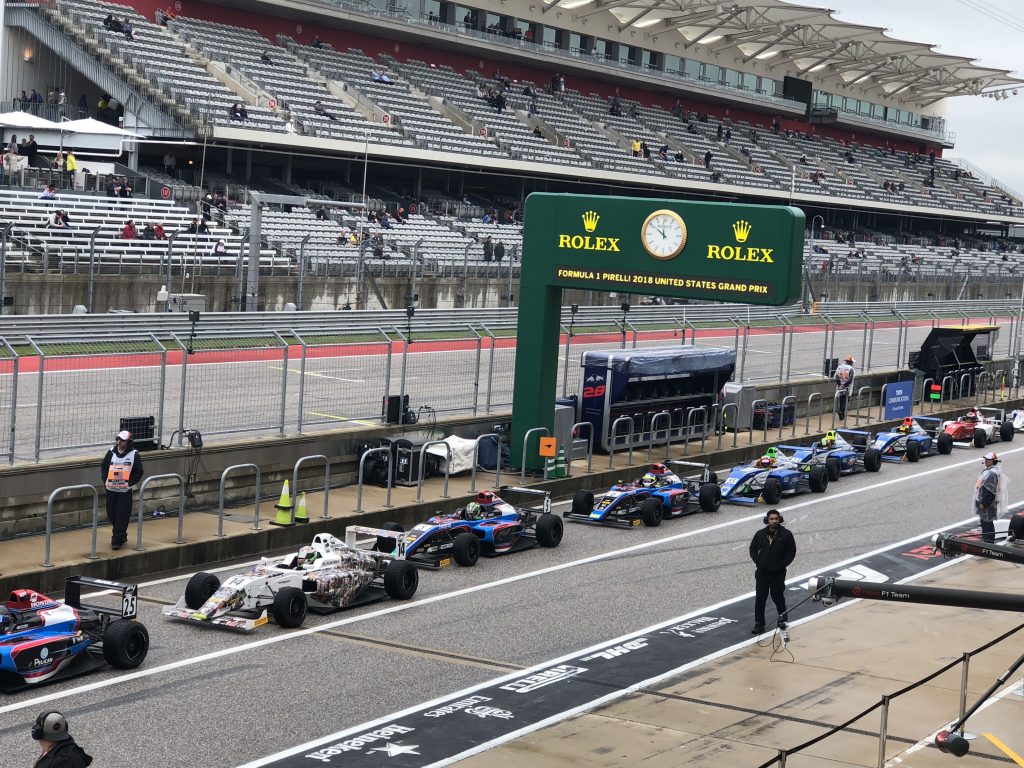 Rolex’s relationship with Formula 1, though, is relatively recent, as the brand became the  Global Partner, Official Timekeeper and Official timepiece for F1 races in 2013.  This year, the FIA   Formula One World Championship™ event — consisting of 21 races — took place in nearly two dozen countries around the world, and ran from March n until November. The event in Austin was one of the last. 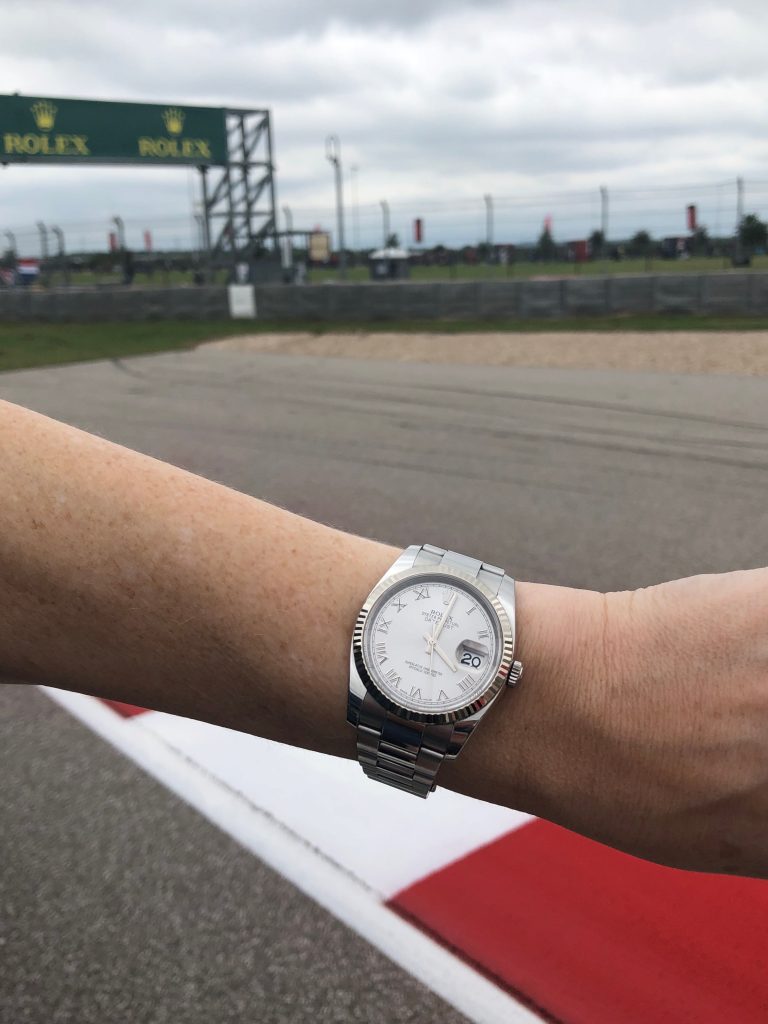 Rolex Oyster Perpetual watch on the track at Circuit of the Americas during F1 racing (Photo: R. Naas)

One of the most prestigious luxury racing schedules in the world, Formula 1 is where materials, machines, precision and performance all come together — with Rolex timing it all right down to the thousandths of a second.  The winner of the  Formula 1 Pirelli 2018 United States Grand Prix at COTA was Kimi Raikkonen, who completed the course in one hour, 34 minutes and 18.643 seconds, trailed by Max Verstappen – who was just 1.281 seconds behind him.

The COTA track was opened in 2012 by Mario Andretti, one of the few American drives ever to win the Driver’s Championship (1978).  Before him, Phil Hill won in 1961. America doesn’t seem to be the breeding ground for F1 drivers like Europe is, as most American kids aspire to American-born racing styles like Indycar and Nascar. 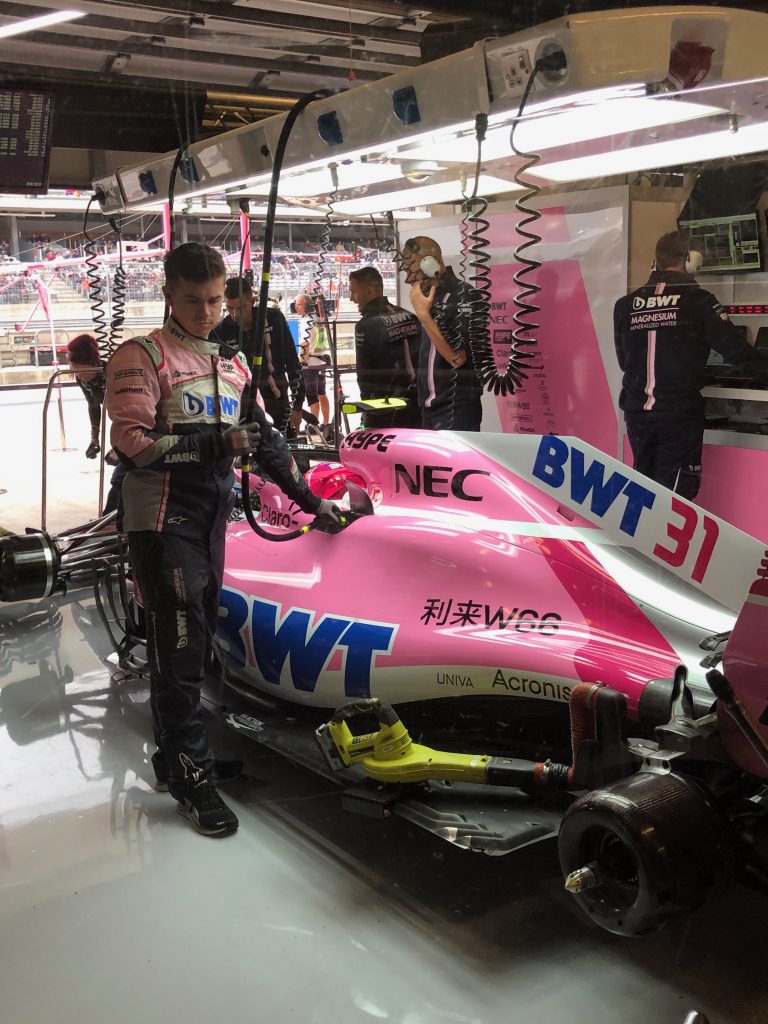 In the garages at COTA with Rolex for the Formula 1 Pirelli 2018 United States Grand Prix (Photo: R. Naas)

What was so incredible about that event was the access Rolex was able to grant just a handful of select journalists to the brand’s ambassadors and to the Formula 1 control center, timing center and more. It was an unparalleled experience to see first hand how controlled Formula 1 racing — and all of the media communicated around it — really is. 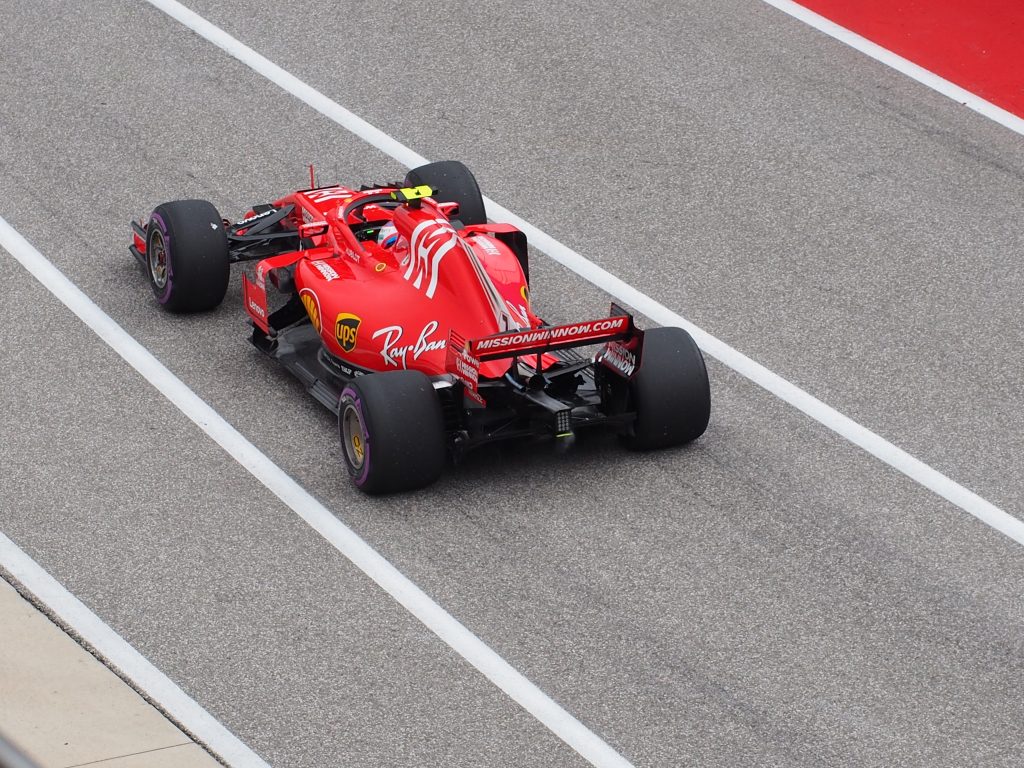 Formula 1 puts more than  450 pieces of equipment on the track and on the cars to keep a vigilant eye on everything that takes place, tracking data and gathering information for dissemination. Transponders are on front and back of each car, and at different locations on the track. High-tech cameras, microphones, sensors and other equipment are also strategically placed to capture every aspect of the races down to the milliseconds. Every car’s speed, steering angles, braking and other functions are delivered to operations on a real-time basis via all of the equipment. 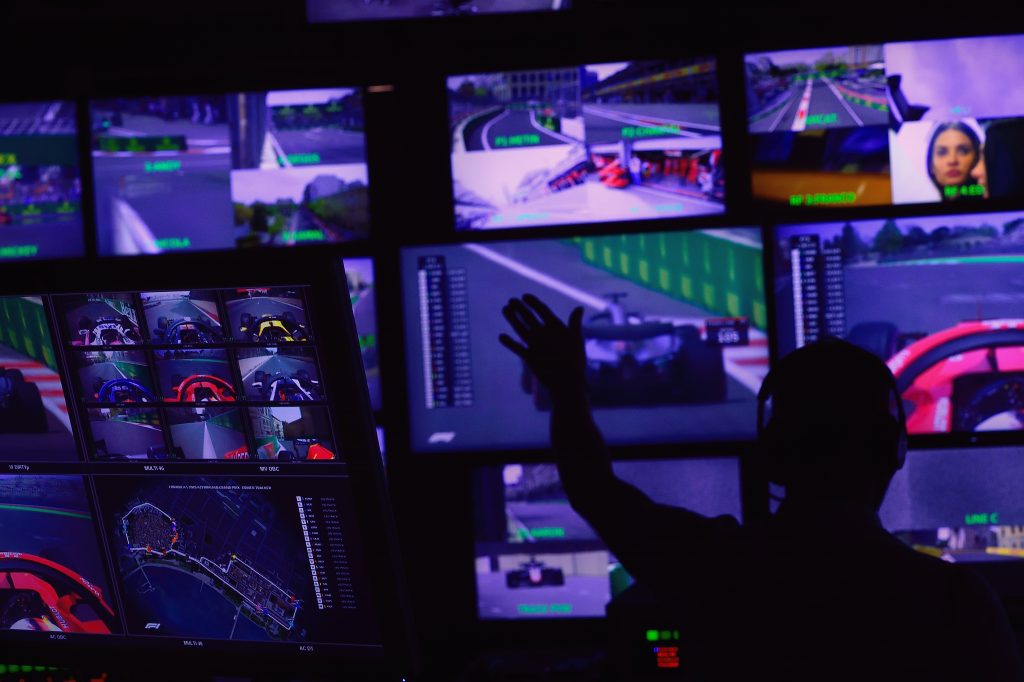 Inside the F1 communications center

While the state-of-the-art timing room and communications center are like technological cities unto themselves, it is astounding to hear that  — for the sake of continuity at all races in the year — Formula 1 actually transports those centers and equipment to every circuit. In fact, it has the largest, most complicated transportable data system in the world. Each room in the steel structured center is actually build directly into shipping containers. At the end of a race, all of the equipment is closed down, packed tightly into place, and flown to the next city. Set up of the elaborate systems — consisting of 160 tons of operational freight — can be done in a matter of days, and closing down can be done in less than a single day. 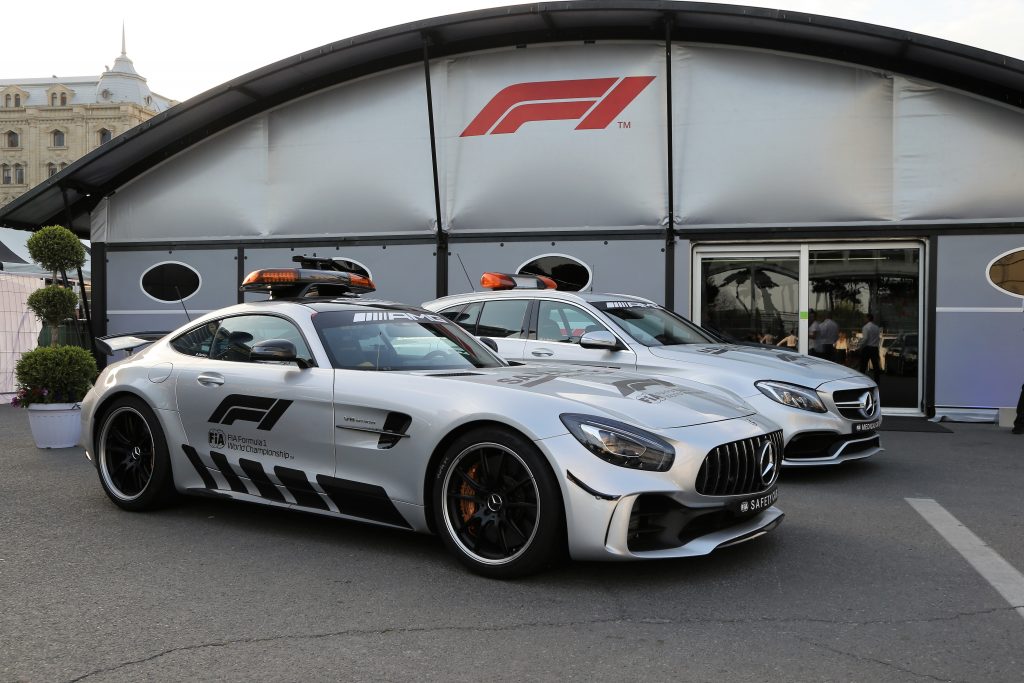 The F1 communications center is cordoned off from the pit lanes and only a few get access to the center.

According to Andrew James, technical director for Formula 1, the concept of having a single operations center was born about 13 years ago in 2005 in order to streamline processes and to have full control over timing, broadcasting and messaging in every single country and city the races take place. FIA, the governing organization for F1 races, can now guarantee that with all of its own equipment and an entire staff that travels, as well, the broadcast center puts out information via  an international feed that is just milliseconds behind real life and that is consistent from track to track.

“Everything you see on TV from 5 minutes before the race until after the podium, is delivered by us,” says James. “The reason we can do races all around the world a week apart is because it is all the same everywhere. This biggest and most complicated transportable data system in the world gives us the continuity we need to be exacting and precise.” 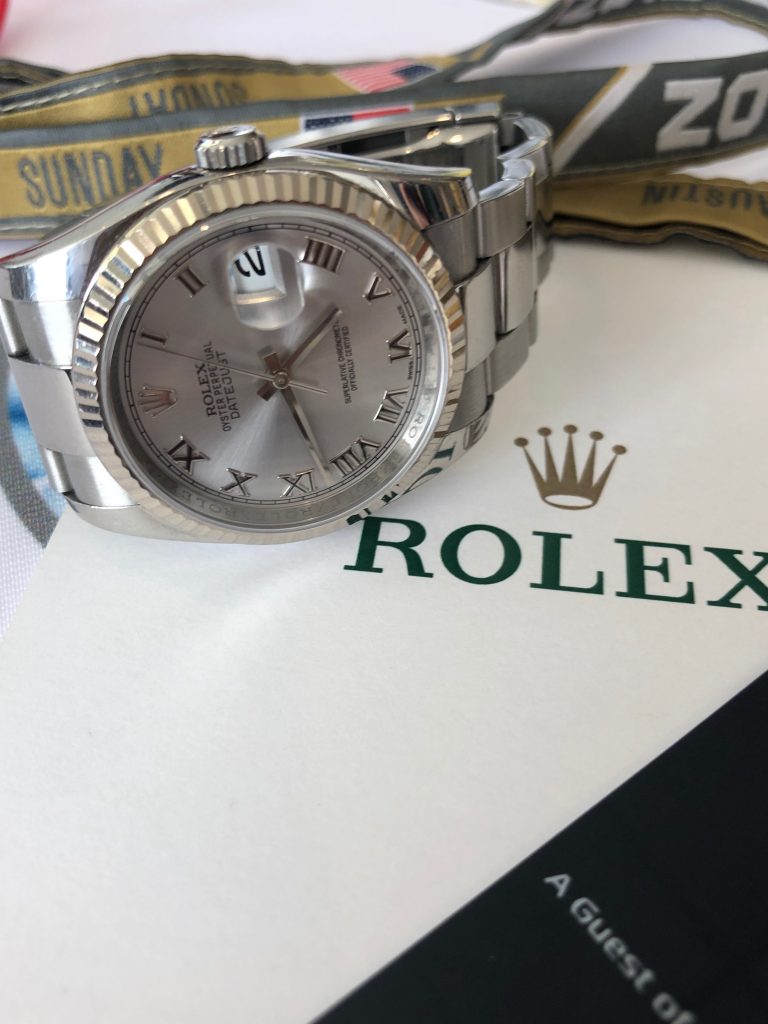 Rolex is the Official Timepiece and Timekeeper for F1 racing.

That consistency, that performance, that precision is indicative of F1 racing and the cars themselves. It all comes full circle now with Rolex on board as a title sponsor of some races and as the precision timekeeper.