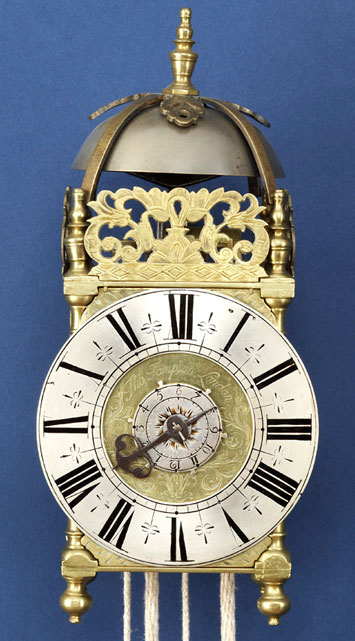 A mini lantern clock in base metals from Tompion.

Lover of fine antique clocks and watches – take note. A once-in-a-lifetime exhibit is opening at the National Watch and Clock Museum in Columbia, PA, USA – one you won’t want to miss. Beginning today and running through January 9, 2014, an exhibition called “Majestic Time” features the largest collection ever assembled of clocks, watches and sundials by the famed Thomas Tompion – one of the foremost clockmakers of the 17th century. 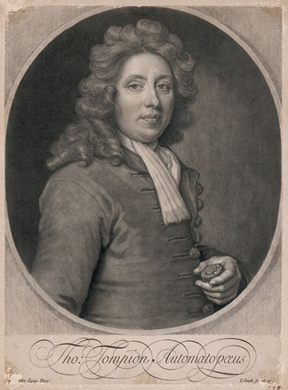 The collection is assembled just in time to commemorate the 300th anniversary of Tompion’s death (1639-1713).  Tompion built precision clocks for the Royal Observatory at Greenwich, as well as creating ornate clocks and repeating pocket watches for society aristocrats. Known as the founder of English clockmaking,

Tompion made 700 clocks in his lifetime and nearly 7000 watches – no easy feat in a day when metal was cut, smoothed and finished entirely by hand. Tompion also produced precision sundials to ensure that customers who commissioned one of his clocks could always set the clock accurately according to correct solar time. In 1713 Tompion was the first clockmaker granted the honor of burial in London’s Westminster Abbey. 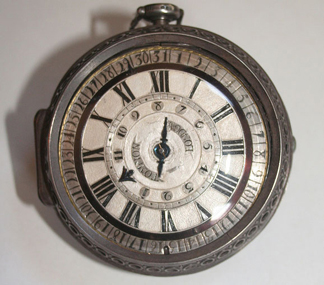 One of Tompion’s mid-17th century watches.

Majestic Time, at the National Watch and Clock Museum, is a truly unparalleled collection: never before have so many Tompion creations been on public display in one place—a singular occurrence that may never be repeated again in North America. The collection’s British owner was determined that the 300th anniversary of Tompion’s death merited a special exhibition.  After considering several European options, he decided to bring his collection overseas for a brief appearance at the 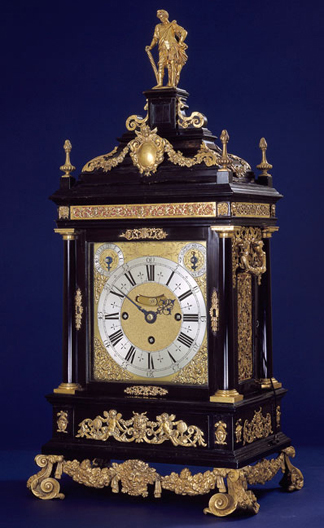 2013 NAWCC “Time for Everyone” Ward Francillon Time Symposium in Pasadena, CA.  That exhibition has now been transplanted to the National Watch & Clock Museum in Columbia, PA, for this limited two-month engagement.

To be able to display so many examples of Tompion’s work at one time is a truly once-in-a-lifetime opportunity, says the very knowledgeable Noel Poirier, museum director. Indeed, this is one exhibition not to be missed—make your family holidays this year one of travel and time.  For more information visit nawcc.org.