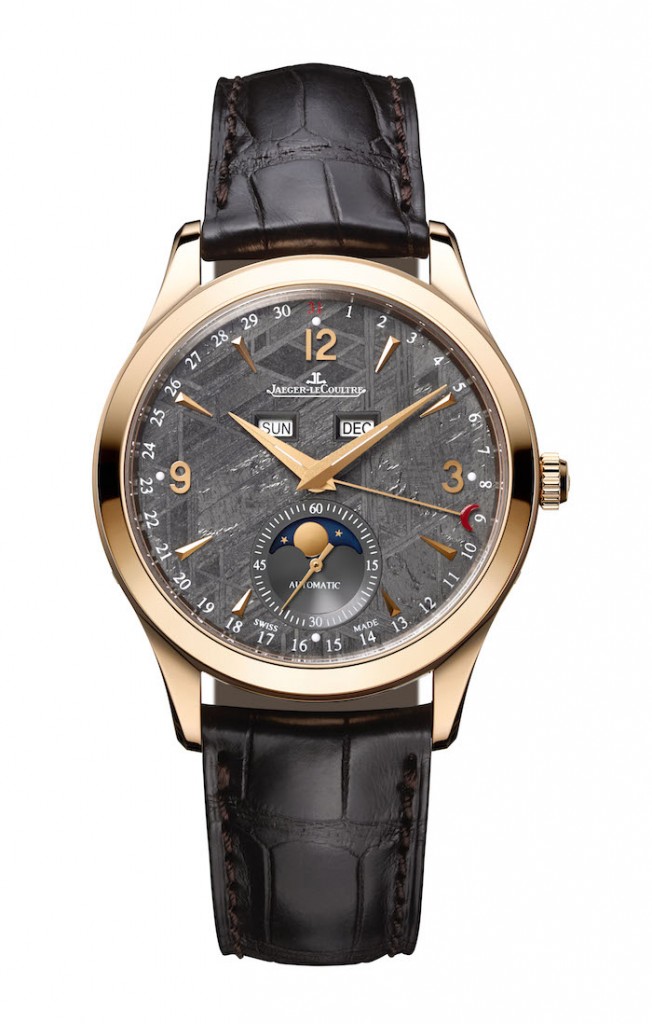 The meteorite used in the dials of the Master Calendar were found and registered in Sweden.

There has been a lot of talk lately about the use of meteorites as dials in watches – something certain brands were doing decades ago. Today, there are just a handful of luxury watch brands that procure meteorites and transform them into ultra-thin slabs for use as a watch dial. Jaeger-LeCoultre is one such brand. In its newest Master Calendar watches being released officially at SIHH in January in Geneva, the brand turns to these celestial fragments from space to continue its astral theme that encompasses astronomical watches, starry celestial watches and more.

First we want to make a distinction here, the Master Calendar complete calendar watch is not new for 2015 – only the use of meteorite for the dial is new. But it is a beautiful new look. To make the dial, Jaeger-LeCoultre utilized a single block of meteorite that was discovered and registered in Sweden and is believed to come from the asteroid belt that lies between Mars and Jupiter. The block has been cut multiple times by stone-cutting specialists into thin slices and then prepared via polishing and other finishing. 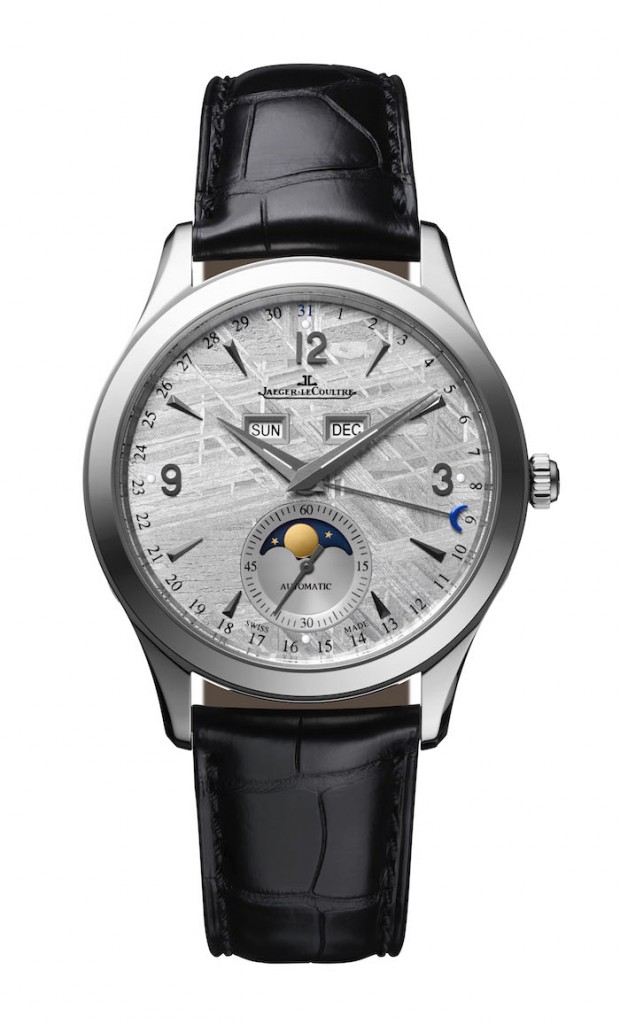 The meteorite dials undergo a host of cutting and polishing steps before being dial ready.

The concept of utilizing meteorite for the Master Calendar — offered in stainless steel and in 18-karat roes gold – makes sense, as the calendar, complete with moonphase indicator, is one of the more useful functions. The 39mm watch with sapphire crystal and caseback is powered by the Jaeger-LeCoultre Caliber 866 mechanical automatic winding movement composed of 305 parts. In addition to hours, minutes and seconds the watch displays the day, date, month and moon phases. It is equipped with 43 hours of power reserve. While prices are not yet firm, it is expected that the steel version will sell for about $13,00 and the rose gold version for about $25,500.