Picnics Aside, Memorial Day Is About Remembering Those Who Died In Service Fighting For Our Freedom 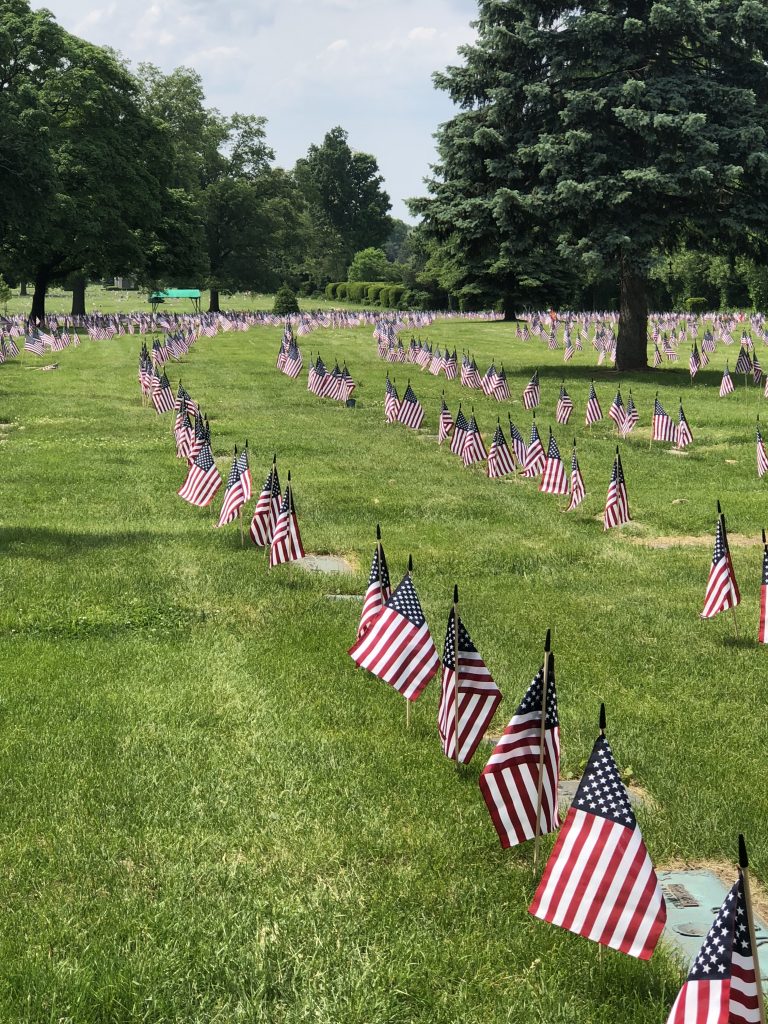 Memorial Day … at the cemetery.

Memorial Day weekend is upon us, and — without being a Debbie Downer — I want to embrace my patriotism and I just want to remind everyone that this is a time to celebrate our fallen heroes — those who fought for our country and our freedom and died doing so.  It was in 1868 that Memorial Day was officially proclaimed. Originally, the day was called Decoration Day, and was developed as a day of remembrance in America for those who have died in our nation’s service. It is a day where the American flag runs high – not only in cemeteries, but also on flagpoles around the country and in the homes of those who have served and continue to serve.   On Memorial Day weekend,  when I go  to the cemetery to pay my respects to my father (a marine in World War II) and uncle (in the army in World War II), I am always struck by the beauty of the vast number of American Flags waving and standing tall — making the graves of so many brave who served in our armed forces,  fighting  for our freedom.   Bravo and thank you.