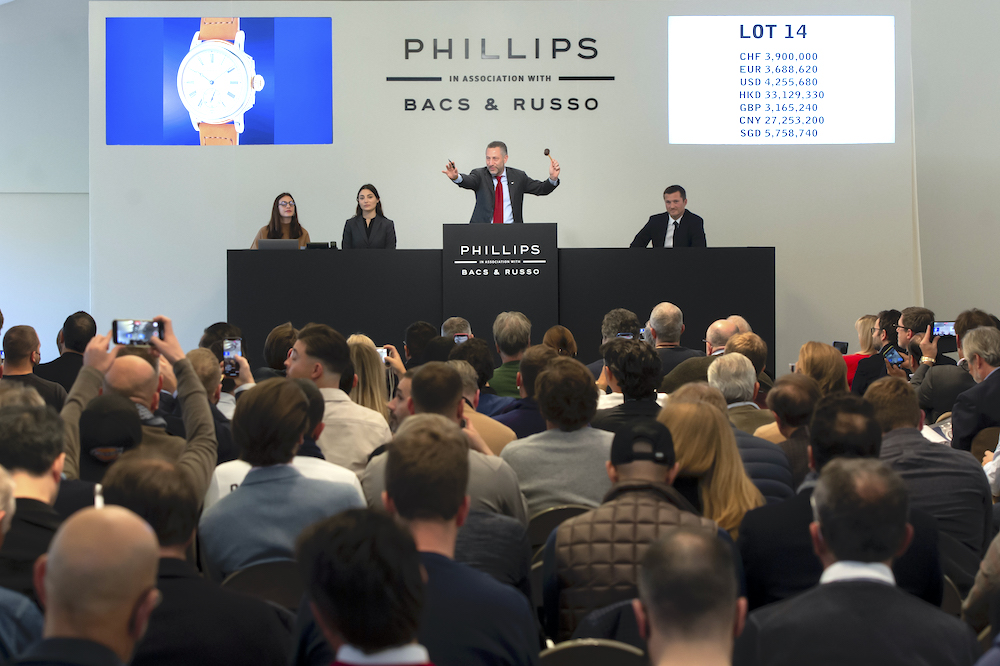 It was an incredible weekend in Geneva, where so many events took place, including the Grand Prix de Haute Horlogerie Geneve (GPHG), Only Watch 2021 auction and the Phillips in Association with Bacs & Russo Geneva Watch Auction XIV, which set a record for the highest ever sale total in watch auction history. The two-day event achieved CHF 68.2 million — or $74.5 million.  That total is more than double the previous record and is a clear sign that vintage watch sales are soaring in popularity.

A record was set with the Philippe Dufour Grande & Petite Sonnerie Wristwatch that sold for  CHF 4.75 Million, the highest auction price for any watch by an independent watchmaker. Additionally, world records were set with an Omega and a Roger Smith. An F. P. Journe wooden watch box — without watch — even sold for an incredible CHF 80,000. (Maybe that’s a clear signal that the watch collecting world may be going a bit insane.) 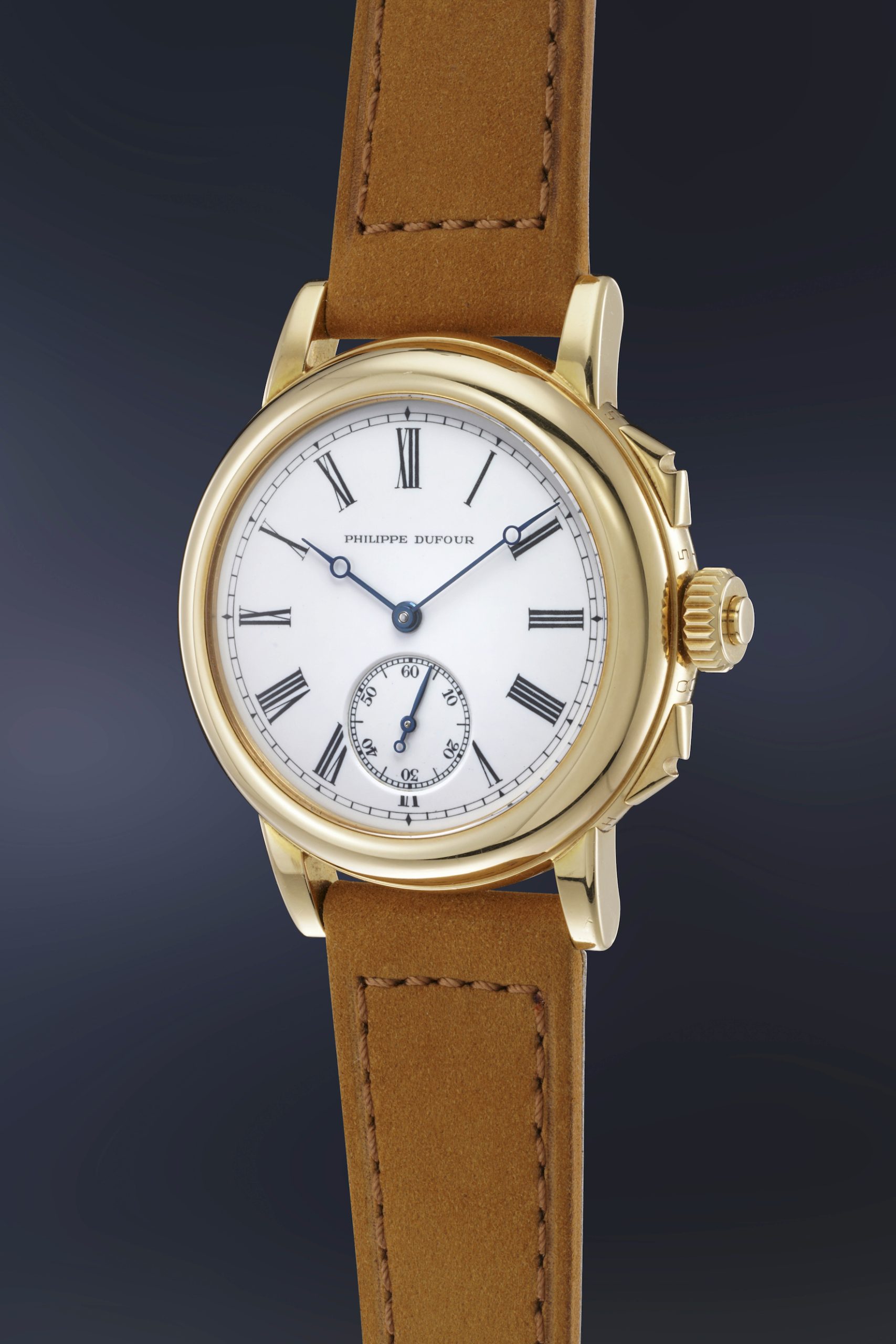 Philippe Dufour, lot 14, at the Phillips in Association with Bacs and Russo Geneva auction

The auction totaled 248 lots and every lot sold, with 12 timepieces retailing for over $1 million. As mentioned, a Philippe Dufour watch commanded the highest price, but there were also three others sold at the auction and the total for these four watches alone was nearly $12 million. 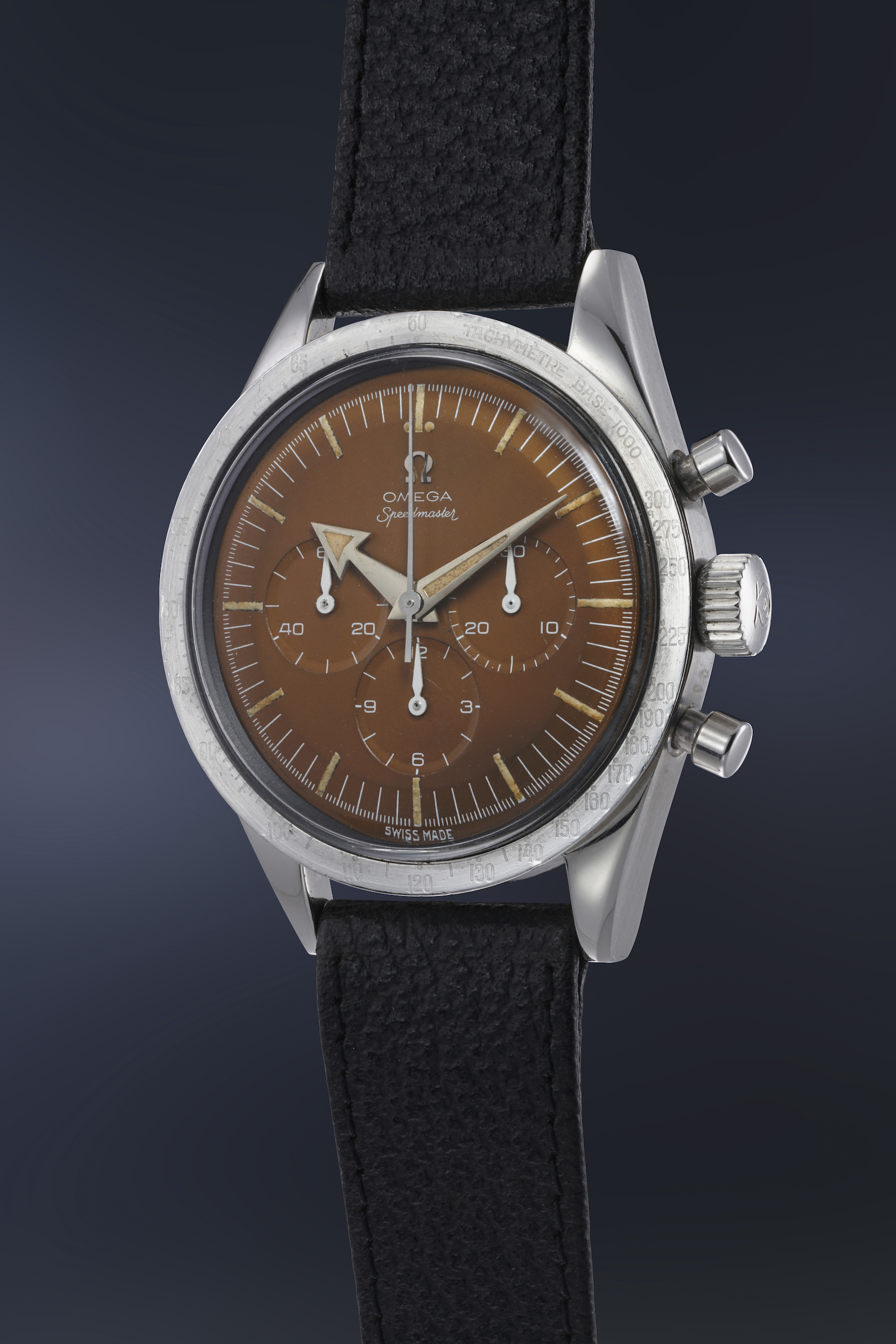 The Omega “Tropical Broad Arrow”, smashed the world record for any Omega watch, selling for an impressive CHF 3.15 million (lot 53).

There were two impressive Patek Philippe watches among the top 10 lots sold, including a Ref. 2499 yellow gold watch that sold for CHF 3.53 million and a white gold Ref. 2497 that is one of only three known of its kind ever made. That watch sold for CHF 2.82 million. A 64-year-old Omega Speedmaster watch, nicknamed the “Tropical Broad Arrow”, smashed the world record for any Omega watch, selling for an impressive CHF 3.15 million (lot 53). 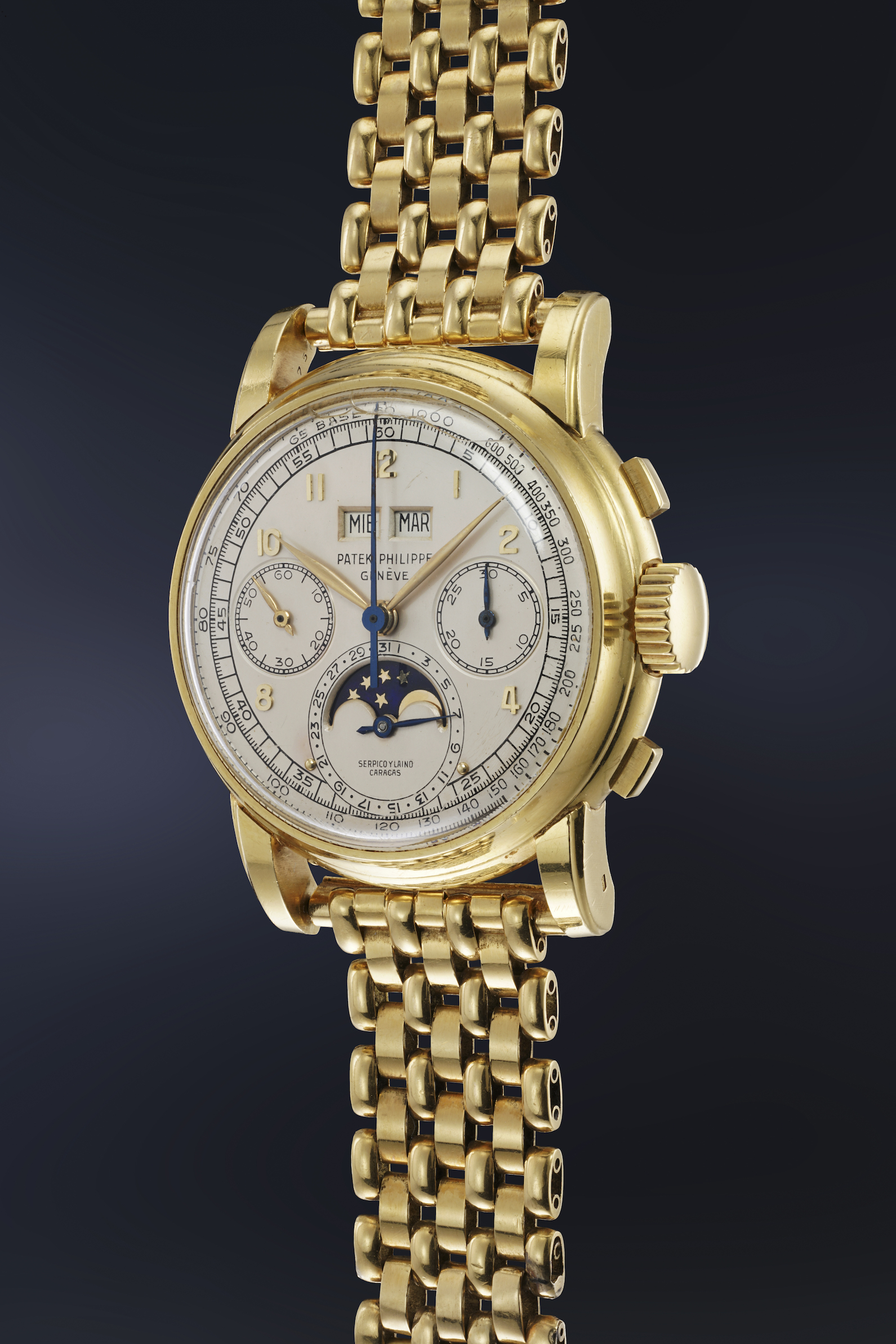