Peter Speake-Marin Talks about Time and the new Triad 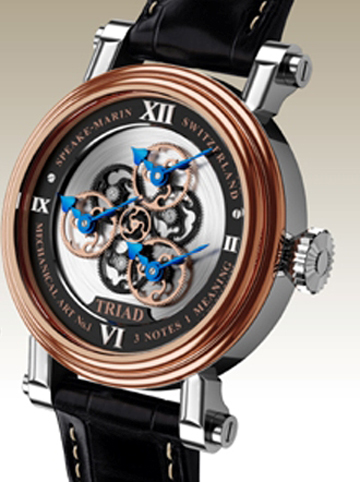 I’ve known Peter Speake-Marin for many years now. In fact, I even included some of his amazing timepieces in my most recent book, “Jewels of Time.” Peter is a rare breed. Not only is he a top watchmaker with incredible ideas as to the purity of watchmaking, but also he is a deep and forward-thinking individual.  Just last week in BaselWorld 2013, Peter unveiled his new Triad watch. Here he shares his thoughts on this timepiece and on watchmaking.

“My designs come from my soul, from the way I see life,” says Speake-Marin. “They represent who I am as a watchmaker and as a person.”  While Speake-Marin’s designs have always been incredibly individualistic, his work took a turn a few years ago after a particularly difficult experience.  With some personal reflection and regrouping, Speake-Marin found a way to bring his designs into timepieces that could reach more people, but still express his inner self. 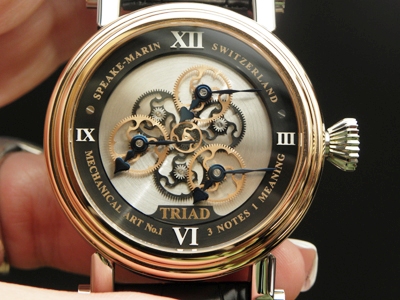 A close up look at the Triad

The newest watch, the Triad, does that. Built in the signature Piccadilly case (remember, Peter is British), the Triad uses his own in-house developed Eros 2 automatic movement and depicts the significance of the number “3,” which some cultures feel is a perfect number. The concept reflects a Triad (a three-note chord) in music, where three notes are played simultaneously to produce a rich sound. With the words “3 Notes, 1 Meaning” engraved on the dial’s perimeter, Speake-Marin makes his own statement on time – using three  hands that move in harmony together to offer one time in a beautifully majestic manner.  The signature blued rotor takes its shape inspiration from a topping tool.  The watch took just about one year to create and just 88 pieces in steel with a rose gold bezel will be made – each retailing for approximately $28,000. 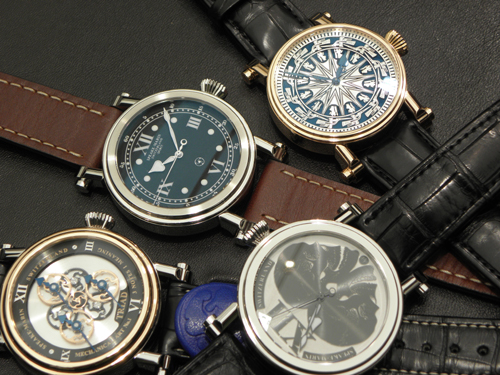 Above, you can see a selection of diverse timepieces from Speake-Marin — with the Spirit watch (the brown strapped one in the middle) starting at about $7,000. 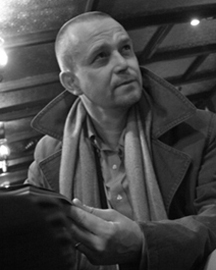 “Watchmaking is art, just like music and paintings,” says Speake-Marin. “This is very different from anything else done before because it is out of context; it is subjective. That’s the beauty I see in it.”