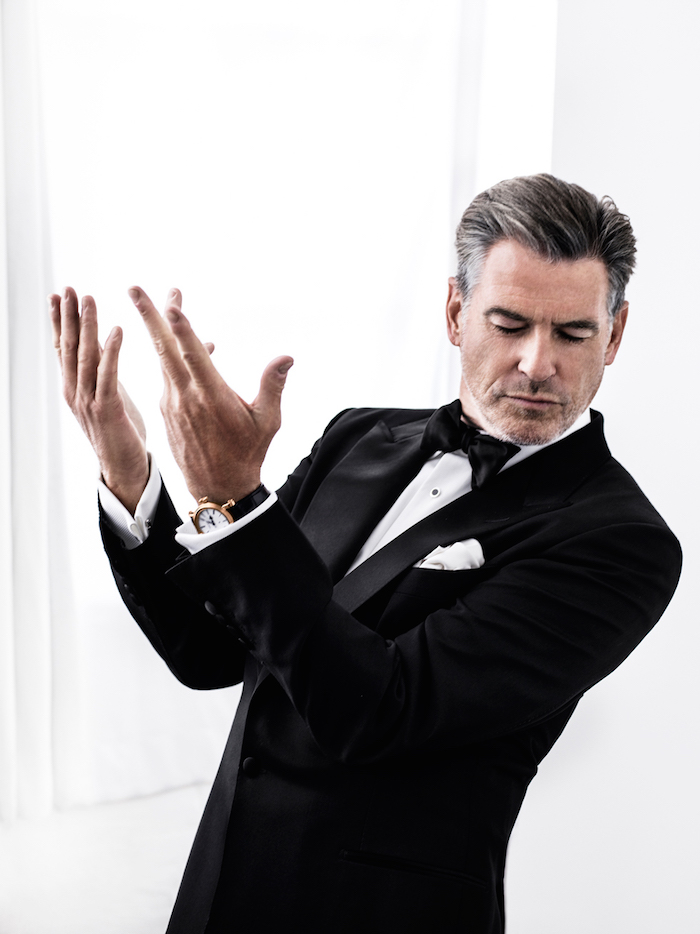 Easily one of the worlds best known actors, Pierce Brosnan has joined forces as brand ambassador (for three years at least) with Peter Speake-Marine – a watchmaker and brand that we think the world of here at ATimely Perspective.

One of the J-Class watches by Speake-Marin

Brosnan’s roles range from Remington Steele to Thomas Crown, and, of course, the iconic persona of James Bond. In 2015, he will appear in The Moon and the Sun, It, Last Man Out and Survivor. Peter and Pierce met on the set of one of Brosnan’s recent films – where Peter was a consultant for a watchmaker character in the movie. The two struck up an immediate friendship – talking the artistic worlds of films and watches.

Says Brosnan, “A lover of watches, I appreciated his [Peter’s] genuine passion and subsequent designs. … When Peter asked me to be an ambassador for his work it was a simple answer.”

The renowned Swiss photographer Marco Grob shot the campaign in his New York studio, where his mission was to capture the shared values of Brosnan and Speake-Marin: elegance, simplicity, independence and courage.