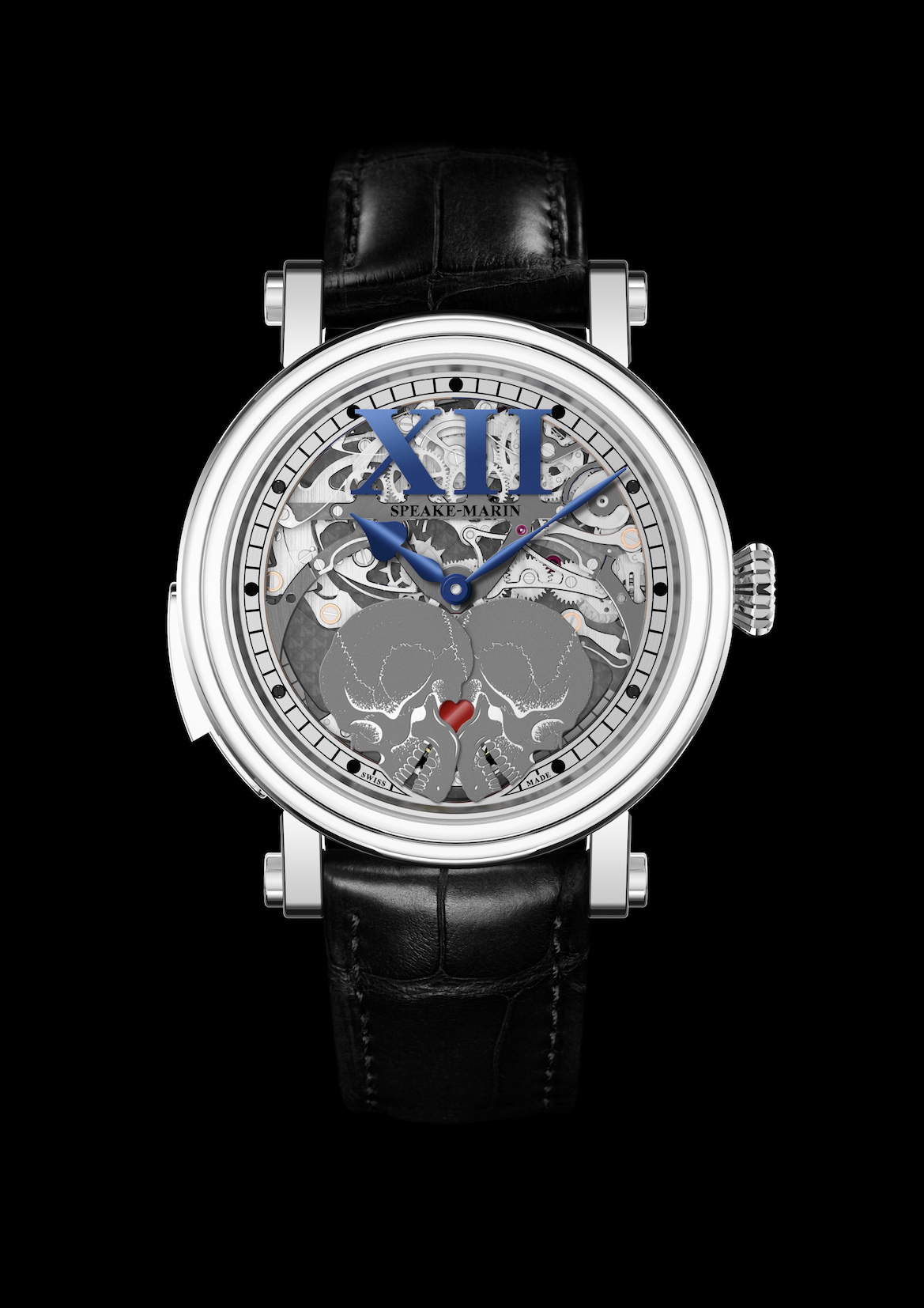 Moving skulls, a minute repeater carillon, a tourbillon … does it get much better? The newly unveiled (you can see it at Baselworld) Peter Speake-MarinCrazy Skulls watch is — well — a little bit crazy. Of course, that’s what makes it so exciting. If you know Peter Speake-Marin as I do, you know that the gentle man with a heart of gold and a spiritual sense has a lot of creativity pent up that is making its way to his persistently perfect watches. The Crazy Skulls is one such example. 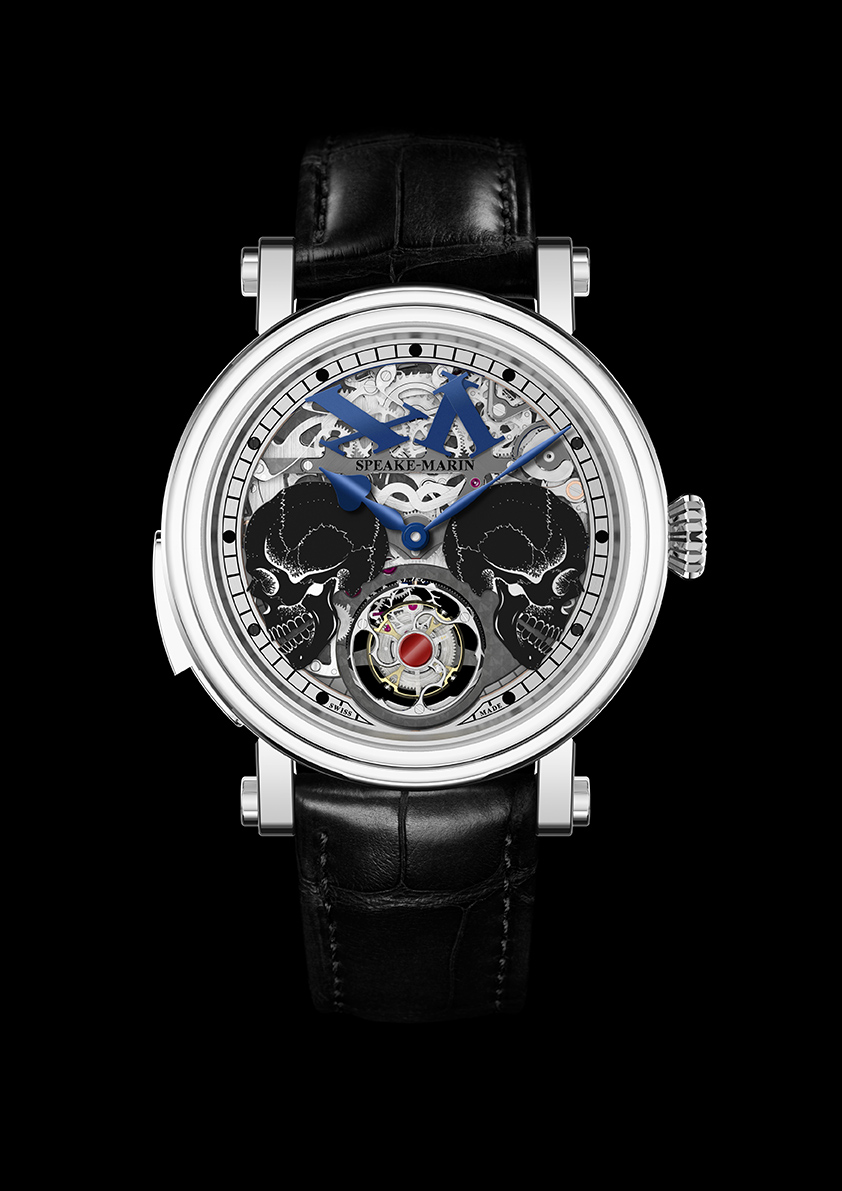 In the Peter Speake-Marin Crazy Skulls watch, the two skulls separate to reveal the tourbillon beneath them.

Speake-Marin has been creating skull watches for more than a decade, predominantly because he has long been fascinated with the Memento mori philosophy on mortality.The idea that life is short and you have to appreciate every moment we have. What makes the new Crazy Skulls watch so different is the fact that it is the first time he has combined skulls with so many technical masteries.

As mentioned, this watch has a host of important  features and functions. To begin with, there is the minute repeater carillon. In a carillon, there are three gongs instead of two, enabling dual-tone sounds for the chiming of the quarter hours and minutes.

“I choose the harmony of the gongs just by hearing them,” said Speake-Marin as we sat together exploring the watch. According to Speake-Marin, Crazy Skulls tells the story of two souls linked through the death by a heart, visible in between the two skulls.The heart is symbolized by the new  60-second tourbillon.

On the dial, two skulls face each other at 6:00, and when the minute repeater carillon is activated, the two skulls move apart, revealing the 60-second tourbillon beneath and between them. At the same time, the numerals at 12:00 seem to fall apart until the chiming is complete and the skulls reunite – rejoining the numerals as well. 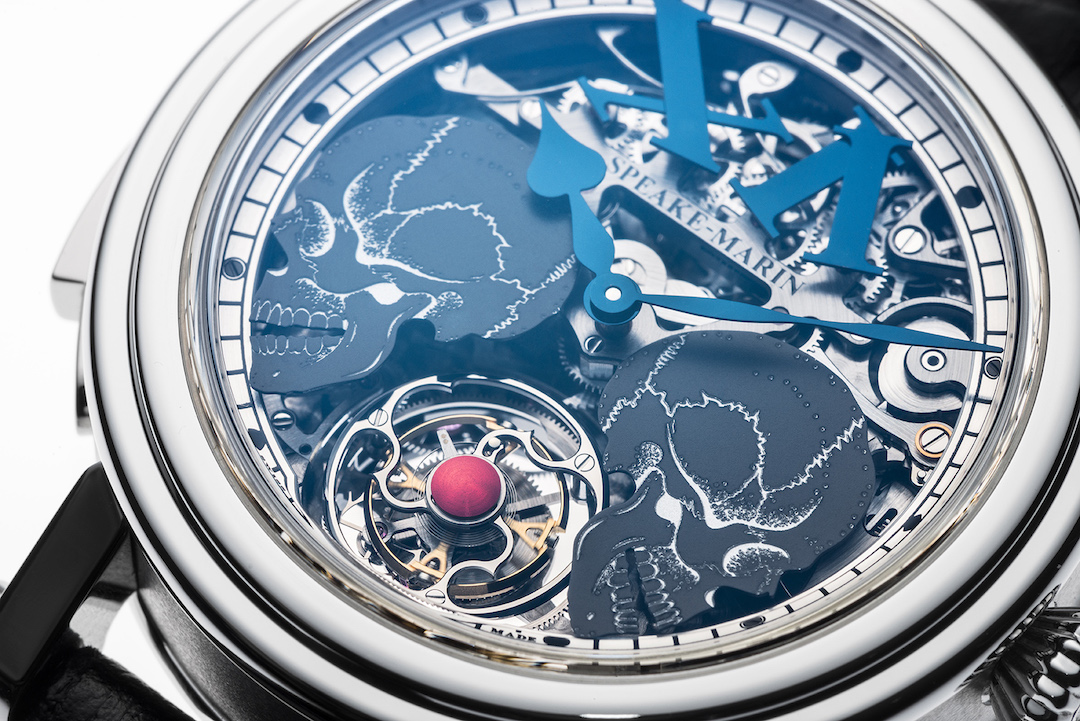 The Dial of the Peter Speake-Marin Crazy Skulls

In the Peter Speake-Marin Crazy Skulls watch the dial is intricately linked to the movement. It features the double skulls — either in gray or in black aluminum — over a skeletonized movement. The movement, which is visible partially from the front and also from the back of the watch, is intricately hand finished to exacting standards.  The tourbillon cage  is supported by a paddle-shaped bridge offering clear visual access to the surrounding gears below. The bridges and main plate are circular-grained with polished screw heads and polished countersinks. 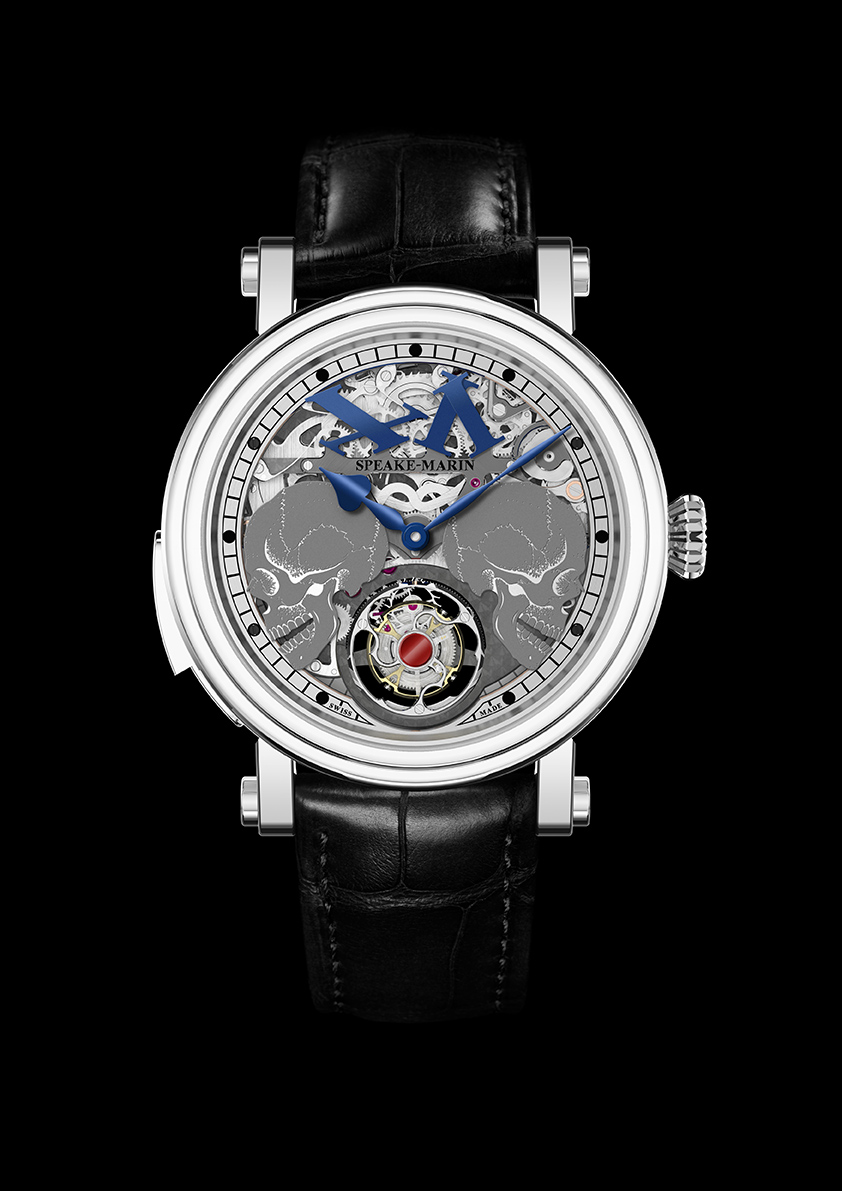 When the skulls move aside to reveal the tourbillon, the numerals at 12:00 also “fall apart.”

Crazy Skulls is offered in two unique versions: one with grey skulls; one with black skulls, each retailing for just under $400,000. Each is an incredible work of philosophy, dedication, watchmaking prowess, elegance and a dose of reality. It’s all in how you look at it, and at life. 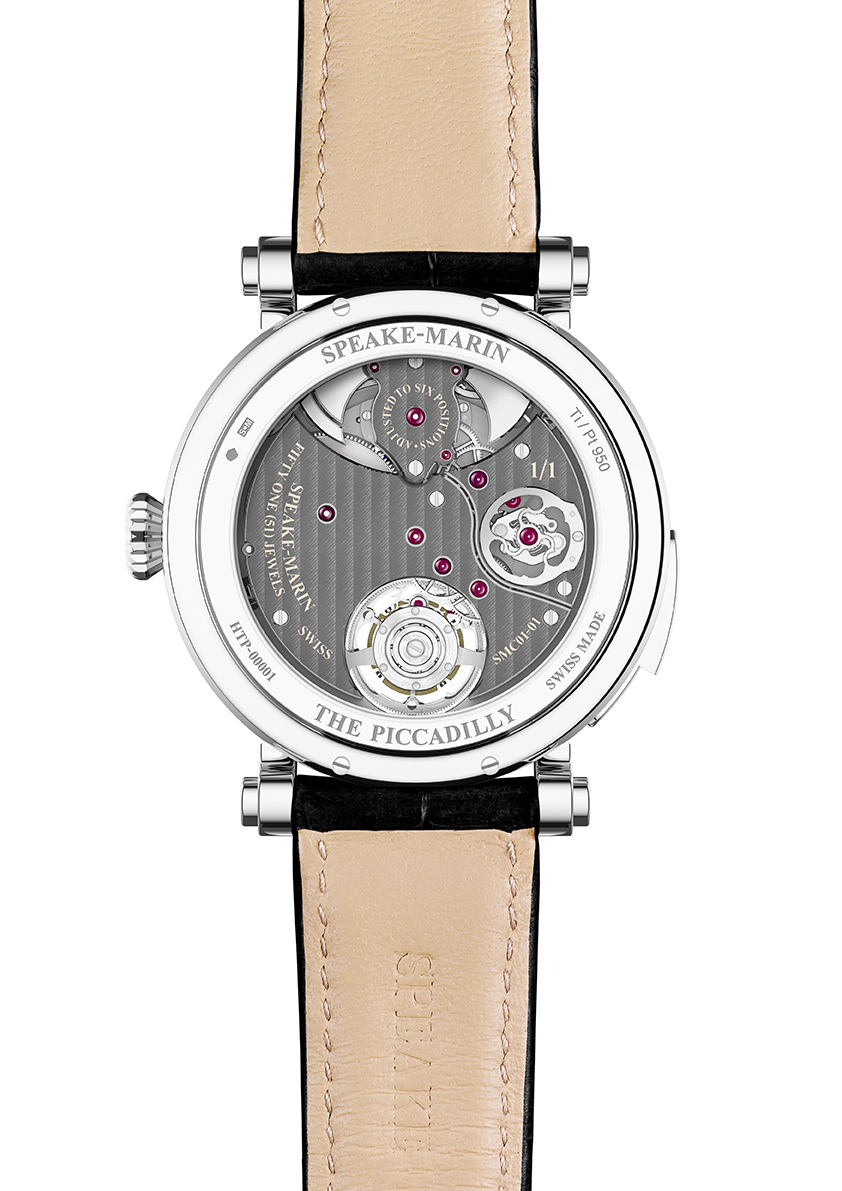 You can see the hammers of the carillon on the Peter Speake-Marin Crazy Skulls on the reverse side of the watch.