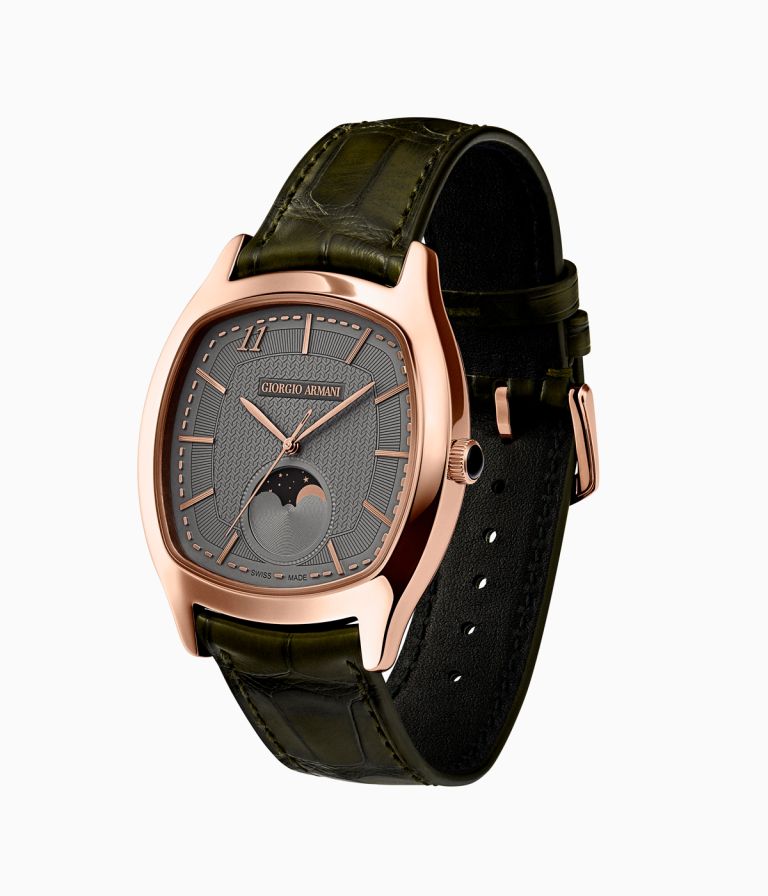 Long awaited, the fruits of a collaboration formed a couple of years ago now comes to fruition: Giorgio Armani enters the fine watch world with Swiss watch brand Parmigiani Fleurier.  The watches are befitting of the creations Giorgio Armani conjures. It was in December of 2020 that this dynamic duo (Parmigiani and Armani) announced that they would be partnering on the new watch collection. Now, the Giorgio Armani 11 Collection is out. 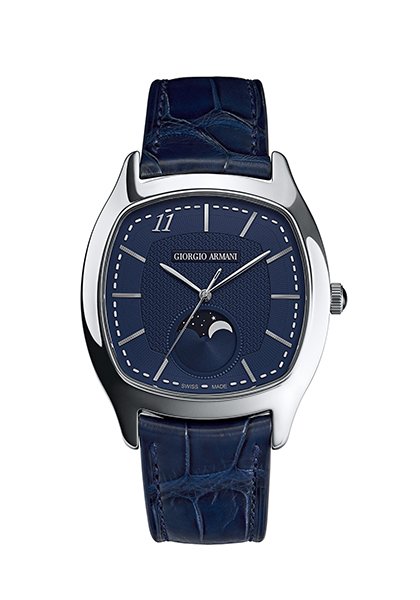 Steel and gold versions of the Giorgio Armani 11 Collection watches made by Parmigiani Fleurier are being offered.

Named for the street number of Armani’s headquarters in Via Borgonuovo in Milan, the collection consists of five different cushion-shaped models and just 200 will be made in total. To be clear, this is not a co-branded Armani and Parmigiani Fleurier watch. It proudly bears the Giorgio Armani name on the dial. The fact is that Armani knows the house is not a watchmaker and turned to Michel Parmigiani to strike up a deal wherein Parmigiani Fleurier – known for its discreet and sophisticated watchmaking – would build the 11 Collection. 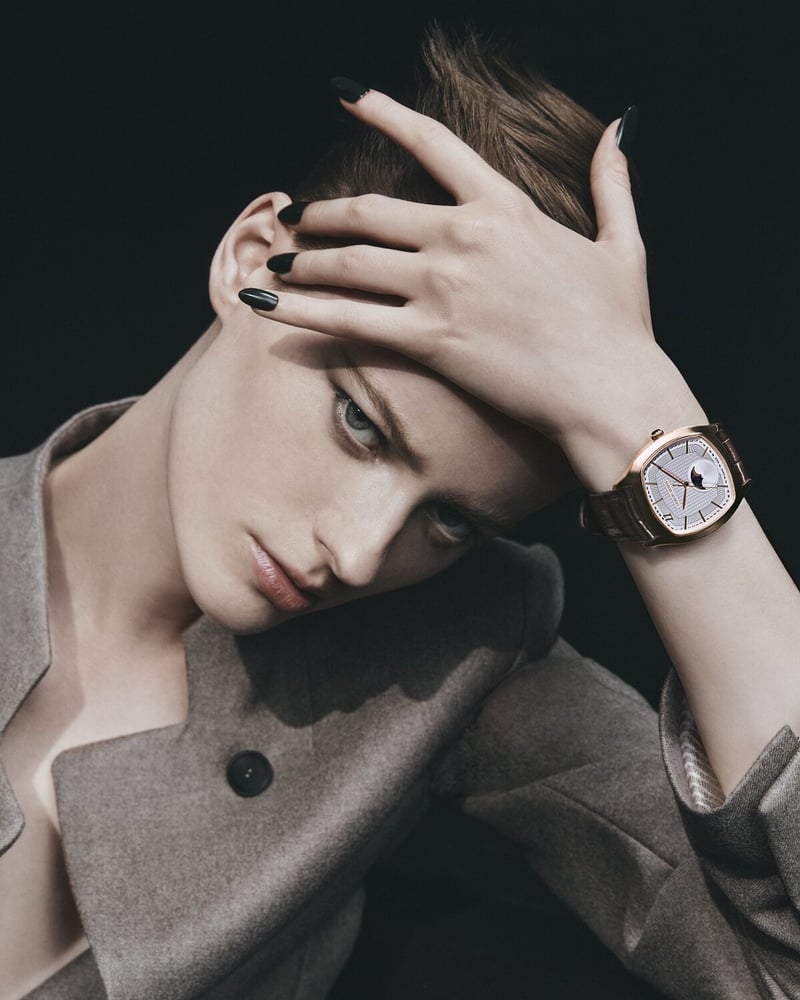 Giorgio Armani 11 Collection watches made by Parmigiani Fleurier are meant to be unisex.

The rollout, unveiled just recently in Milan, showcases an 18-karat rose gold version and one in stainless steel – with black, gray, blue or linen-white dials. The two steel versions will be made in editions of 50 pieces each. While the Rose gold models will be made in smaller numbers. Each of the dials boasts a herringbone patterned rotor. After all, Armani pretty much changed the concept of men’s fashion and suits.

Powering the Giorgio Armani 11 Collection is the Parmigiani Fleurier Caliber PF047 self-winding movement with moon phase indication at 6:00 on the dial in a round aperture. Even the geometry of the watch is harmonious, with cushion case and inner circular aperture.  The crown on each watch bears a black spinel cabochon, recalling a button. The overall look of the watch is exactly what those in the know would expect from a luxury designer and a top-tier Swiss watchmaker. The watches range from approximately $20,000 in steel to about $40,000 in gold. 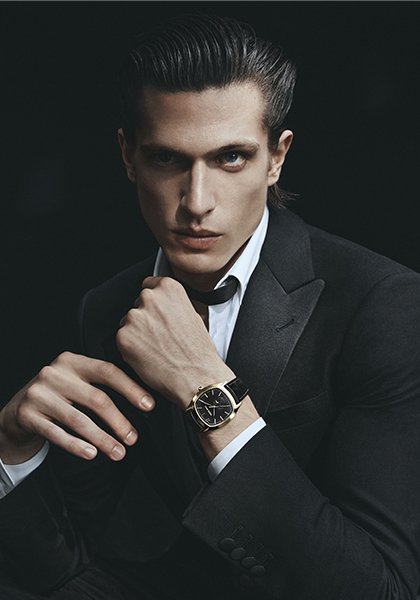 Giorgio Armani 11 Collection watches made by Parmigiani Fleurier range in price from about $20,000 to $40,000.

It is important to note two things about these partners. To begin with, Parmigiani Fleurier creates some of the most complex and beautiful watches on the market. It also provides mechanical movements to other name-brand houses such as Stefano Ricci, among others.

Top 10: The Most Comprehensive Look ‘Year of the Rabbit’ Watches
December 7, 2022

Introducing The Vacheron Constantin Year Of The Rabbit Watch
December 7, 2022

Introducing the Piaget Year Of The Rabbit Watch
December 7, 2022