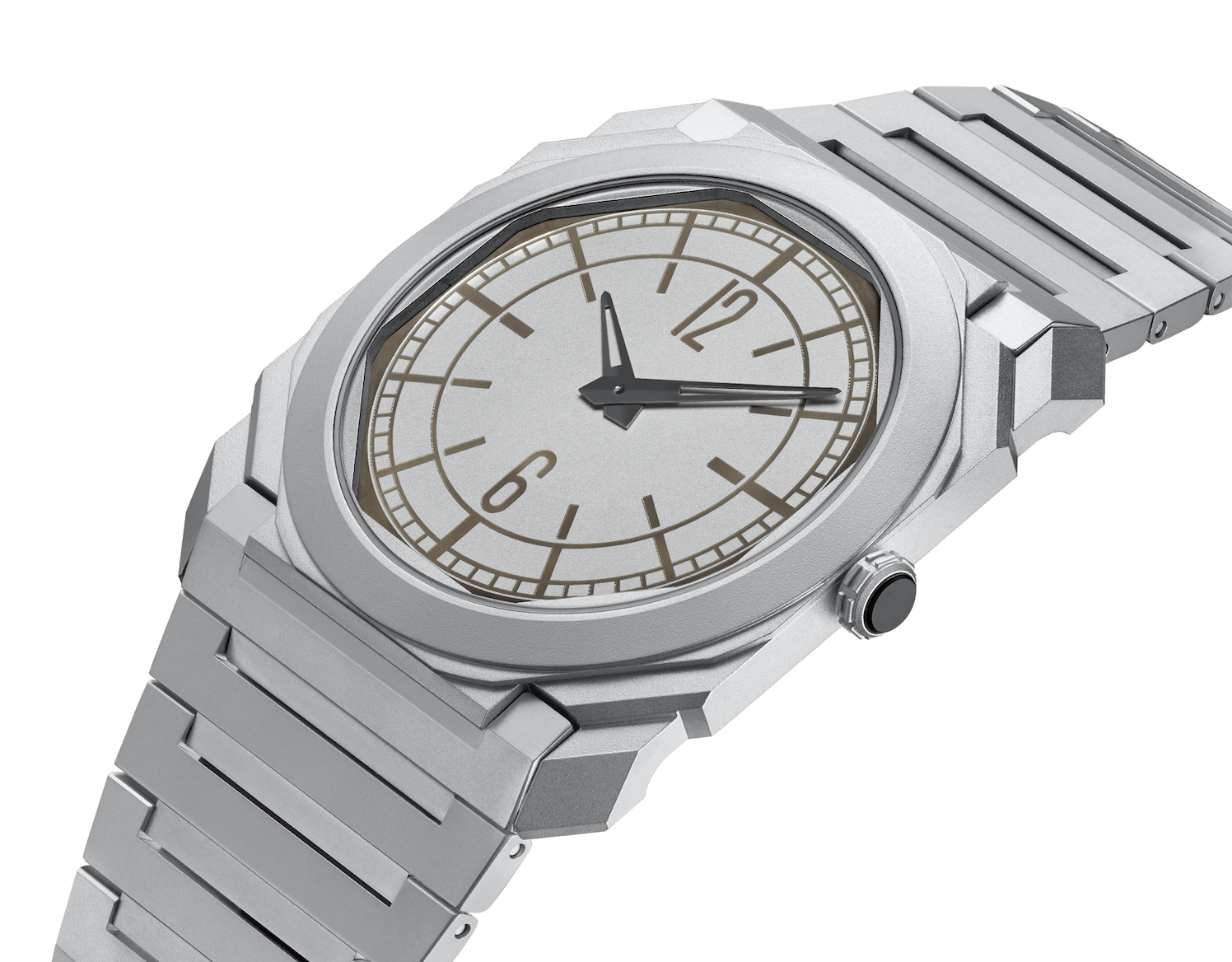 In  an interesting move, Bulgari has partnered with Phillips in Association with Bacs & Russo auction house and created a special edition of its iconic Octo Finissimo watch. The Octo Finissimo has become a pillar in the Bulgari watch collections and the new Special Edition Phillips piece promises to make a lot of noise amongst collectors.

The first Octo (named for its eight-sided case) was released 10 years ago and was designed to go against the norm. Its octagon-shaped case with center round dial was an immediate hit. Since then, the Octo has evolved into a host of renditions that combine haute horology and keen Roman aesthetics. Now, the new version at once offers both a contemporary appeal with a vintage-inspired nostalgia. 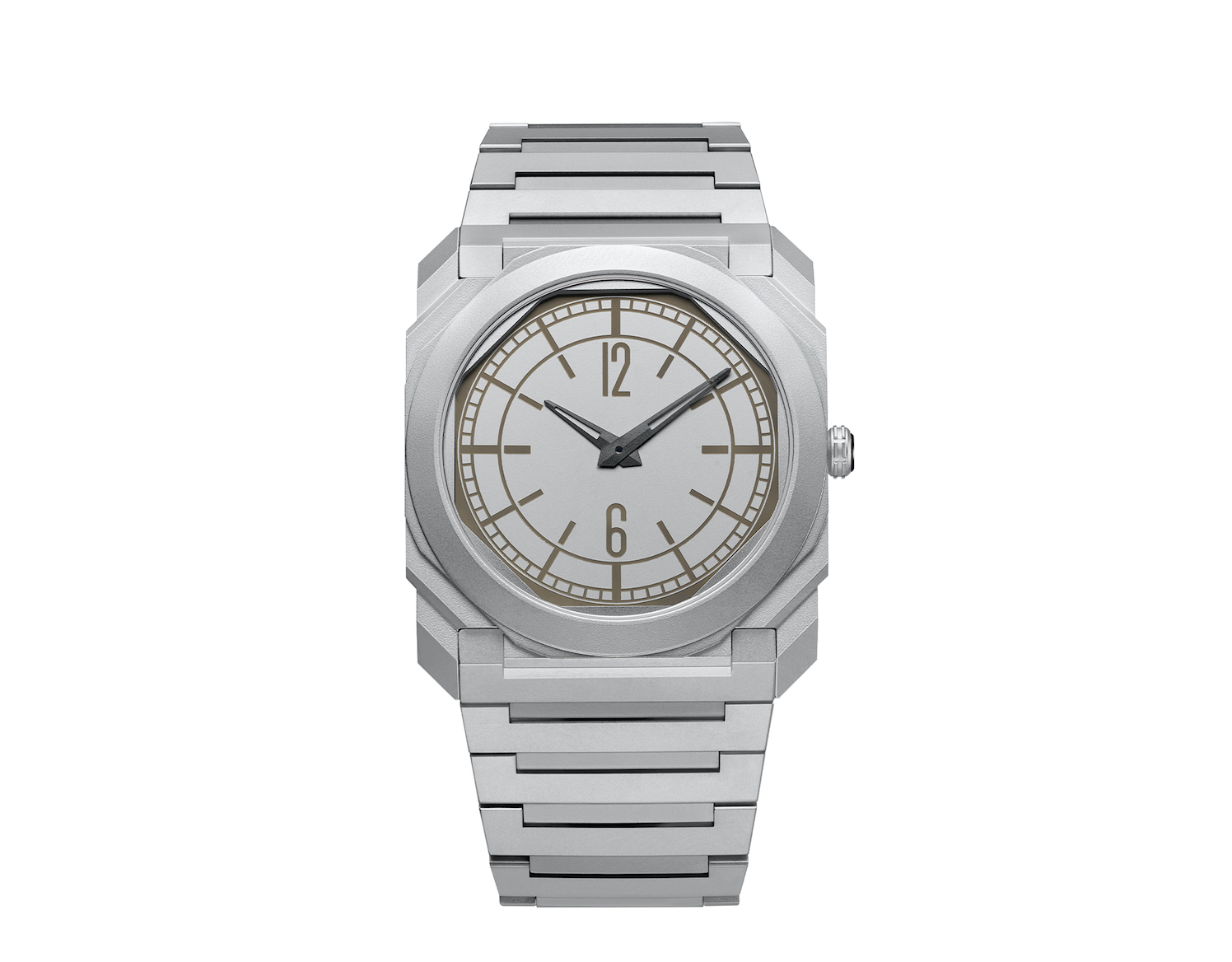 Just 50 pieces of the Bulgari Octo Finissimo Phillips Edition watch will be made.

The Octo Finissimo has broken world records when it comes to thinness and has been at the top of the high-horology game when it comes to complications such as the minute repeater or tourbillon. It is a watch with Italian-chic looks and top Swiss craftsmanship. 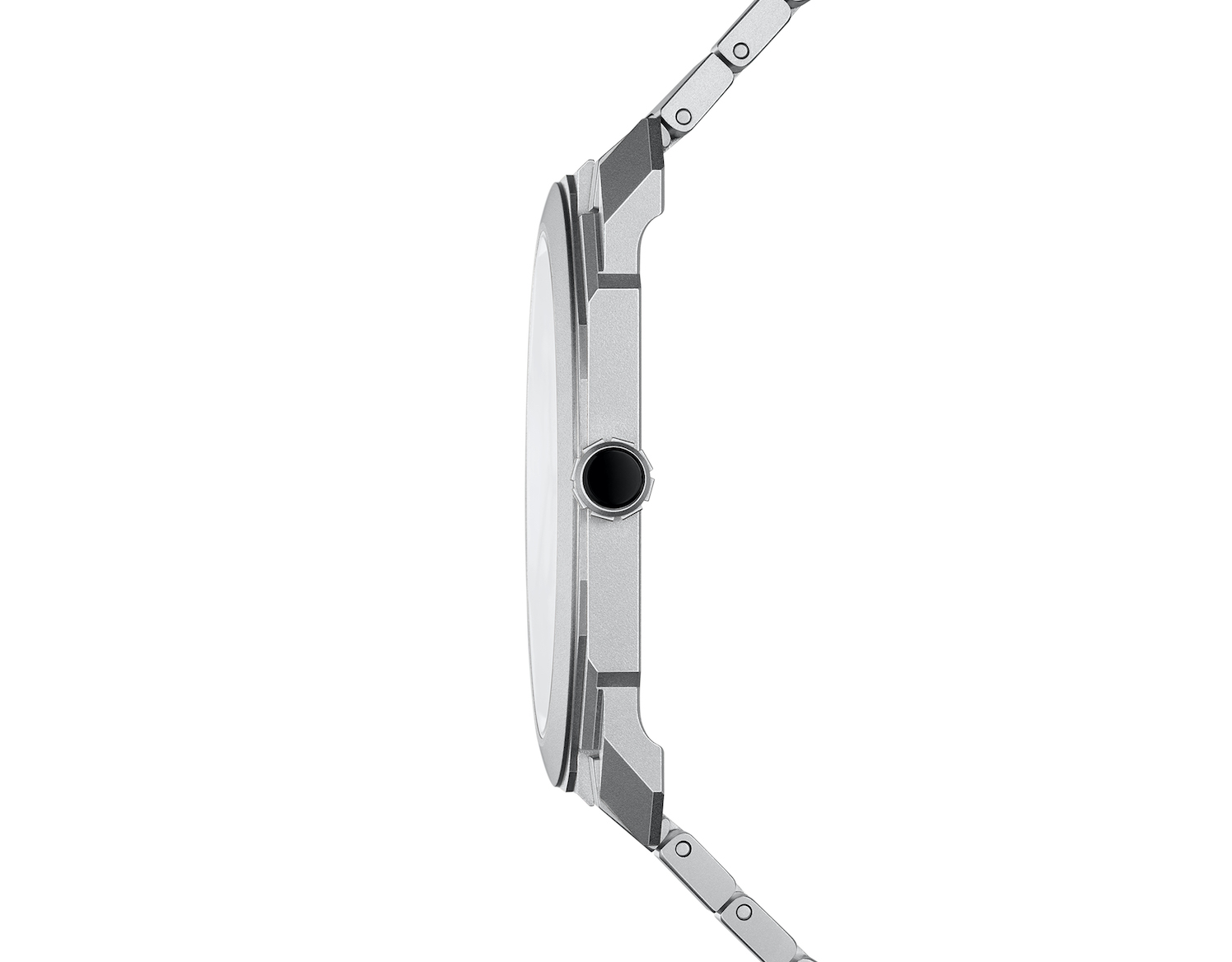 The slimness of the Bulgari Octo Finissimo Phillips Edition watch was a challenge, but in the end the aesthetics stole the show with laser-etched vintage-style dial.

The newest Octo Finissimo Special Edition Phillips watch retains its architecturally inspired octagonal case design – crafted in matte-sandblasted titanium —  but adds to that a sandblasted titanium dial with contrasting circular shapes that echo the bezel ring and round dial. Incredibly minimalistic, the matt silvered dial features concentric circles and an outer minute track that are laser engraved into the dial – all in hues that range from taupe to bronze depending on the light. The circles match the markers and numerals that are also engraved on the dial. Also, for the first time ever, Bulgari has removed the small seconds counter at 7:00.

The watch houses an extra-flat mechanical self-winding movement with a platinum rotor and that offers 60 hours of power reserve. The sand-blasted titanium case measures 40mm in diameter and boasts a transparent sapphire case back with a special engraving on it. The piece is finished with an integrated sandblasted titanium bracelet. Just 50 pieces of the watch will be created. Each retailing for $16,600. 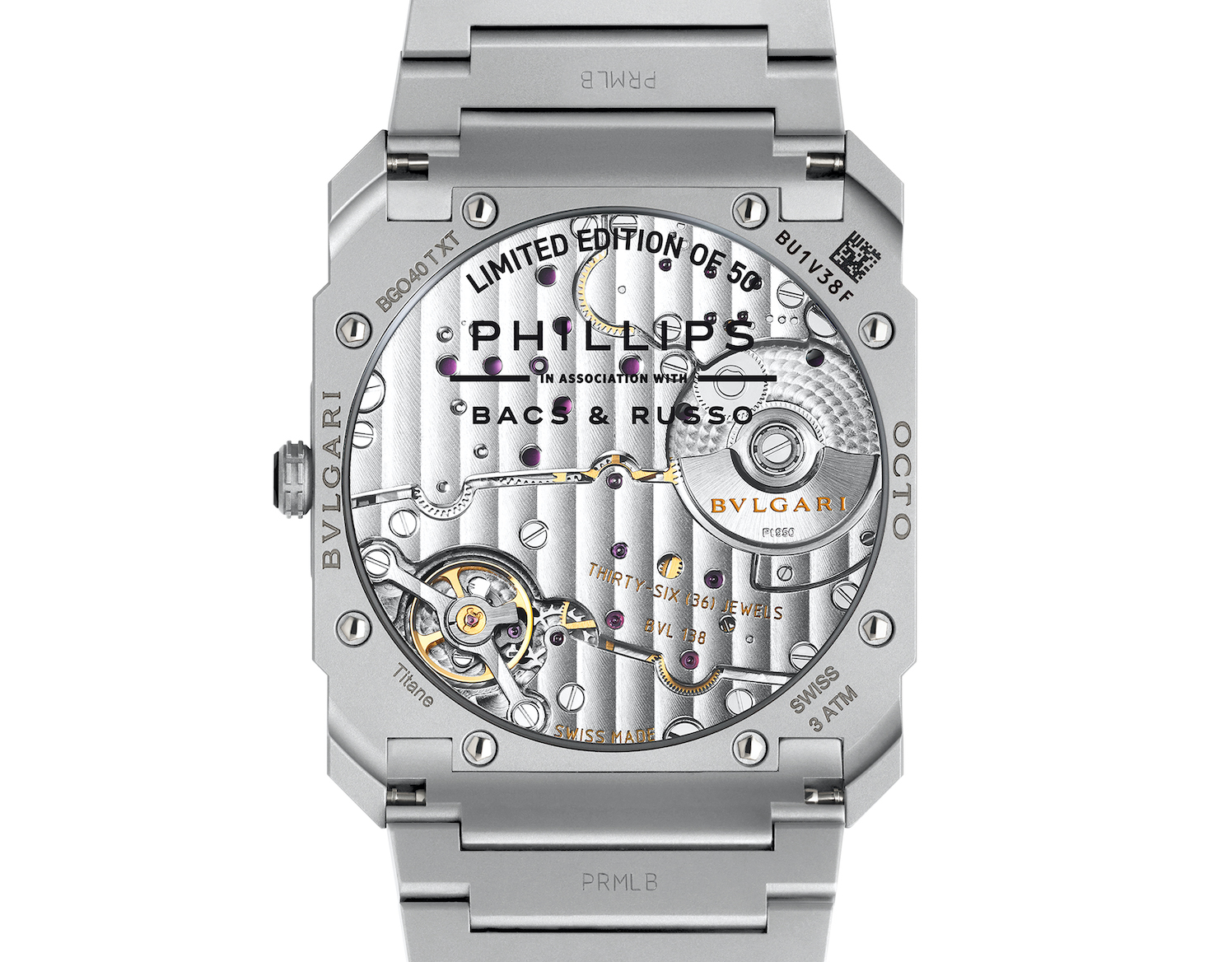 The watches, made for Phillips Watches, posed a challenge in the design and planning, in that they are incredibly thin and that limits options for complexities in the movement and for dial apertures. That seemed to work out in their favor, though, as Phillips indicated that it wanted to draw the focus onto the engraved dial and “create a symmetry and pay tribute not only to Bulgari’s Italian roots, but also to the great Italian architects and designers of the 20th century.”

According to Fabrizio Buonamassa Stigliani, Product Creation Executive Director of Bulgari Watches, “This watch symbolizes the link between Phillips, the world of collectors’ watches, and the design codes of Bulgari, which are resolutely turned towards innovation and the future. We shared an exciting stylistic adventure.”

Top 10: The Most Comprehensive Look ‘Year of the Rabbit’ Watches
December 6, 2022

Introducing The Vacheron Constantin Year Of The Rabbit Watch
December 6, 2022

Introducing the Piaget Year Of The Rabbit Watch
December 6, 2022