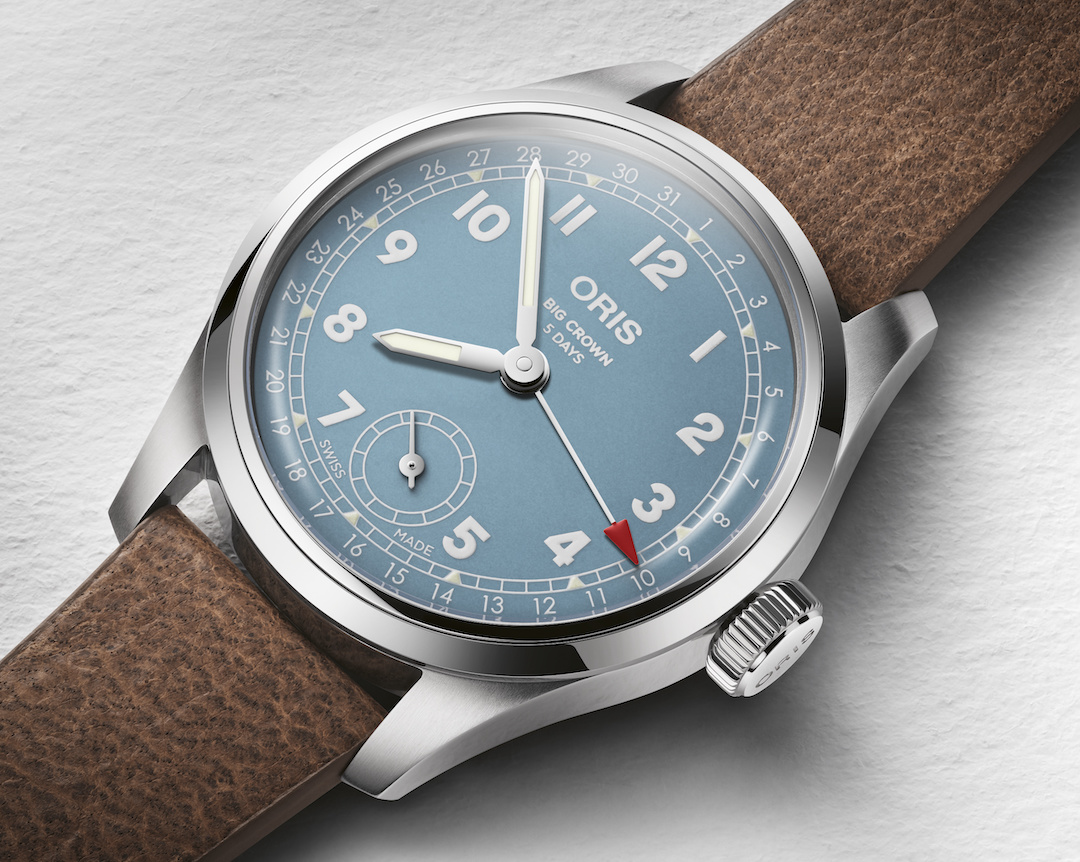 Oris Big Crown Caliber 473 marks the brand’s 10th caliber of the past decade.

Originally founded in 1904 in Holstein, Switzerland, Oris – now an independently owned brand – had built a reputation for its mechanical watches at a great value proposition.  The brand , which has its own Movement Creation Program, has, over the past decade, unveiled nine mechanical calibers. Now, as the new year comes around, Oris unveils its 10thmanufacture mechanical caliber: the hand-wound caliber 473 with five days of power reserve, increased anti-magnetism and a massive 10-year warranty. 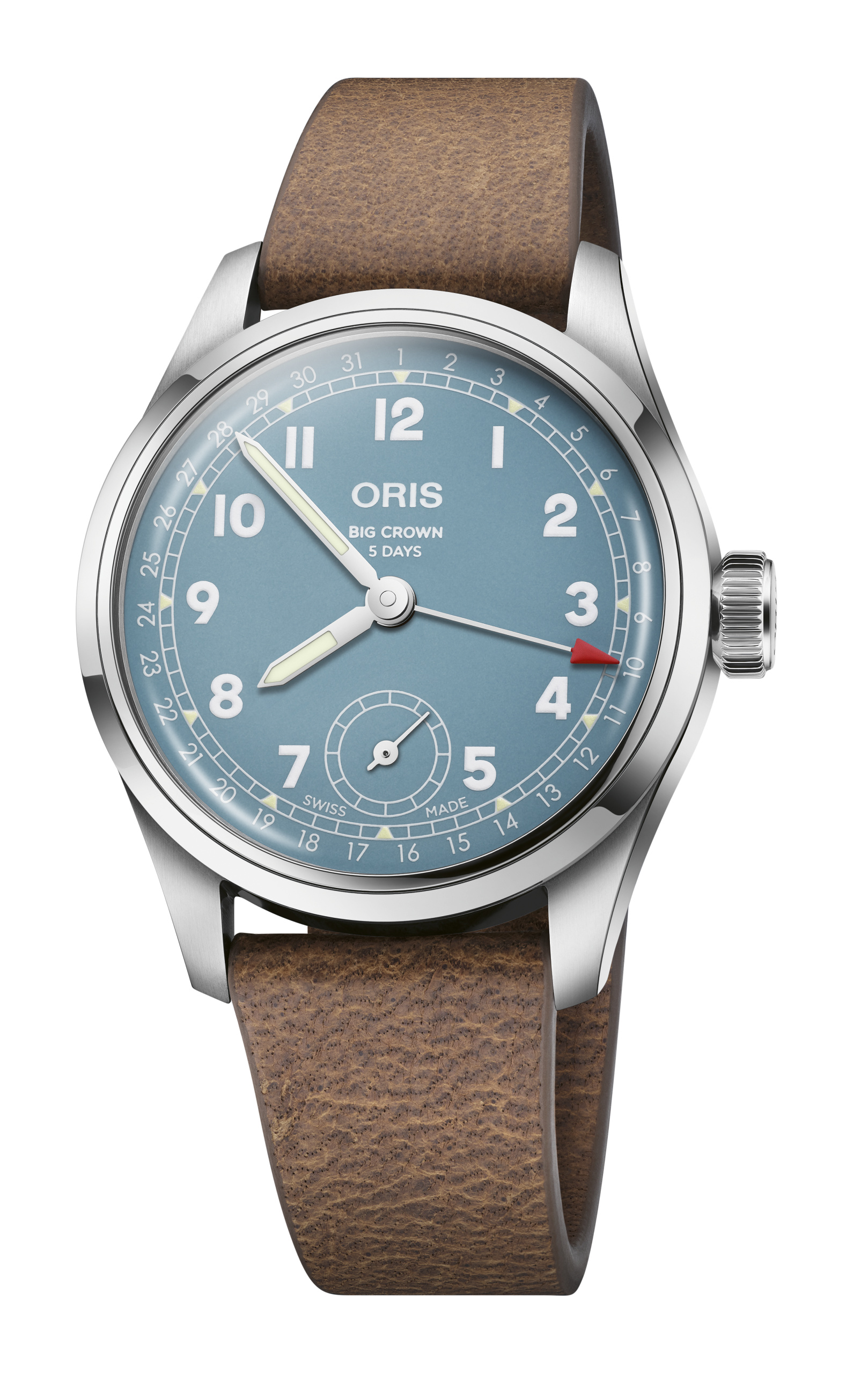 Housing the new movement in the brand’s beloved Big Crown watch, with roots dating back to the early days of aviation, Oris revives an icon while at the same time offering high-performance precision timekeeping.  The new Big Crown Pointer Date watch – a key timepiece in the Oris lineup since 1938 – once again houses a manual-wind caliber.

The new Caliber 473 was four years in the development process and marks a milestone for the brand. It is built on the base of the brand’s automatic Caliber 403, which was unveiled several years ago and has been a driving force in promoting the sales of in-house-made Oris mechanical watches. In addition to hours, minutes, seconds and pointer date (with a bright red arrow pointing to an outer chapter ring with dates on it), the watch offers 120 hours (five days) of power reserve. That  power reserve indication (for which the brand has filed a patent) is on the back of the movement — visible via the sapphire case back. 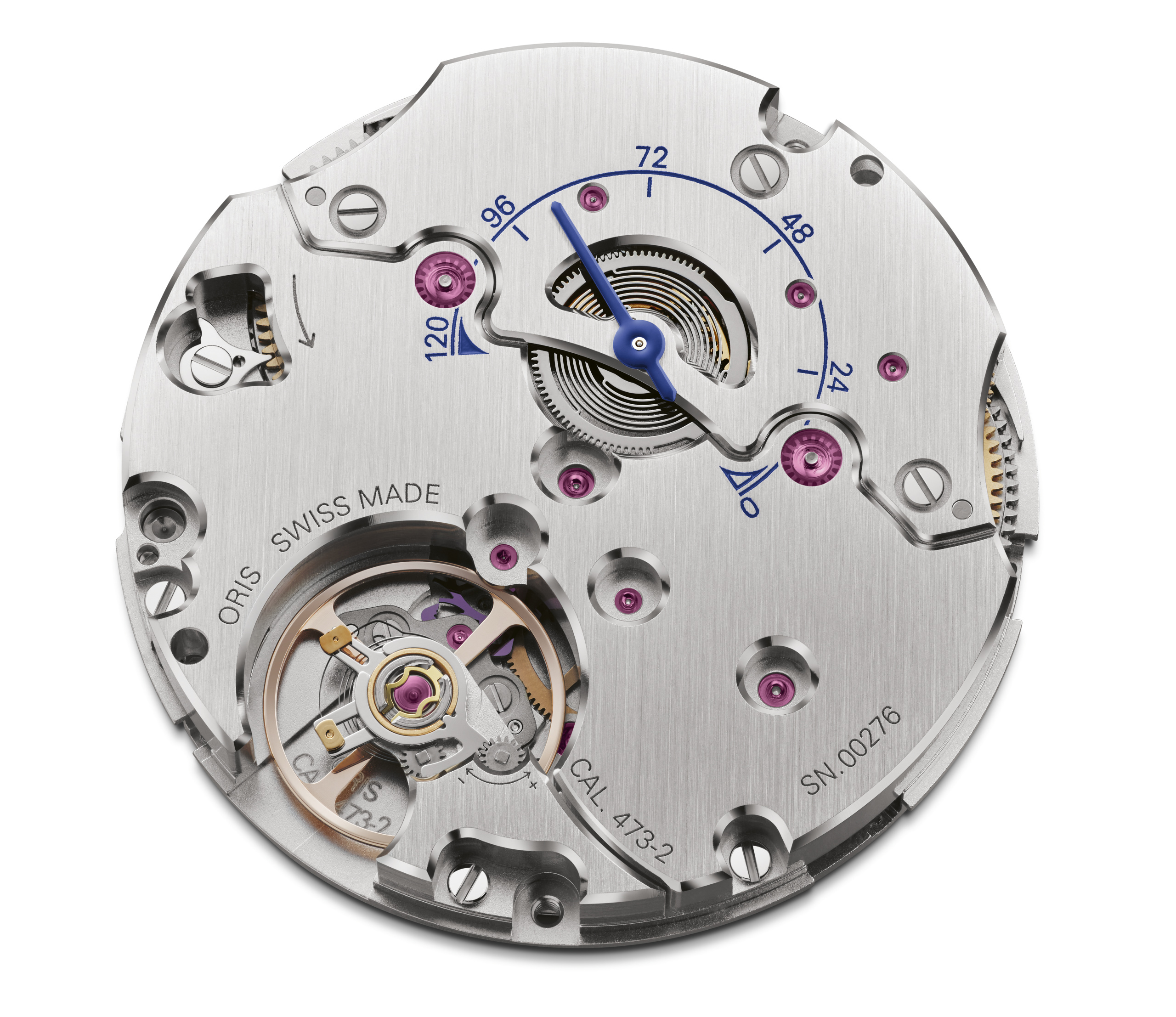 Oris movement Calibre 473 showcases the five days of power reserve on the back of the movement and is visible via a sapphire disk on the caseback.

The movement is housed in a multi-piece 38mm stainless steel Big Crown case with a stunning ice blue dial. The indices, numbers and hands are all coated with Super-LumiNova® to glow in the dark. The sapphire crystal is domed and anti-reflective on both sides, and the case back is stainless steel screwed in with a transparent sapphire window. Making the watch even more alluring is the fact that it is finished with a tan/brown deer leather strap sustainably sourced via Oris’s Swiss partner Cervo Volante. The watch is water resistant to five bar and retails for $4,400.

Introducing The Vacheron Constantin Year Of The Rabbit Watch
January 10, 2023

Introducing the Piaget Year Of The Rabbit Watch
January 10, 2023