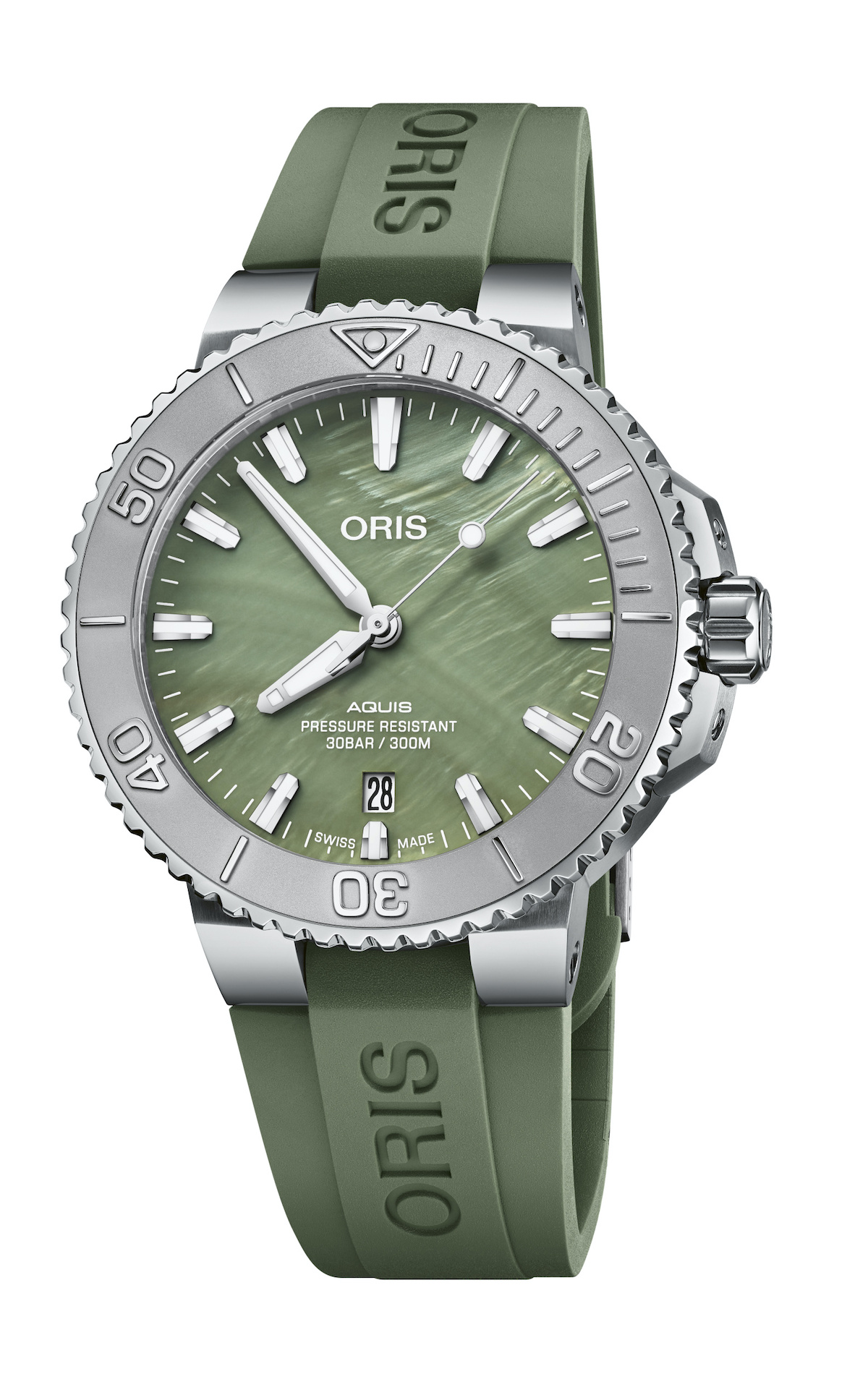 Over the course of a  couple of days in New York City, Swiss independent watch brand Oris made an impact. The brand, a champion of grassroots level initiatives around the world and a supporter of sustainable projects, unveiled its New York Harbor Limited Edition watch in support of the non-profit Billion Oyster Project, whose goal it is to restore a billion oysters to New York Harbor by 2035 for cleaner water and a better ecosystem.

With a mission of  “Change for the Better,” Oris is doing what it can to play a part, especially when it comes to water. The New York Harbor, once a haven, has become one of the world’s most polluted waterways. The goal is to help reduce that pollution and oysters filter the water naturally and attract marine life. 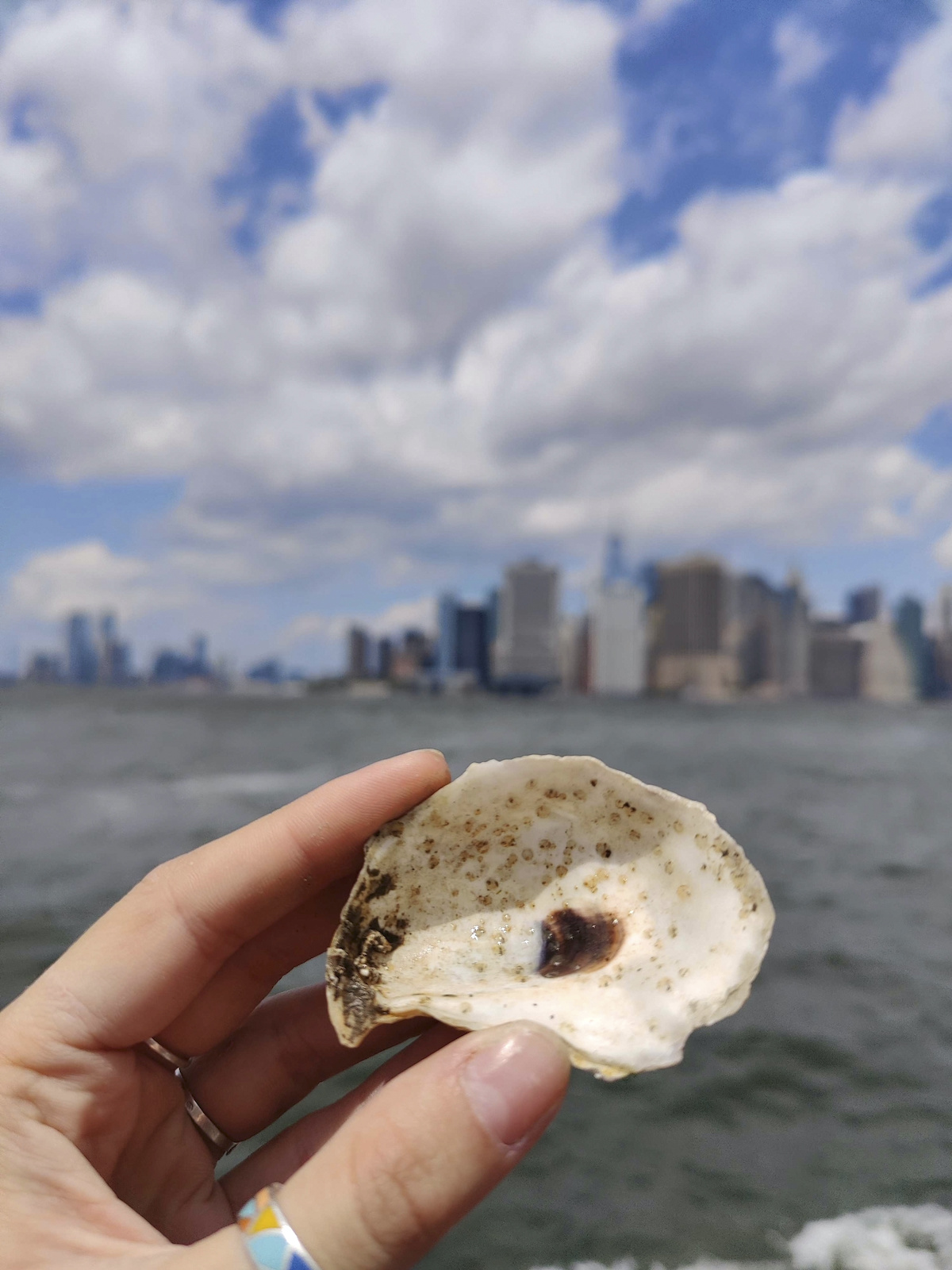 To support the Billion Oyster Project, Oris unveils the New York Harbor Limited Edition watch – a series of 2,000 high-performance Aquis dive watches. The timepieces are distinguished by their green mother-of-pearl dial inspired by the harbor water and the oyster shell. 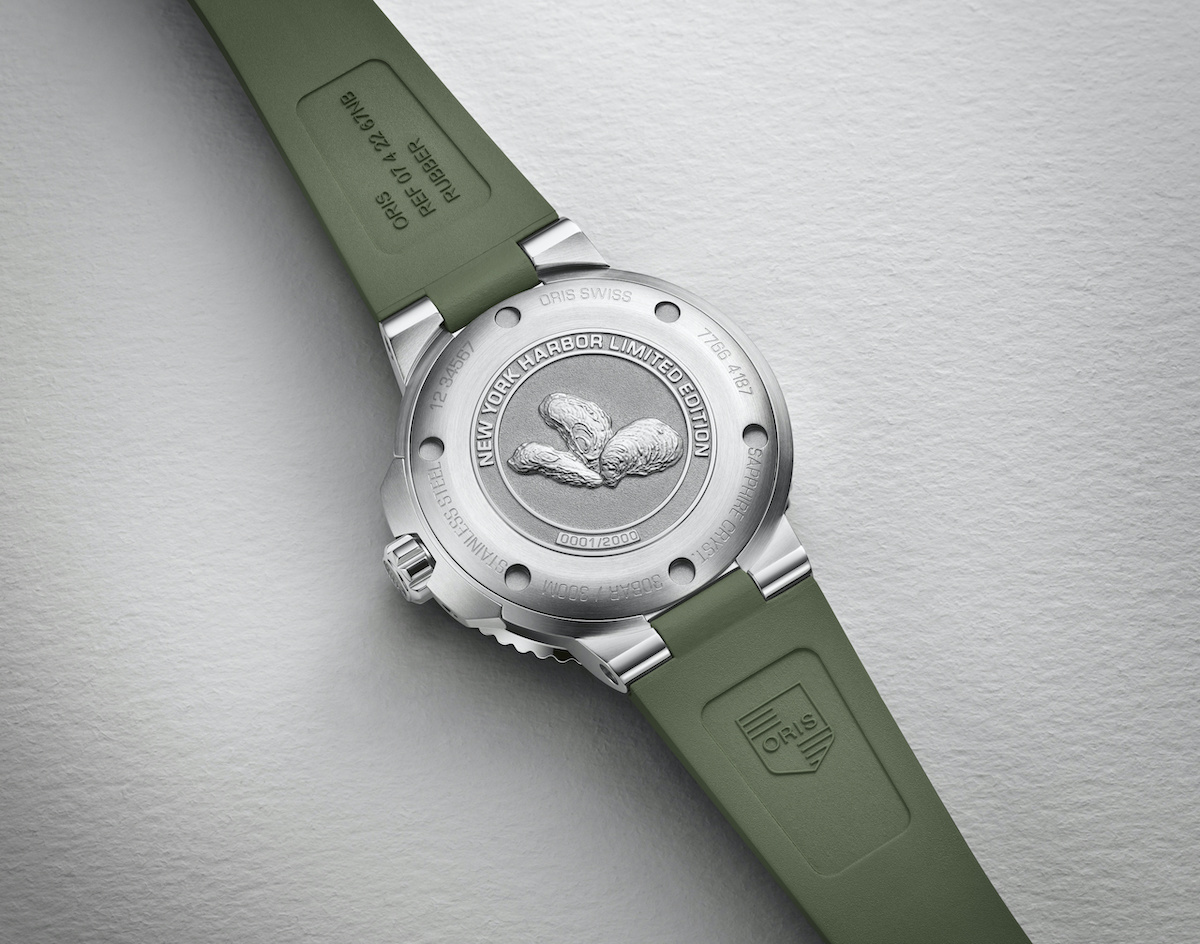 Oris New York Harbor Limited Edition watch has an oyster engraving on the back.

The 41.5mm watch is crafted in stainless steel, with a steel unidirectional rotating bezel. The alluring green mother-of-pearl dial boasts hands and indexes with Super-LumiNova for easy reading in the dark. A domed sapphire crystal with anti-reflective coating on the inside protects the dial and the steel case back is specially engraved with an oyster motif. The watch is powered by the Oris 733 automatic movement with hours, minutes, center seconds hand, date with quick setting and a stop-second device.

The Oris Aquis New York Harbor Limited Edition watch is sold with a green rubber strap and a stainless steel bracelet (as well as a changing tool). Water resistant to 300 meters, the watch sells for approximately $2,700. 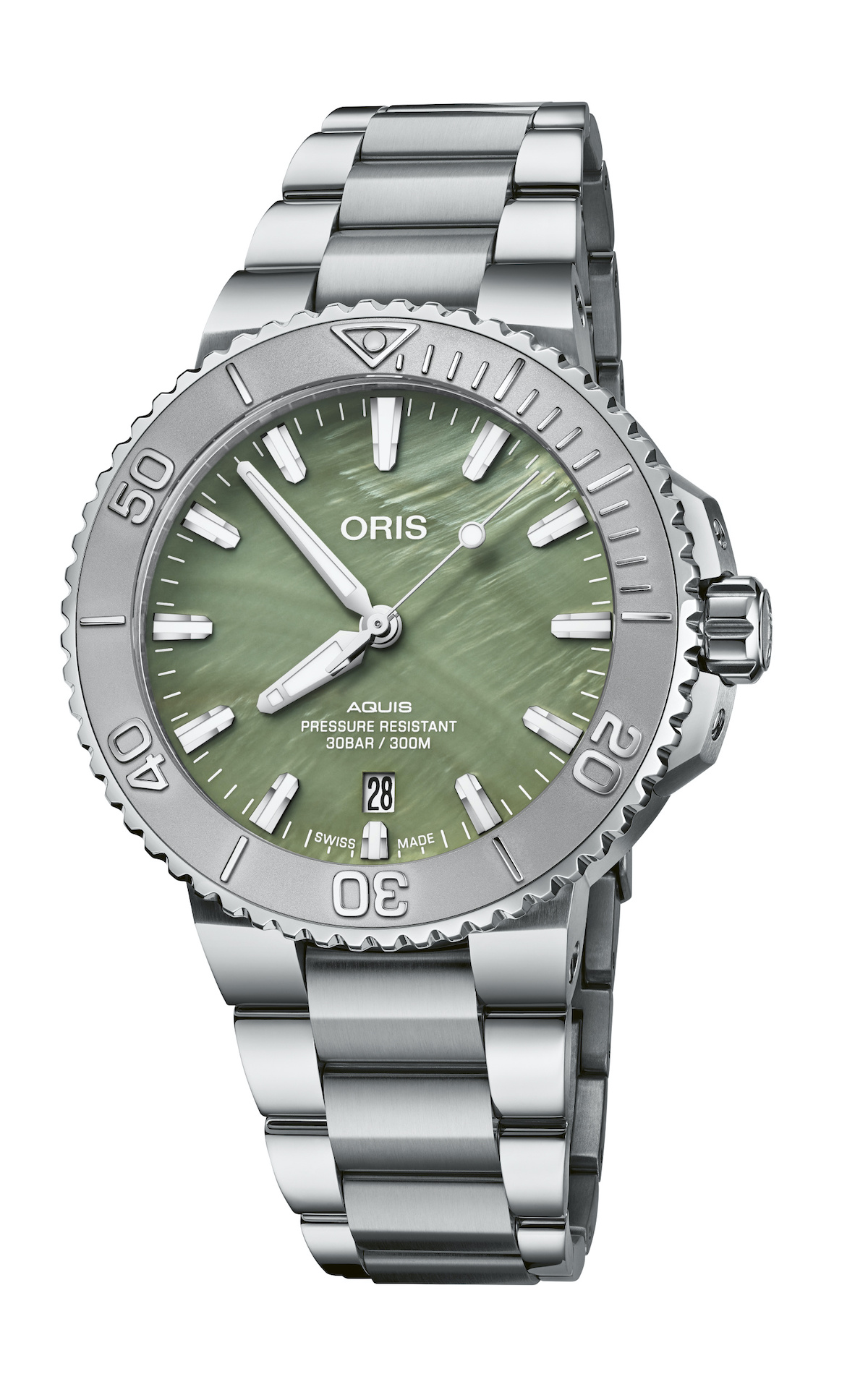 Back in the 1800’s, New York Harbor was rich with marine life and played home to more than 200,000 acres of oyster reefs.  Due to shipping, dumping and other industrial issues, the harbor became severely  polluted, and the marine life disappeared. With the Clean Water Act that passed in  1972, dumping of waste and sewage was prohibited and conditions slowly started to improve. With the Billion Oyster Project, which was founded in 2014, tens of thousands of volunteers and dozens of partner restaurants have teamed up to rebuild the reefs.

A single oyster can filter as much as 50 gallons of water a day. Imagine what a billion oysters could do. Additionally, they would form oyster colonies that are natural storm barriers and that attract other marine life. 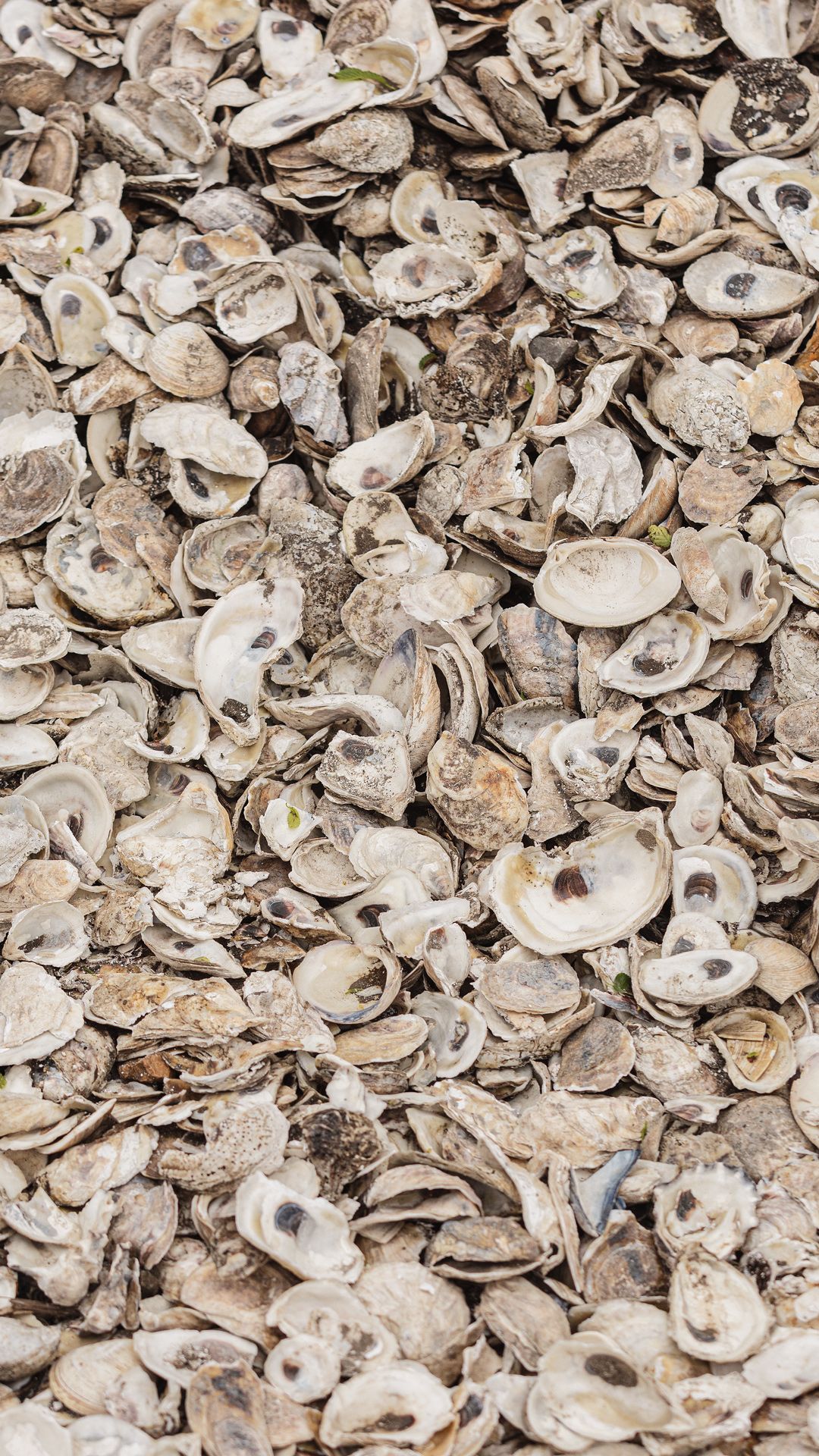 To repopulate the oysters in the Harbor, about 50 restaurants serving oysters in the city and surrounding boroughs have agreed to donate the oyster shells to the Billion Oyster Project. Those reclaimed shells are collected weekly (to the tune of about 6,000 pounds per week) and taken to Governors Island where they reside for a year exposed to the elements. Thy are then rinsed, placed into reef structures and submerged into tanks of harbor water. The free-swimming oyster larvae are then released into the harbor to find a spot to settle and grow their own shells. The process is slow, but the end result is mighty. 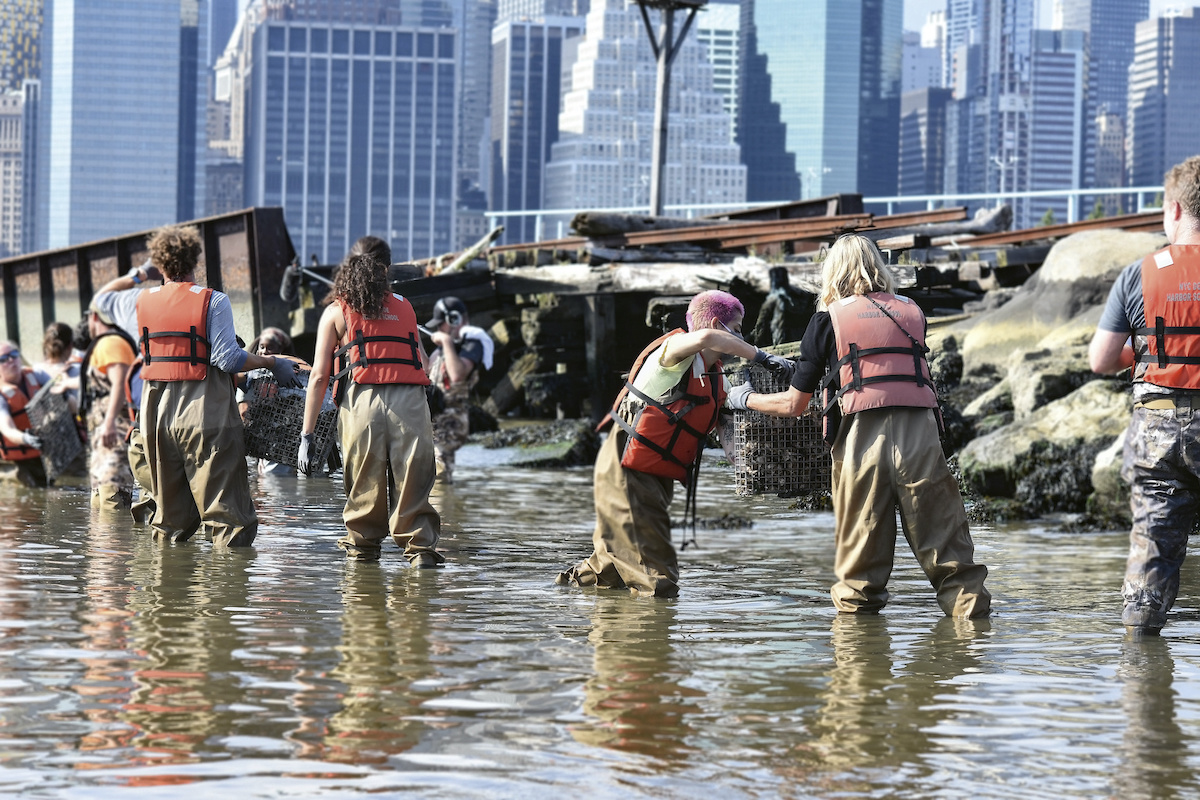 According to Pete Malinowski, co-founder of Billion Oyster Project,  “The funds raised by the New York Harbor Limited Edition will provide general operating support at a very important time. This year, we’re on track to restore our 100 millionth oyster to New York Harbor.” 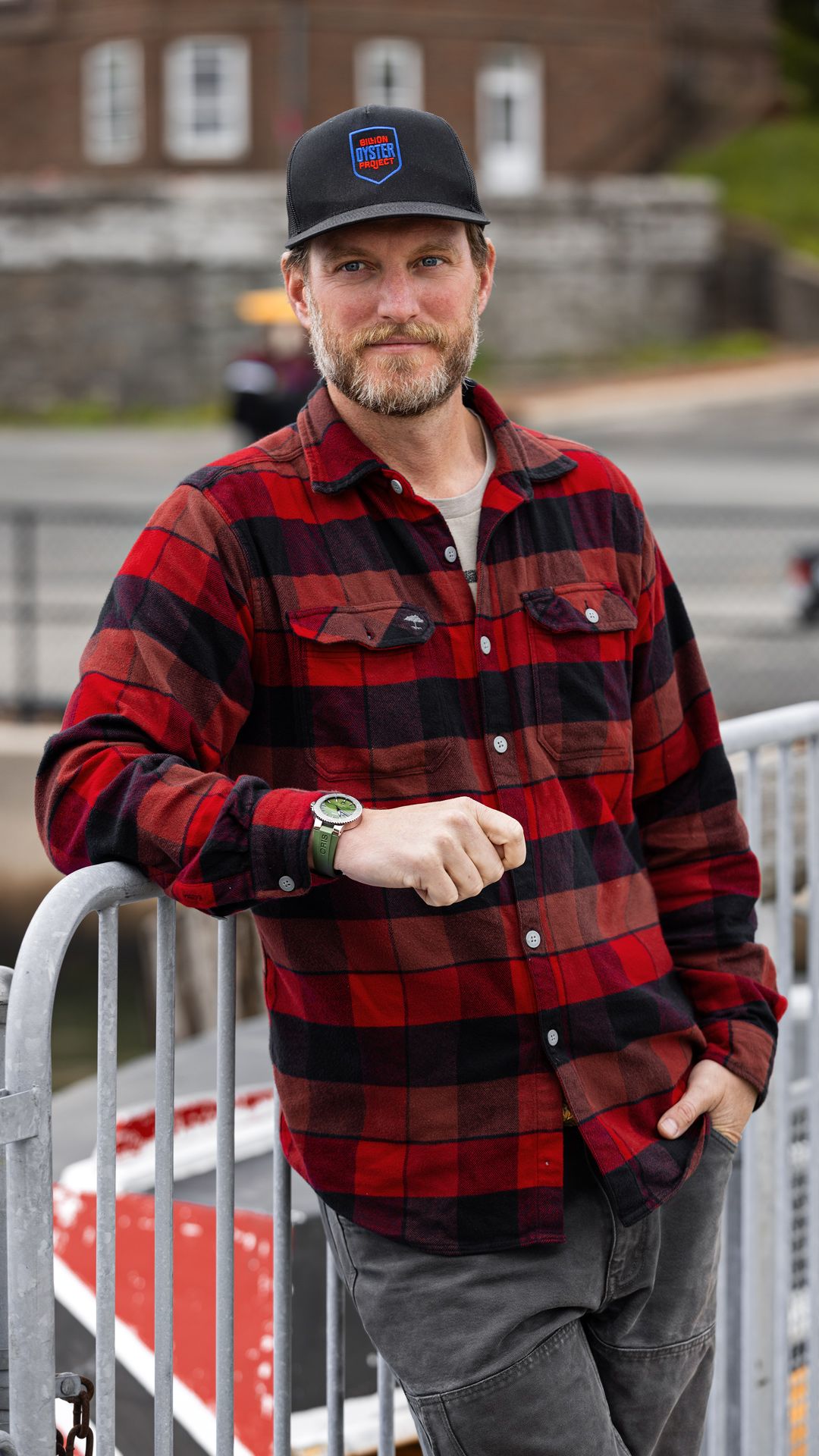 Pete Malinowski, executive director and co-founder of Billion Oyster Project, says it is both possible and necessary to restore one billion oysters to New York Harbor over the course of the next dozen years.

Why is it so important to restore the harbor’s oyster population?
“You wouldn’t ask that if we were talking about a 200,000-acre forest. Oysters, like trees, are ecosystem engineers. They form the three-dimensional structure and habitat of the ecosystem. Historically, oyster reefs in New York Harbor provided food and habitat for hundreds of other species, filtered the water, and protected the shores from waves and storms. By restoring oyster reefs, we can rebuild that lost ecosystem.”

What are your big achievements so far?
“There is a noticeable difference in water quality and clarity as you approach our oyster reefs and nurseries. We’re also seeing more examples of wildlife in the harbor, from whales and seals to seahorses and pipefish.

And what are your goals?
“We want to engage one million people in restoring one billion oysters by 2035. And we want New Yorkers to walk down to their nearest waterfront to immerse themselves in nature rather than leave the city to enjoy it. If they’re in New York City, they can volunteer with us and encourage their schools and restaurants to participate in our programs. You can also become a member to support our work. And members get oyster vouchers at partner restaurants.” 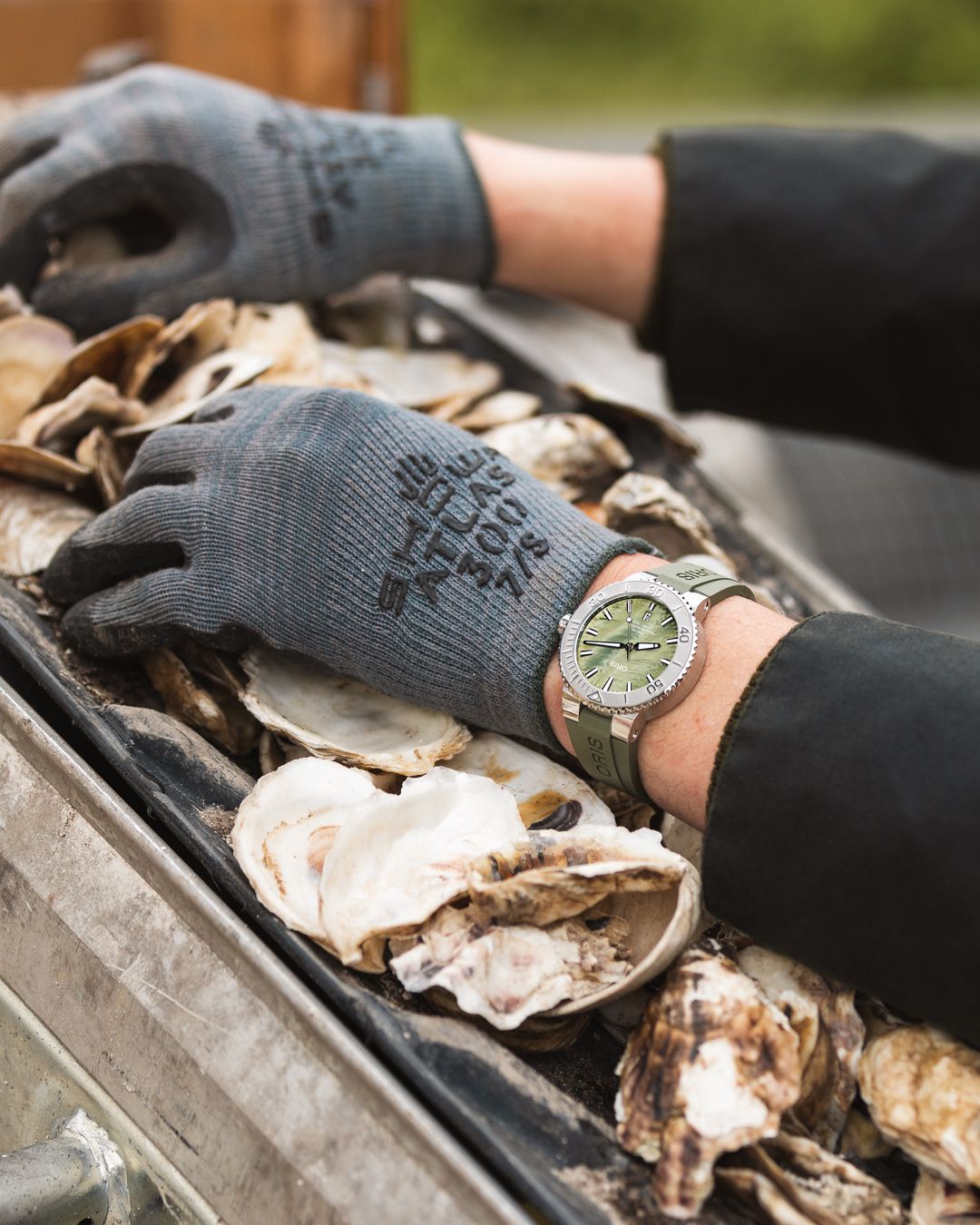 Oris underscores its support of Billion Oyster Project and unveils New York Harbor Limited Edition watch with portions of the proceeds going to the cause.

Oris and Change for the Better

Additional Oris water initiatives include projects around Lake Baikal, the Coral Restoration Foundation and more. The brand is also using sustainable materials for its watches and helping with scientic research about whales and other sea life. It is also reducing its own carbon footprint at its manufacture in Holstein.