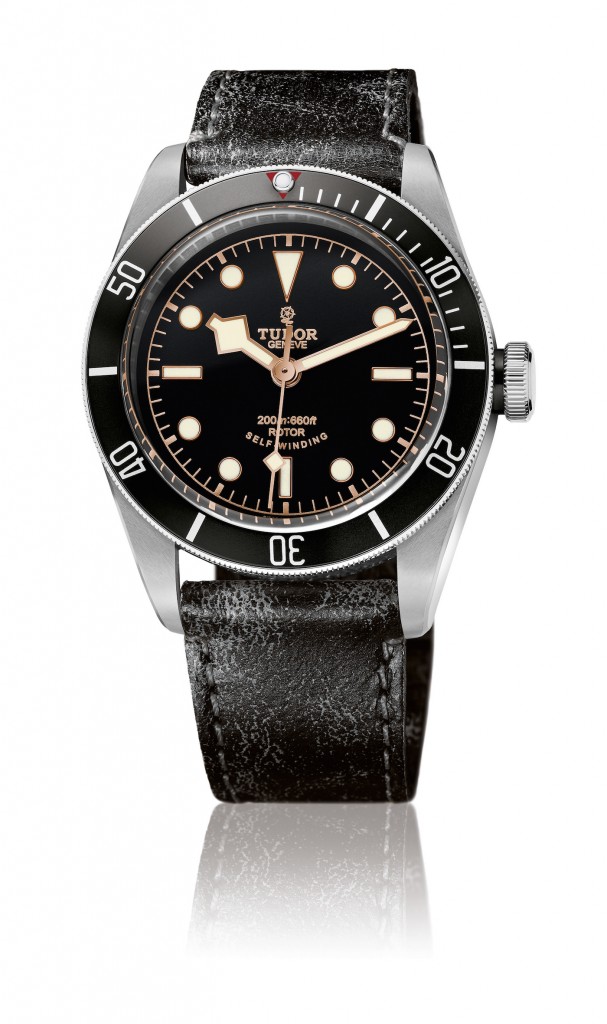 The emotions felt by watch enthusiasts typical run from extreme highs to the extreme lows. Typically the cause for the range of emotions felt by horologists stems from the availability or unavailability of a desired piece. When Tudor unveiled its contribution to Only Watch  an even more vintage interpretation of its beloved Black Bay series, the range of emotions ran the gamut. The watch seemed to capture perfectly the sought-after aesthetics of the big crown Tudor and Rolex watches of the past. The only thing wrong with the watch was that only one of those will ever be produced.

Well, today we have good news, Tudor is releasing the Heritage Black Bay Black — a watch that retains the styling elements of the other Black Bay releases and incorporates some of the visual queues of the Only Watch release. The watch is killer.

The Black Bay was initially unveiled in 2012 and won the Revival prize at the 2013 Grand Prix d’Horlogerie de Geneve. The award and the reception of the piece by the watch community proved that a watch can be evocative, well designed, and innovative without costing a fortune. The initial burgundy version was followed by a navy blue Black Bay and now this year the black. 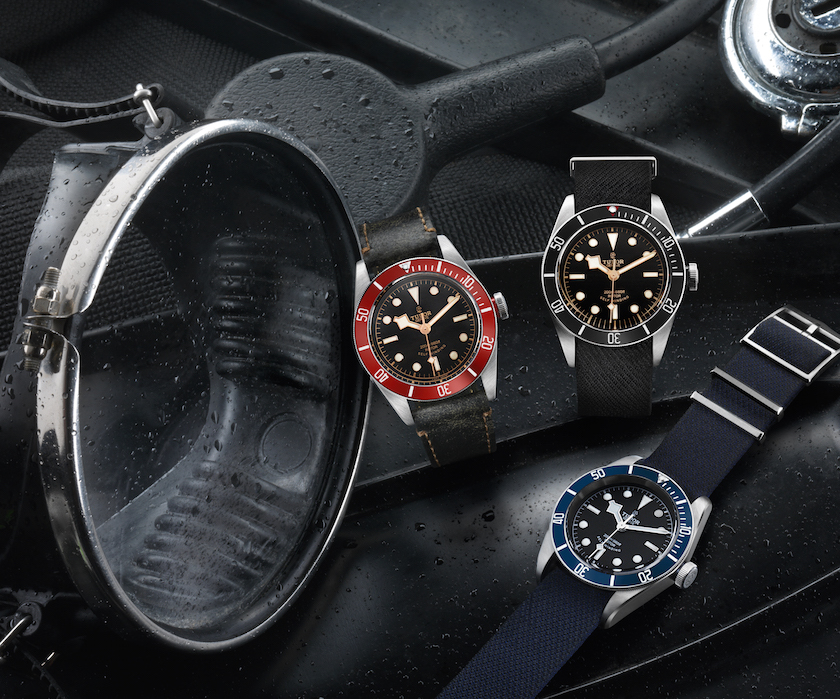 The Black Bay Black rounds out the color selection

The Black Bay draws inspiration from a number of Tudor’s vintage submariners. From Tudor’s very first dive watch, Ref. 7922 released in 1954, the Black Bay derives its lines and domed crystal. The big winding crown is a nod to the Ref. 7924, nicknamed ‘Big Crown’ by collectors. Finally the iconic ‘snowflake’ hands on this watch were the hallmark of the Tudor submariners released from 1969 through the early 80s.

The vintage design elements are combined with modern day features and aesthetics, such as the 41mm case, colored anodized aluminum crown tube and strap options to create a watch the has easily become one of the better purchase options in its price range. The Tudor Black Bay ‘Black’ adds to the vintage aesthetic by including the well-loved red triangle on the bezel. 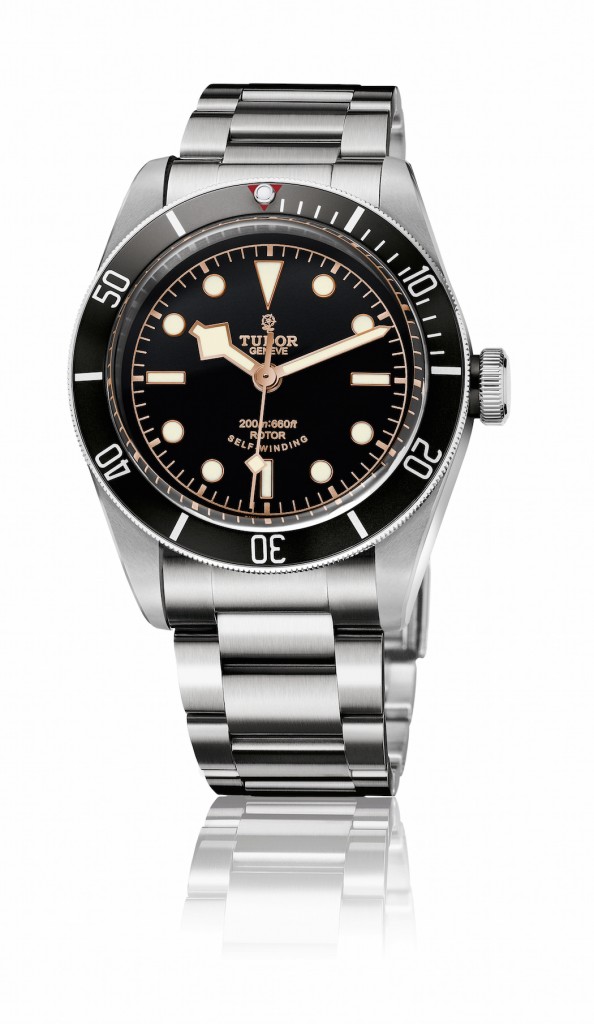 As typical with the other Black Bay releases, purchasers will have two strap options, brushed stainless steel or distressed leather with folding clasp. An additional black woven strap is included in all purchases, as well. If it were me, I’d go for all strap models — but if you’re in the hot weather, you may just want that cool steel version. The Heritage Black Bay Black, on steel bracelet, retails for $3,425, while the Heritage Black Bay Black, on distressed leather strap sells for  $3,100 — a virtual steal. 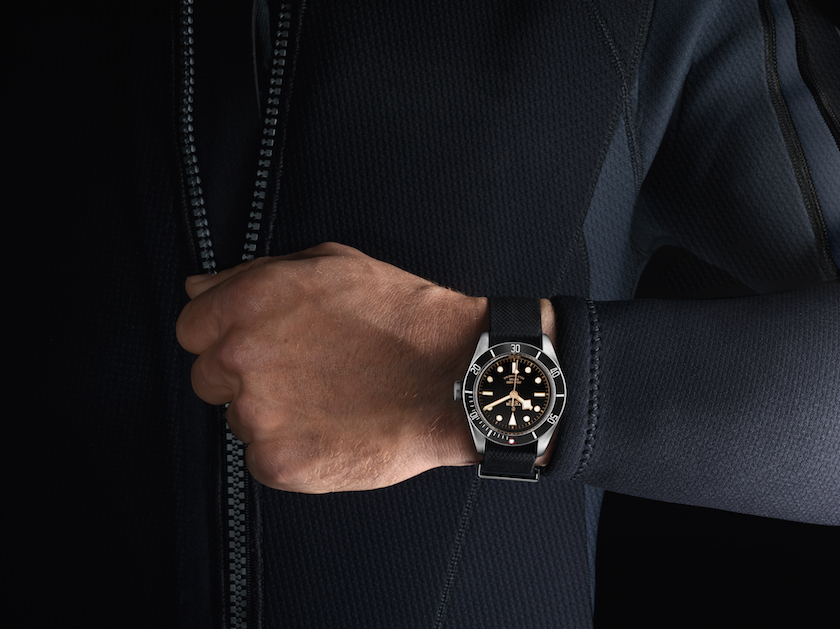