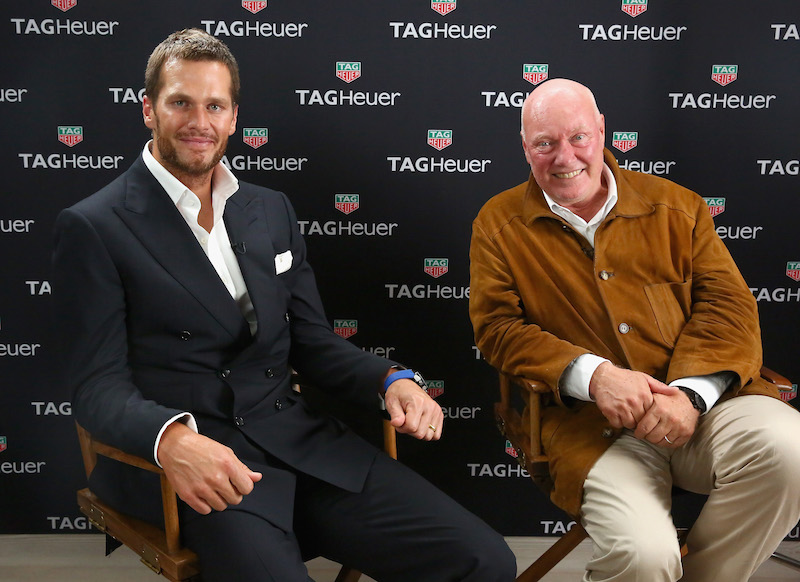 According to Jean-Claude Biver, President of the LVMH Group Watch Division and CEO of TAG Heuer, the new Carrera Calibre Heuer 01 watch – finally out and in stores now — is the future of the brand. At least he alluded to that at last night’s event in New York City, where the brand also named famed quarterback for the New England Patriots, Tom Brady, the new brand ambassador. You can read more about that event on our PerfectTiming column  on Forbes.com.

Here, we introduce you to the timepiece, which was unveiled at BaselWorld earlier this year, but is now finally hitting stores.  The first of a new collection, the  the Carrera Calibre Heuer 01 is a manufacture-made chronograph with new 12-part case and named in honor of founder Edouard Heuer. The “01” connotation of the watch reflects the first new movement development based off of the caliber 1887 (that was introduced to the world about five years ago and is an in-house made chronograph selling for under $5500). 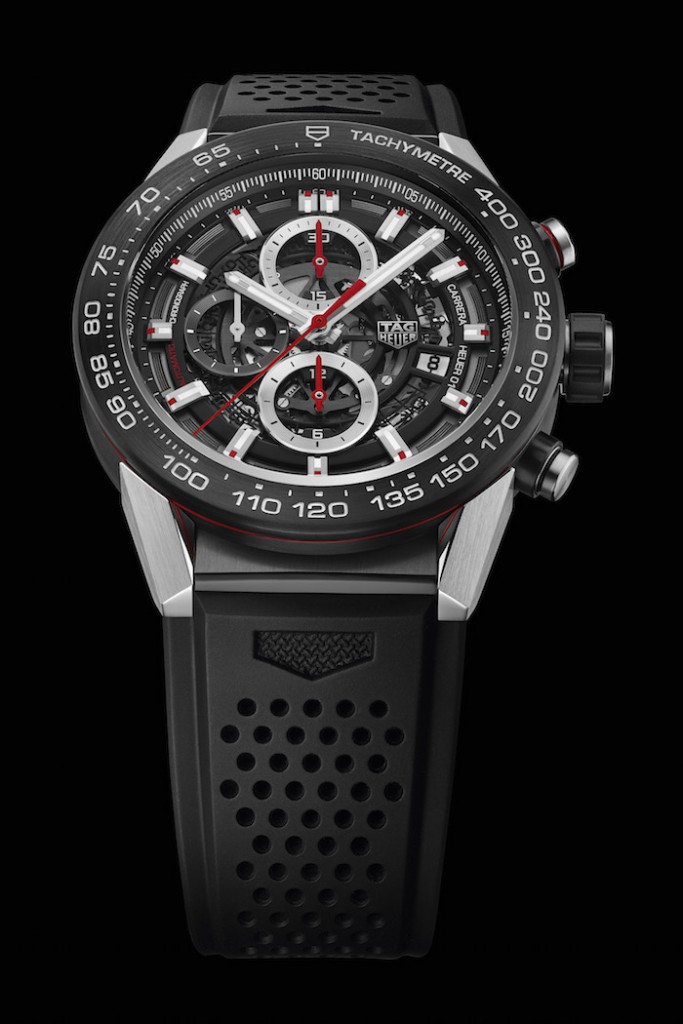 The new watch features a clean design with open-worked dial to reveal the chronograph controls and to show the date disc. The sapphire caseback offers a view of the red column wheel of the chronograph. The 45 mm automatic chronograph offers 50 hours of power reserve and features a skeleton weight and skeleton chronograph bridge.

Red details on the black dial include dots and SuperLuminova hands. Crafted in stainless steel, the watch case is made of 12 different parts and is a modular design so that in the future, new versions can be introduced using a host of different high-tech materials, colors, finishes and treatments – something Biver loves to do with watches. The bezel is anthracite with a tachymeter scale and the perforated rubber strap adds sporty appeal. The watch is water resistant to 100 metes and will retail for just about $5,000. The face behind the watch in the “Don’t Crack Under Pressure” campaign: Tom Brady. 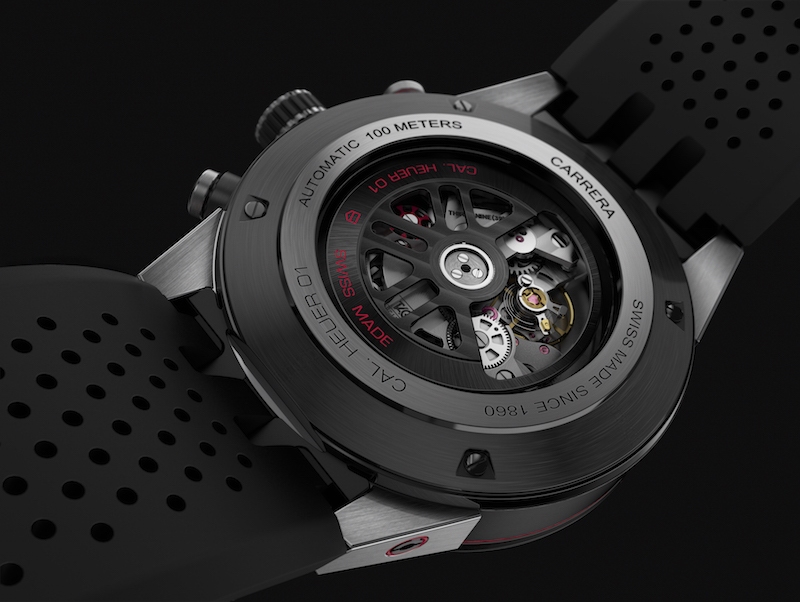 “I am thrilled to be part of the TAG ambassador team,” said the dapper Brady, as he stood on stage with Biver. Together they noted that the first nice watch Brady bought for himself had been a TAG, making the alliance fortuitous.
Part of the Patriots team since 1999, Brady has led the team to four Super Bowl victories and was named the MVP of those games three times. 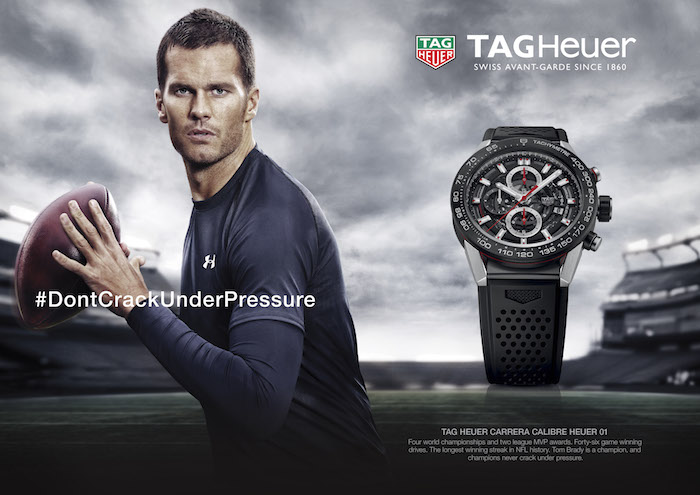