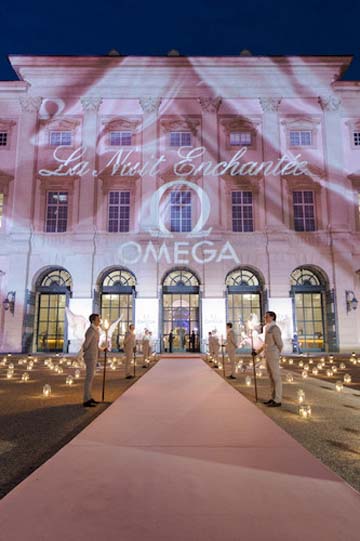 Sadly, due to a personal injury, I had to cancel on this past weekend’s trip to Vienna – where Omega, along with actress and ambassadress Nicole Kidman (whom I’ve met and interviewed before) launched its newest Ladymatic watches and ad campaign.

Kidman has been the face of Ladymatic since its international debut in 2010, and continues to be part of the global ad campaign. A gala event was held at the Gartenpalais Liechtenstein – an iconic Vienna building – that was decorated to resemble an enchanted forest. The new Ladymatic watches – unveiled by Kidman and Omega’s President Stephen Urquhart – include some very fashion-forward bicolor pieces, with 18-karat rose gold

and steel and 18-karat yellow gold and steel. Also unveiled were pieces in pink and pale blue. 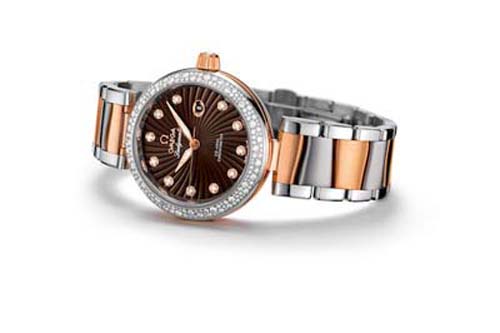 The newest Ladymatic watches complement the collection that was unveiled in Beijing two years ago. It is a much updated revival of the original collection of mechanical watches for women that was first launched in 1955. The   Ladymatic collection simply recalls the name of that line, but the design of the line is all just two years old and features advanced technology and craftsmanship. 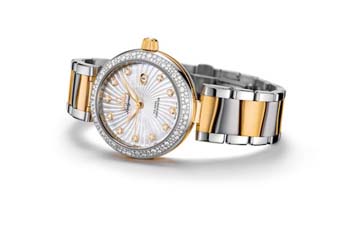 The new Ladymatic watch houses the 8520/8521 Co-Axial movement, which is a COSC-certified chronometer with 50 hours of power reserve and housing the Omega exclusive SI 14 silicon balance spring. The state-of-the-art caliber is coupled   with a high-fashion feminine design with curves on the case sides. It is fitted with a 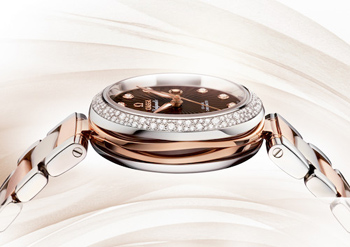 patented bracelet with asymmetrical wavy links in the first tiers for undulating appeal. The new two-tone versions will be available for sale this fall.