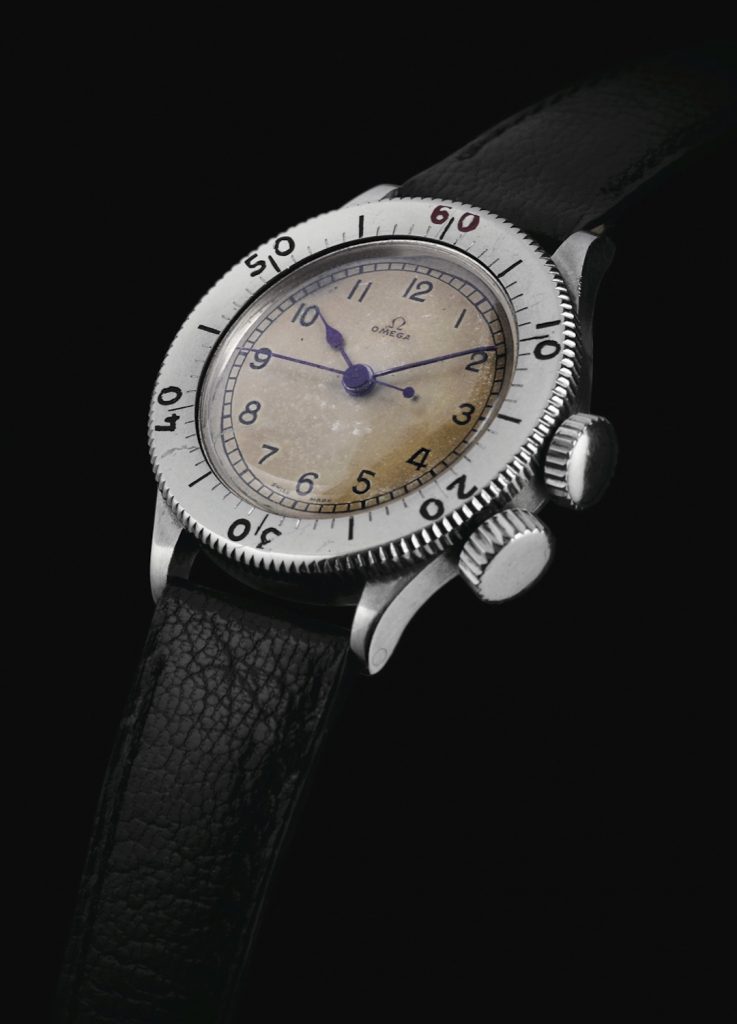 As the movie “Dunkirk” — directed by Christopher Nolan — is being screened in cinemas  across the country we see an Omega CK2129 watch on the wrist of Tom Hardy’s RAF character.  The concept for this movie, which portrays the allied soldiers who risked their lives at Dunkirk and throughout the war,  is not just about having a watch on the RAF wrist, but about having the right watch for the era on his wrist. According to Omega, 2,000 of these CK2129 watches were delivered to the UK’s Ministry of Defense at the start of the war. The watch was made to be particularly easy to read for pilots thanks to its cream-colored  dial, large Arabic numerals and bold hands. 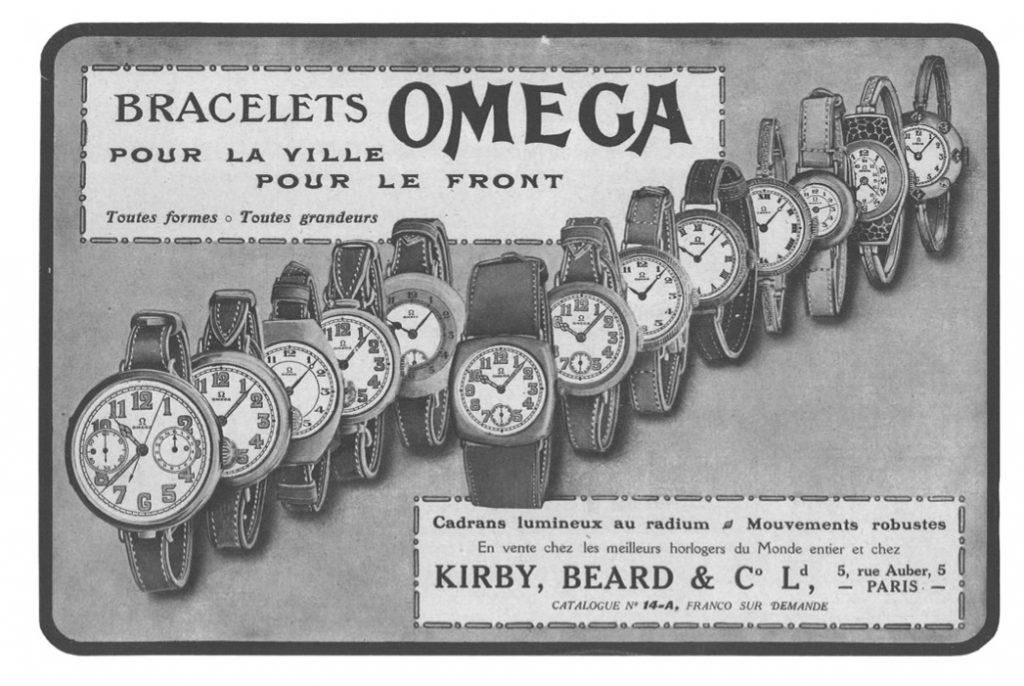 Omega supplied the British Ministry of Defense with watches throughout World War 1 and II.

The CK2129 was the most commonly worn Omega watch for RAF personnel in the early days of the Second World War. The watch boasted a rotating bezel that enabled the timing of specific intervals, helpful when planning bombing raids or other attacks. That bezel could also be locked by the watch’s second crown so that the timing wouldn’t be affected by accidental bangs or knocks during combat.

Omega was one of the largest  suppliers of watches during both World Wars. In fact, in World War 1, Omega’s ability to offer precision watches in larger quantities made  it a watch of choice for Great Britain’s Ministry of Defense, as well as its allies. With warfare in the trenches, Omega’s wristwatch chronographs were among the first ever made and became essential tools for commanding officers.  By being able to time the exact difference between the flash and sound of opposing gunfire, they were able to calculate the distance between themselves and the enemy — a necessary bit of information when planning attack. 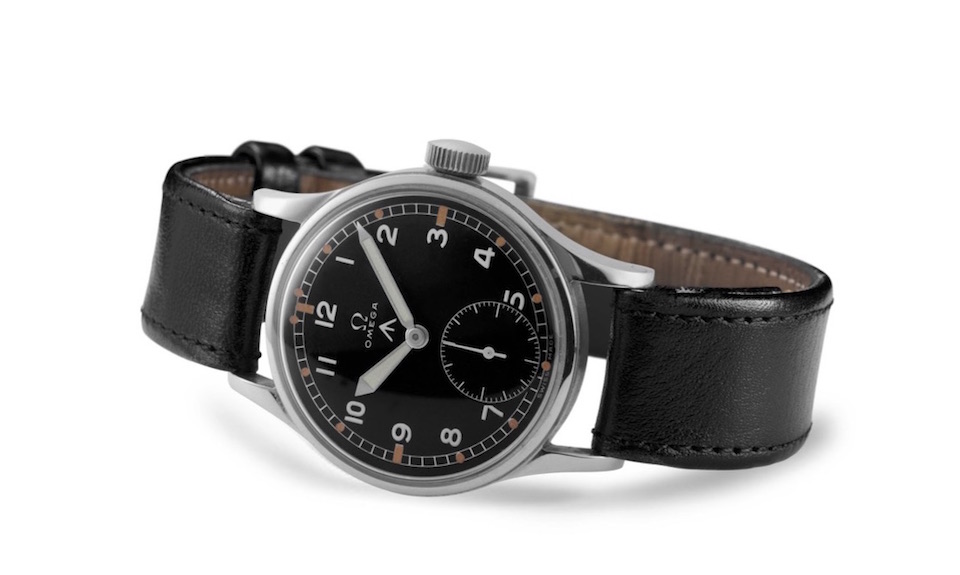 By World War II, Omega delivered more than 110,000 pilot and soldier watches to Great Britain’s Ministry of Defense to support its Air Force and Navy pilots — translating to more than 50% of all of Switzerland’s watch deliveries to the United Kingdom during the war coming from just one company, Omega. Among these watches were the  CK2129 worn in the movie Dunkirk, and later the  UK/CK2292 — perhaps the most famous and most widely used of all. This watch was powered by a  30mm calibre that had set numerous world precision records at observatory trials, and — thanks to a new alloy used to make the balance spring — it was highly anti-magnetic. It was far more resistant to magnetism due to a new alloy used in creating the balance spring. This was a great help to the Spitfire and Hurricane fighter pilots. 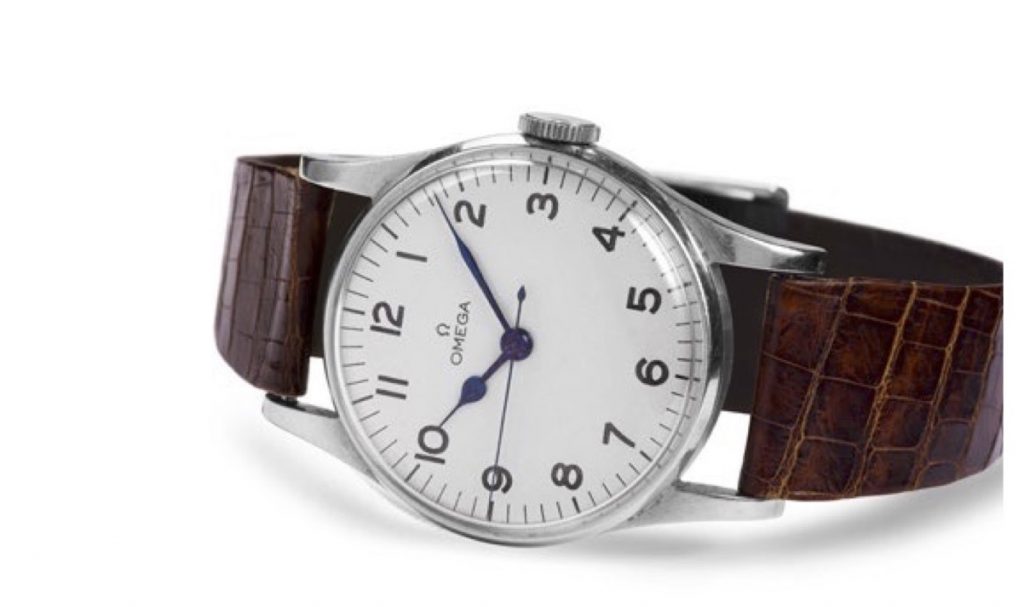 Later in the war, Omega unveiled  the  CK2444 — recognized for its extreme water resistance.The Ministry of Defense was so impressed that it had the caseback engraved with w.w.w.– standing for Waterproof Wrist Watch. There was also a Broad Arrow marking on the dial and on the caseback to reference the British military. These watches laid the ground work for Omega, and served as the launching platform for the iconic Seamaster collection.  Today, Omega continues to build top-quality instrument timepieces in its Seamaster,  Speedmaster and other collections. 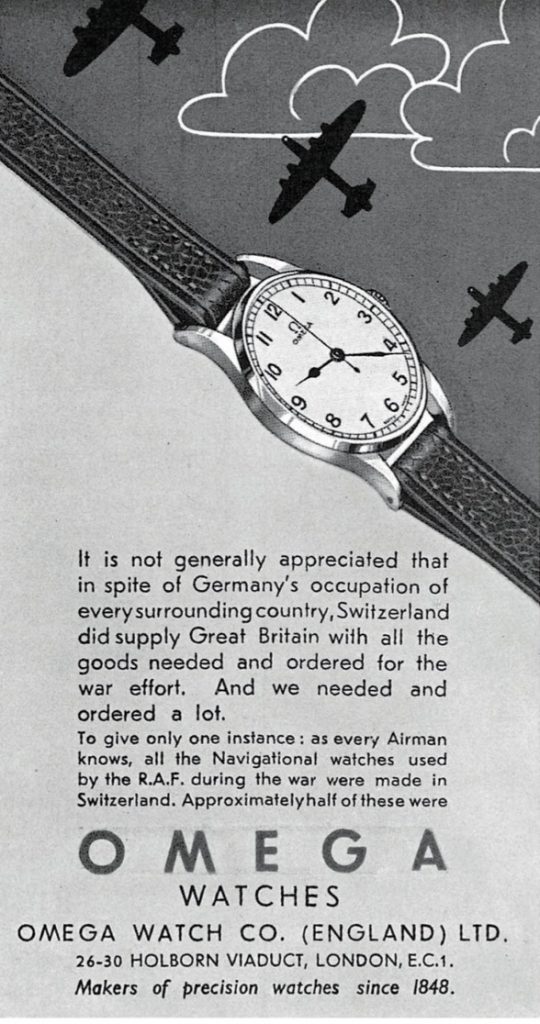 During World War II, 50 percent of Switzerland’s watch exports to Great Britain were from Omega.