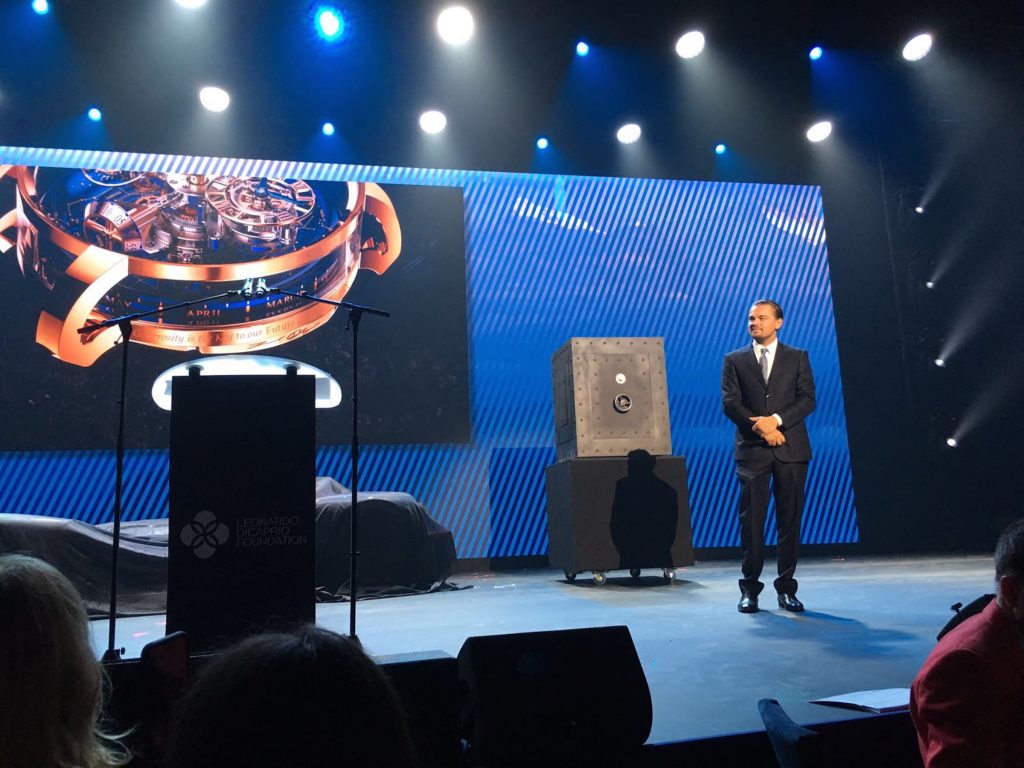 Leonardo DiCaprio at the LDF Event in St. Tropez where the Jacob & Co. Astronomia Sky watch (with DiCaprio’s signature engraved on it) was auctioned.

Just a couple of nights ago, at the Leonardo DiCaprio Foundation event in St. Tropez, a  bidder who wishes to remain anonymous paid several hundred thousand dollars more than the $580,000 retail price of a regular Jacob & Co. Astronomia Sky watch for one that has Leonardo DiCaprio’s signature engraved on it. To be fair, the auction held during the gala was a charity event benefitting the Leonard DiCaprio Foundation. Word on the street is that the watch — also engraved with the words “Generosity is the Key to Our Future”  — sold for more than $780,000.

The customized Jacob & Co. Astronomia Sky watch was created specifically for the St. Tropez Fundraiser at the request of DiCaprio’s team. Turns out DiCaprio is a fan of Jacob & Co and even purchased a diamond and ruby Brilliant watch last September at an auction. 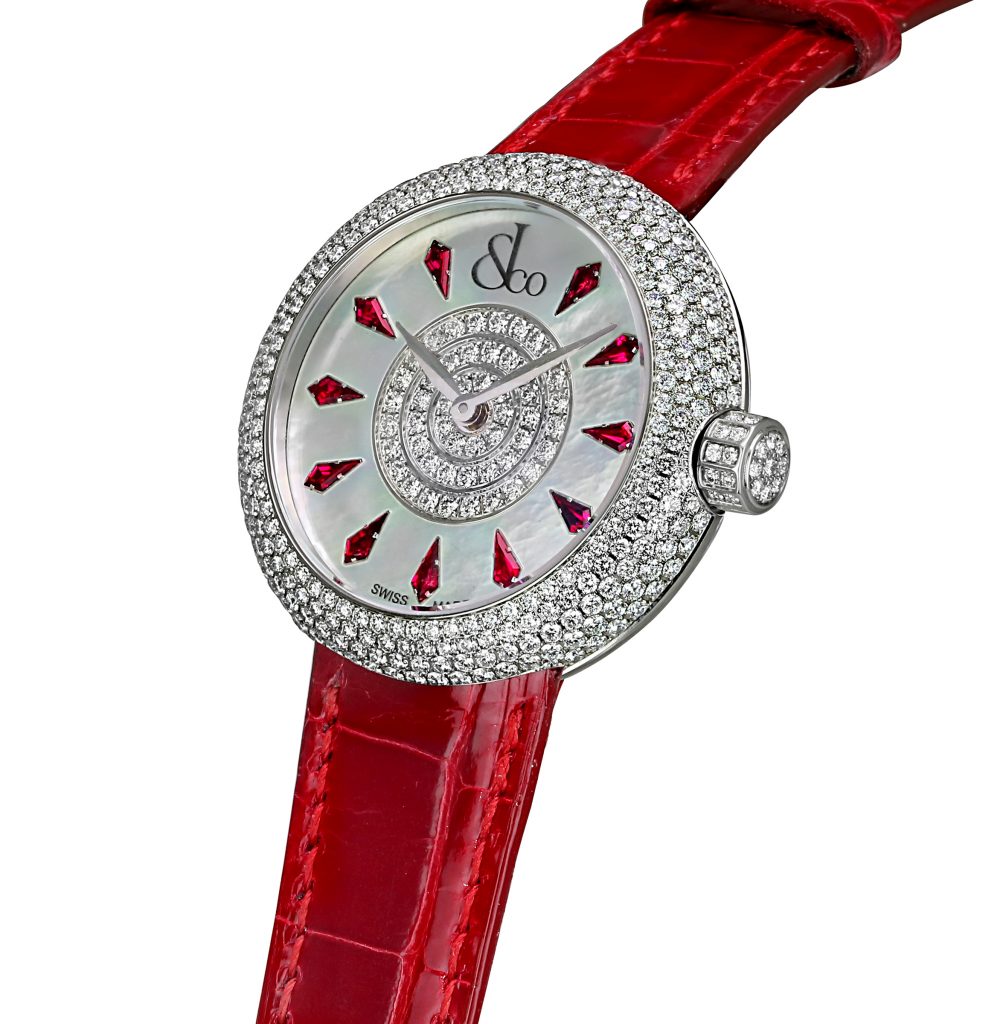 The Astronomia Sky watch that sold at the LDF event is a Triple Axis Tourbillon with sidereal time display, oval sky indicator, 24-hour day and night indicator, and rotating satellites. With a 288-faceted Jacob Cut diamond globe and a hand-painted Earth globe gracing the dial, it is a masterpiece of art and technology. In fact, the brand has since had several evolutions of this much coveted Astronomia series, including the recently released  Astronomia Solar watch. 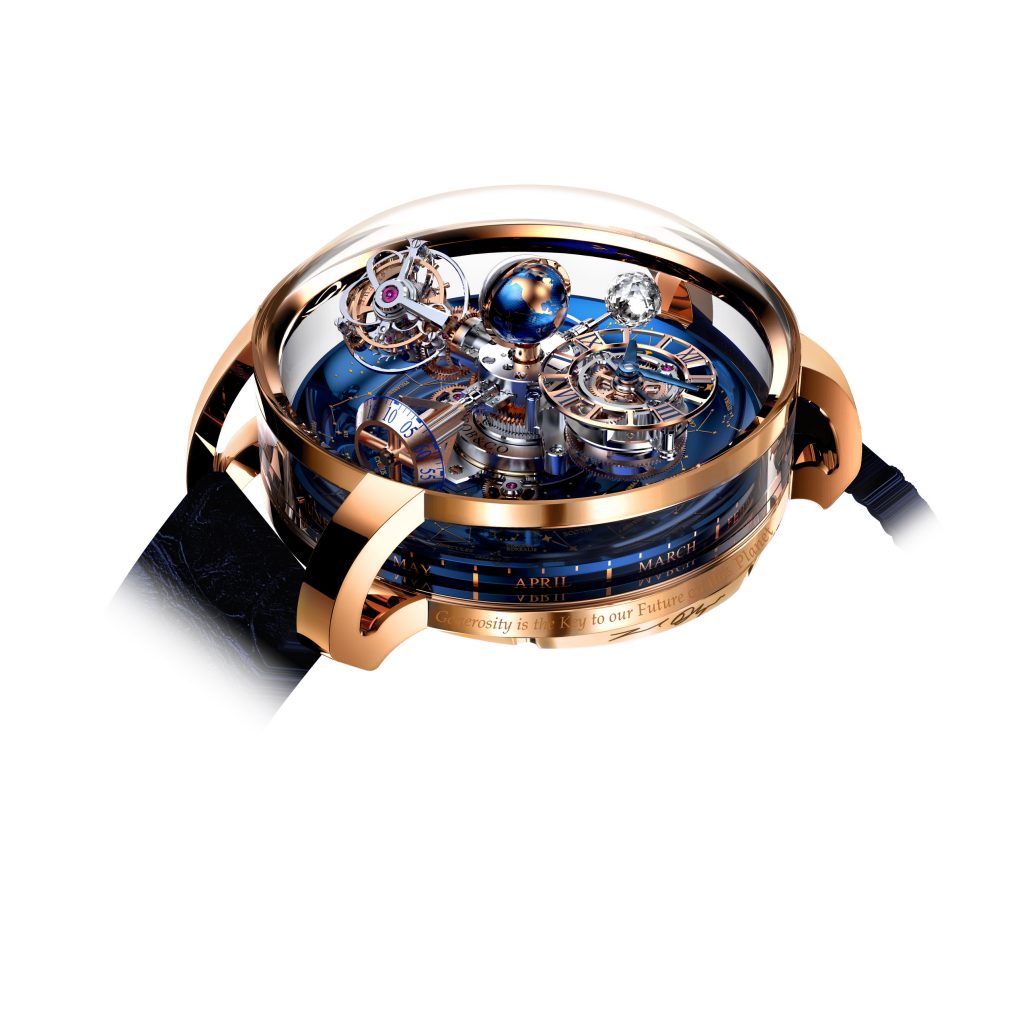 Jacob & Co. Astronomia Sky watch that was auctioned at the Leonardo DiCaprio Foundation event for more than $750,000.

The auction of goods, artwork and experiences continues on line at LeonardoDiCaprio.org until August 23. The money raised supports LDF’s mission, “To protect the Earth’s last wild places, implementing solutions that restore balance to threatened ecosystems, and ensure the long-term health and wellbeing of all its inhabitants.”