NEWS: The Chronograph was really created first by Louis Moinet in 1816 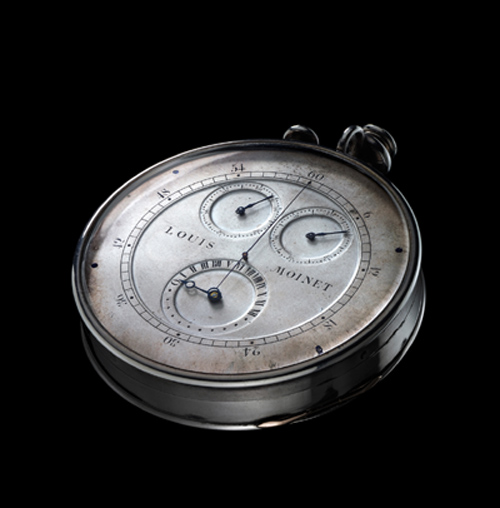 Today, we wrote about Swiss watch history (here), but today, history is being re-written.  Heretofore it was believed that Nicolas Rieussec invented the chronograph in 1822, but the discovery of a watch made by Louis Moinet in 1815 and 1816 – which he called the Compteur de Tierces – has been confirmed by experts as a true chronograph.

This remarkable instrument of an entirely original design is evidently the work of a genius well ahead of his time. It measures events to the sixtieth of a second (known in those days as a “third” or tierce in French), indicated by a central hand. The elapsed seconds and minutes are recorded on separate subdials, and the hours on a 24-hour dial. 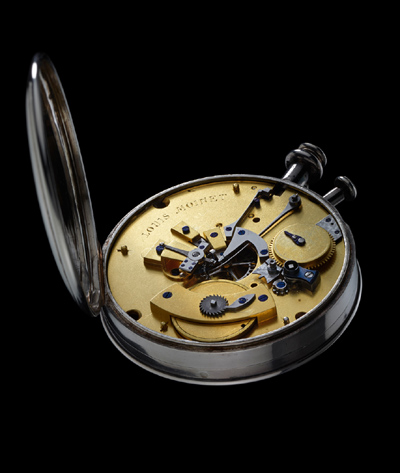 The back of the Louis Moinet chronograph

The stop, start and reset functions for the central hand are controlled by two buttons which qualifies it as a chronograph in the modern sense, although the term was coined much later. The return-to-zero function was revolutionary for the time. Until today, this invention had been thought to date from Adolphe Nicole’s patent of 1862.

Moinet’s compteur de tierces (“thirds timer”) was thus by far the most precise instrument of its period, measuring time six times more closely than the norm. Moinet’s division of time into sixtieths of a second is another historical achievement that places him among the great contributors to modern watchmaking. The chronograph’s balance beats at 216,000 vibrations an hour or at the then unimaginable frequency of 30Hz. To put that into perspective, the usual balance frequency in a modern wristwatch is 28,800 v/h or 4Hz. Louis Moinet is thus the father of high-frequency time measurement, although it was not until exactly a century later that a watch was made to beat his record. 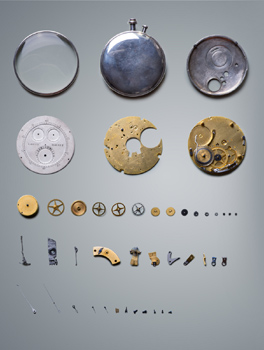 Every part was hand made and cut

Originally Moinet created the timer for astronomical uses. According to a letter he wrote in 1823, “I came to Paris in 1815 with the sole purpose of devising and making a compteur de tierces. The difficult and seldom attempted realisation of this instrument of a new construction, has achieved my purpose most satisfactorily.”

His satisfaction has become hot news in the watch world now that this watch has been discovered and authenticated.