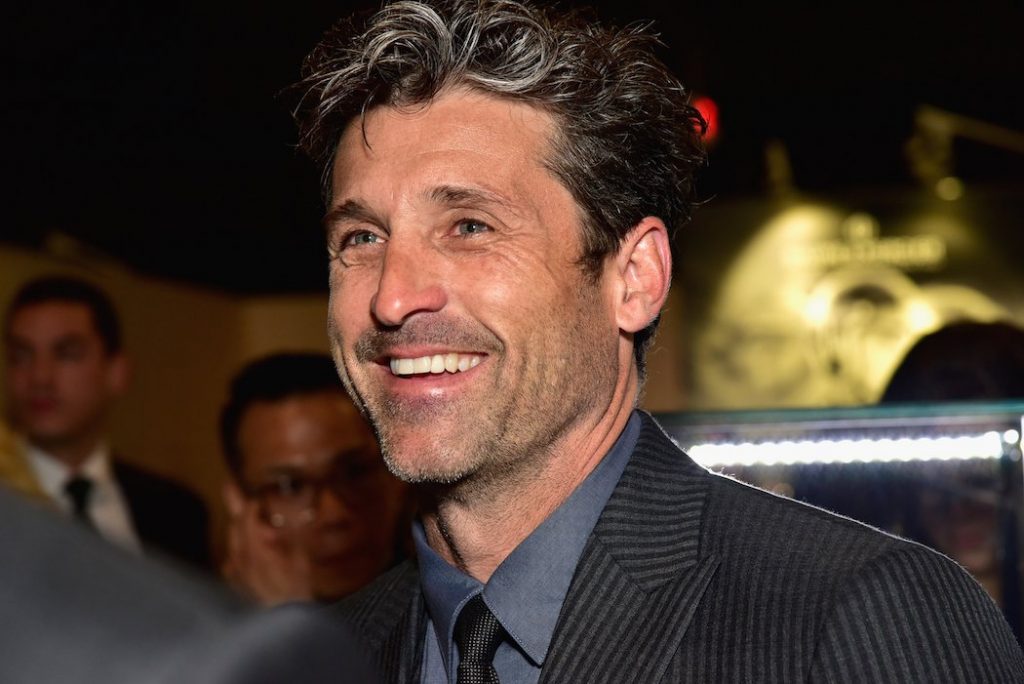 Patrick Demsey attends the TAG Heuer At TimeCrafters NYC 2016 on May 12, 2016 in New York City. (Photo by Eugene Gologursky/Getty Images for TAG Heuer)

Those who know the steam Dr. Derek Shepherd from television’s Grey’s Anatomy may be interested to know that he is also an avid car racer  — with his own team — Dempsey Racing. He is also a TAG Heuer brand ambassador — and he is pretty quick to insist that time plays an important role in his life, where he juggles, racing, acting, family, philanthropy and (soon to come) directing. A man with many passions, During this recent interview, he talked at great length about the importance of staying focused.

I have had the opportunity to interview Dempsey on several occasions, now (you can read one of those here) and – skeptic that I am when it comes to celebrities – I have to admit I find him to be quiet yet enthusiastic and very eloquent. Yes, those blue eyes do drag you in –even if you try not to let them — but in the end, Dempsey is quite likeable and – yes, I’m going to say it – seems like an everyday guy. During this recent interview, he talked at great length about the importance of staying focused.

To begin with, Dempsey had a long run last year in the World Endurance Championships tour — including a second-place finish at Lemans and then a win in Japan. Says Dempsey, “That was my first win in the WEC, which was incredible. After so many years [of racing], to have my dreams realized is really remarkable, and you start to appreciate the journey of what it was to get there. I realized that when you arrive – it is because you just stuck to the process. There was a lot of pressure and we made it happen as a great team effort.  That journey and that win has really affected me, and made a difference on how I approach things now, because I learned so much from working with them [Porsche, TAG and the team]  — their level of execution and focus, and the intensity of that focus. And something shifted in me that made me realize that anything was possible. It made me say, ’ok now I am ready to come back and focus on my careers’.’’

Dempsey is referring to the fact that he had taken a break from television acting (his Grey’s Anatomy Dr. Shepherd role was killed off in an auto accident) to be able to commit to racing. “When you do television, you are just trying to keep up. It is 10 months a year, 15-hour days, you are constantly learning lines and don’t know what time and place you are at. In racing, you really have to be present; your situational awareness has to be so keen. Last year was a complete emergence; driving takes so much time and focus and a lot was sacrificed to be able to achieve that.” 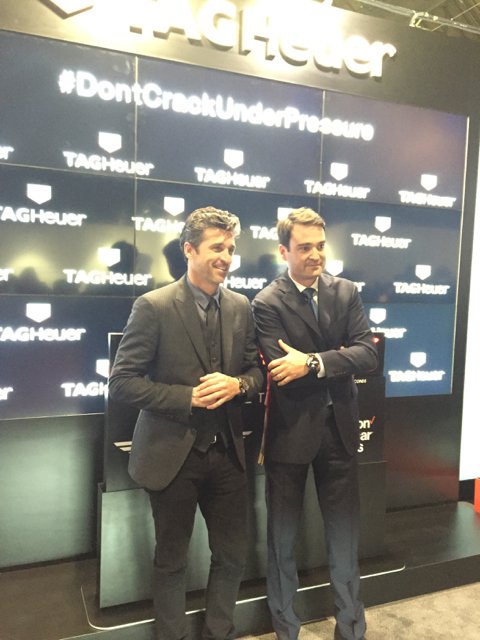 Patrick Dempsey with TAG Heuer at the brand’s exhibition space at a recent watch show.

This year, Dempsey has gone back into acting — having completed the soon-to-be-released movie, Bridget Jones’s Baby, and is even setting his sights on some other projects.  “This is the year to focus on what I want, on where I am now- not the memories of the past and not the future. But the now, and the priorities. I’ll be involved in racing as an owner but not as a driver. But now  I want to focus on projects and savor each one, and get into it in a much deeper way than I have in the past. And that all comes through what I learned in racing, through following the process that gets you there, focusing on the process that gets you to the win.  I am going to be involved in a lot of projects moving forward that will take me to a new level in my career. Now I am material driven. I want to be in control of the material – in acting and to produce. That is my focus right now.”

Make no mistake, though, Dempsey is also a devoted dad.   “My kids are always first. They are the most important thing in my life. My win was great for my kids — to show them that they could accomplish their dreams, that you can do anything as long as you stay true to your vision and your dream. Sure there will be good days and bad days, but if you stay focused, you can achieve it. Having the season end has given me time to breathe and time to be with them, and to support them from the sidelines. My boys are 9 and my daughter is 14, and to be able to communicate with them, talk about their dreams, and just drive them to school and dissect all the cars on the streets has been amazing for me. I think [that] by achieving what I did last year, I am much more focused on everything, especially spending time with them. Time goes by so fast- I want to be present for their growth.”

Of course, Dempsey also discussed his relationship with TAG Heuer. “I think brands like Heuer  bring out the best in you because they have such a rich heritage and you want to live up to their standards and you want to make your mark in that world,”  says Dempsey, noting that he really appreciates TAG Heuer’s heritage and its long-running connection to racing. ” He wasn’t just saying this because of his role; his love of the brand goes back to before he was a brand ambassador.  In fact, he says, he bought a vintage Monaco (1972) years ago. “It’s my favorite by far. I also like the connected watch. The beauty of it is that it connects people to the idea of wearing watches. It is modern, cutting edge and is a gateway to wearing a mechanical watch. It is a sign of the times.” 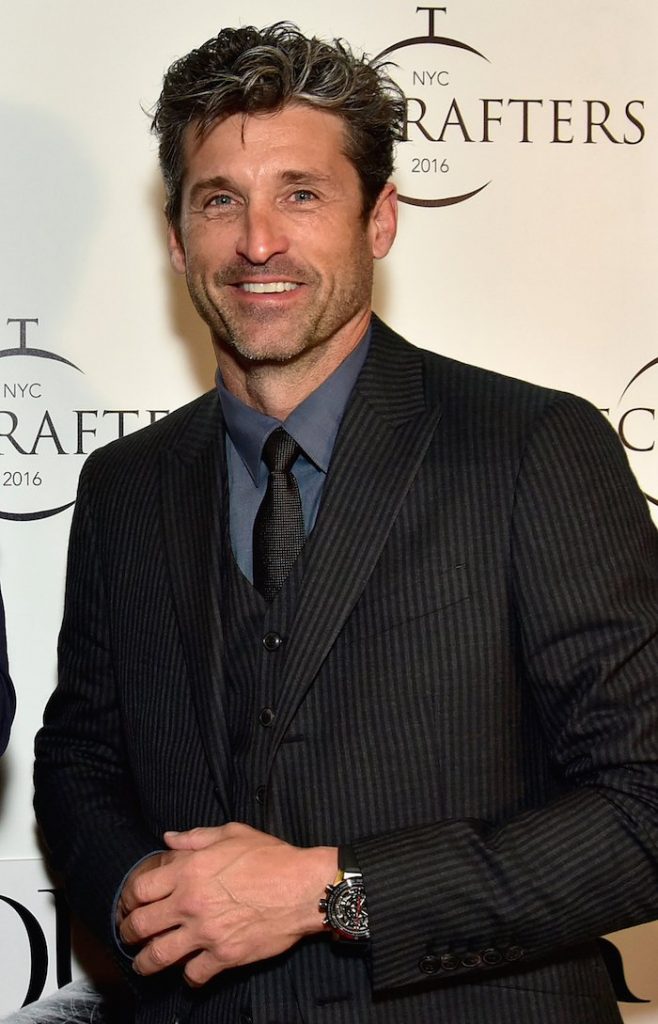