Mirror Mirror on the Wall, Who’s the Rarest of Them All? Unveiling the Greubel Forsey GMT in Platinum (Pre-SIHH 2014) 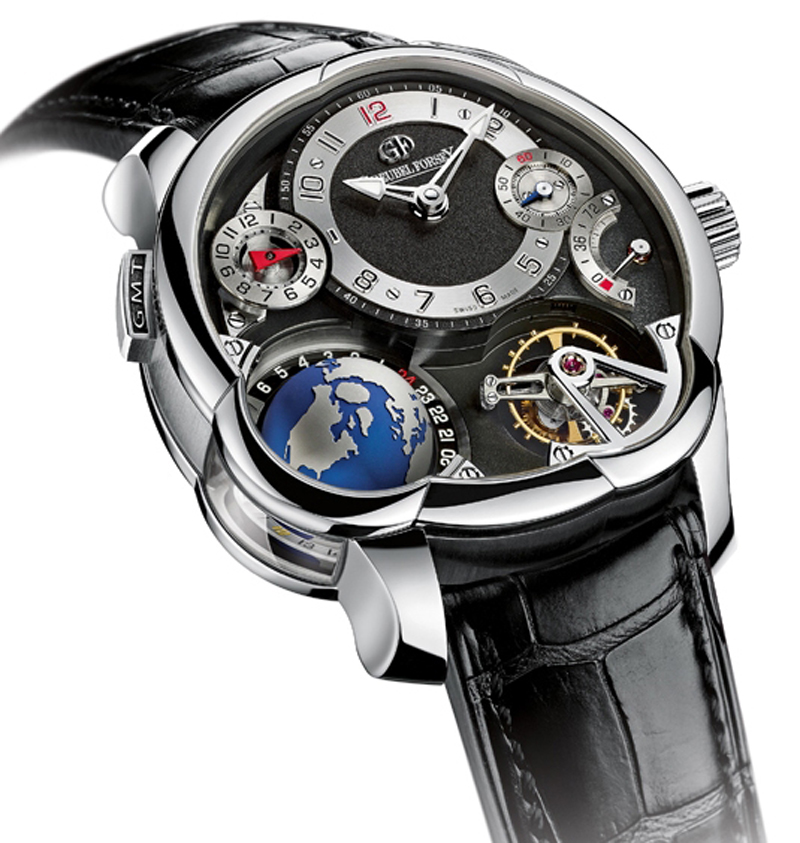 We’ve seen this watch make jaws drop. The sheer three-dimensional beauty of the Greubel Forsey GMT has had many a watch collector lusting after it since it was first unveiled to the world in 2011.  Now, the brand has upped the ante – unveiling it in platinum – the world’s rarest metal.

The watch still holds all of its original magnificence – including the 24-second tourbillon with 25-degree incline and the wonderful rotating globe, the day/night indicator, world time display and more.  The caliber is comprised of 443 components that work together so harmoniously that one barely notices the precision, which is overshadowed by the beauty. 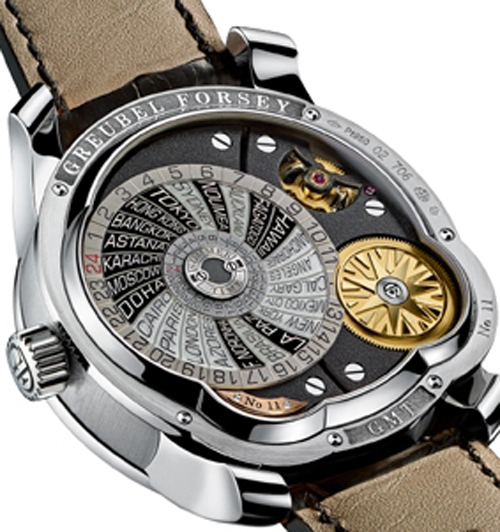 The back of the platinum GMT from Greubel Forsey

“It is important that our timepieces offer ultimate visual access into the movements so the wearer can get a full appreciation of the inventions and the extreme fine finishing we put into them,” says Stephen Forsey.  “We only make about 100 watches a year because we are limited by the superior hand finishing. It gauges how much we can produce. We have 16 artisans in this department. They spend 50,000 to 60,000 hours of hand finishing each year just to complete the 100 watches we make annually. It also takes almost a year to build one of our more complicated movements,” says Forsey. “So we move slowly in our production numbers. But it is not volume we seek, but precision.”

And precision is what the GMT watch is all about. While most GMT watches, an acronym for Greenwich Mean Time, offer a second time zone indicator via an aperture display or a hand, Greubel Forsey opts to show it by means of a terrestrial globe that completes each counter-clockwise (the direction Earth spins when looking down from the North Pole)  rotation in 24 hours. A lateral window set in the case offers a viewpoint over the Southern Hemisphere. The second time zone indication is at 10:00, and the back of the watch showcases the universal time for 24 zones (and summer time indications) through an original rotating disc. 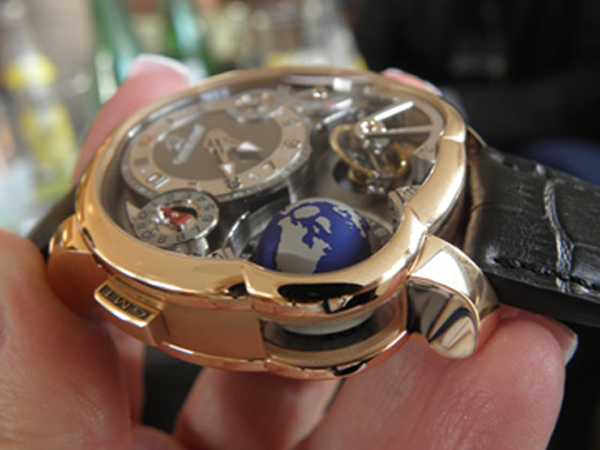 We’ve reviewed this watch here before, but now – in platinum – we have to reiterate: It is a statement maker with unparalleled technical prowess and sheer power. The retail value – well – that’s a power house, too – climbing to somewhere around $650,000 compared to its rose gold counterpart that sold for approximately $595,000.