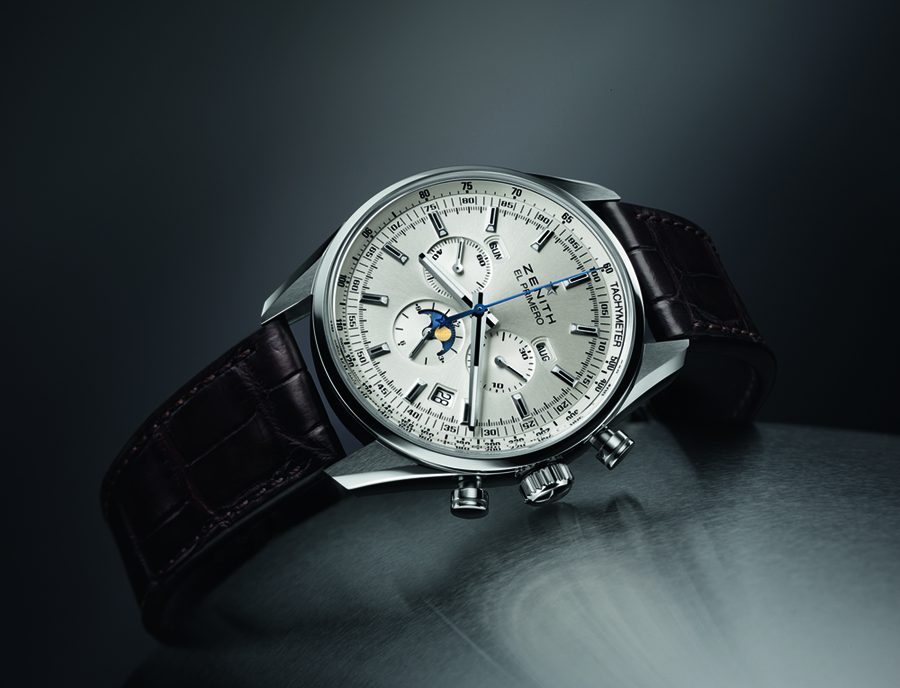 Those who love a precision instrument will be thrilled with the new Zenith Calibre 410 that recalls the original powerhouse introduced in 1969. That same year that men walked on the moon, Zenith unveiled a revolutionary new movement that had been seven years in the R&D stages. The watch – code named the El Primero (translated as “the first”) 3019 PHF (and later referenced as the 410) — was the first ever fully integrated automatic chronograph – meaning a chronograph module was not added to the watch, but instead the caliber was built around an automatic column wheel chronograph. Taking the timepiece leaps and bounds further was the fact that it beat at al speed of 36,000 vibrations per hour – making it exceptionally precise to 1/10th of a second. Mind you- we are talking about 1969 –   when 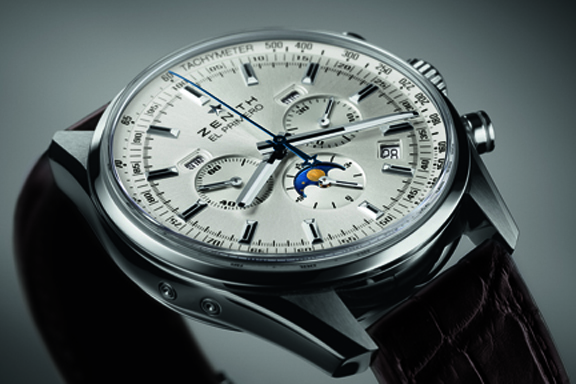 other comparable brands were beating at much slower speeds.  Zenith then equipped the watch with a date, a tachometer and a 50-hour power reserve. It went on to produce variations of this caliber until 14 years ago.  It is interesting to note that last year, Zenith snapped up one of what are supposed to be 25 prototypes of the El Primero (manufactured in 1970). That prototype was part of Christie’s May auction and sold to Zenith for more than $40,000.

Now — 45 years after the prototype was first released – Zenith recalls that famed technically advanced watch in a special 500-piece limited-edition series. The new El Primero 410 triple calendar chronograph with moonphase replicates the original layout of the first watch with a few simple changes. Among them:  the new version features a silver-toned dial that is 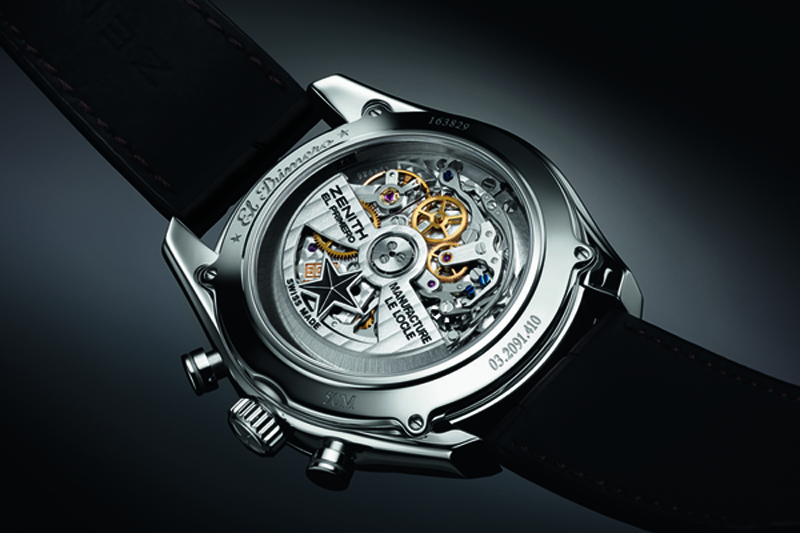 harmoniously elegant thanks to markers and a 4mm larger case size. The day aperture is at 10:00, the indication opposite it at 2:00 and the date falls between 4 and 5:00. Around it, the chronograph subdials are situated at 3:00, 6:00 and 9:00. The intriguing feature is that the moonphase indication is read in the chronograph hour subdial at 6:00. This indication is offered via a disk with two moon cut-outs on it that is driven by a 59-toothed wheel corresponding to two lunar cycles (each of 29.5 days) – making it both precise and unusual at once. The 410 caliber is housed in a stainless steel 42 mm case with a sapphire caseback to view the fascinating 390-part mechanism. The new vintage-inspired El Primero 410 is not only cool to look at, but definitely a bargain to buy – at a cool $11,000 retail.