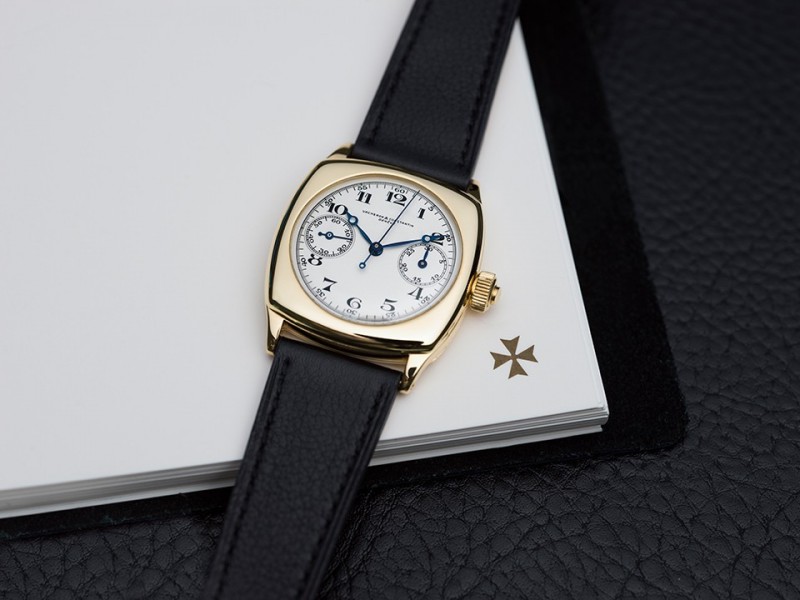 From 1929, this Vacheron Constantin 18K yellow gold 36mm watch is an extremely rare cushion-shaped monopusher chronograph. To the best of our knowledge fewer than 15 pieces were produced in yellow gold, all between 1929 and 1931. In 2015 this reference was revisited to celebrate the 260 years of the Maison with the creation of the Harmony collection. This timepiece was originally sold in Argentina in 1930. Manual-winding movement, time set by crown, flame blued steel hands, 36mm.

Once again, the venerable Vacheron Constantin has created an all-new Les Collectionneurs watch series that is touring its US boutiques now. In fact, this collection of vintage and restored Vacheron Constantin 20th century watches is the first series that will reside permanently (until sold out)  in the brand’s new New York City Flagship boutique. 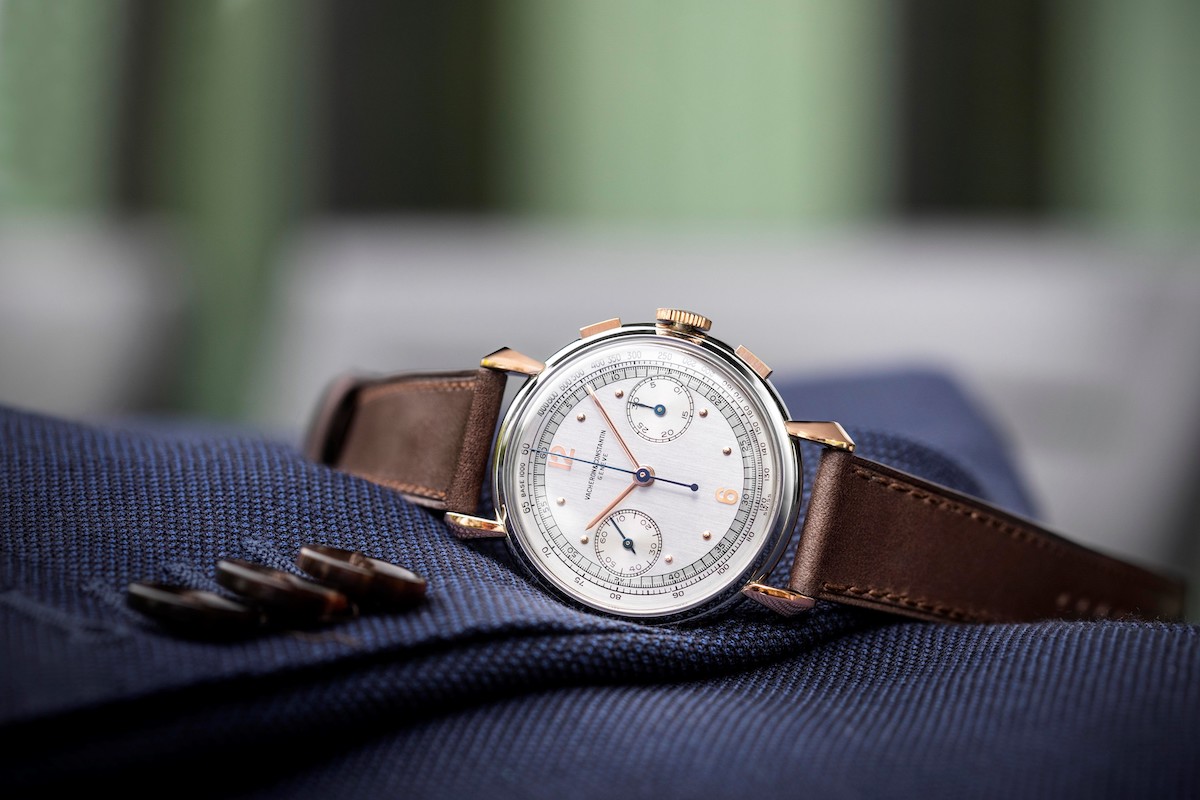 The curated watches in the series were specifically sought by Vacheron Constantin experts because they are from iconic collections. They  have been expertly restored and are being  sold with a certificate of authenticity and a two-year guarantee. With more than 260 years of watchmaking expertise, Vacheron Constantin is able to restore any watch from its workshops, whatever its age, as the brand has been continuously in production since its founding.   The brand  is a leader when it  comes to selecting, refurbishing and selling its vintage timepieces. Each time the brand releases a new collection, watch lovers swoop in to try to grab their dream watches. 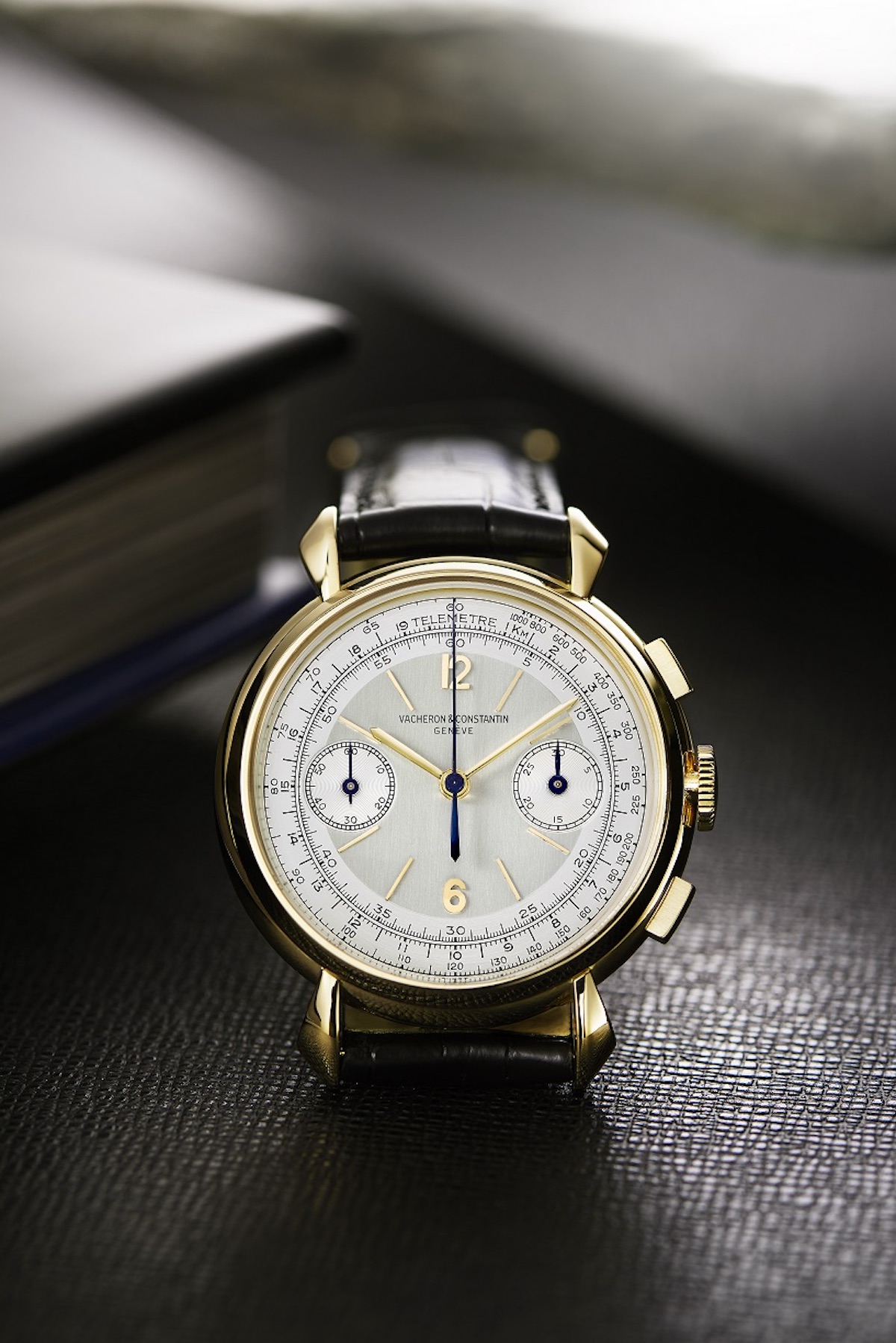 From 1945, this Vacheron Constantin 18K Yellow Gold Wristwatch (ref 12024)
Model 4178 is one of the two most successful chronograph models created by Vacheron Constantin. Its production began in the late 1930’s and finished by the late 1970’s. The reference is highly recognizable due to its fan-shaped lugs. This particular model features a rare telemeter scale in French. This piece was sold in 1945. Two-tone silvered dial, 30-minute counter at 3 o’clock, small seconds at 9 o’clock, external railroad minute track, telemetric scale.

The focus of the assortment includes pocket watches primarily from the years 1910 to 1930 and wristwatches prior to 1970 – with a preference for the period from 1940 to 1960. Once selected, watches are subjected to a dual appraisal. First, a historical evaluation is undertaken to authenticate the piece with reference to the Vacheron Constantin archives. Cases and movements are cross referenced with serial numbers from the last century and a half. Then a technical assessment is performed aimed at determining which interventions may be necessary, from simply cleaning the watch, to a more in-depth restoration – the objective being to preserve these timepieces in a state as close as possible to their origins. The watches are restored to working order using period components or are reproduced in the traditional methods and in identical form within the Manufacture. 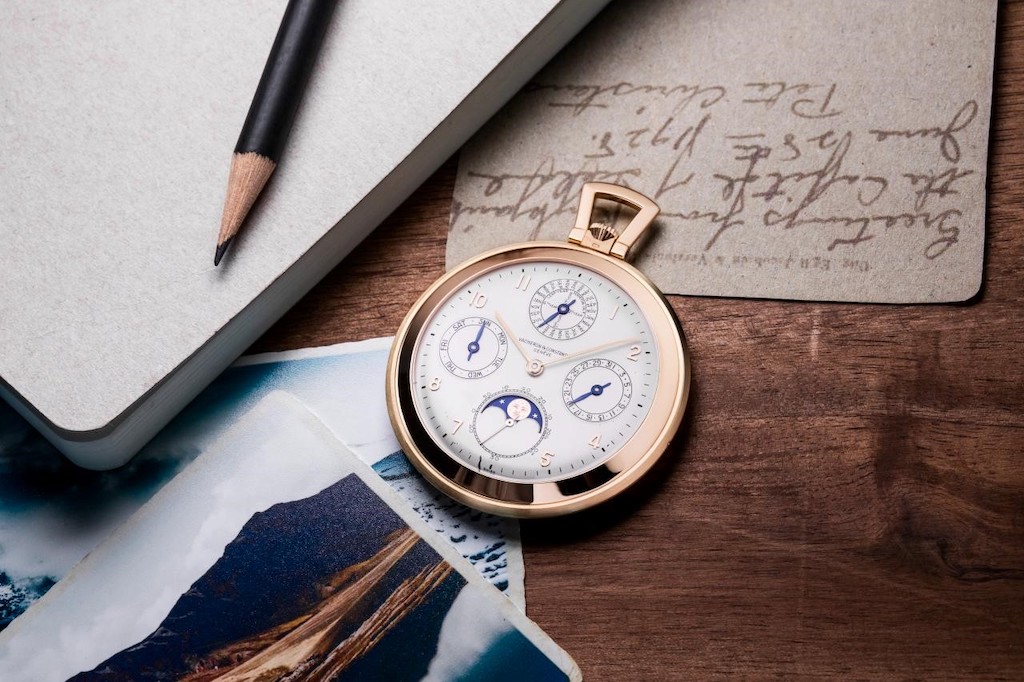 “Les Collectionneurs” represents another facet of Vacheron Constantin,” says Christian Selmoni, Style & Heritage Director. “The collection perpetuates this precious link between past and present, enabling our clientele of connoisseurs and collectors to acquire restored vintage pieces directly through the Maison, which is a real guarantee. As for the events organized around the world to unveil these pieces, they attract both seasoned collectors and younger generations eager to delve more deeply into watchmaking history.”