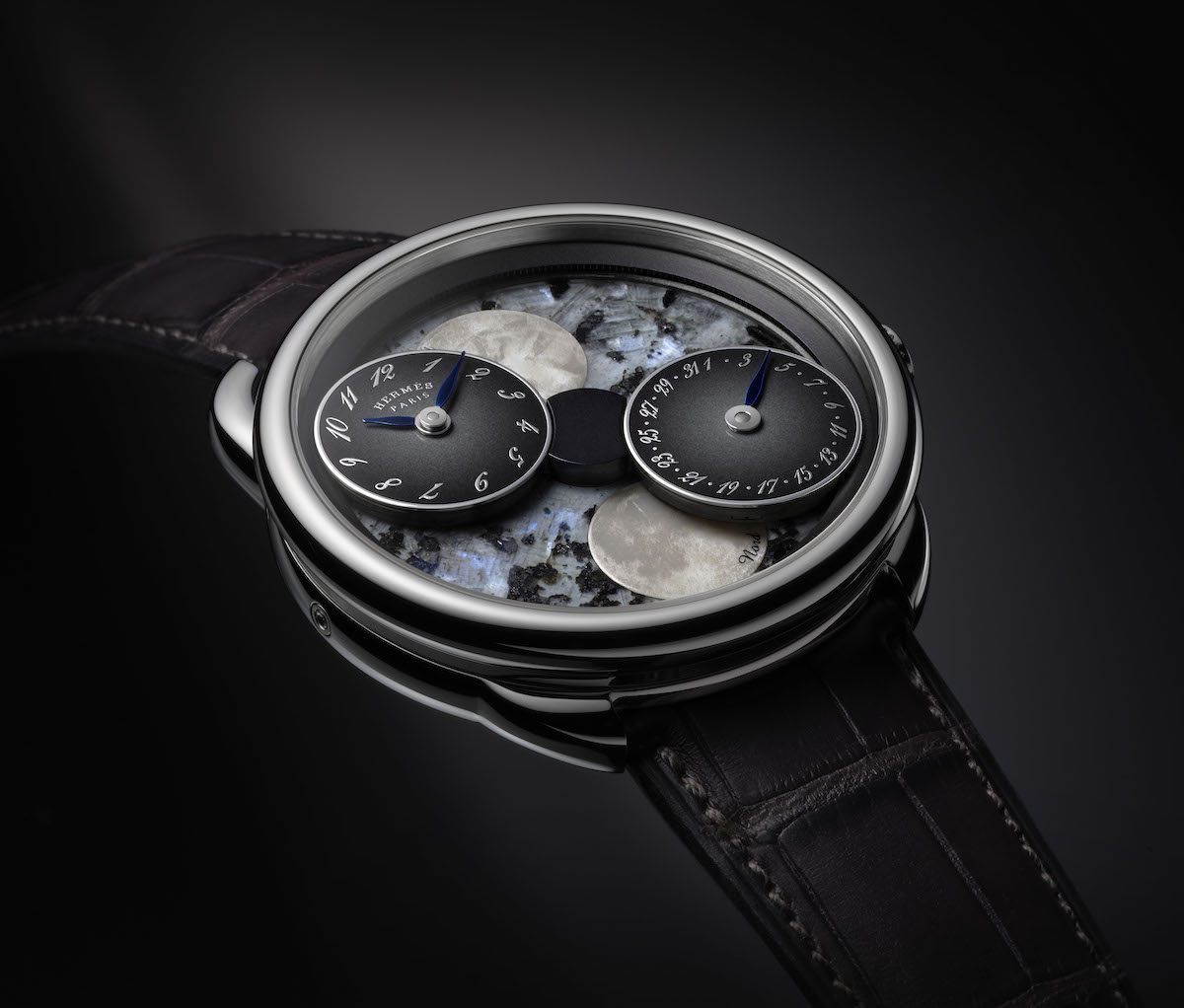 Two new versions of the Hermes Arceau L’Heure de la Lune were unveiled by Hermes this year. This version features a Blue Pearl back dial.

Last year at SIHH, Hermes unveiled its all-new complicated Arceau L’Heure De La Lune watch — a revolutionary new timepiece that was years in the making. Now, the brand expands the collection, adding five impressive new versions, including a few limited editions. The new 36-piece limited edition versions include one with a black Sahara meteorite dial with crystal-effect silver lacquered mobile counters, and one in Lunar meteorite with crystal-effect gradient brown-lacquered moving counters.There is also one with a Martian meteorite that will only be made in an edition of two pieces.

Adding to its regular collection are two blue dials, a Lapis Lazuli model and a Blue Pearl dial. Several things make this watch a stand-out piece. The specially made (and exclusive to Hermes) module for it was created by Jean-François Mojon, Founder, Co-Owner and Managing Director of Chronode SA. The module enables the watch to have rotating hour/minutes and date subdials, while the engraved mother-of-pearl moon disks remain in position on the dial. In other words, where most moon phase watches the moonphase disk rotates, in this watch, the moon disks remain stationary on the dial and the time/date subdials rotate on the larger main dial. As the smaller time/date dials rotate, they cut off portions of the stationary moon disks to indicate the phases. 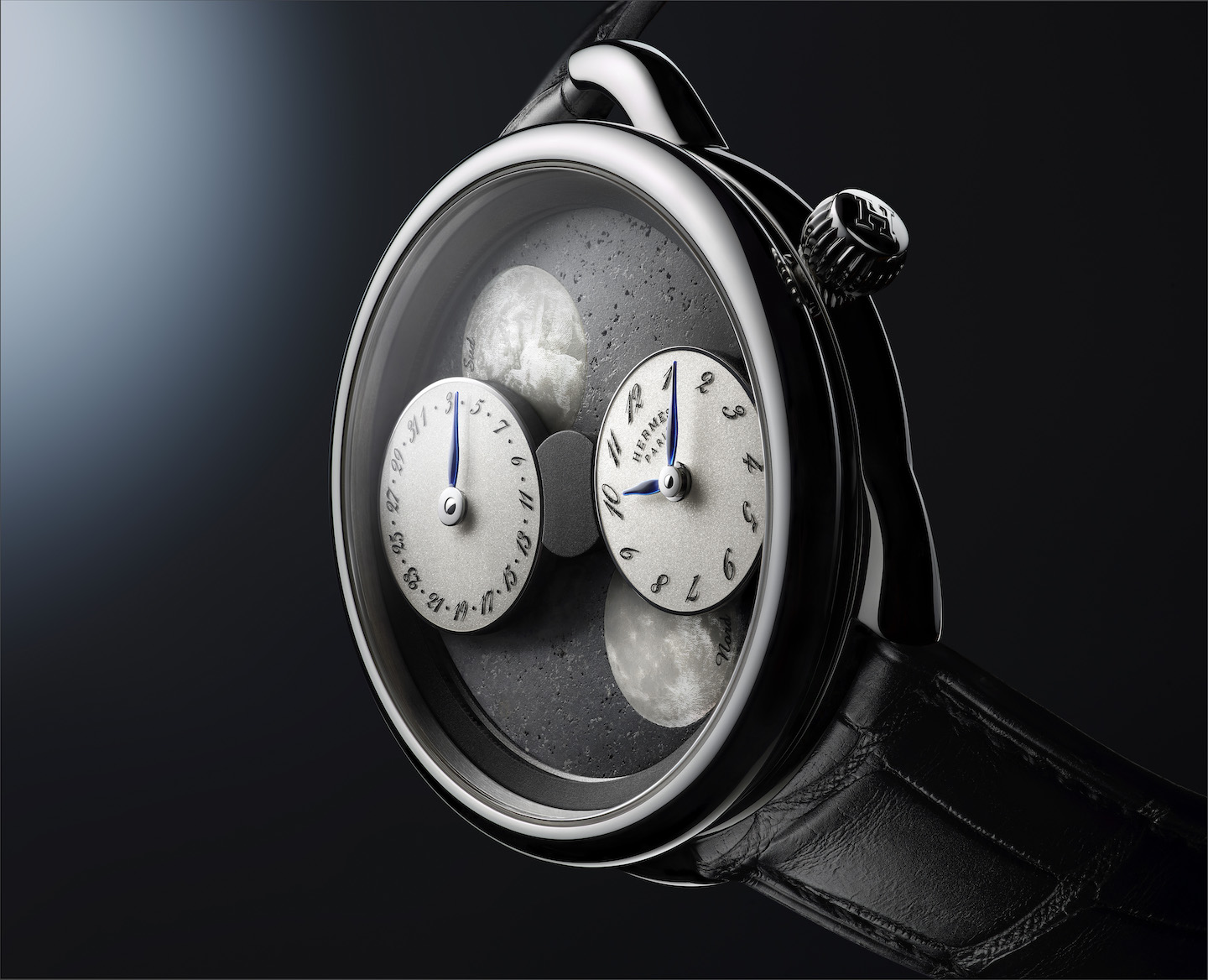 The southern hemisphere moon is depicted on top, while the northern hemisphere moon is shown on the bottom of the dial — just for a touch of Hermes humor. “Additionally, at 12 o’clock, the moon is adorned by a Pegasus designed by the “dreamer-designer” Dimitri Rybaltchenko. Entitled Pleine Lune (Full Moon),this portrayal of the winged horse hints at a passage between two worlds, where magic and reality merge. On the other side, at 6 o’clock, the view of the moon from the northern hemisphere provides a realistic depiction of its surface.” 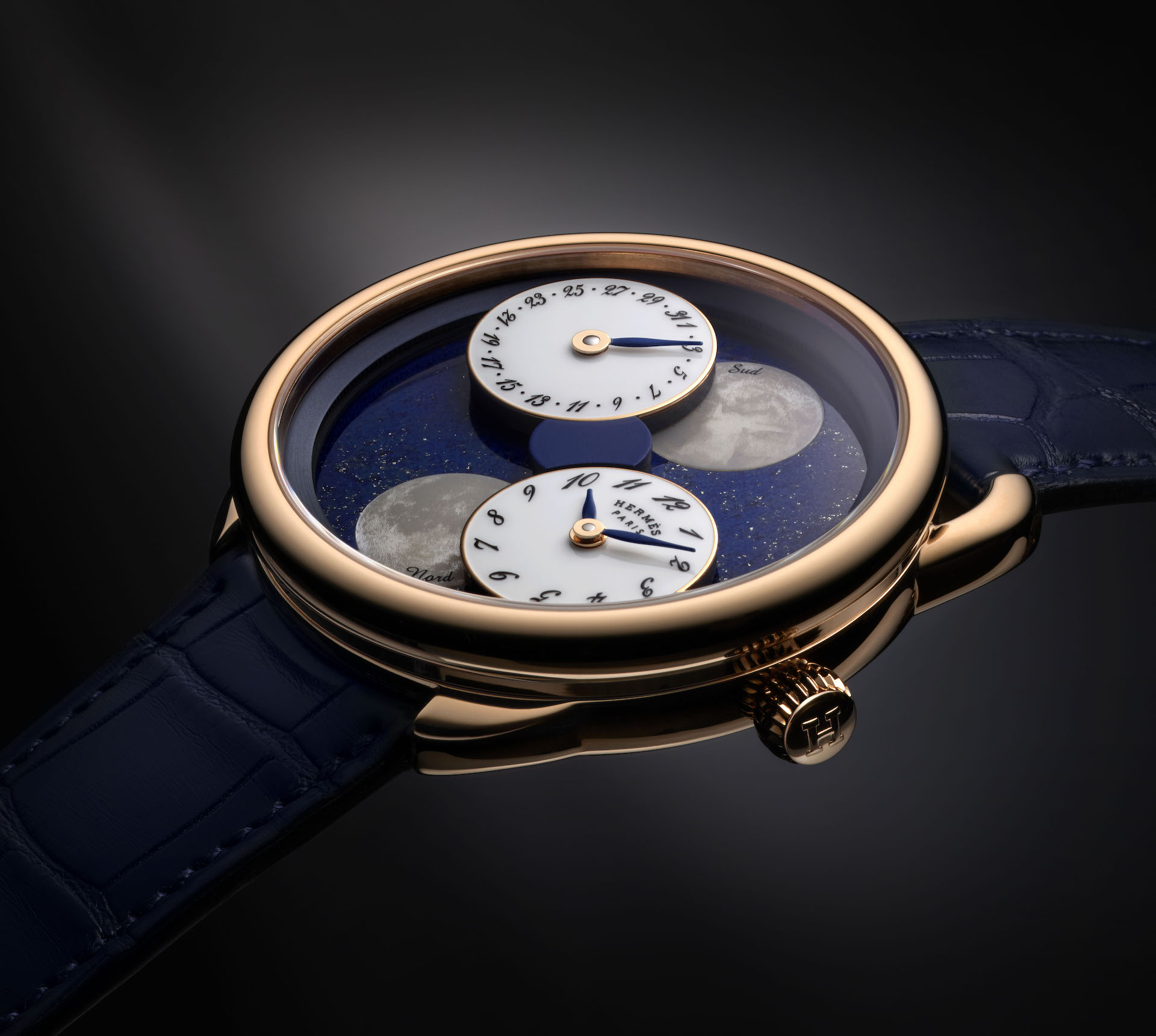 The exclusive module is patented and has 117 components. It joins the Hermes H1837 movement for a total of 193 parts.  The  Arceau case was originally designed by Henri d’Origny in 1978, and features asymmetrical lugs. As to pricing: the blue models that are part of the collection and not limited will retail for $33,200. The Lunar meteorite is $43,000 and the Black Sahara is $54,100. Prices were not released for the Martian dial watch. 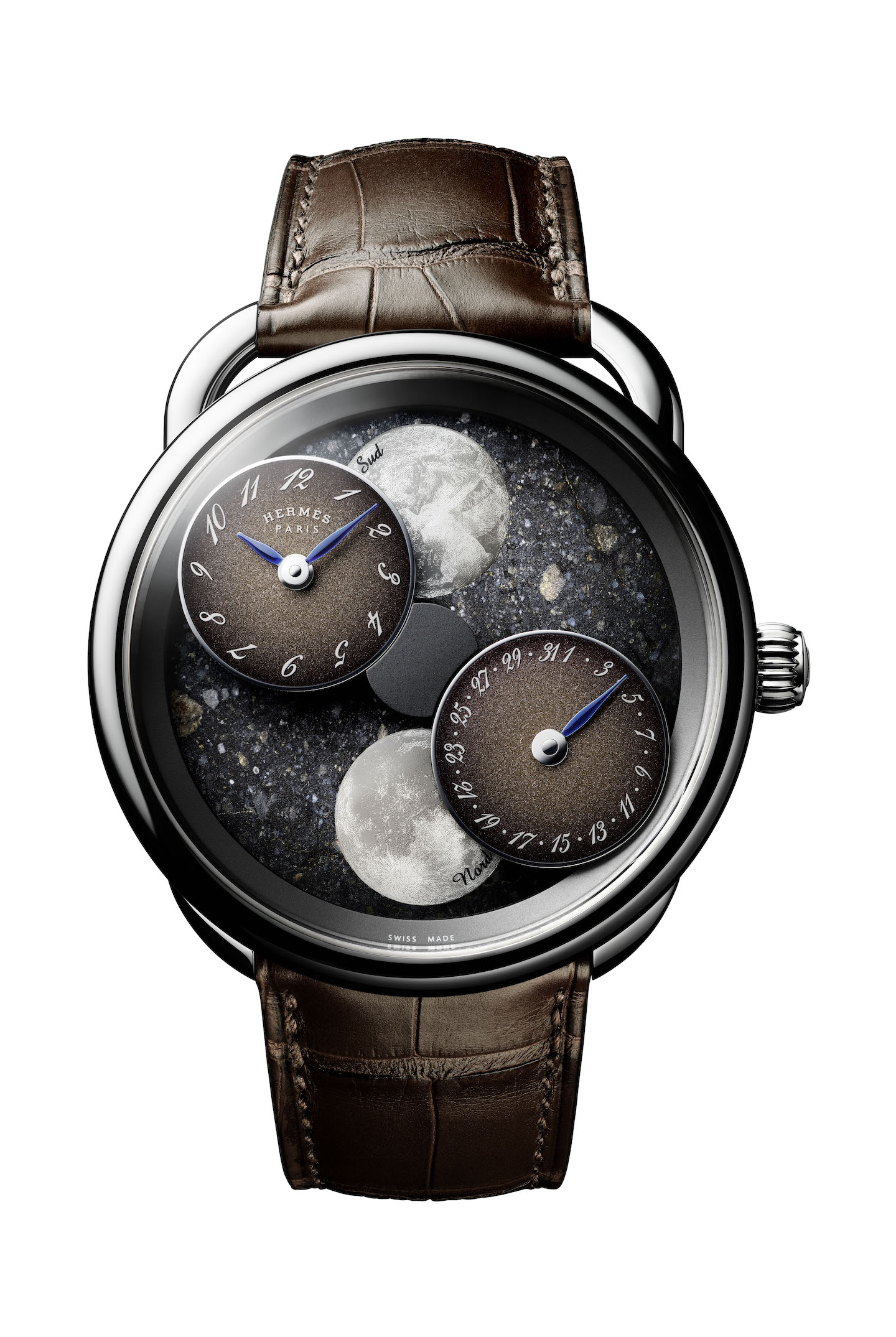