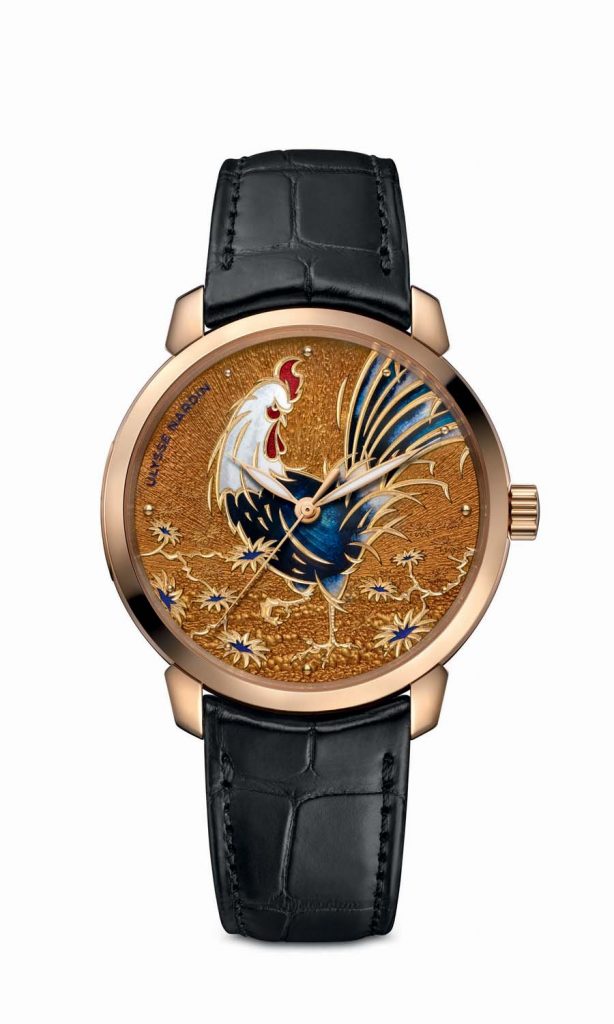 Oh January is such a busy month  with so much going on. Because the Salon International de la Haute Horlogerie (SIHH) 2017 is around the corner and we will be unveiling new products for the coming weeks, we decided to use this week to show off more “Year of the Rooster” watches before it is too late. While the Chinese New Year doesn’t officially kick off until January 28, and we already brought you two new pieces here (Panerai)  and here (Jaquet Droz),  we will take this week showcase another four top brands with Chinese astrological influences — beginning today with  Ulysse Nardin’s Classico Year of the Rooster.

Classico Year of the Rooster

Confident and dynamic, the rooster rules the roost with hard work and a sociable, gregarious nature. He is the epitome of punctual timekeeping.  Ulysse Nardin celebrates this energetic, proud symbol with its  “Year of the Rooster”  Classico watch. Created using the centuries-old champlevé method of enameling that brings the artist’s sketch to life, the watch dial depicts the rooster in all its beauty. The color is essentially painted between gold cells carved and chiseled directly on the dial. The watch is created in a limited edition of 88 pieces in 18-karat rose gold, powered by the self-winding UN-815 movement with COSC certification. 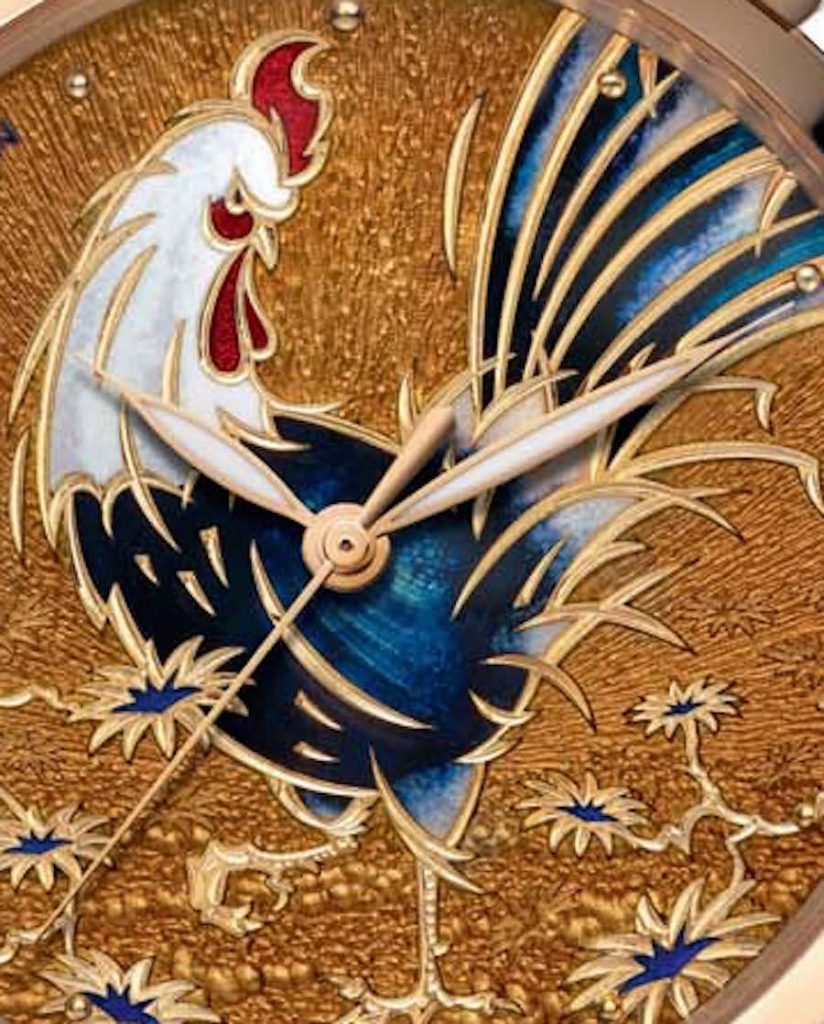 The champleve enamel technique is done in the brand’s Donze Cadrans dial workshops.