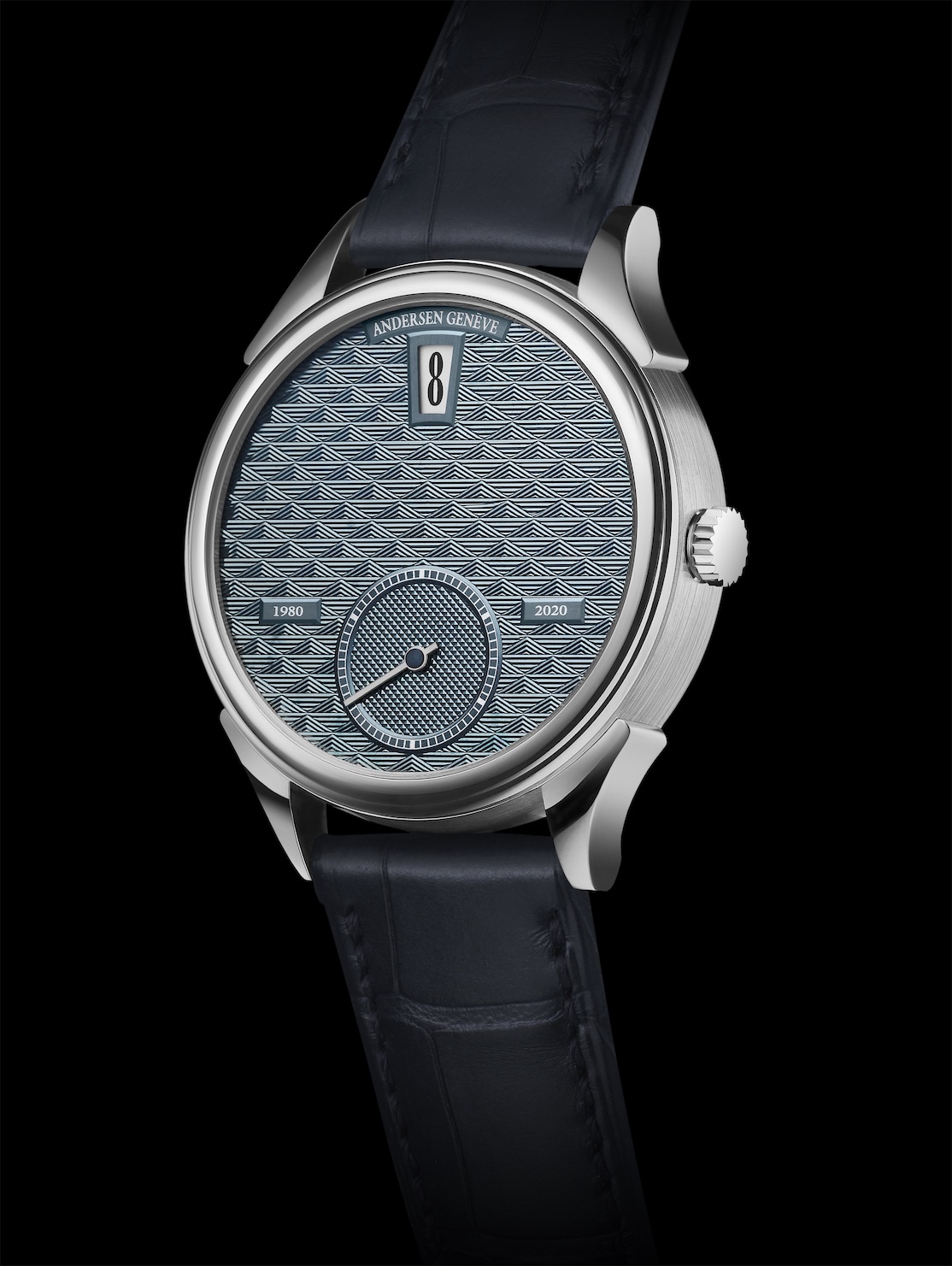 During the year that wasn’t – 2020, the year lost to the pandemic – anniversaries and other occasions took place despite the closures and restrictions on people and businesses. For independent watch brand Andersen Geneve, it was a big one. The brand celebrated its 40th anniversary. Founded in 1980 by Svend Andersen, the company remains to this day a creator of collectors’ delights. Masterful watches that command attention. 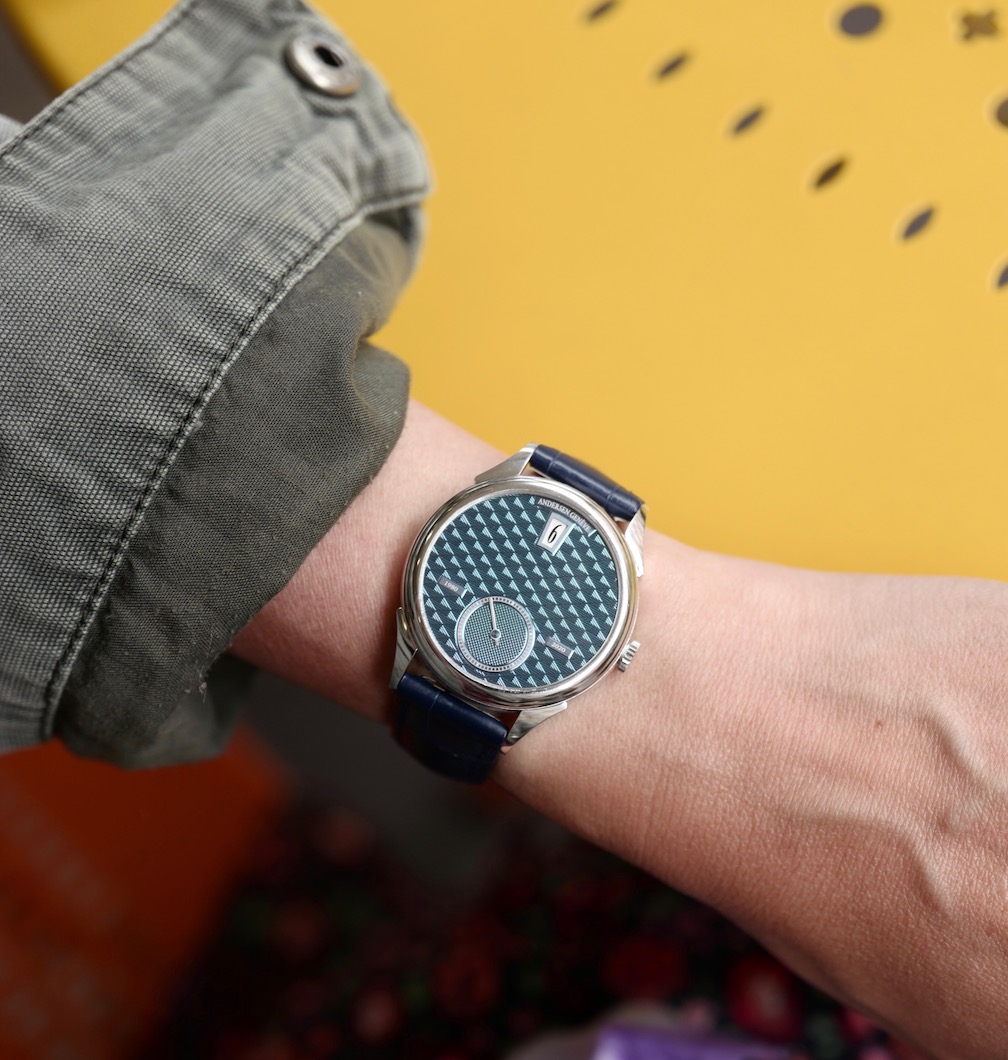 To celebrate its anniversary, the brand released several watches last year, and is topping it all off with this fourth one (to mark its four decades). The newest platinum Jumping Hours watch features an aperture at 12:00 on the dial in which the hour is displayed.  The minutes are discreetly shown on a sub-dial at 6:00, and on each side of that dial are plaques marking the anniversary: one side readds 1980, the other side reads 2020. 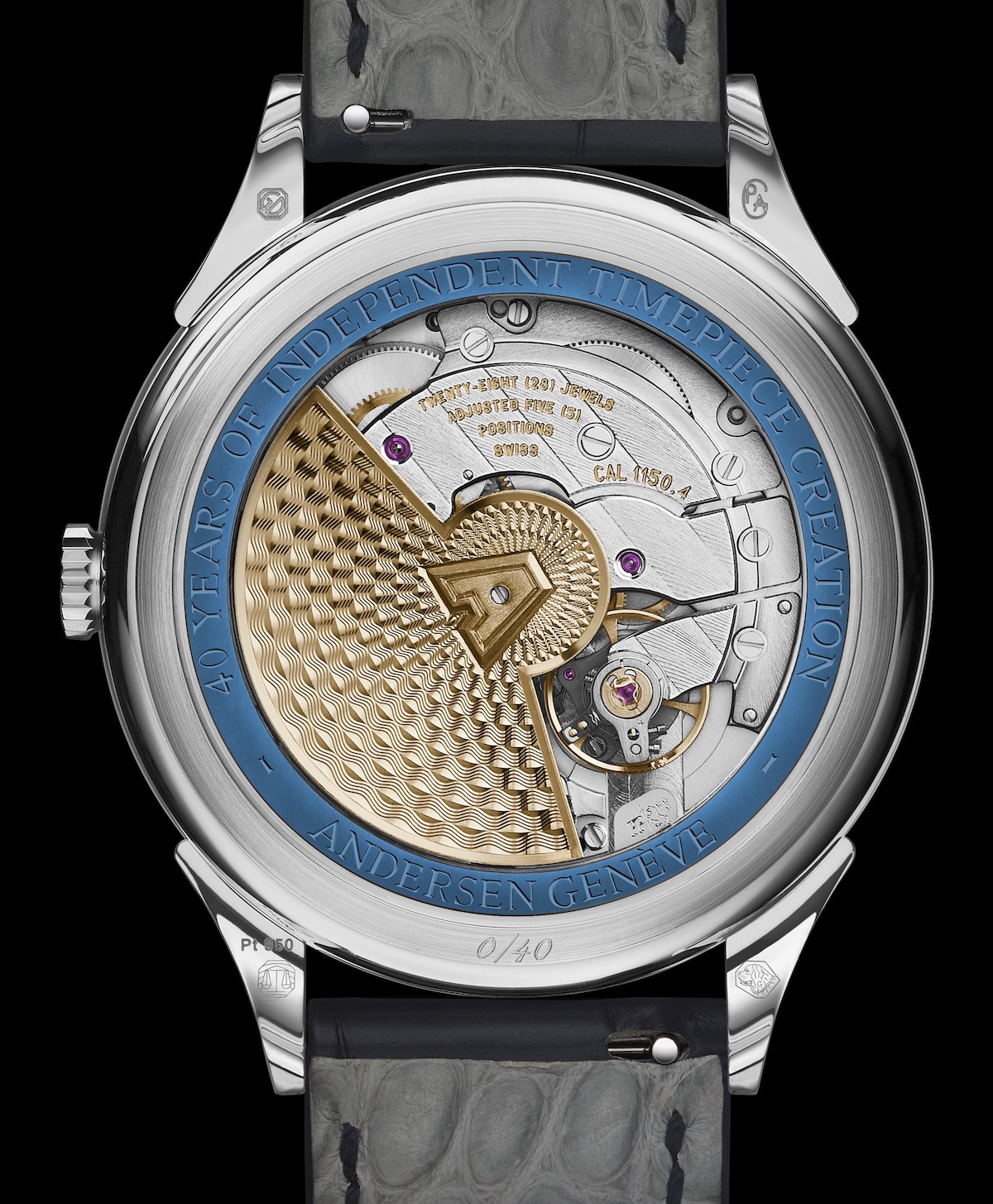 Andersen Genève platinum 40th Anniversary Jump Hour watch features a movement with two barrels and 60 hours of power reserve. The fine finishing is visible from the sapphire case back.

The watch boasts a stunning dial that is hand-guilloche with a “magic lozenge” pattern. It is created using Andersen Geneve’s proprietary 21-karat BlueGold. To create this material, iron is mixed with 24-karat gold and heated to turn this radiant shade of blue/green. Because of the process, every dial is unique. The guilloche’ work is equally as masterful, as three different hand-turned machines are used to create the intricate pattern.

Turn the watch over and there is additional excitement in the form of the meticulous finishing of the movement, visible via a transparent sapphire case back. The 18-karat yellow gold rotor features a special graining guilloche, and it is surrounded by a ring of 21-karat BlueGold – hand engraved with “40 years of independent timepiece creation.” 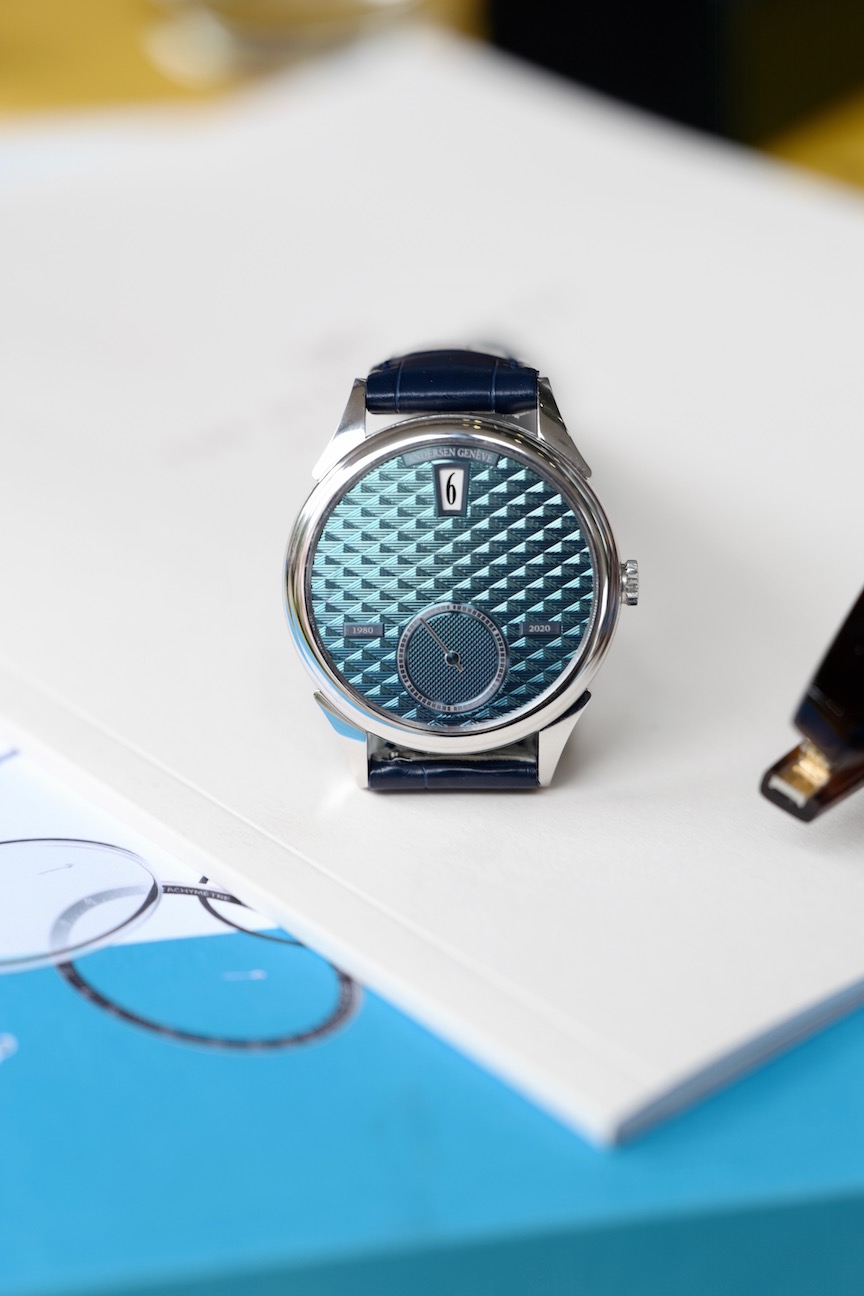 “The watch is powered by the Frédéric Piguet 11.50 movement, one of the finest haute horlogerie automatic calibres in Swiss watchmaking. Its ultra-slim dimensions make it a perfect base to carry the jumping hours mechanism.” The movement is developed and manufactured in-house by Andersen Genève and boasts a two-barrel architecture to ensure 60 hours of power reserve. Sadly, just 40 pieces will ever be made.

As mentioned, this platinum jump hour watch is the final watch in the quartet of anniversary pieces. The other ones included the Tempus Terrae Worldtime watch with baguette-diamond bezel, the Automaton Joker built in collaboration with Konstantin Chaykin and the Jumping Hour 40th anniversary watch in gold. The watch retails for $45,500.

The dial of the Andersen Genève platinum Jump Hour watch is created using three hand guilloche machines and a special material in BlueGold.