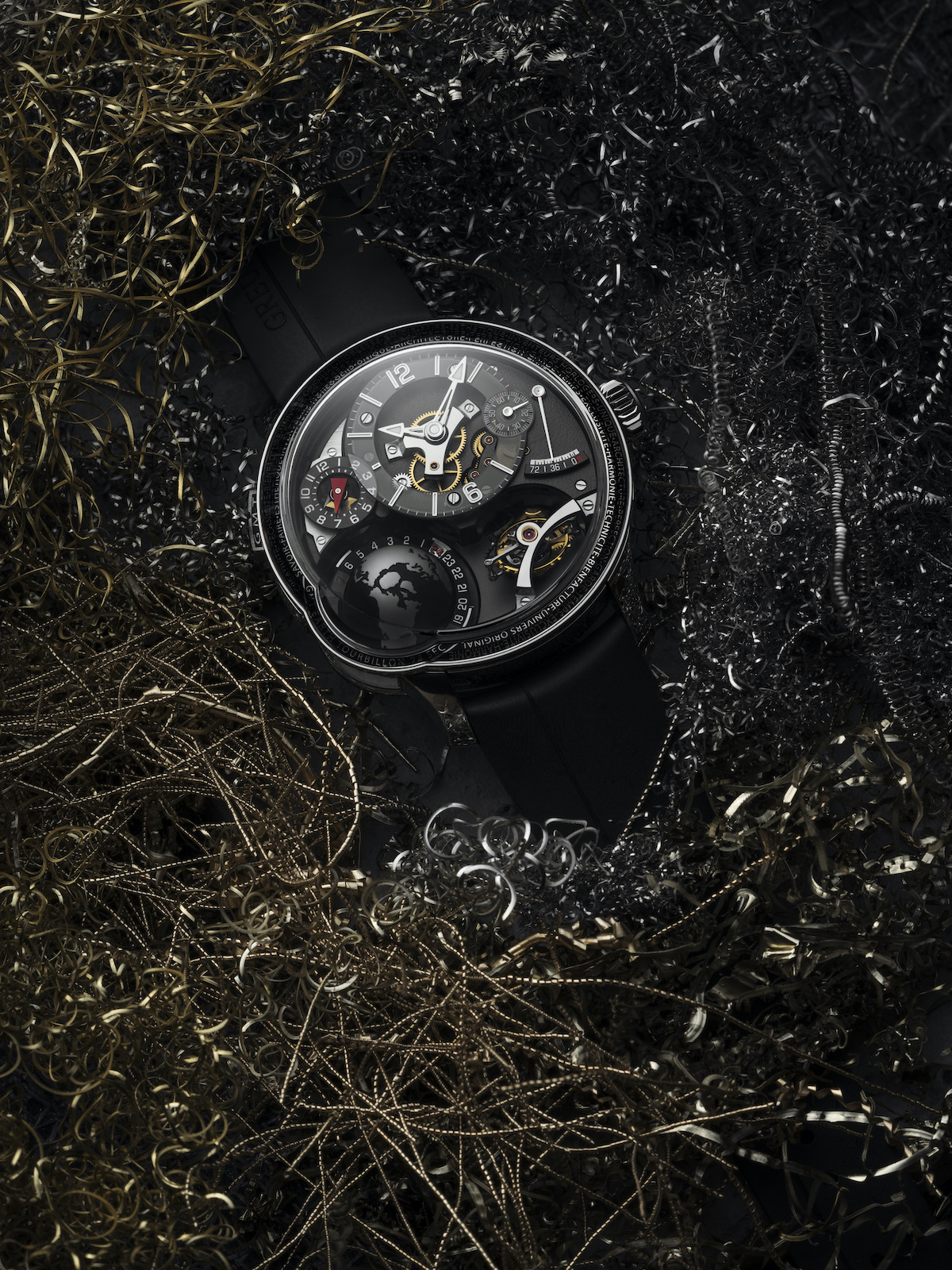 Greubel Forsey has long been known for its incredible haute horology – building exclusive, highly technical timepieces that are coveted by collectors and have long waiting lists to buy. One of its most beloved watches is the GMT Earth watch, which it has created in several editions since its original unveiling of the technical concept in 2011. It took seven years for that concept to become a reality in the first watch released in 2018. Now, the brand unveils its final edition: the GMT Earth watch in stealth black with a new titanium case.

The GMT Earth watch allows for viewing from all angles of the Earth globe that appears to be floating in space. The laser-engraved Earth shows world times in an easy-to-read manner. The watch also consists of Greubel Forsey’s third invention, the Tourbillon 24 Seconds. This tourbillon is set at an angle and rotates faster than most tourbillon cages in order to account for gravity when the watch is in different positions. It also enhances chronometric performance. 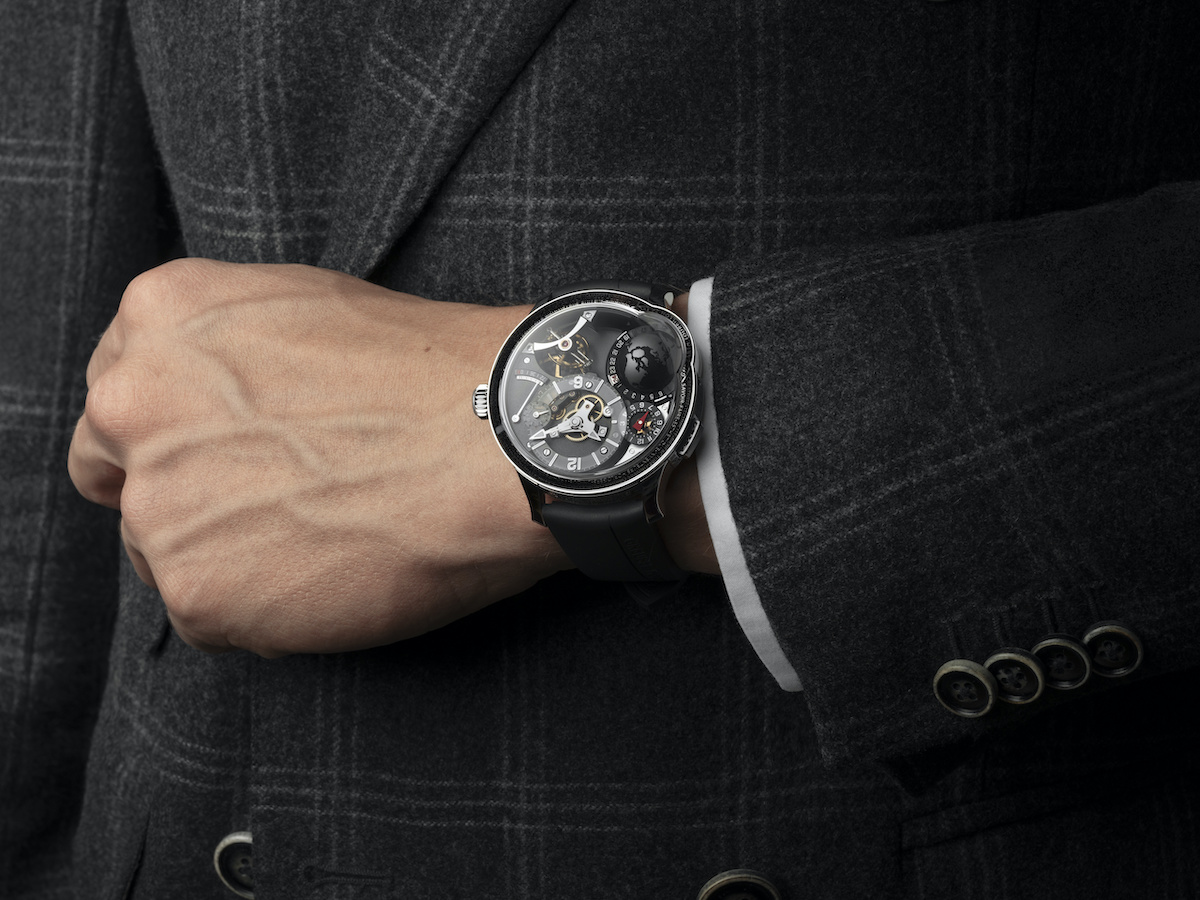 Just 11 pieces of the Greubel Forsey GMT Earth in titanium with black dial and globe will be made.

Measuring 45.50 mm in diameter, the titanium case features a lateral window with a sapphire crystal for optimum viewing of the parts. Not only was titanium the metal of choice for the case, but also for the bridges, the GMT push piece, the crown and the folding buckle.

While the first versions were created in 18-karat white gold, and the second platinum, this third version in titanium s the lightest in weight and by nature of the materials is impervious to temperature variations, magnetism and allergenic reactions. It is also much stronger than platinum and so is rugged and durable.  The stealth look of the matt finish and the black three-dimensional dial and elements gives the watch a truly modern appeal. 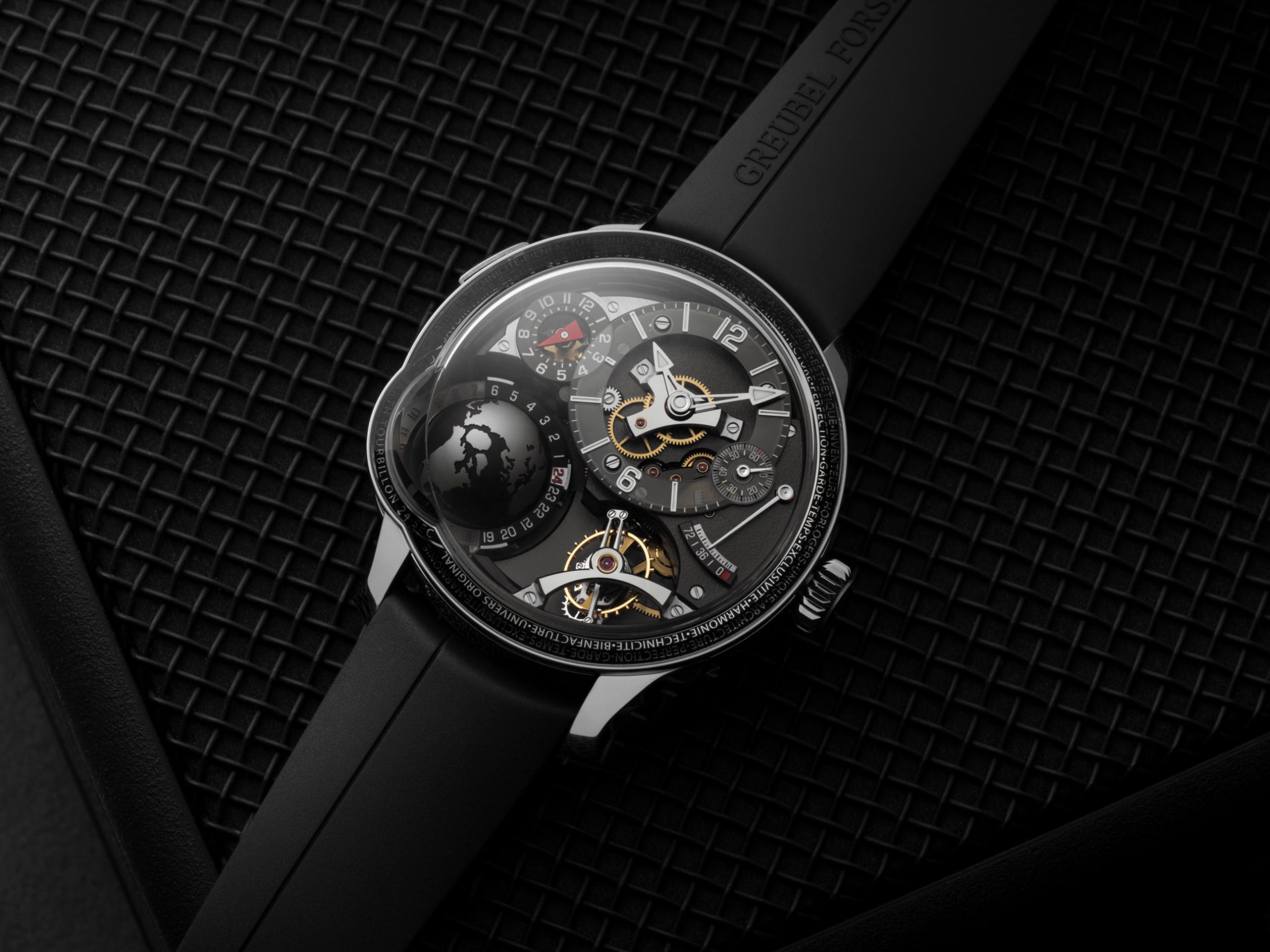 Looking at all of the three versions, one would be hard-pressed to pick a favorite, as each has its own appeal. The first gold model is stunning especially with the colorful Earth disk. The platinum version is alluring if not simply because it is crafted in the ultra-rare material. However, I personally love this titanium version with mysterious black dial and globe. It has a sense of vision about it rather than classic elegance. Just 11 pieces of the new GMT Earth titanium watch will be built.