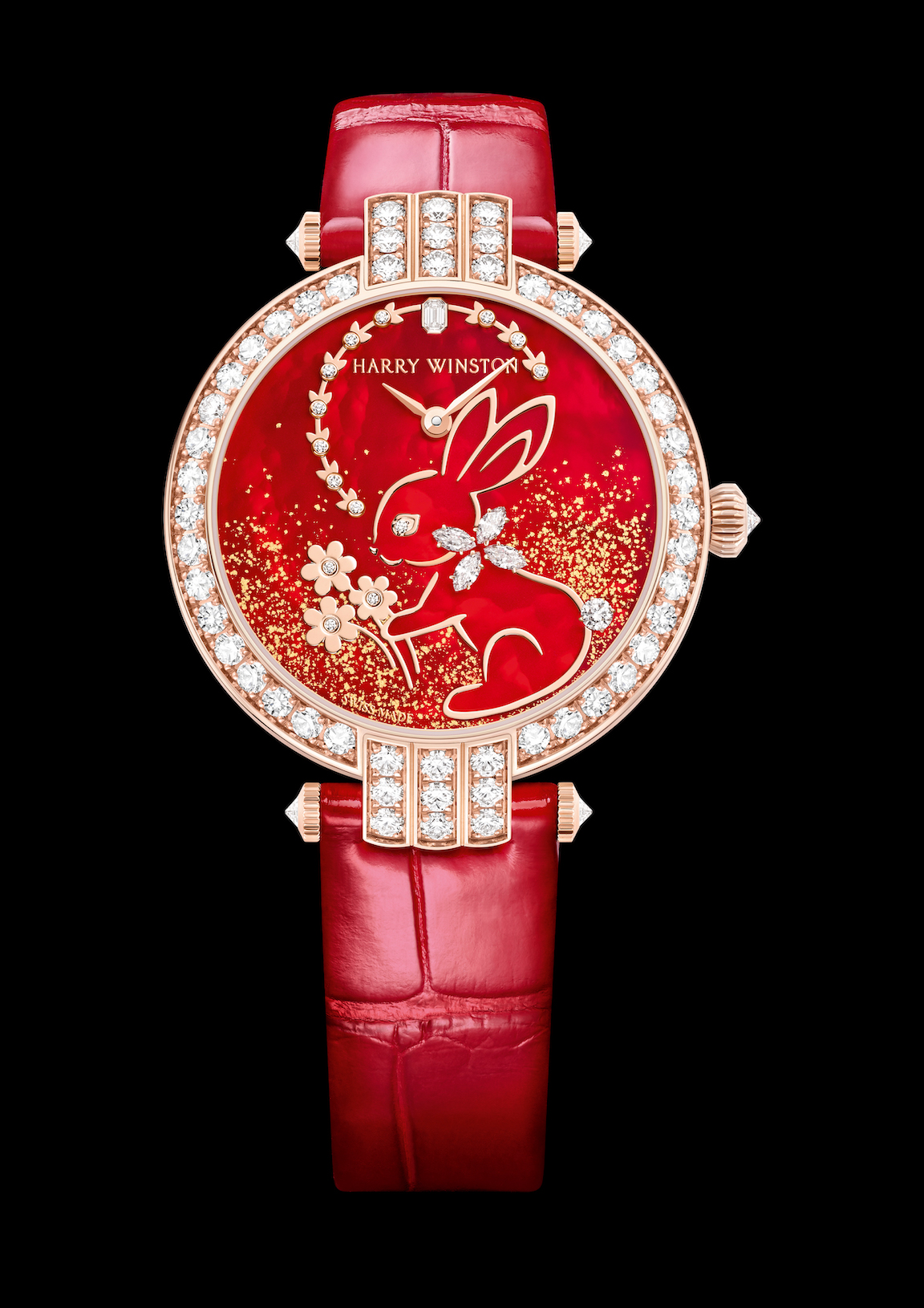 Every year, Harry Winston creates a watch to honor the Chinese zodiac sign of the year. It generally offers whimsical renditions that bring a smile to the face. This year, the zodiac sign is the rabbit, which symbolizes generosity and empathy.  Harry Winston’s newly released Premier Chinese New Year Automatic 36mm watch, created in a limited edition of just eight pieces,  recalls the legend of the Jade Rabbit.

According to Chinese lore, the markings seen on the moon reflect the silhouette of a rabbit and the story of the rabbit on the moon dates back centuries when, it is said, three sages asked for food from a fox, a monkey and a rabbit. While the others found food, the rabbit could only offer grass, and so, instead, offered himself. The sages, taken by the rabbit’s selflessness, rescued it and sent it to the Moon Palace, where it took its spot as the Jade Rabbit living on the moon forever. 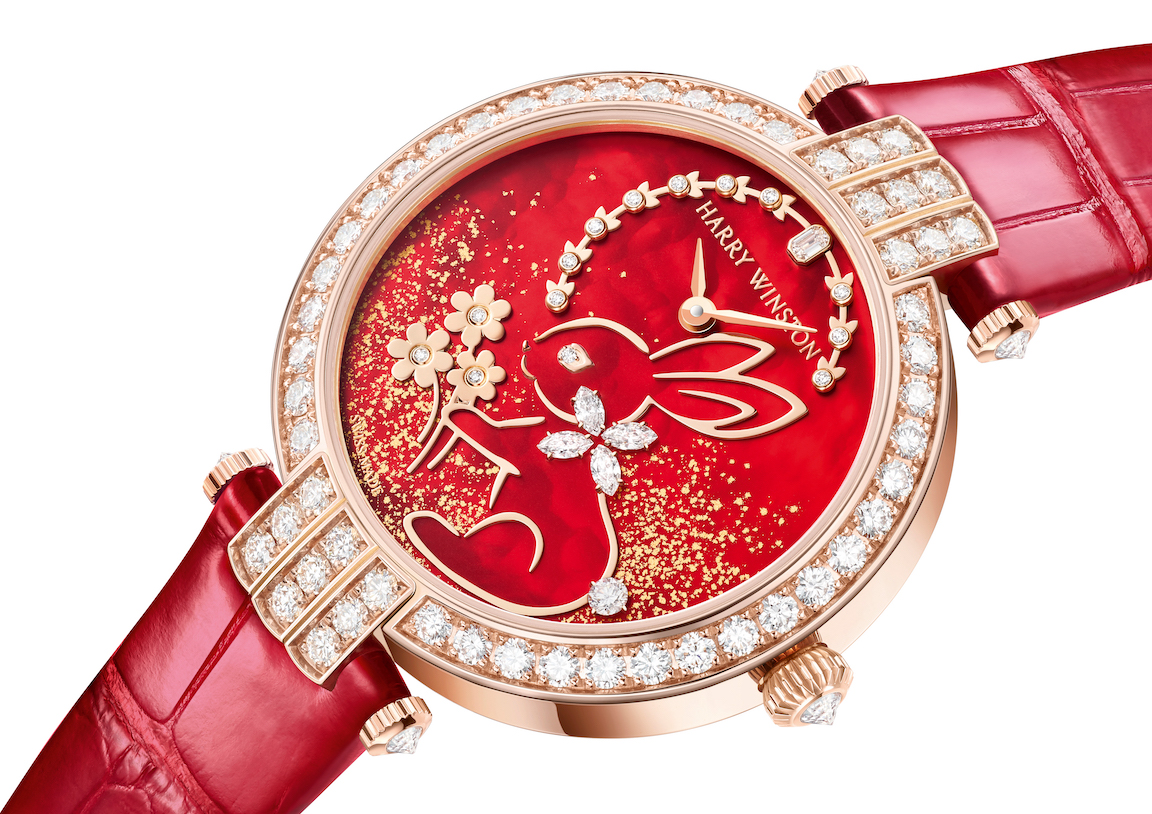 Crafted in 18-karat rose gold and set with 57 brilliant-cut diamonds on the bezel, the watch dial is designed to recall the Jade Rabbit. The artisans at Harry Winston elected to depict the rabbit collecting wildflowers. Made of gold with a diamond center.  The dial is made of beaded mother of pearl in bright red – an important color in Chinese traditions. On it, the outline of a rabbit is created using gold with diamonds forming the rabbit’s tail, eye and a bow around its neck.  Gold dust made of 22-karat gold powder is sprinkled by hand onto the dial around the rabbit.

Above the rabbit and almost encircling it is the outline of a crescent moon in gold  with stylized rabbit ear motif and brilliant-cut diamonds. The hands for the time indication are offset in this area of the dial. A large emerald-cut diamond – a tribute to Harry Winston’s favorite cut – resides at 12:00 on the dial. 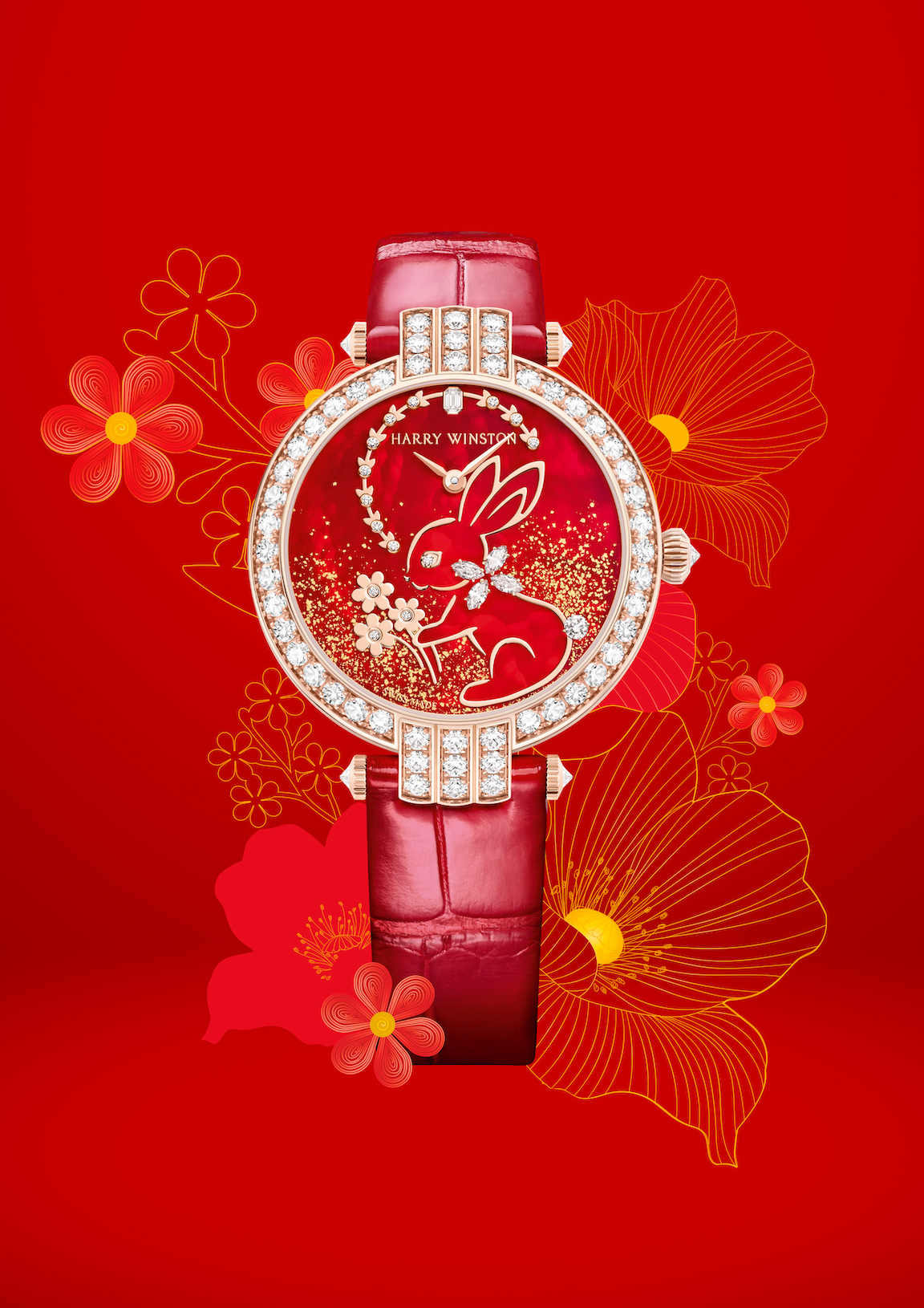 The watch is crafted in 18-karat gold and features a mother of pearl dial and a host of diamonds, including one for the rabbit’s tail.

Turn the watch over and a sapphire crystal case back allows for viewing of the Swiss-made mechanical movement with 205 parts and automatic winding. It is equipped with a high-tech silicon balance wheel and offers 68 hours of power reserve. The watch is engraved with the number of the limited edition on the case back ,as well. It is finished with a high-gloss red  Mississippienis alligator strap.

In total 89 brilliant-cut diamonds, 4 marquise diamonds and one emerald-cut diamond adorn the watch, for approximately 2.66 carats total weight. Just eight pieces will be made. 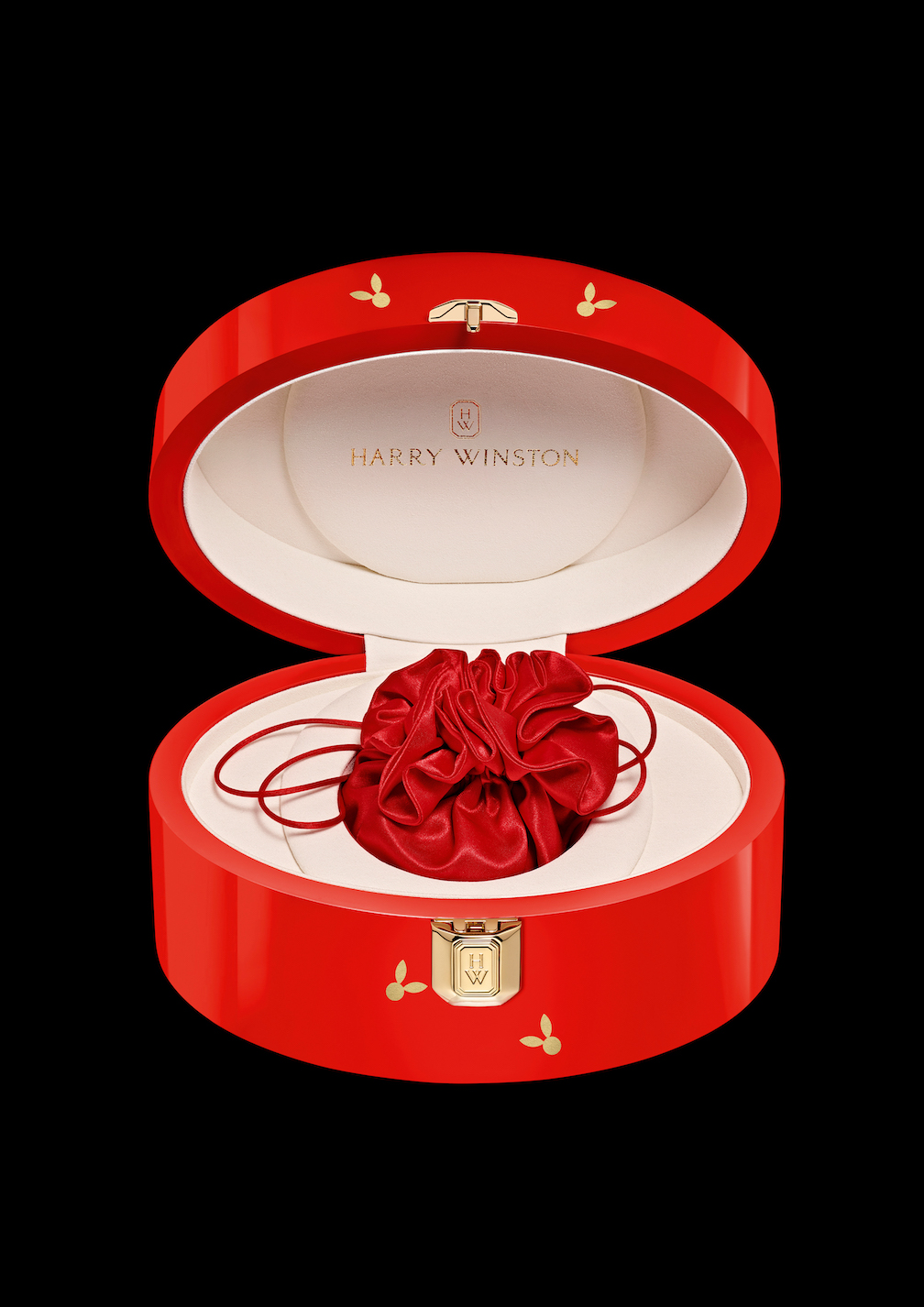 Introducing The Vacheron Constantin Year Of The Rabbit Watch
January 13, 2023

Introducing the Piaget Year Of The Rabbit Watch
January 13, 2023