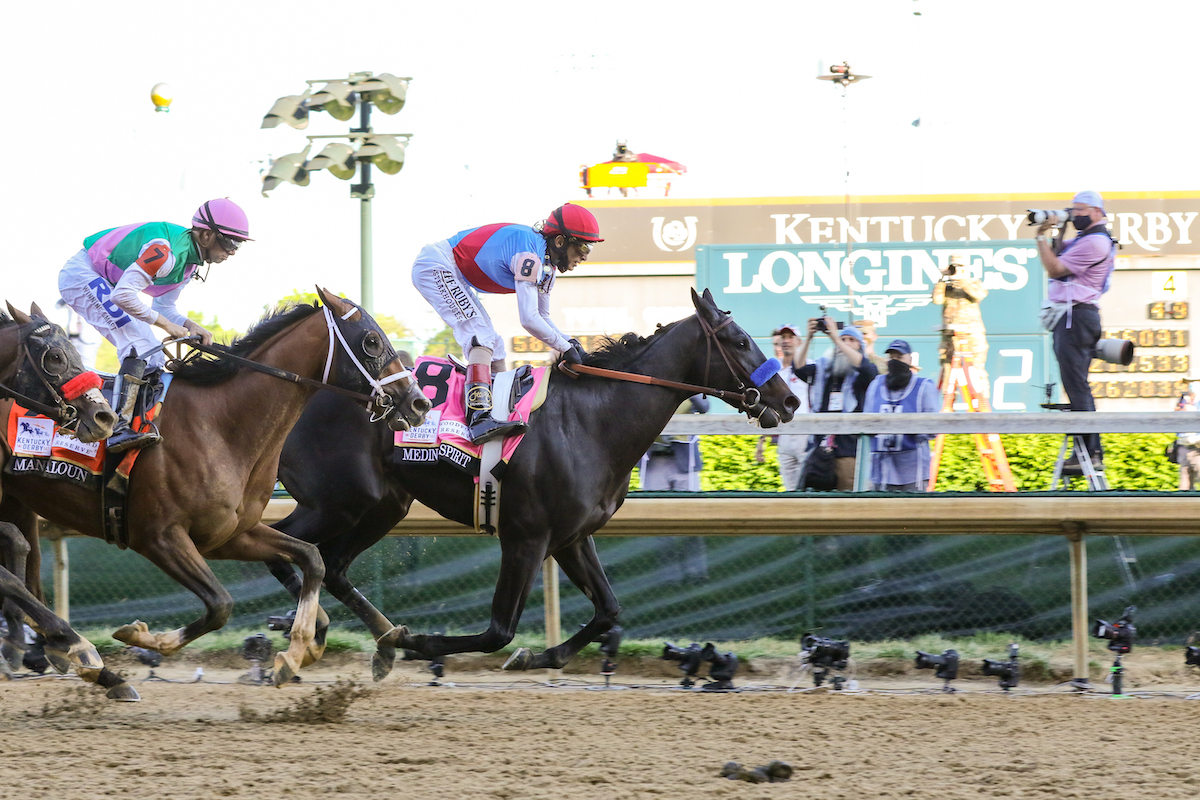 This past weekend, the 147th Kentucky Derby, also known as the most exciting two minutes in sports, provided a host of excitement both in person at Churchill Downs in Louisville, Kentucky (where more than 50,000 people attended), and on television. The longest-running sporting event in the United States dates back to 1875, and is one of the most well-known horse races around the world. Longines is the Official timekeeper of the Kentucky Derby, which was won this year by a three-year old horse, Medina Spirit. 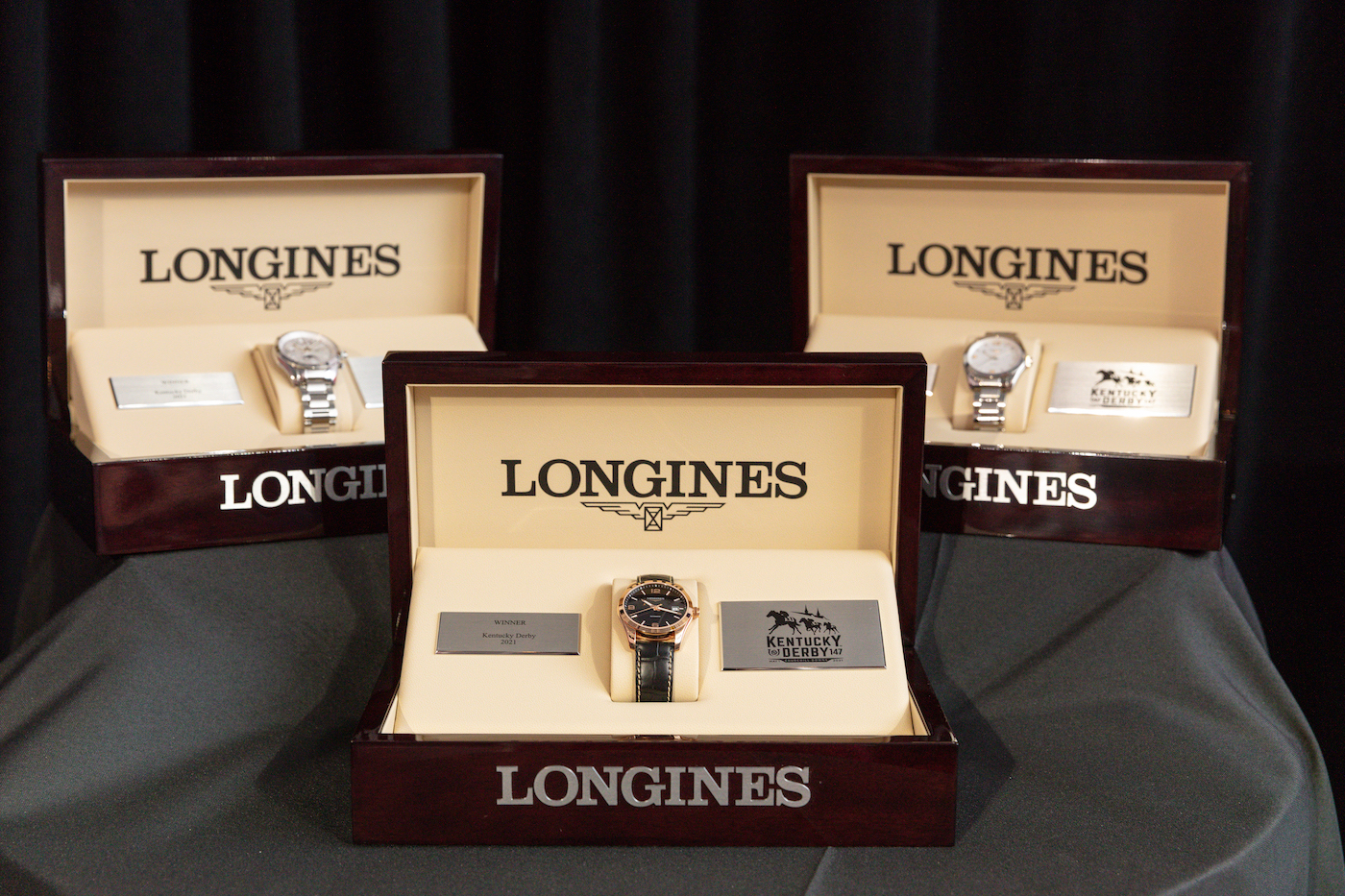 Longines watches were gifted to the jockey, trainer and owner of Medina Spirit, who won the Kentucky Derby 2021. Photo: Andrew Kung group.

Spirit’s trainer was Bob Baffert, who has a record-setting seven Derby wins thanks to this year’s race. The jockey, John R. Velazquez, has won the Derby four times, now, as well. While the race was won by a head or so, Spirit started in the lead and never really lost ground during the race. Manaloun came in second and Hot Rod Charlie came in third. Interestingly enough, Spirit was not a top favorite for the Run for the Roses, which is the first race of the Triple Crown races. 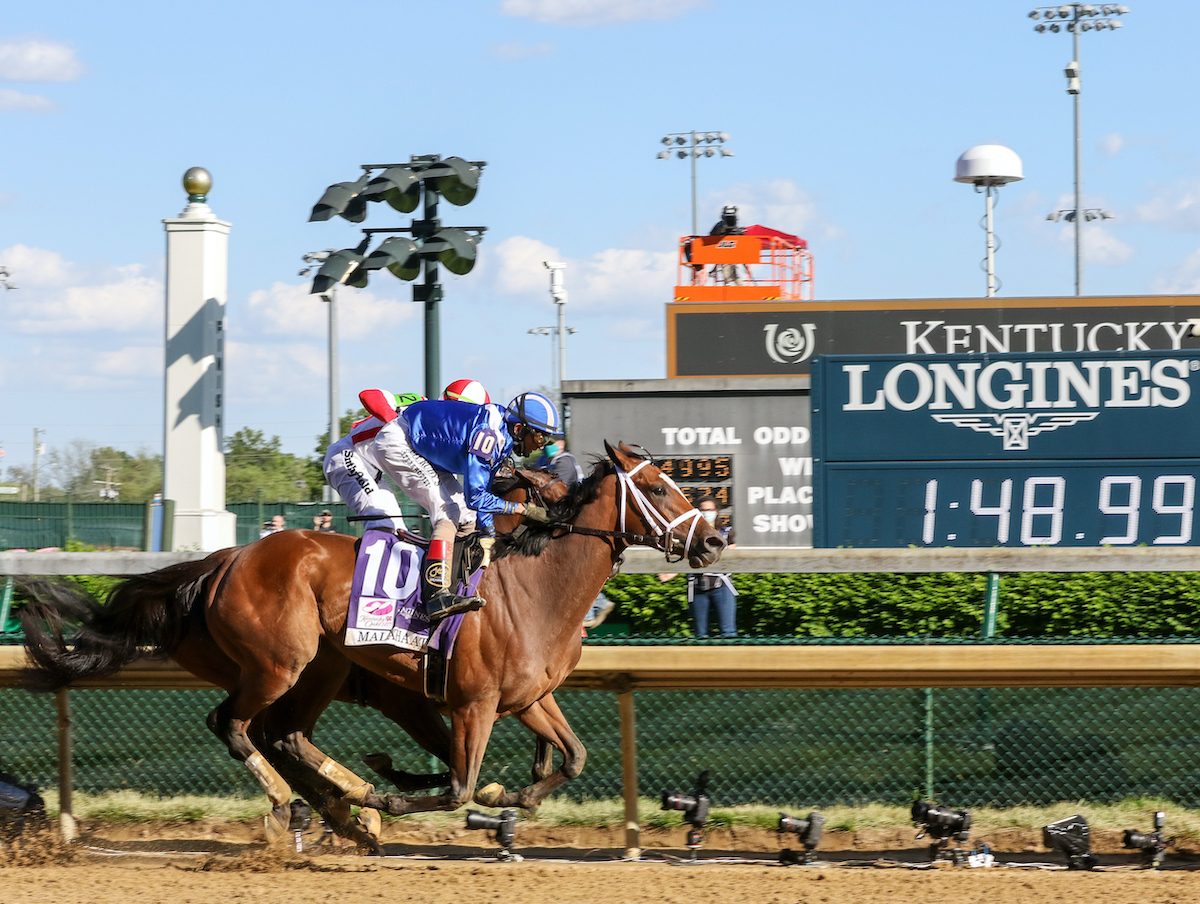 Longines has been timing the Kentucky Derby for years and at the close of this year’s race (as is customary), the brand presented Spirit’s owner, trainer and jockey with Longines watches. Longines also served as Title Partner, Official Timekeeper and Official Watch of the Longines Kentucky Oaks, with an exciting win from Malathaat and John R. Velazquez.