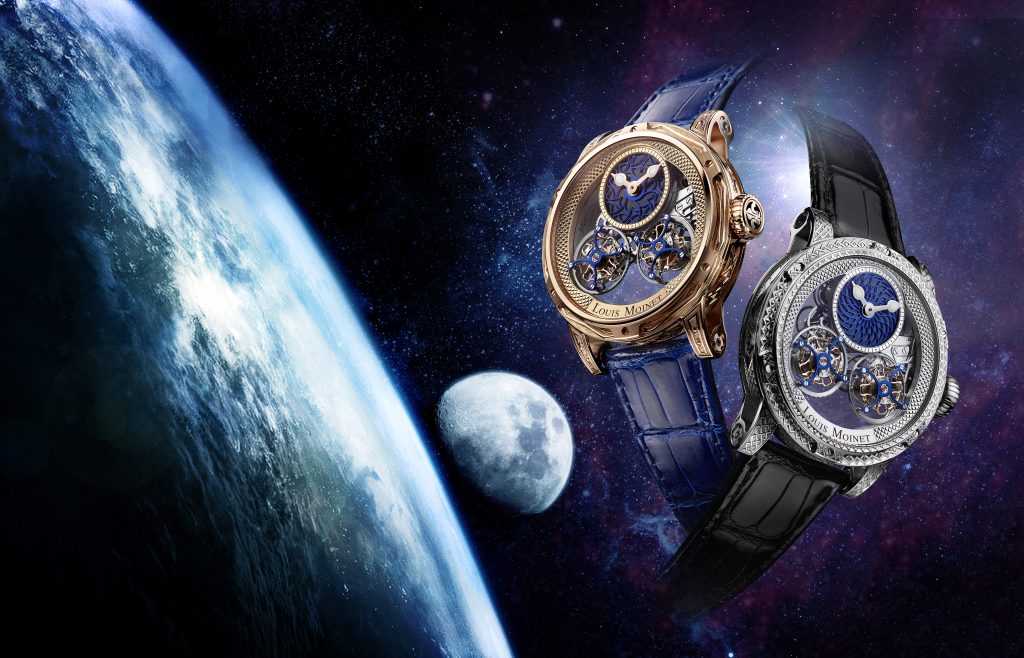 Einstein’s theory of relativity states that space and time are connected. As far as horology is concerned, the incorporation of extraterrestrial materials into the manufacturing of time pieces is a match made in heaven. Louis Moinet has tapped into that natural synergy and created the Acasta and Dhofar watches. The manufacture is touting the two pieces as an opportunity to wear 4 billion years on your wrist, and after learning more about the creations, it is easy to understand why.

The Dhofar is named for a piece of moon rock that came from Dhofar 457 which is the southernmost region of Sultanate of Oman on the border with Yemen. Moon rock is one of the rarest substances on earth with only approximately 100 lunar meteorites ever being found. The piece was ejected from the moon after a stellar collision some 3000 years ago. The fragment traveled 380,000 kilometers from celestial body to celestial body. The piece landed in the Dhofar desert and was found by meteorite hunter Luc Labenne. Now Louis Moinet has made the fragment in the dial of the watch. 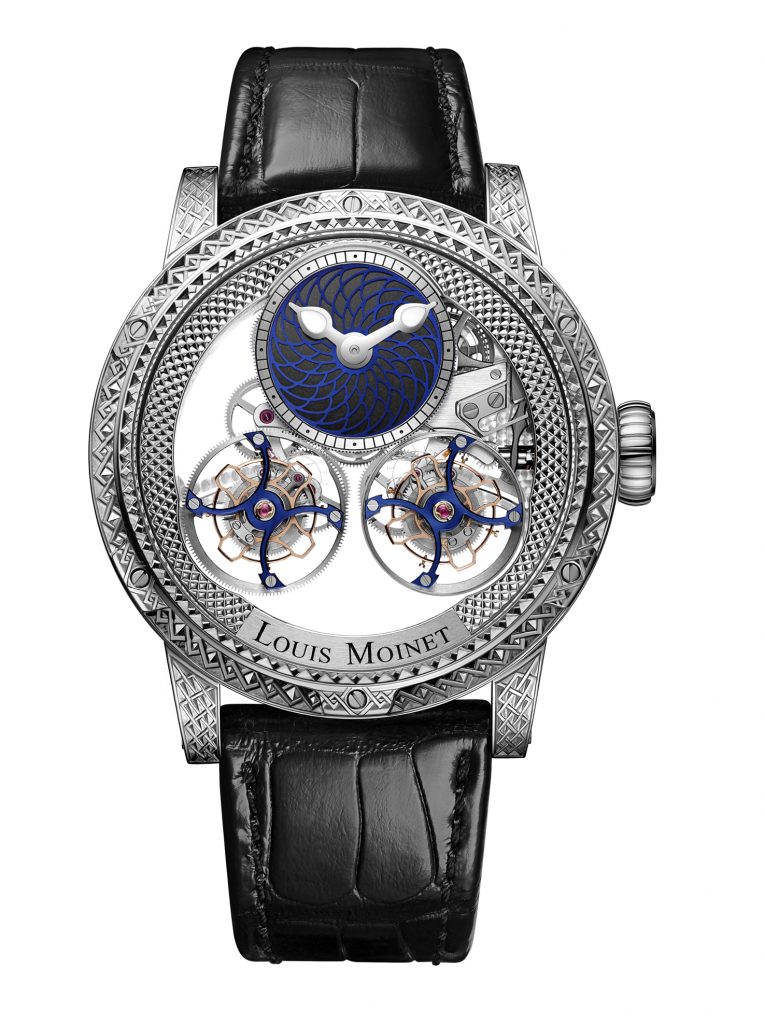 The Acasta watch holds a fragment of Acasta Gneiss, a rock from earth’s early crust dating back 4 billion years. Preserved intact, the Acasta stone is now a part of the dial of this new timepiece. 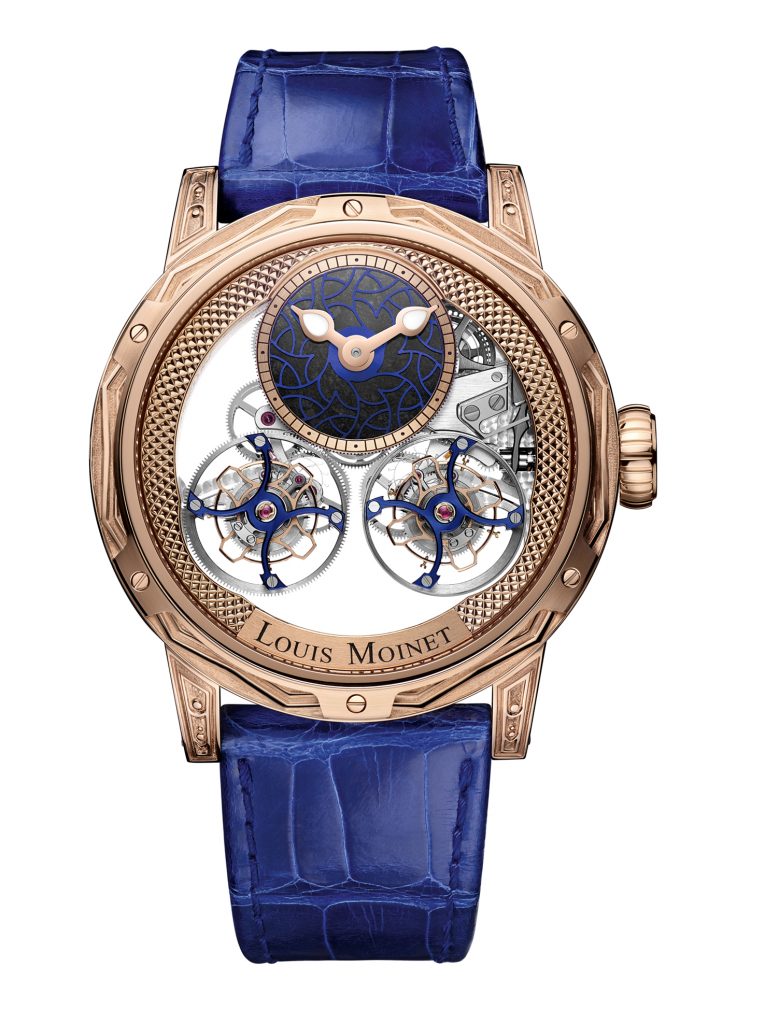 Both the Acasta and Dhofar watches share the same Louis Moinet in-house movement which features two suspended tourbillon cages weighing in at a mere 0.4 grams each. Crafted from blue tinted titanium and featuring open worked arabesque patterns, they are able to generate enough energy to rotate the discs. Additionally, Louis Moinet is the first manufacturer to feature two tourbillons that rotate in opposite directions. The diameter of each cage is 14.9 mm, which places them as the largest double tourbillons in the world. Each is raised 1.75 millimetres above the dial for exceptional viewing. Both pieces feature open work side bridges crafted from blocks of solid gold and 5N rose gold hand engraved cases. Only a total of 6 pieces will be created, 3 in the Dhofar line and 3 in the Acasta.