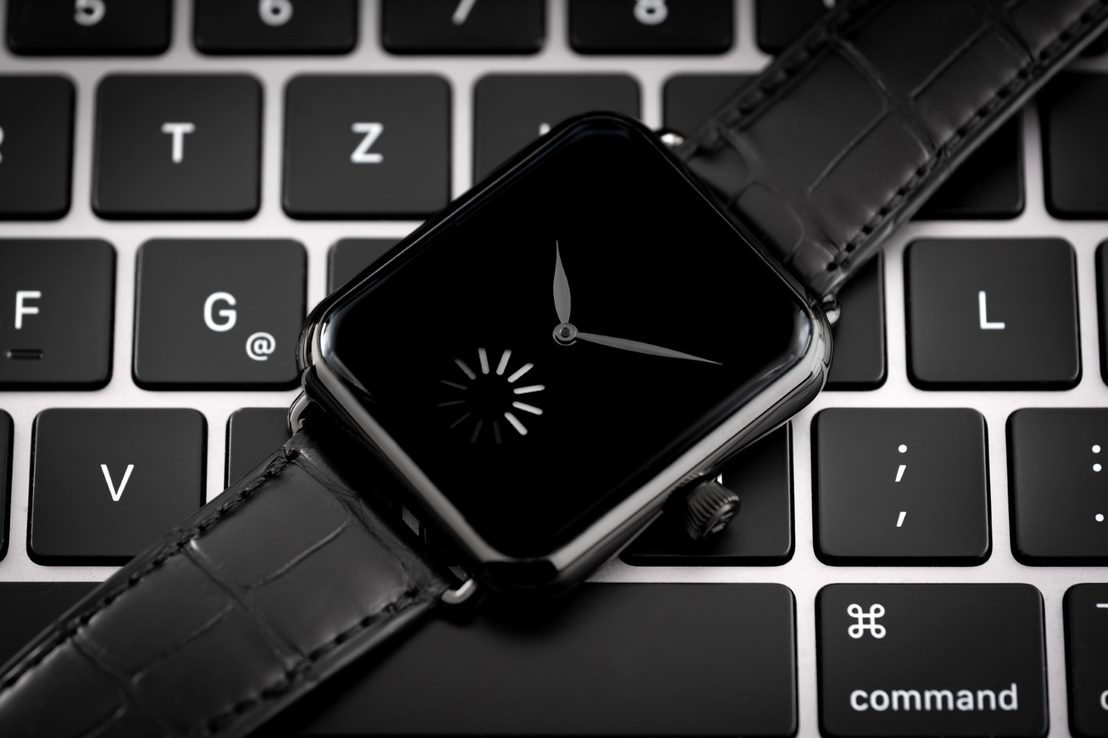 Independent Swiss watch brand H. Moser & Cie. is known for its avant-garde approach to design, its incredibly alluring gradient dials and – in the  case of its Swiss Alp watch line – its daring  creativity. Born in 2016 as a spoof on the concept of star watches, the Swiss Alp  collection is all about simply telling time and enjoying the art and mechanics of a watch. Now, just four years after introducing the Swiss Alp line, the brand is issuing its last and final Swiss Alp timepiece: Swiss Alp Final Upgrade.

The Swiss Alp watch was created as a cushion-cornered rectangular shape that was a play the distinctive Apple watch — making it  incredibly modern in appeal, especially since it was all black. Still, the Swiss Alp watches have always housed traditional handcrafted mechanical movements. The ingenious watch took the collector world by storm and people waited to see what would come next. H. Moser didn’t disappoint. Successive watches were unveiled in limited numbers, including a light tan/brown version currently still for sale. 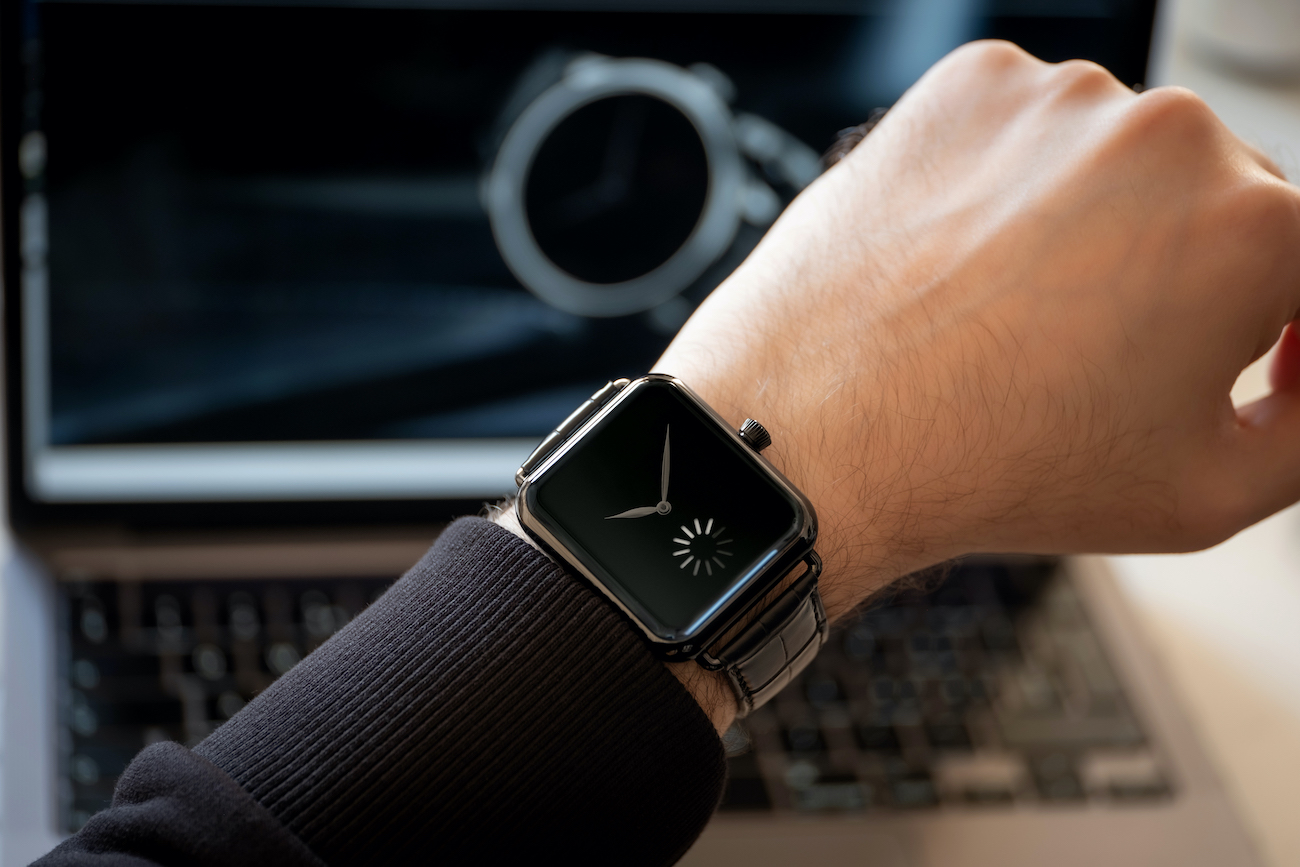 The new Swiss Alp Final Upgrade watch is a one-of-a-kind concept watch that incorporates high-tech Vantablack® technology with traditional mechanical watchmaking. Its movement is made entirely in-house in its workshops and boasts a power reserve of  100 hours. Designed to last for generations to come, the watch is a pure example of timekeeping, offering hours, minutes via blackened leaf-shaped hands and hacking seconds displayed in a subsidiary dial as a disk. That seconds disk consists of openings so that as the seconds tick by, one can visually see them moving. This is a nod to the fact that time is constantly passing.

“This idea was conceived by a customer and friend of the brand, a true enthusiast and fan of the Swiss Alp Watch collection,” says Edouard Meylan, CEO of H. Moser & Cie. “He came to visit us with an extremely precise design and we immediately wanted to create this model, perfectly in line with our philosophy, with a touch of humor and a hint of provocation.” 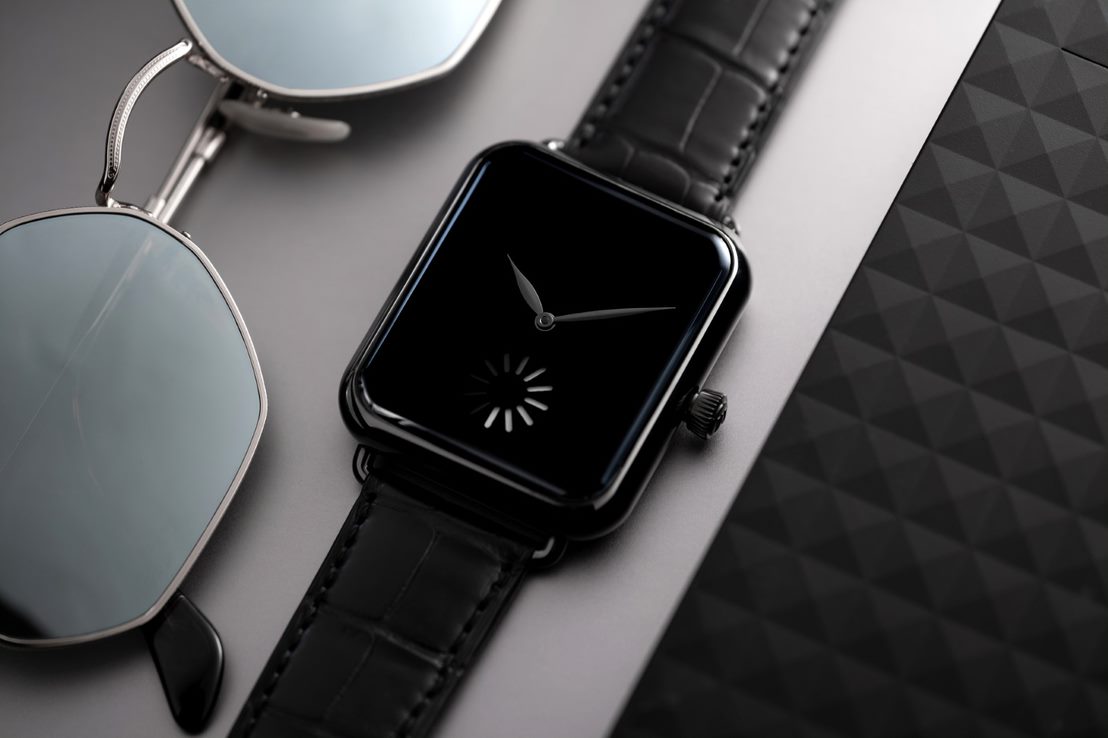 The power reserve indicator is on the side of the movement and not visible on the dial – keeping it absolutely clean and contemporary. In fact, the dial is also devoid of any markers or numerals. The case is crafted in black DLC coated stainless steel and the dial is Vantablack® — a light-absorbing material that is one of the darkest substances known to man. It was developed by Surrey NanoSystems and absorbs 99.965 percent of visible light. Its use in watch dials is relatively new with just a handful of companies utilizing it.  The case back of the watch features a sapphire crystal for viewing of the movement of this minimalist timepiece.

Once this $30,800 Swiss Alp Watch Final Upgrade concept watch is done, the brand will cease production of the  Swiss Alp line. 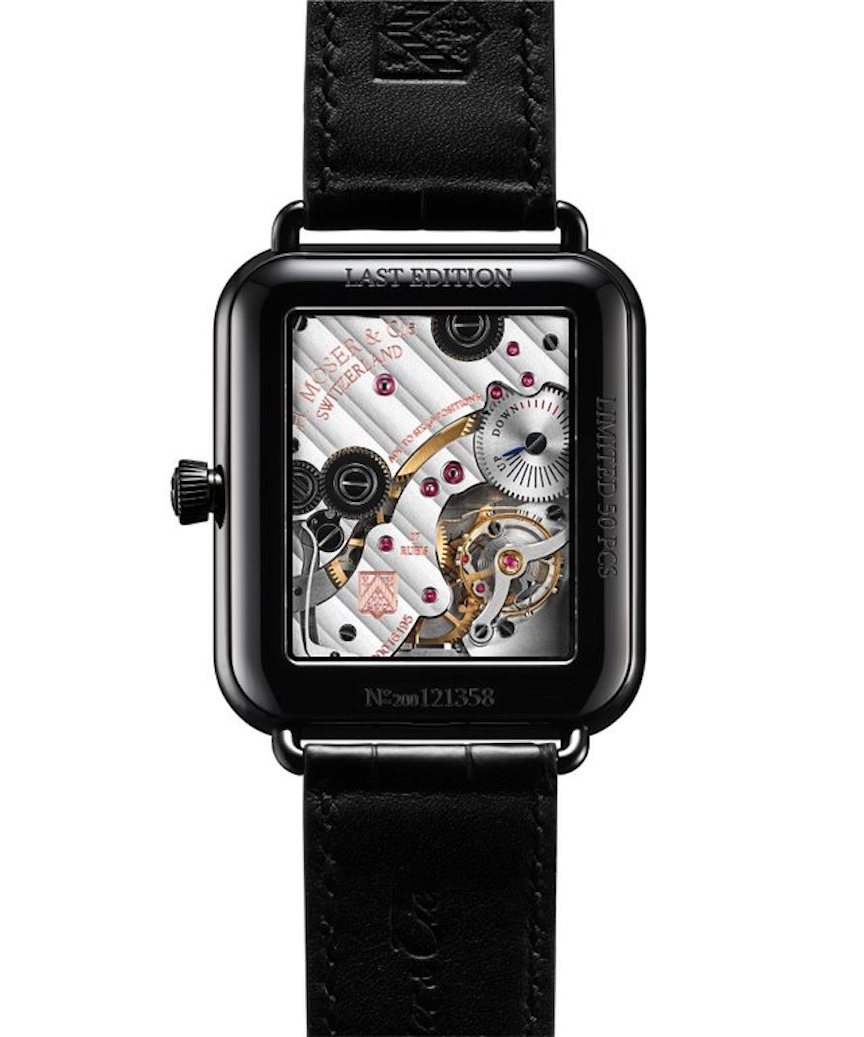