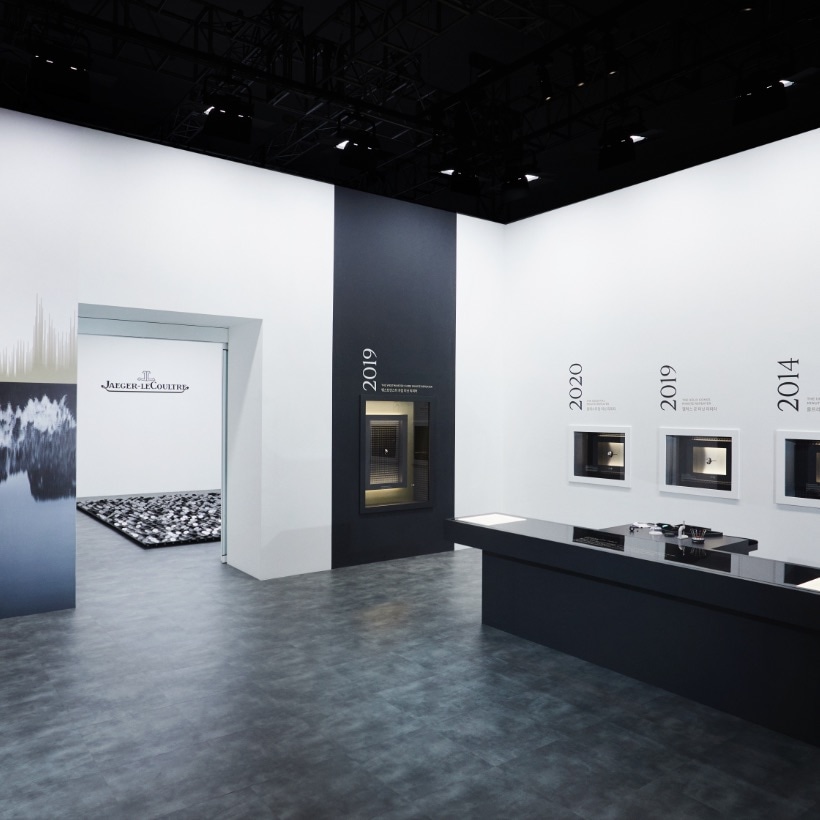 For those who are looking for something different to do in the tri-state area, look no further than the meat-packing district of New York City where an exceptional exhibit is free to the public and touts the world of haute horology. The  Jaeger-LeCoultre “The Sound Maker” exhibit occupies a corner building at 70-74 Gansevoort Street and highlights the legendary brand’s incredible watchmaking prowess when it comes to the world of chiming watches. From alarms to minute repeaters and grand sonneries with Westminster chimes, some of the finest timepieces are on display, along with complete audio descriptions thanks to QR codes that you can listen to on your ear phones.

The exhibit, free to the public, also boasts an incredible sculpture created by renowned Swiss  artist Zimoun. The  exhibit, entitled Zimoun: 1944, includes prepared dc-motors, MDF panels and Jaeger-LeCoultre watch parts that are constantly in motion. The sculpture made its debut in China, and is now in New York until October 5, 2021, when The Sound Maker exhibit will close, and the sculpture will move on to a global tour. The Sound Maker installation consists of thousands of parts, including almost 2,000 thin metal disks provided by Jaeger-LeCoultre that emulate watch mainplates. For those interested in attending the last five days of the exhibit, find more information here.

About the Sound Maker exhibit 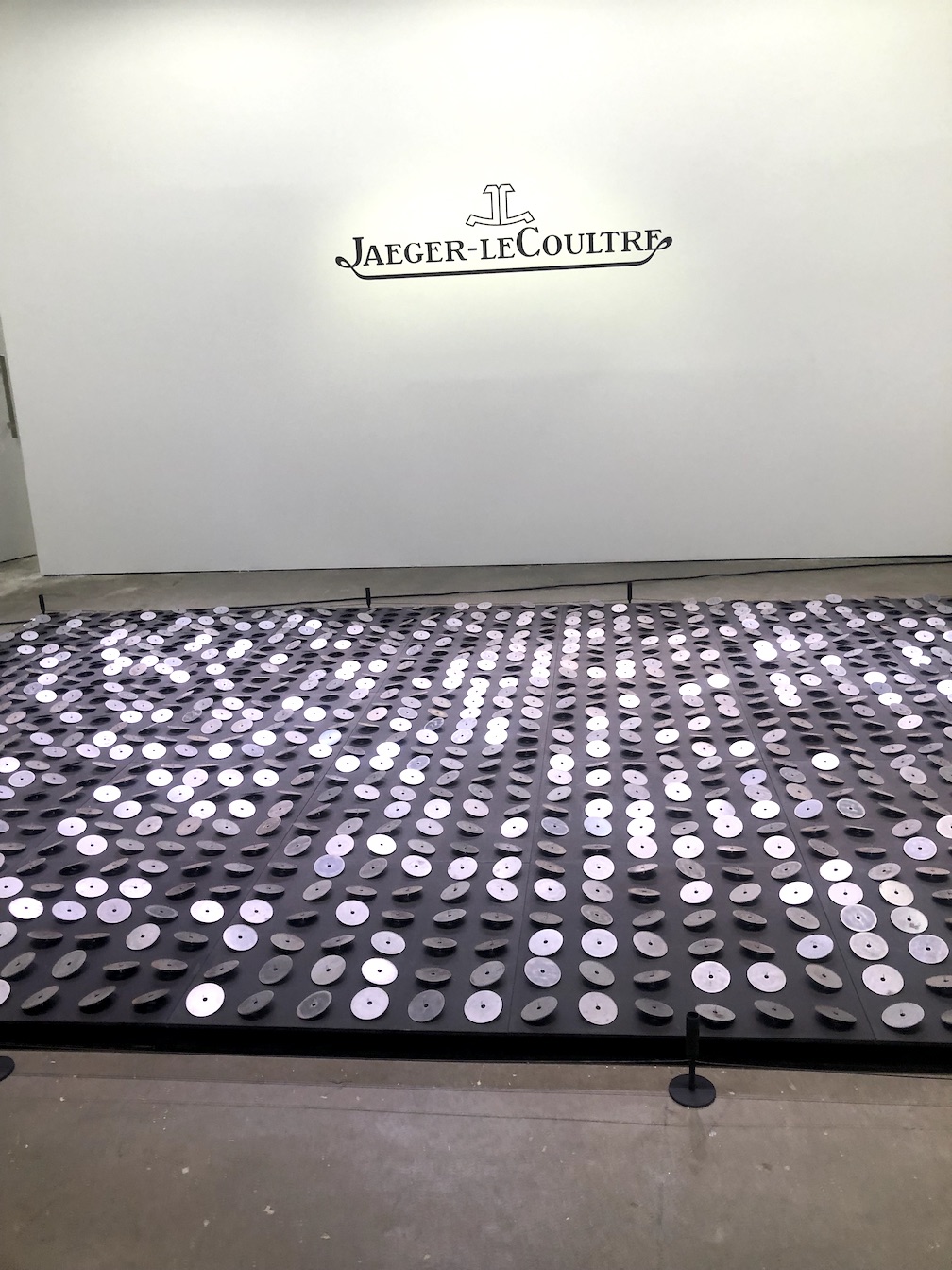 “We wanted to give an opportunity for public to discover the secret world of watchmaking outside of the Vallee de Joux. The exhibition is a huge discovery from the technical and historic standpoints, as well as  the artistic,” says Catherine Renier, CEO of Jaeger-LeCoultre, who attended the opening event. “We hope that people can learn about minute repeaters and what goes into them. Not just people who are passionate about watchmaking, but also those who don’t know and want to know what it is about.”

Visitors to the exhibit will also be treated to some incredible Jaeger-LeCoultre history with sound watches via films and interactive displays, as well as explore a room dedicated to the Memovox alarm watch. They also can witness a live watchmaker demonstrating the art of watchmaking. A highlight of the exhibit: the Atelier de Antoine watchmaking room where guests can register to take a course on how to fine tune a minute repeater timepiece. 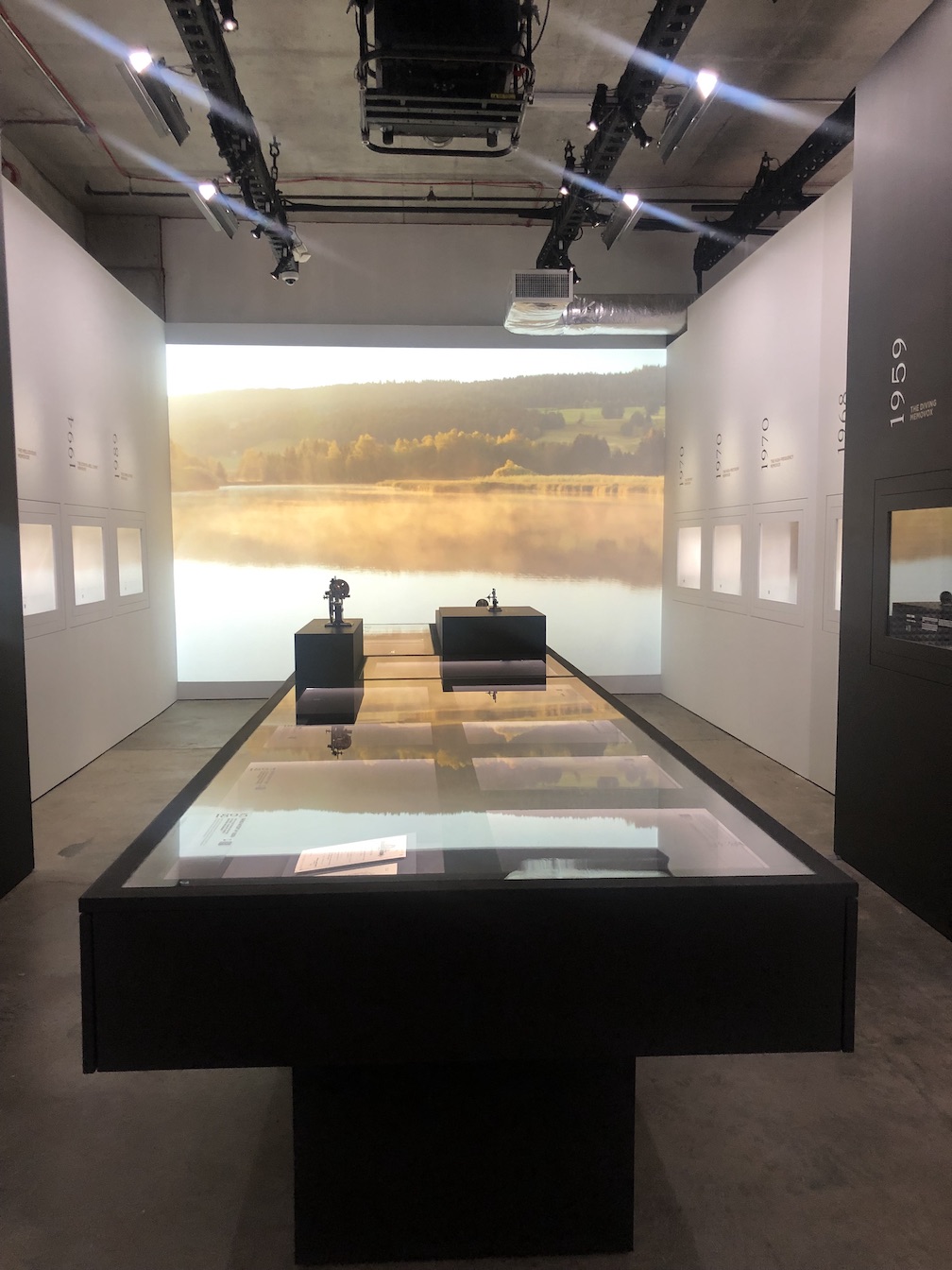 “The class we are offering is not really about Jaeger-LeCoultre. It is about the technical expertise involved in watchmaking and about sound. We make sound using metal and The Sound Maker installation by Zimoun is a work of metal and creative technique, so it is a perfect tie in of art, history, technique,” says Renier.

Chiming watches such as repeaters and sonneries are considered one of the most challenging and most beautiful watchmaking feats. Either on demand with the push of a slide or on cue per the mechanism, these watches melodiously chime the time using multiple hammers and gongs. Some even chime the time using the Westminster tones.  There are many types of chiming watches and Jaeger-LeCoultre has mastered them all since it introduced its first “sound-making” watch 150 years ago. 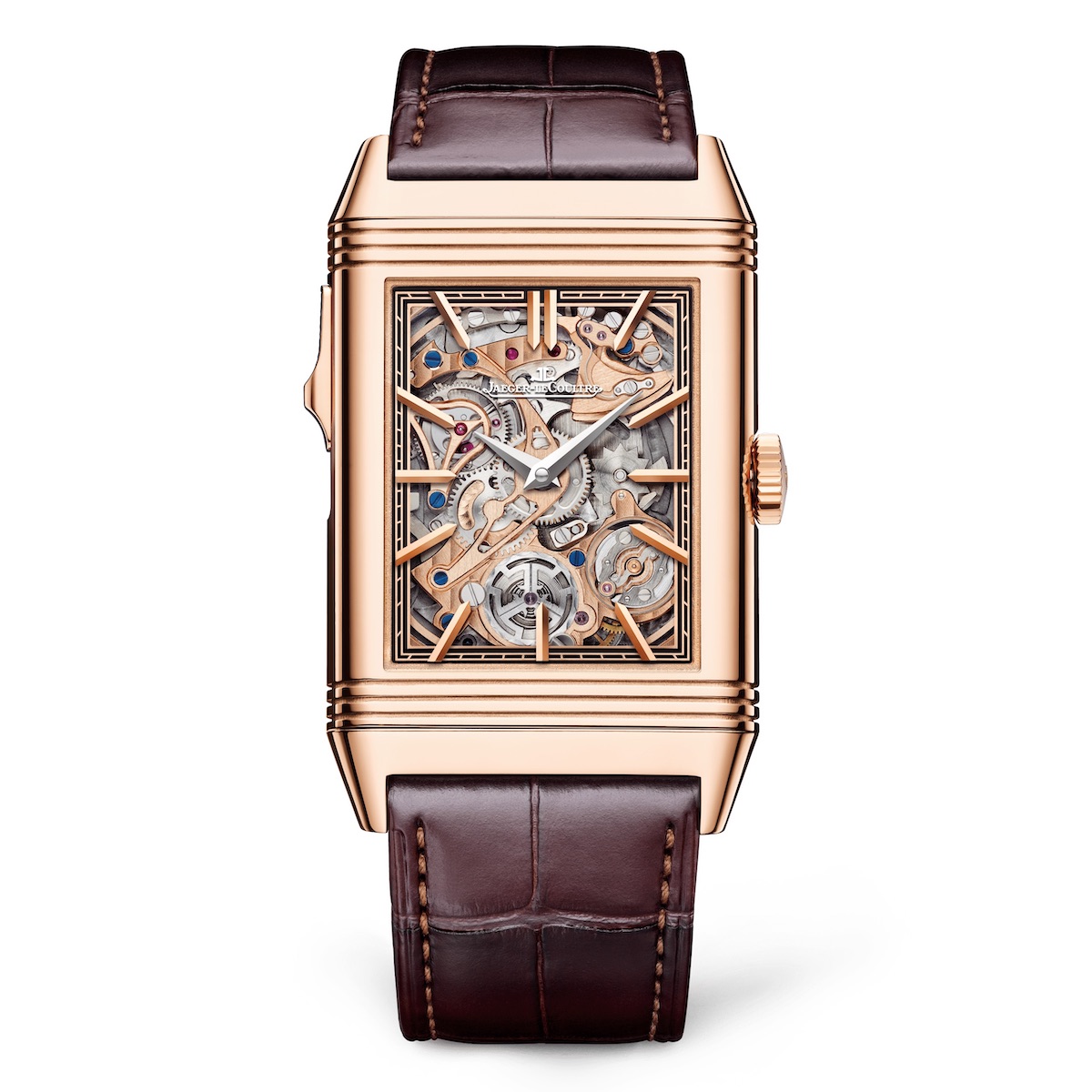 Also, to celebrate its expertise in sound, and the 90th anniversary of the legendary Reverso watch, Jaeger-LeCoultre releases an all-new Reverso Tribute Minute Repeater, which is on display at the exhibit. Retailing for 250,000 Euro (approximately $293,000 depending on the exchange rate), the watch is being built in an incredibly limited edition of just 10 pieces. The elaborate skeletonized Caliber 944 movement that powers this watch was  developed and made entirely in house in the brand’s workshops in Le Sentier, Switzerland. The movement embraces a host of technological advancements created by Jaeger-LeCoultre’s master watchmakers, including patented “trebuchet” hammers, a silent regulator and new gongs. The manually wound movement also offers 35 hours of power reserve when fully wound.

The 18-karat pink gold watch boasts two dial sides thanks to the Reverso case concept that allows the wearer to pull the case from its cradle and turn it over to reveal the other side that can then slide back into the case holder with that side showing. The front dial of the Art-Deco inspired case is magnificently skeletonized so that the wearer can witness the minute repeater hammers in action when the sound is activated. Meanwhile, the reverse dial is more subdued and geometrically inspired. It boasts fine Swiss finishings including a vertical Cotes de Genève stripes across the mainplate. Of course, as of the opening day of the exhibit, several of the 10 pieces were already spoken for. 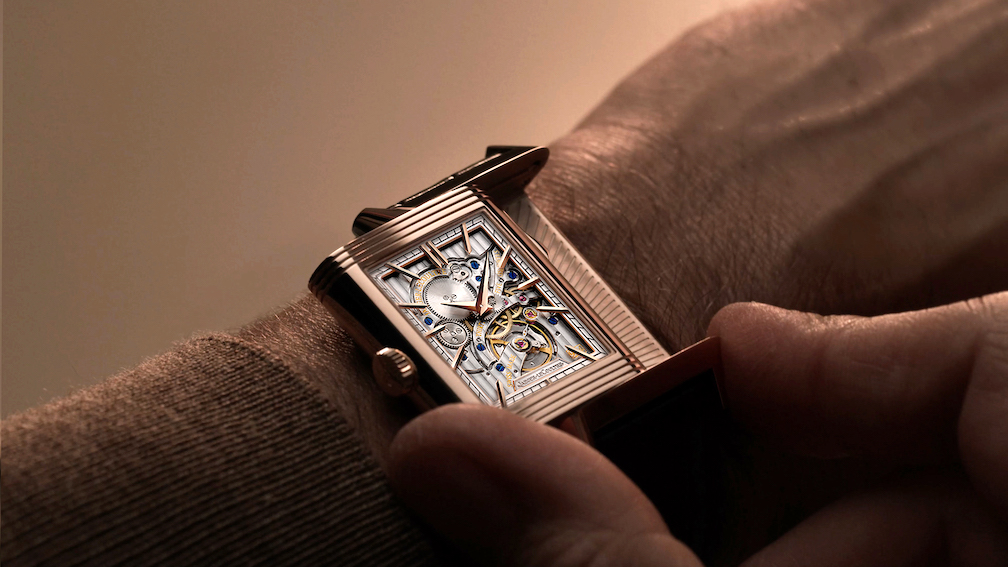 Jaeger-LeCoultre The reverse side of the Reverso Tribute Minute Repeater watch that retails for 250,000 Euro.