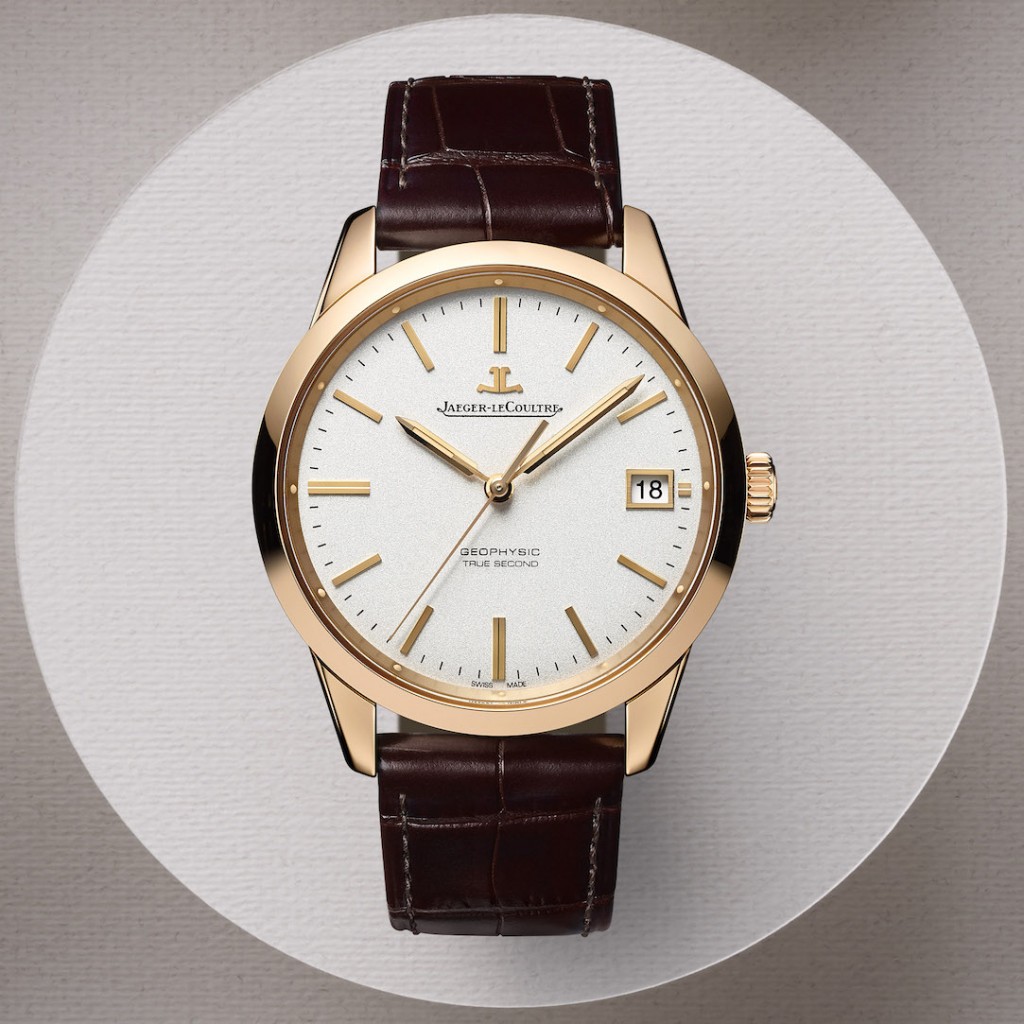 It is hard to believe that nearly three months ago, I got to see the newest watches we are talking about here in person in New York. It was a sneak preview and I was not allowed to breathe a word about it to anyone. At that point- being one of the first in the world to put my hands on the watch – I wasn’t even allowed to take pictures. But that’s ok – because I got to see, touch and feel one of the most exciting new watches to come on the market of late: The Jaeger-LeCoultre Geophysic ® True Second ® Watch.

While Jaeger-LeCoultre is unveiling two new pieces to its milestone Geophysic® collection, the Geophysic® True Second® and the Universal Time, the True Second® is my favorite. Give me a minute and I’ll tell you why. First, though, we want to remind you that the Geophysic® collection is a line we talked about here before, when the brand first revived the more-than-half-a-century-old series two years ago. You can read about the line’s history and relaunch here. The Geophysic® line brings a clean, pure, classic look at horology in a modern interpretation. 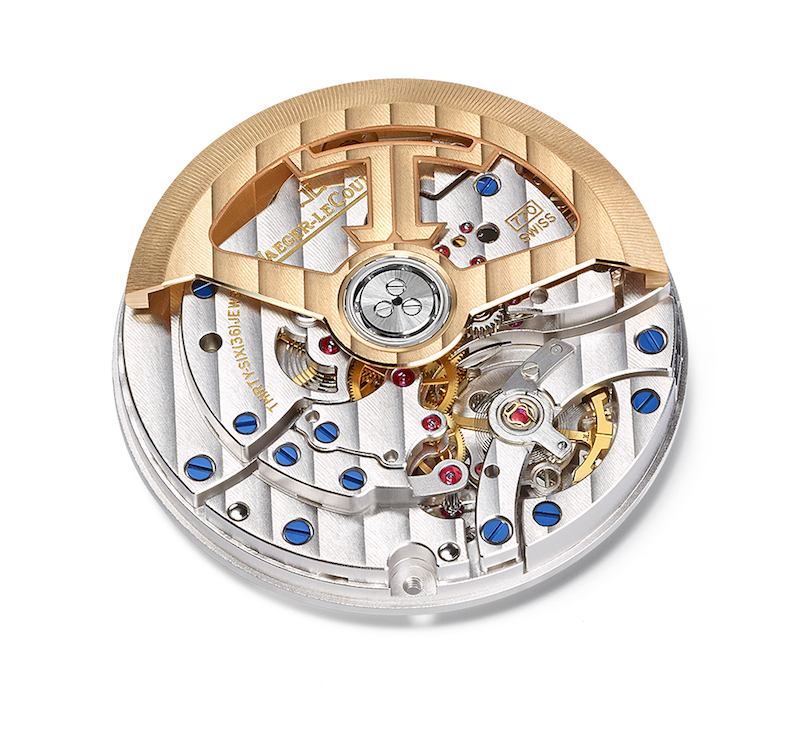 The first thing I noticed when I feasted my eyes on the 39.6mm beauty that is the True Second®, was actually not the aesthetics – though they are impressive, believe me. No, instead, I noticed the highly precise and advanced movement driving the watch: the caliber 770. This mechanical caliber offers a True Second mechanism (powered by the main spring of the watch) operated via a star wheel with five teeth that make the seconds “jump” instead of sweeping along the dial.

The system offers several advantages: for one, it is more compact, thereby making for a thinner movement and watch; there is no discontinued energy intake to disturb the functioning of the watch and so there is better chronometry and longer term reliability. 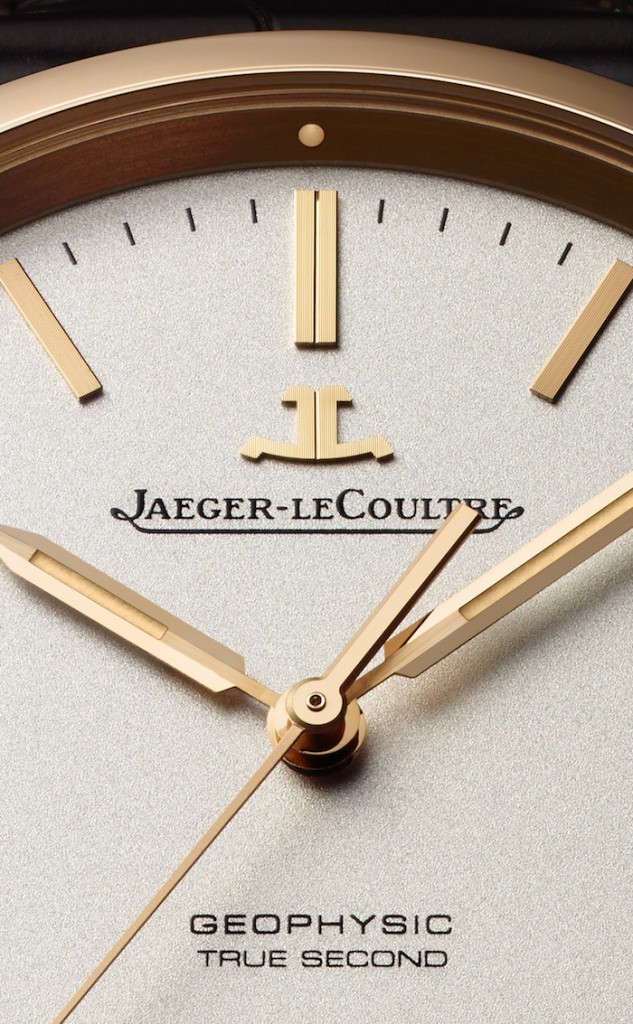 The watch movement also utilizes a system that was first developed in house and used in the ExtremeLab 1 in 2007 — known as the Gyrolab(R).   The Gyrolab® is an atypical movement layout that includes a balance wheel with a non-circular configuration to reduce air friction. It has taken eight years for the brand to transition from the initial ExtremeLab 1 version to something that could be incorporated into a series-production watch.

The new system is a real powerhouse boost for the Geophsyic® True Second® whose mechanical movement  consists of 275 parts. The new Geophysic® watches are the first to enjoy this breakthrough caliber. 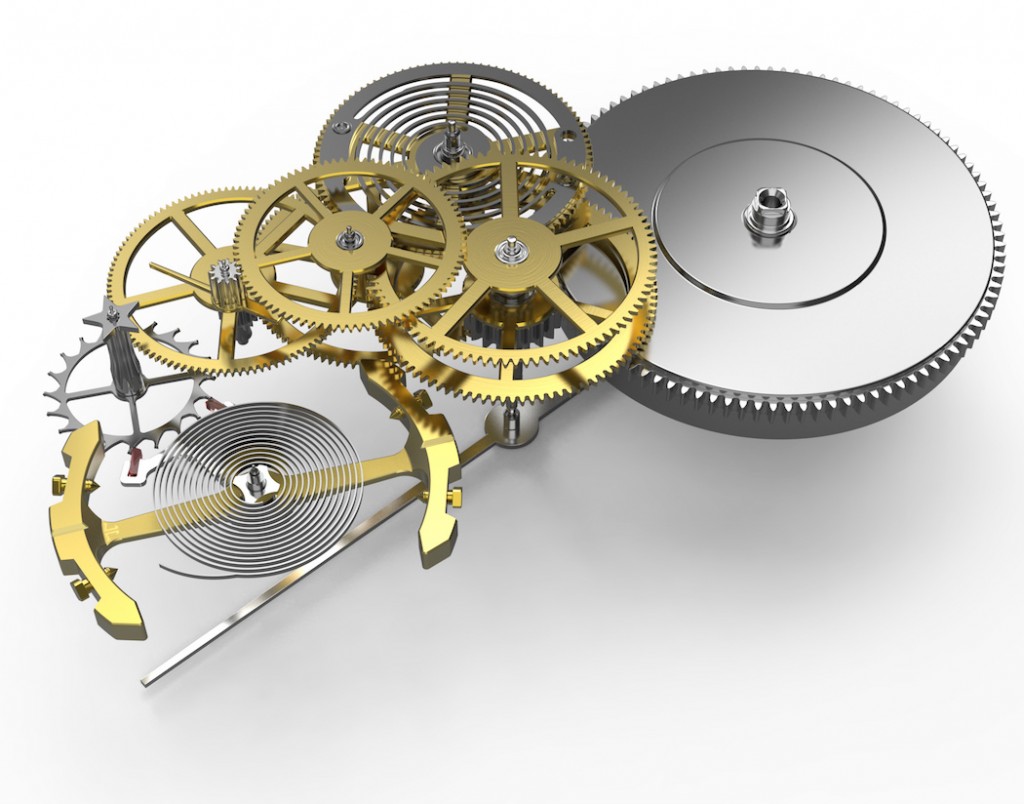 The construction of the  Gyrolab(R) was eight years

To me, the meticulously finished movement with its own interpretation of the Cotes de Genève motif, is enough to swoon about, but we can’t discount the alluring aesthetics. The watch boasts traditional hands and linear hour markers, in keeping with the “clean dial” ethos. The lugs of the watch are expressive, angled instead of curved, and the bezel slightly overlaps the lugs to offer a distinctive aesthetic. Like the original 1958 watch, the caseback of the new model is screwed in to ensure greater water resistance (5 bar). Super-LuminNova dots enable easy in-the-dark reading. The watch, which offers date in addition to True Seconds®, is offered in 18-karat pink gold or in stainless steel.

The second watch in the offering, the Geophysic(R) Universal Time watch, is also incredibly intriguing an for those who love the world map on the dial, this watch will catch your attention for sure. Powered by the calibre 772, the 275-part movement offers both True Seconds and World Time map. You can read a lot more details about this watch on our Perfect Timing column on Forbes.com. 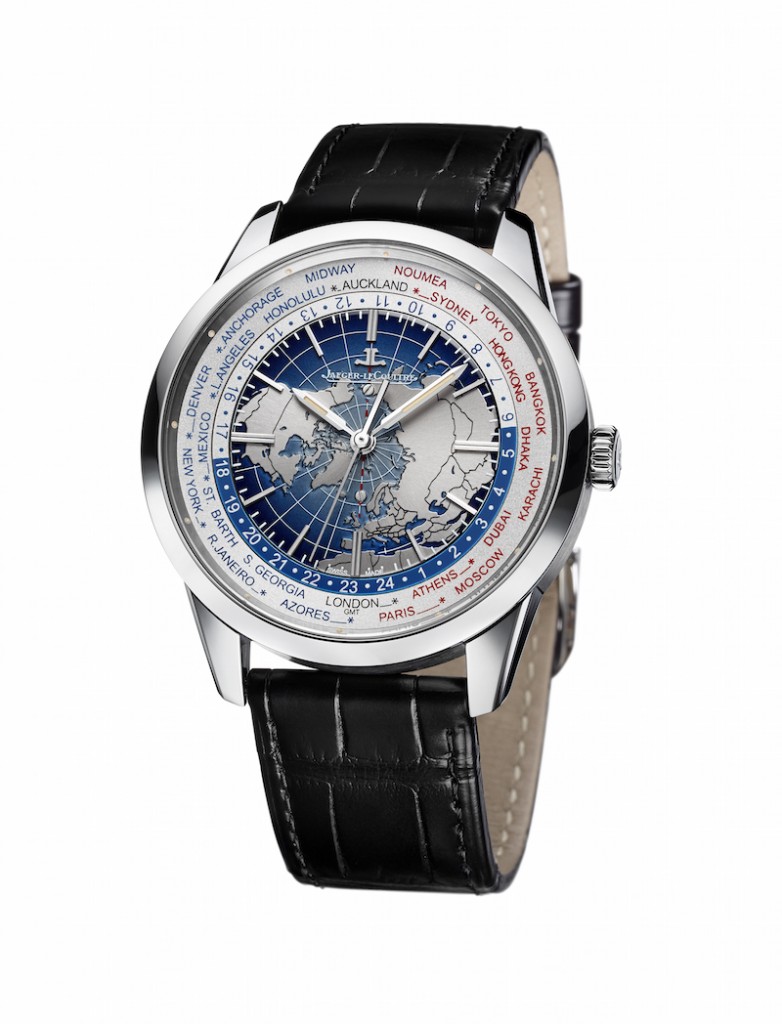 The oscillating weight on both of these watches is crafted from a solid block of gold and bears the “anchor” motif to recall the shape of the escapement lever, and the brand’s logo. Both watches have undergone Jaeger-LeCoultre’s reliability and precision tests and are certified by the rigorous “1000 Hours Control.”