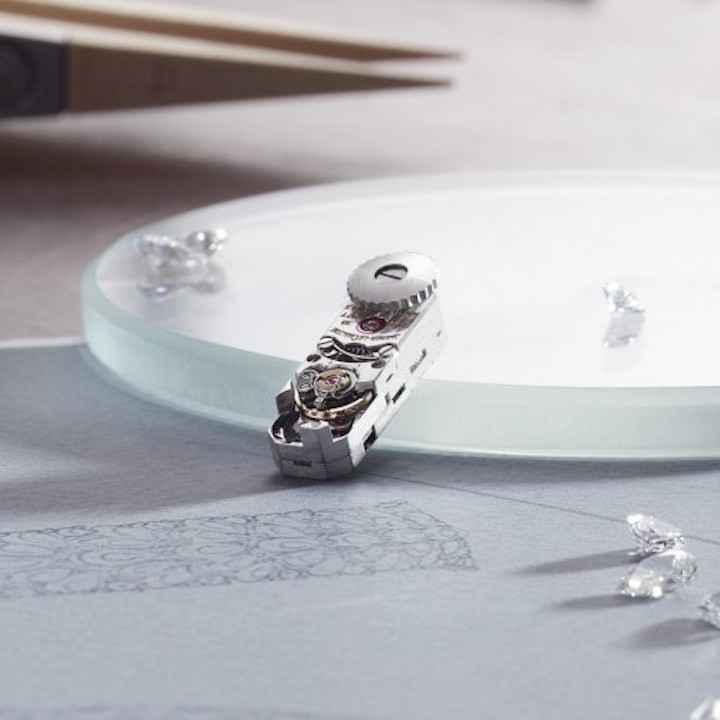 Ok men, while this story is for the women, you should pay attention, too, because it involves one of the most famous watch movements in history: the Jaeger-LeCoultre Caliber 101. Originally developed in 1929, the Caliber 101 revolutionized fine watchmaking for women because of its remarkable miniaturization. The tiny rectangular movement measured 14mm in length and less than 5mm in width. It weighed less than a gram and was the world’s smallest mechanical movement – a feat it retains to this day. Because of its petite nature, the movement fit beautifully into a tiny rectangular watch case that women fell in love with. In fact, Queen Elizabeth II wore a Caliber 101 watch for her coronation in 1953. Now, Jaeger-LeCoultre honors this mighty mechanical wonder with two new haute-Joaillerie watches. 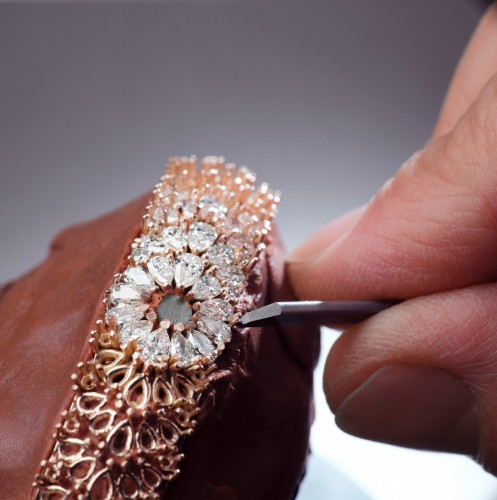 Preparing the metal for diamond setting is tedious and time-consuming skill.

The two new Jaeger-LeCoultre Caliber 101 watches deftly blend the brand’s technical prowess with its mastery of the art of gem-setting. Each is more spectacular than the next with the design, flow and incredible settings. The watches were born of the desire to create unique and exceptional pieces, and so they were designed first as a feminine bracelet and then the case/dial was integrated into the design – quite a different approach than typical watchmaking.

Turning to the beloved noble pink gold for the bracelets, Jaeger-LeCoultre’s master artisans then spent hundreds of hours masterfully setting thousands of diamonds – all  in the  IF to VVS quality. Diamond setting is no easy feat. The artisan must skillfully ready the gold, raising the corners, setting the diamonds  and then tucking the corners of the metal back into place to hold the diamond securely. It is meticulous and time-consuming work. 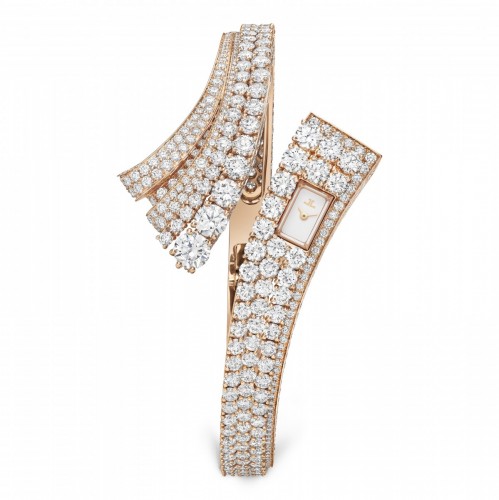 Perhaps the most magnificent of the two watches is the Bangle – the first time the brand has created a high-jeweled bangle watch. Inspired by the Art Deco ear, the dynamic watch is an interplay of geometry and architecture, of symmetry and asymmetry.  The bracelet alone is set with 996 brilliant-cut diamonds weighing 19.7 carats. The diamonds are graduated in size so that they accentuate the sweeping curves of the ultra-feminine bracelet. They are set using two different setting styles, a griffe style that minimizes the amount of metal seen on the surface, and a grain setting to maximize the play of light. Even the sides of the bracelet are set with ribbons of diamonds for dramatic appeal. 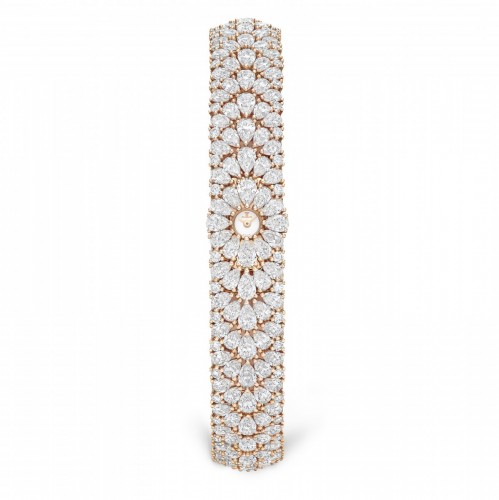 In stark contrast to the geometric elegance of the Bangle, the Snowdrop is inspired by the white bell-shaped flowers that grow through thin layers of snow in the Vallee de Joux where Jaeger-LeCoultre is headquartered. For this watch, the artisans turn to carefully cut fancy shaped diamonds, including pear-cuts that surround the dial to emulate the petals of the flower. Ensuing petal patterns repeat and repeat – forming a beautifully symmetrical floral bracelet. Here again, the diamonds are set griffe style to allow light to pass through from all angles, intensifying the sparkle of the stones. In addition to the 204 pear-shaped diamonds, another 700 brilliant-cut diamonds complete the look. The setting of these 20.9 carats of stones represents more than 130 hours of work by the brand’s master gem setters.

The History of the Jaeger-LeCoultre Caliber 101 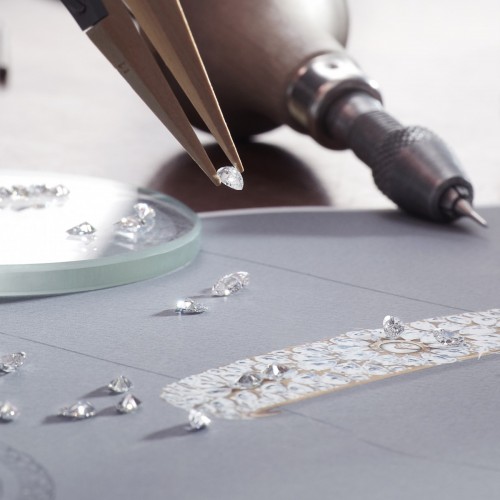 As early as 1880, Jaeger-LeCoultre had already begun miniaturizing its movements in order to accommodate smaller watches for women. By the early 1900’s, the brand had come a long way—introducing another small movement, the Caliber 6EB, that measured just over 1 cm square.

The big break, though, came in 1929 when the Caliber 101 burst onto the scene. Instead of having all of the mechanical watch components assembled on a single plate, the Caliber 101 used a stacked two-level format (which had first been developed for its Duoplan watch in 1925). With this method, the escapement is set on one plane, while the barrel and cogs are on another. The mainspring of the 78-piece movement is wound by a flat crown set into the case base.

Evolution of the Jaeger-LeCoultre Caliber 101

Over the years, the Caliber 101 has naturally been improved thanks to updated materials, micro-machining and more, but its architecture and size have remained relatively unchanged. Today, the fourth-generation Caliber 101/4 consists of 98 parts and measures 14mm x 4.8mm with a thickness of 3.4mm. It still weighs less than one gram. The balance wheel oscillates at 3Hz) and the mainspring provides 33 hours of power reserve. Because of the tiny scale of the movement, each of the miniscule components are custom-produced by just a handful of watchmakers at Jaeger-LeCoultre who have mastered the art of building the microscopic pieces into a spectacular Caliber 101. This makes the watch incredibly rare, as only a few handfuls can be produced each year. 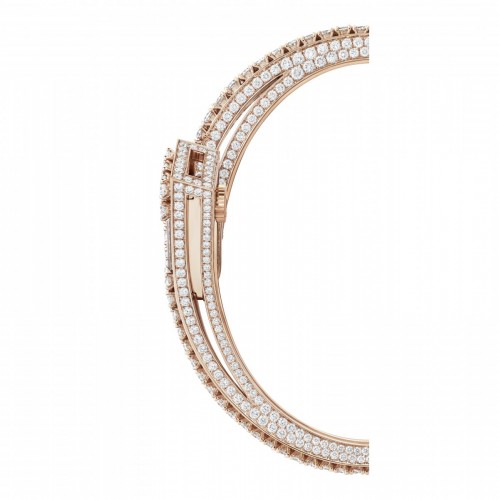 Even the sides of the architecturally inspired Caliber 101 Bangle are set with diamonds.