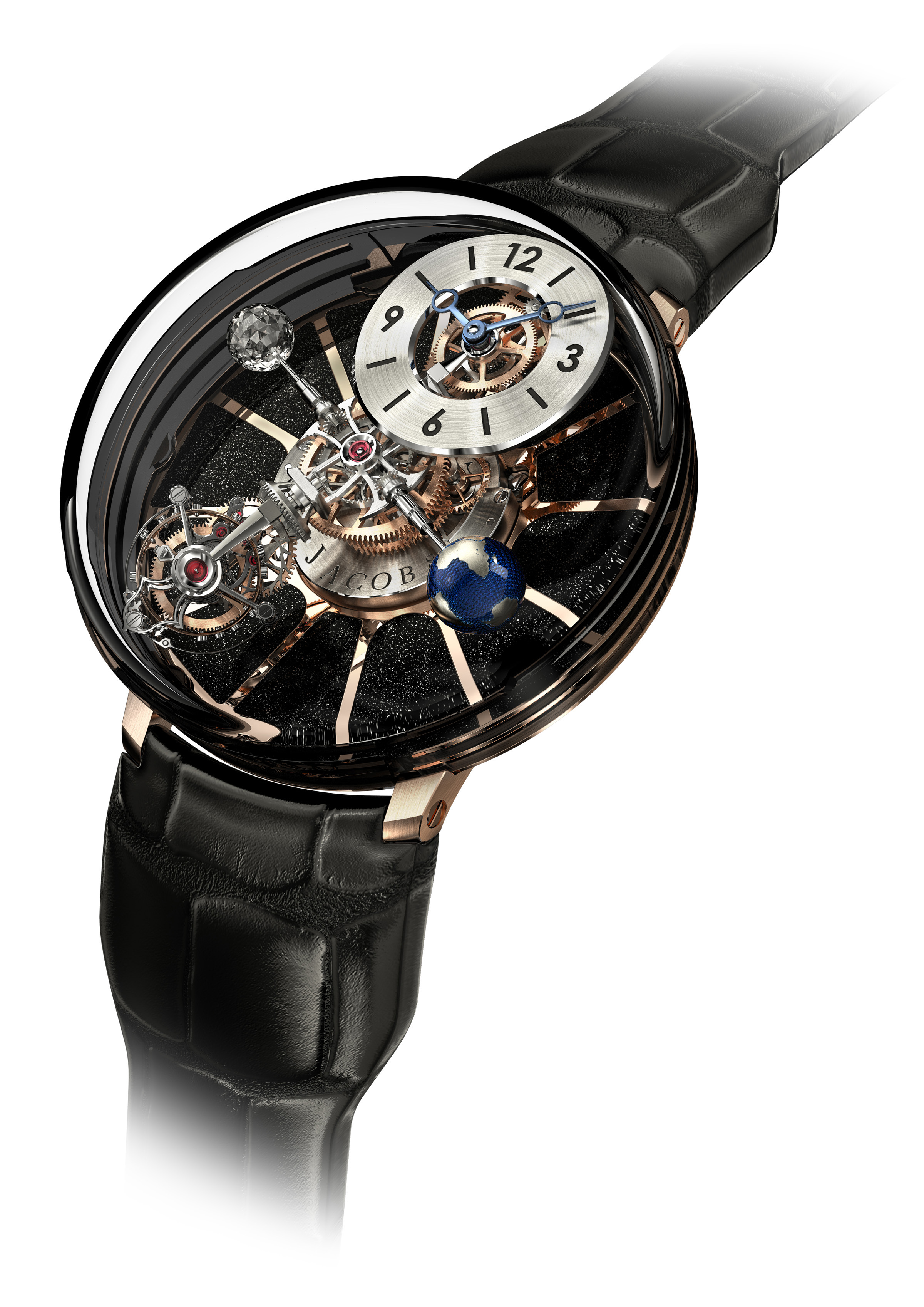 Jacob & Co Astronomia Tourbillon is a complex system of axes and indications.

Sometimes watches we see here at BaselWorld make us scratch our heads and wonder. The new Jacob & Co. Astronomia Tourbillon is one of those watches. To begin with – let’s be clear – this is not an astronomical watch. Instead, it is one extremely unusual and complex tourbillon that also features a rendition of the Earth and the Moon on the dial for a sense of astronomical delight. After all, who doesn’t gaze at the moon from time to time and drift away in thought? 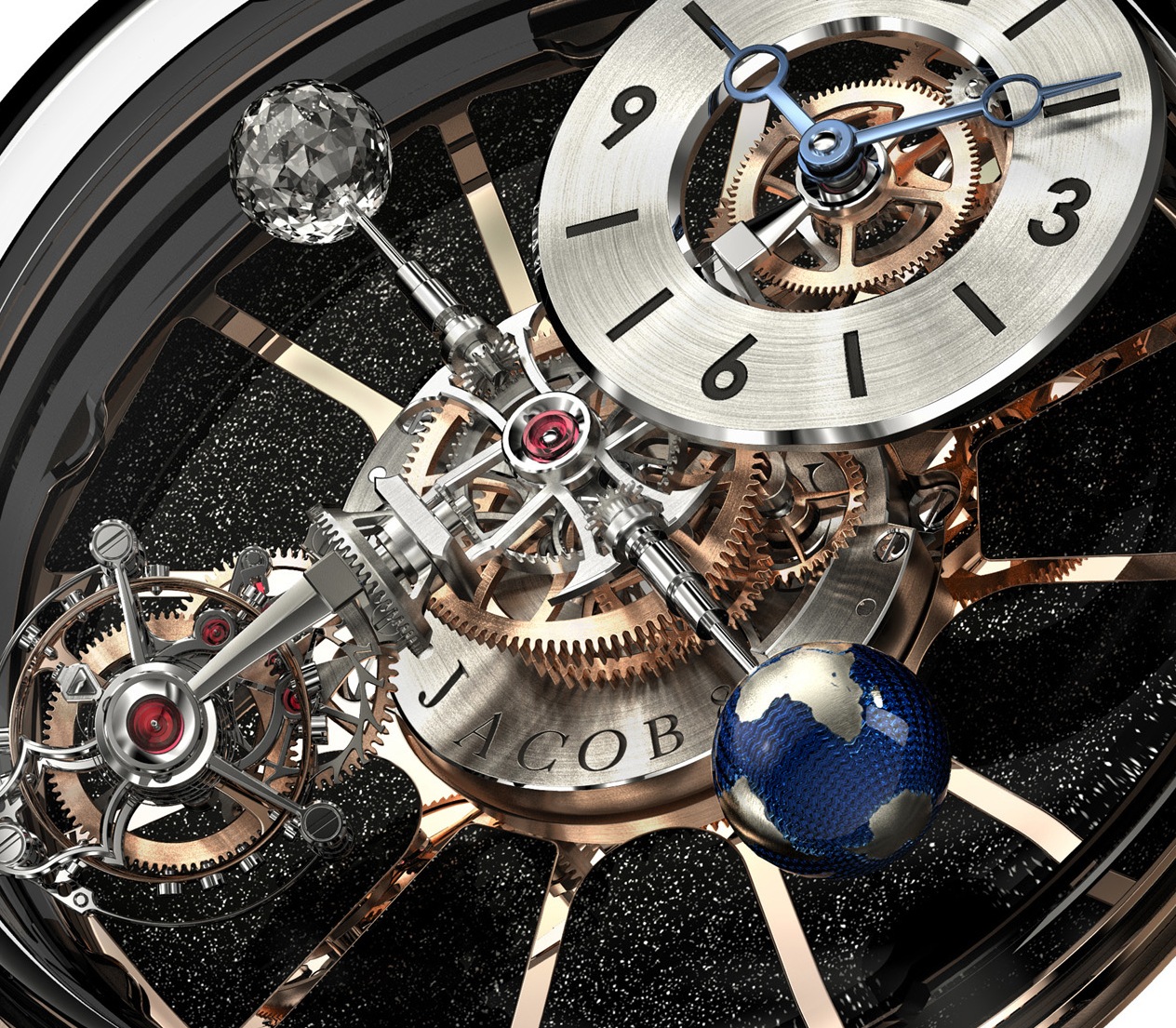 The watch features four axes, each holding a differrentfeature, including the time, tourbillon, moon and earth renditions.

So, now that the question of astronomy is put to rest, this sublimely beautiful watch is, nonetheless, quite complex. For the creation of the highly complex movement and technically advanced rotating system, Jacob & Co again partnered with Studio 7H38 – the company that last year helped develop the SF24 dual time zone watch. The 235-part movement features a three-axis tourbillon and offers an orbital display of hours, minutes, Earth and the moon (again the Earth and moon are an ethereal experience rather than a realistic orbital rendition). 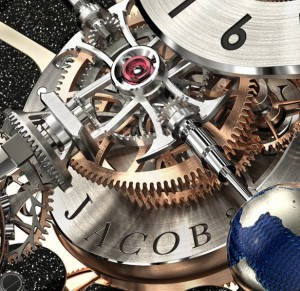 Essentially, the Astronomia Tourbillon features a four-armed carrier that rotates once around the dial every 20 minutes. One arm holds the one-minute tourbillon, which, thanks to its three axes – not only rotates once every 60 seconds on its own axis and once every 20 minutes around the dial, but also rotates around the axis of the arm carrying it once every five minutes. Opposite the tourbillon cage with overcoil balance spring, on another arm, is the hour and minute dial with open-worked center. Because the dial also rotates with the central axis, it is mounted on a differential platform so that as the central carrier turns, and the dial turns, it also pivots to ensure that the 12:00 marker is always at the top of the hour/minutes dial for easy reading of time. The two other arms, and each rotating on its axis once every 60 seconds, hold the Earth (a globe of white gold and blue Grand Feu enamel), and the Moon (a round  briolette-cut diamond with 56 facets).  The back dial backdrop is blue aventurine. The 47mm case is made of  a high-tech  polycarbonate composite strengthened with diamond dust. Just nine pieces will ever be made.