How Does a Legend Reinvent Itself? Ask Patek Philippe. Introducing the New Nautilus and the New Annual Calendar 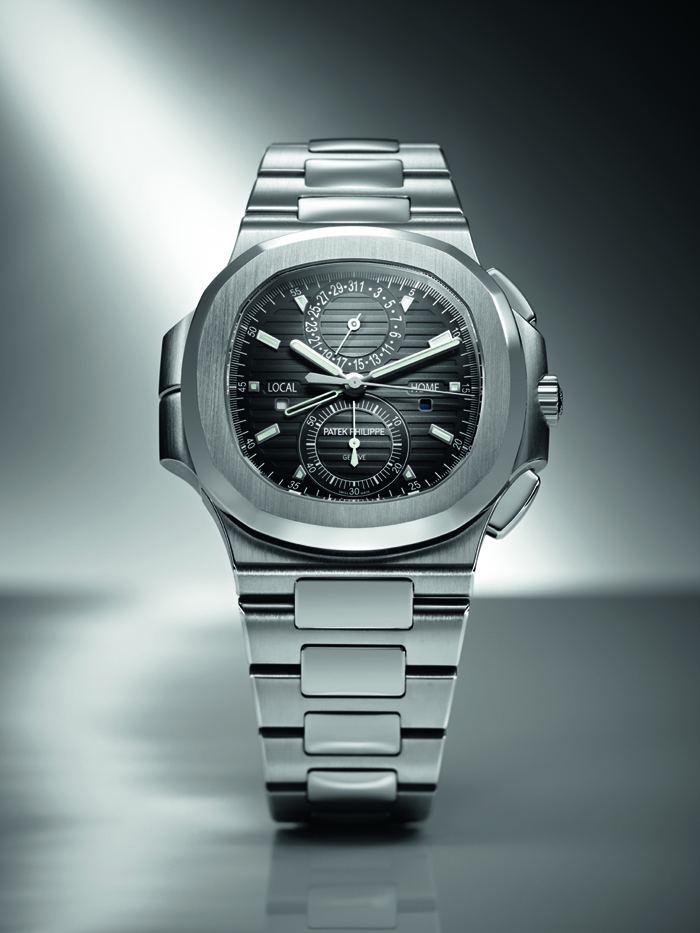 A legend in its own rights, Patek Philippe has been the benchmark for watchmaking for 175 years. This year, in fact, marks the brand’s 175th anniversary. With that comes a host of celebrations and exciting new product unveilings. Several are so complex that we will delve more deeply into those in the coming weeks. For now, we just want to bring you two new legends from Patek Philippe.

While many of the company’s collections can be called icons, a couple stand out. Among them: the Nautilus. It was in 1976 that the brand was searching for inspiration for its water resistant watches. Turning to the porthole shape of a ship’s windows, the brand unveiled the world’s first Nautilus watch in stainless steel – still a much-coveted piece at auction. Today, Nautilus remains an icon for Patek Philippe, which this year unveils the Nautilus Travel Time Chronograph Ref. 5990/1A.  A deft blend of casual elegance and function, the new Nautilus Travel Time Chronograph also brings in a dual time zone indicator.  In total, the watch offers six functions, which required Patek Philippe to create an all new caliber: the self-winding CH 28-520 C FUS movement. The watch also offers day/night indicators for both time zones and an analog date indication at 12:00. The correctors that adjust the time zone up and down in one-hour increments are integrated into the case side at 9:00 so as not to interfere with the design. The new movement is visible via a sapphire crystal caseback. 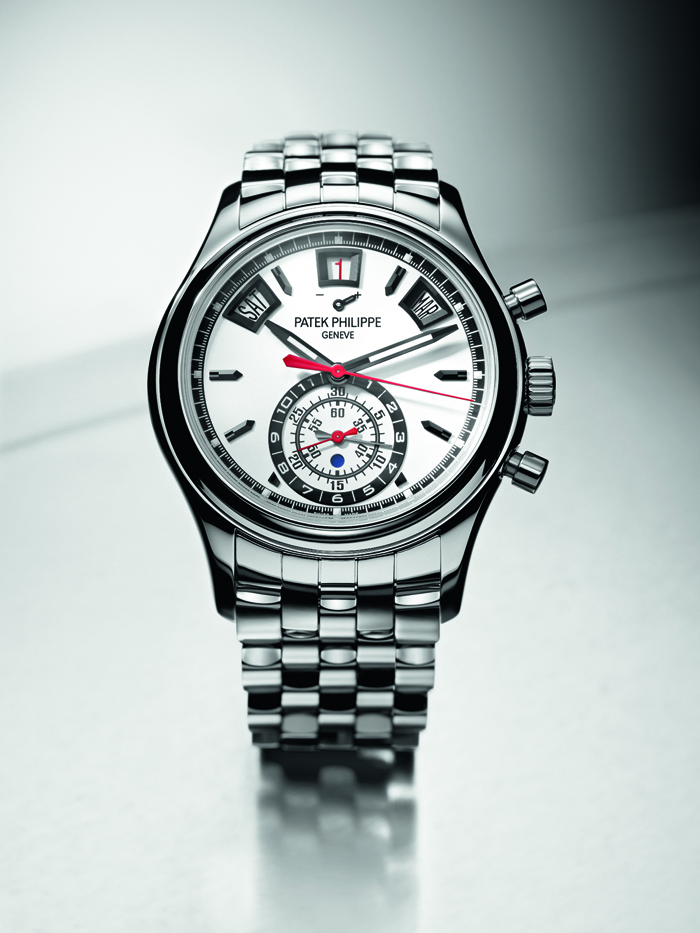 Another legendary re-invention comes in the form of the Annual Calendar Chronograph Ref. 5960/1A. The brand’s first Annual calendar chronograph launched in 2006 and was also Patek’s first self-winding chronograph.  Today, the brand reinterprets that original by issuing a rarely-offered (outside of Nautlius) stainless steel model. This watch is drop-dead perfect. Complementing the steel sheen, the chronograph scale and 12-hour counter are blackened appliqués, which, when combined with the applied hour markers and calendar aperture outlines in blackened gold, have a superb 3D effect.  Naturally, a contrasting bold red marks the chronograph hand and the hand of the 60-minute counter. The monocounter scales have also been reconfigured in this all new self-winding CH 28-520 IRM QA 24 caliber with column wheel and disk clutch. In total, the movement consists of 456 parts: 302 for the caliber and 154 for the calendar module.