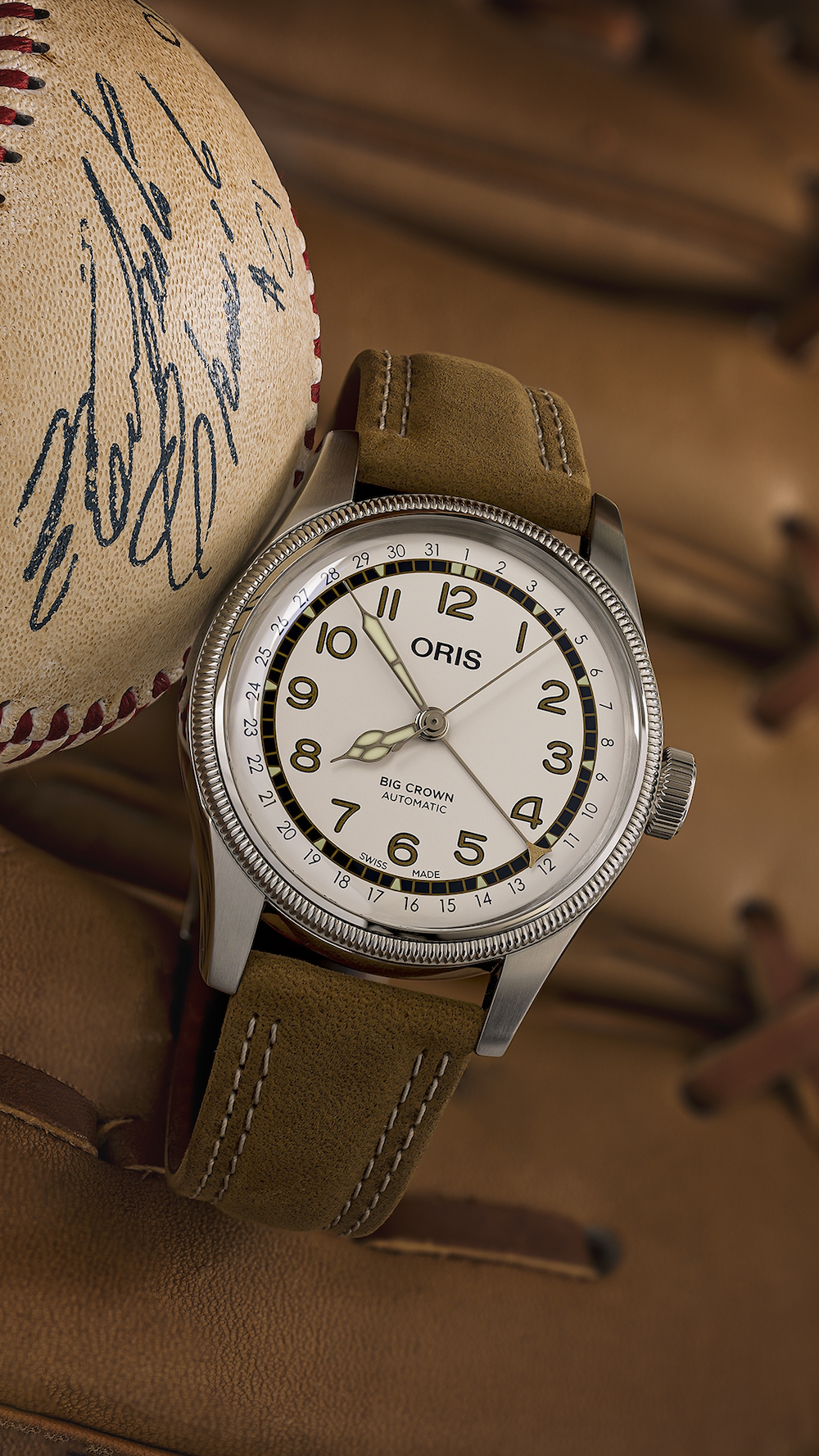 This new collection further emphasizes the brand’s motto of “Change for the Better” by bringing awareness and resources to the Roberto Clemente Foundation, a humanitarian organization named in honor of the baseball Hall of Famer whose exceptional sports skills were a mere part of his contributions to the world.

From humble beginnings in Puerto Rico, Clemente began his baseball career at 17 in the Puerto Rican Professional Baseball League, and a year later he moved to the U.S. to join the Brooklyn Dodgers. In 1955, at the age of 21, he made his Major League debut with the Pittsburgh Pirates, where he would stay for 18 seasons. He won two World Series with the Pirates and became a 12-time winner of the Rawlings Gold Glove Award before reaching 3,000 hits, with the last hit of his career in September 1972. 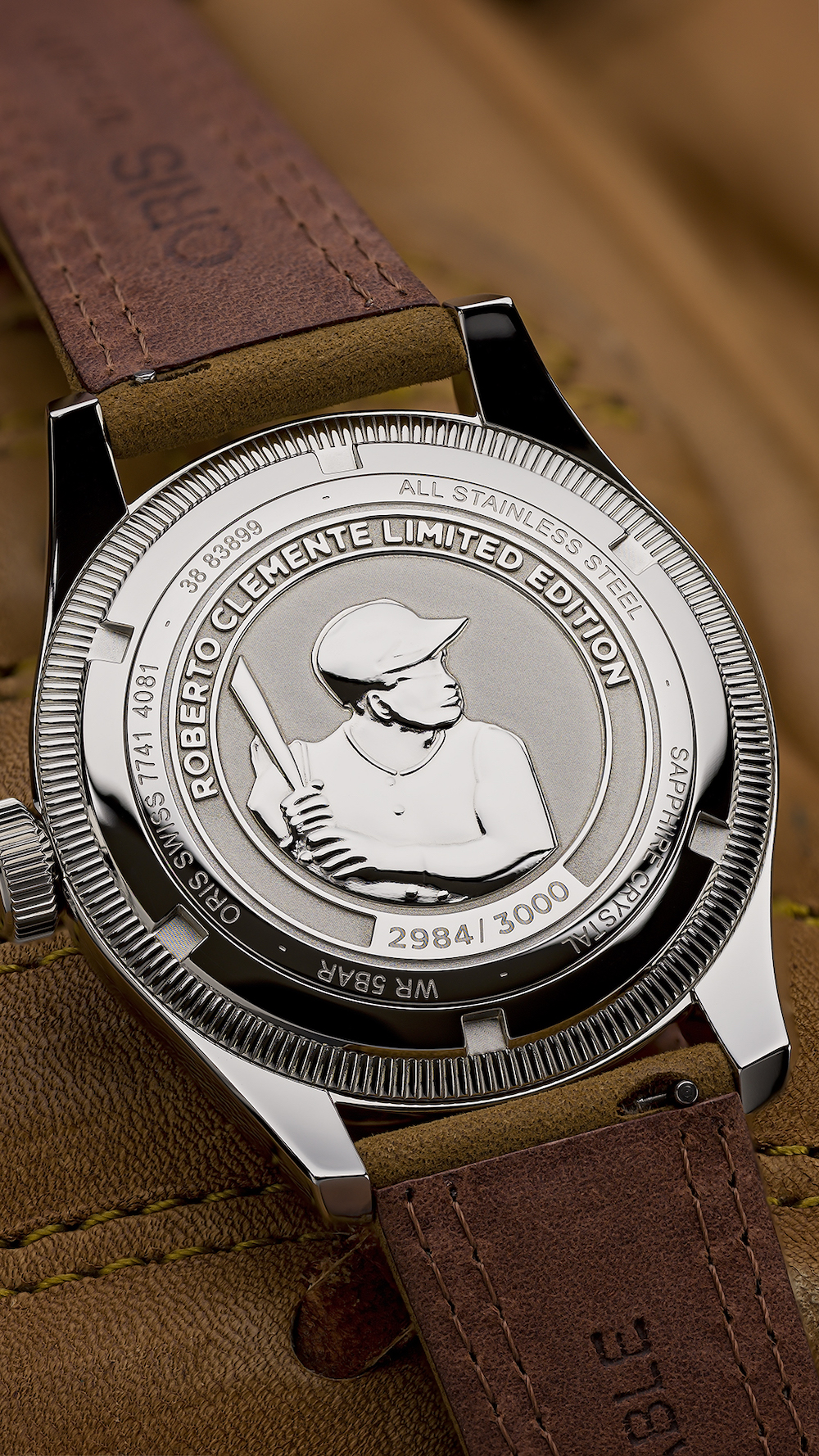 The case back of the Oris Roberto Clemente Limited Edition Watch features an engraving of the baseball great.

During the following winter, Nicaragua was hit by a 6.3 magnitude earthquake, leaving as many as 11,000 people dead and 300,000 without a home. Clemente, who had been avidly involved in community work throughout his career, sent aid, but his shipments had gone missing—almost certainly due to the corruption of local officials. He insisted on accompanying the next shipment to make sure it reached its proper destination, and on December 31, he boarded a plane to Nicaragua. Clemente passed away in a plane crash, at age 38.

The 40mm stainless steel Roberto Clemente Limited Edition comprises 3,000 watches, meant to represent the baseball player’s career hits, and the date “21,” the age at which he made his Major League debut with the Pittsburgh Pirates, is in gold. The watch features a white dial with black and gold detailing, inspired by Clemente’s uniform, and the screwed caseback is decorated with a commemorative engraving. 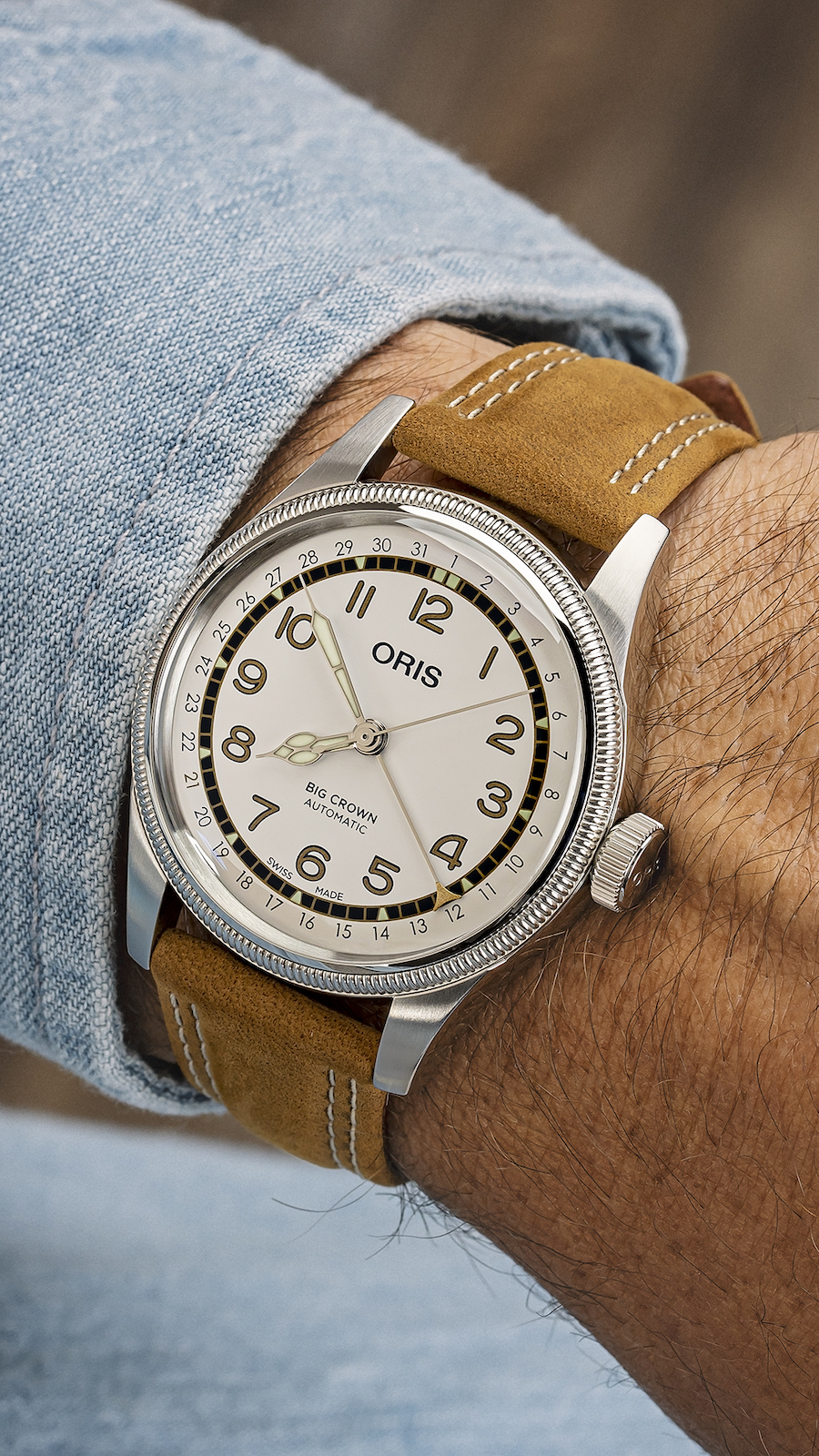 Just 3,000 of the Oris Roberto Clemente Limited Edition Watch will be made.

The timepiece is driven by the automatic Oris 754 movement, whose functions include hours, minutes, seconds, date, instantaneous date, date corrector and stop-seconds. It has a power reserve of 38 hours.

Oris, on behalf of the Roberto Clemente Foundation, is presenting a Roberto Clemente watch to each of the previous recipients of the Roberto Clemente Award. This accolade annually honors Major League Baseball players who best exemplify the game of baseball: sportsmanship, community involvement and contribution to the team. For those recipients who are deceased, the watch will be presented to a family member. And as a personal touch, the recipient (or family member) will receive the Limited Edition number that corresponds to the year the award was won.

The Roberto Clemente Limited Edition watches—each fitted on a brown leather strap inspired by a baseball glove—are priced at $1,950. 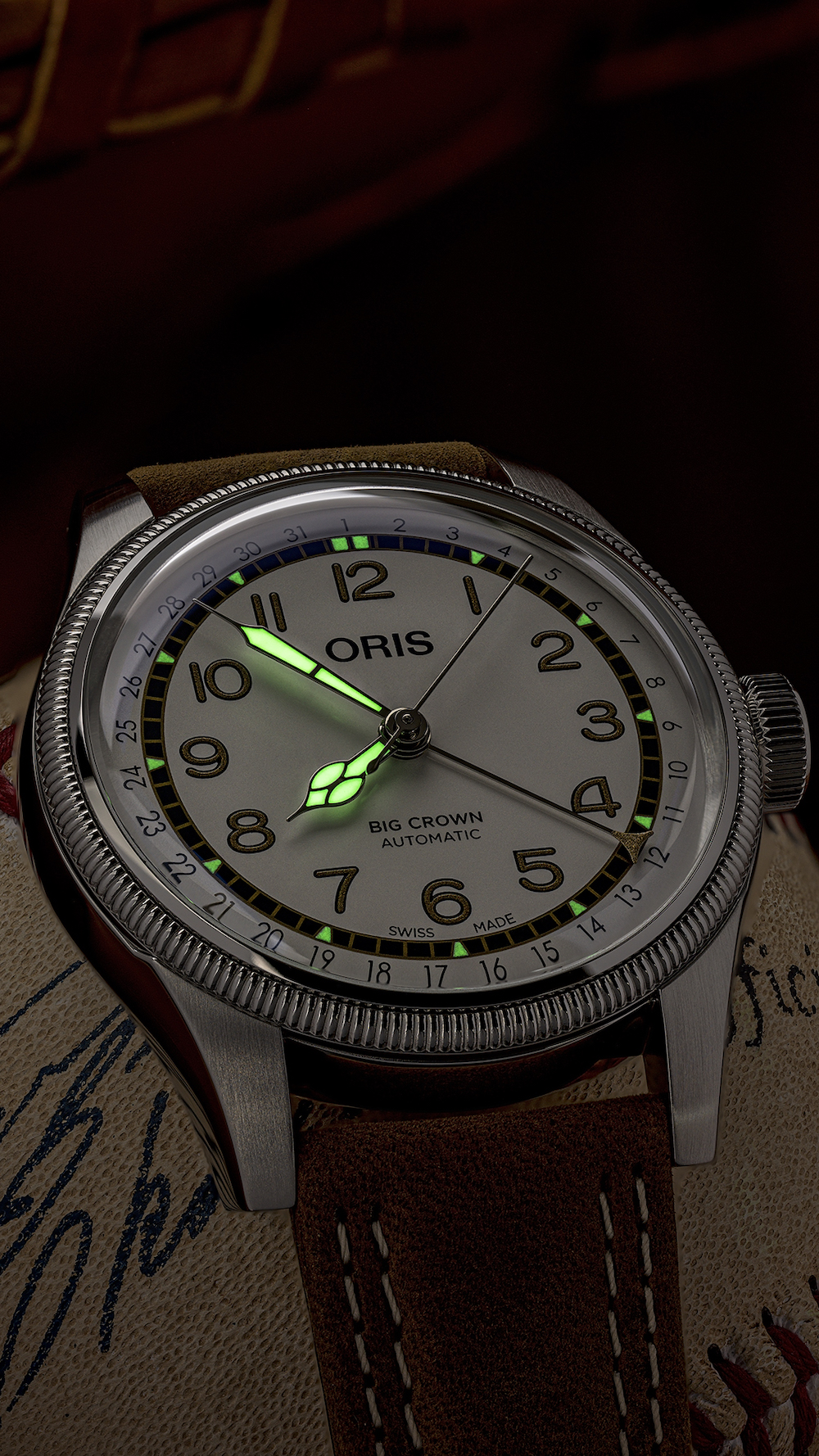