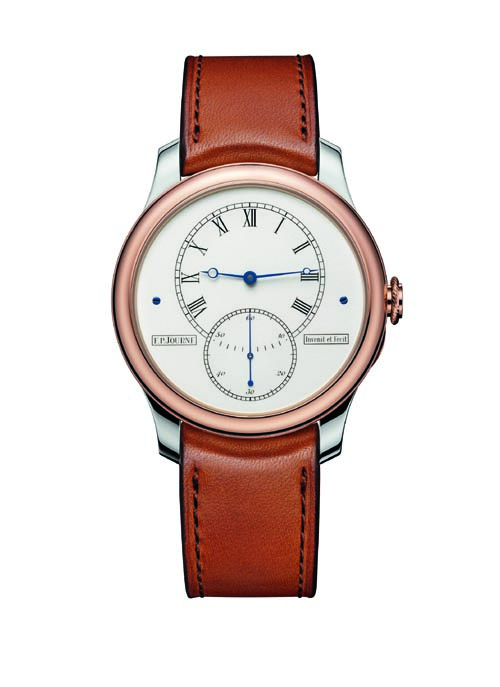 It was 30 years ago that Francois-Paul Journe unveiled his first pocket watch to the world in 1983.  That watch demonstrated his unique yet traditional watchmaking savoir-faire and launched him into a three-decade-long success story. Today, in honor of that timepiece, Journe unveils a reinterpretation of that pocket watch in wrist watch format. Called the Historical Anniversary Tourbillon, it is the culmination of so many of Journe’s arts and superb craftsmanship. 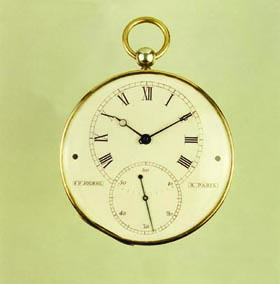 Journe’s newest chronometer watch is a splendid rendition. It features a case in guilloche silver (enhanced by two gold bezels in 4N rose gold) with superbly decorated half-hunter case back that opens to reveal the stunning workmanship of the tourbillion movement beneath a sapphire crystal. Entirely invented and built in house in the Geneva Manufacture, the haute horology manual-wind movement, Calibre 1412, is made of grained, gilded brass and 3N gold – identical to the original from 1983.  Two barrels distribute the energy to a wheels train arranged on the axis of the watch to power the one-minute tourbillion.  The watch’s 178-part movement house a lateral pallet escapement instead of a detent 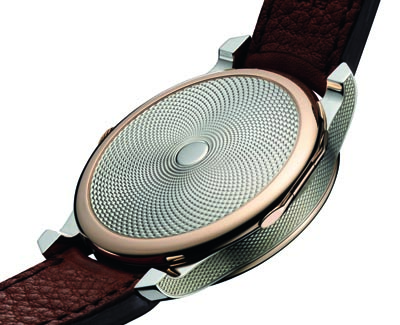 The half-hunter case back of the new FP Journe watch is created in guilloche silver.

escapement as in the original. The 40mm watch offers 56 hours of power reserve.  Created in a limited edition of 99 pieces, this watch will blow you away—not only for its workmanship, but also for its incredible price — $99,000. 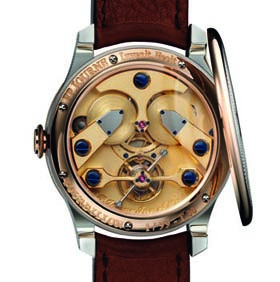 The watch was unveiled last night at the brand boutique in Tokyo, and Journe will be bringing it to New York City on November 12, and then to the grand opening of his Los Angeles Boutique on November 15. This boutique represents Journe’s fourth (following New York, Bal Harbour, Boca Raton) in the USA and ninth world wide.