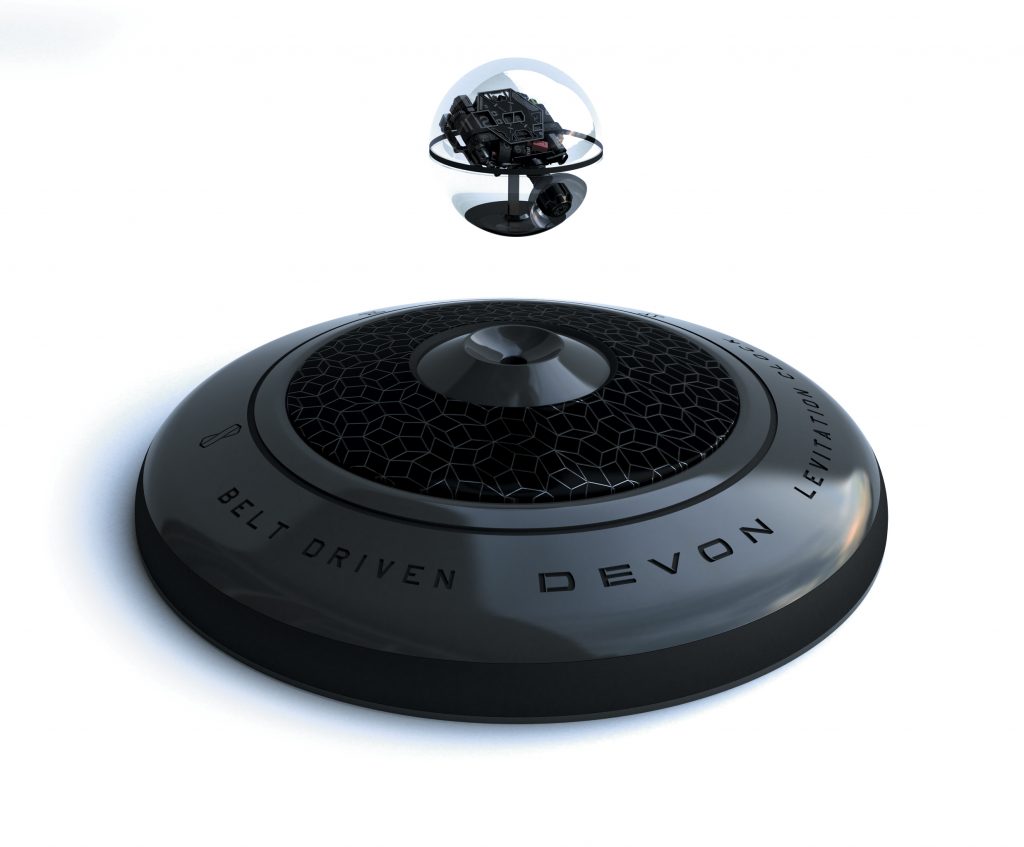 Scott Devon of Devon Works regularly surprises us with his latest ideas come to fruition. Such is the case with the all-new Devon Interstellar Levitation Clock. The desk clock is an intricate three-dimensional timepiece with a unique and creative look. Still in pre-production development, the base of the clock uses electromagnetics to float the Devon clock centered inside of a crystal clear globe  — without interfering with the power. This is possible because the pod or globe, inside which the clock sits, delivers the power to the clock via the air. The clock is able to harvest the power thanks to high-tech inductive technology.

The small clock inside the pod/globe that levitates above the clock base emulates the Devon Tread watches.

The clock naturally reflects Devon Works’ Tread watches — and uses Devon’s patented system of interwoven time belts to display the hours, minutes and seconds.  The levitating clock globe can be launched from the base and rotates either  left or right or moves up and down.  We recently covered this clock in DuPont Registry’s October watch issue, and so can bring a little of the technical side to light.  “The Desk Clock uses the Devon Tread 1 watch’s onboard microprocessor to control all of the functions. It gathers data from a temperature-compensated crystal and a proprietary optical recognition system, which continuously monitors and verifies the position of the time belts for steadfast accuracy. The Clock is accurate to within one half of a second per day; it will be built in a very limited edition. Price on request.”