Love Is In The Air: Introducing The Breguet Classique 9065 Tahitian

Move over men, this one is for the women, and it’s a lot more than just a pretty face. From the legendary watch brand, Breguet, comes a mysteriously beautiful and brilliantly sophisticated new Classique watch:  the Breguet Classique 9065. One of the most alluring things about this watch is that is features a lustrous Tahitian mother-of-pearl dial. 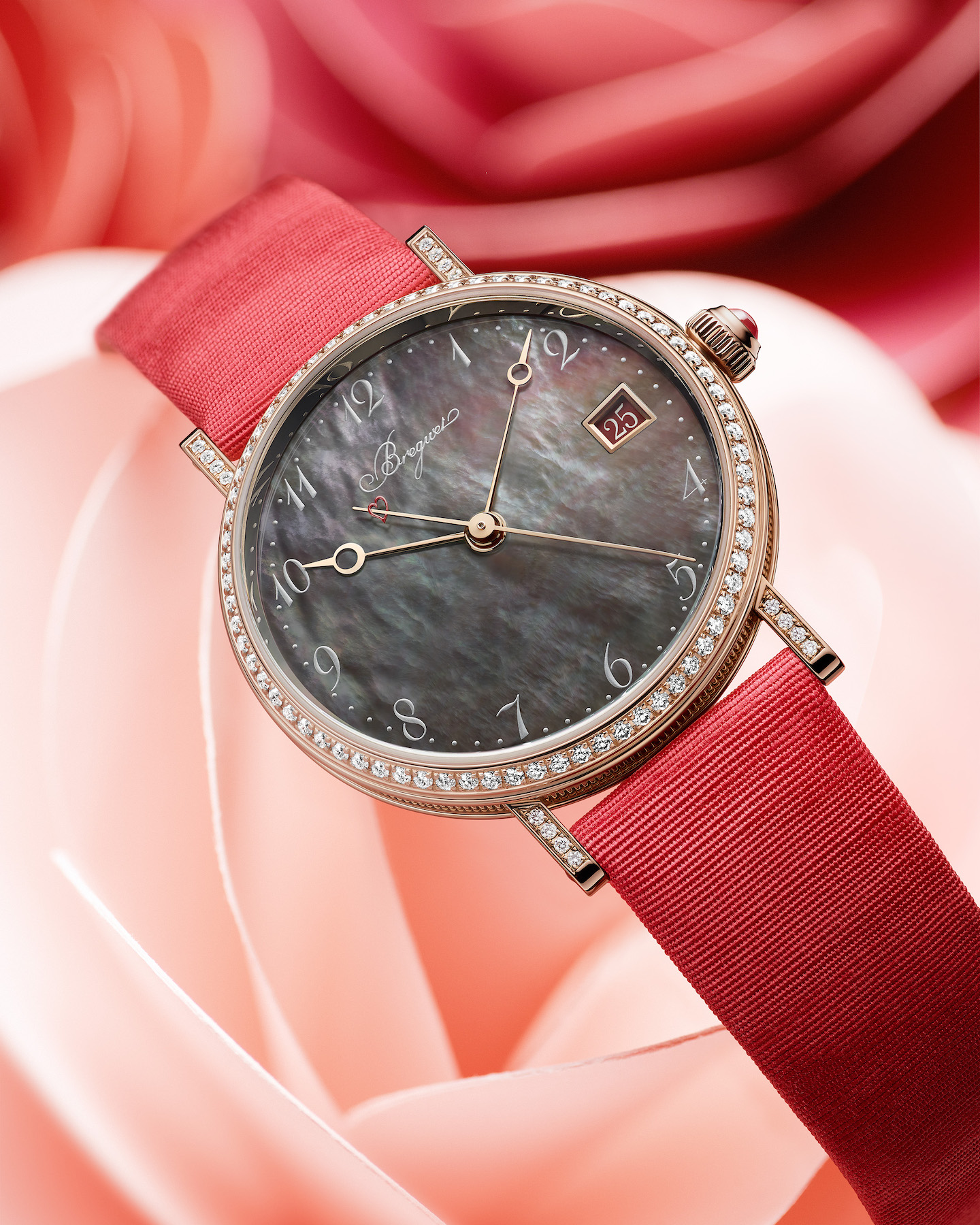 Many don’t understand the differences inherent in mother of pearl, but there are some real differences. To begin with, color, luster and origin all play a role in the value and beauty of a pearl and, consequently, of a mother-of-pearl dial. Brilliant whites generally hail from the South Seas, but rich grays and black hues come from Tahiti, and are even rarer  (and more expensive) than South Sea pearls.

Because mother-of-pearl dials are difficult to make, and often crack or break, the expensive Tahitian pearl is not often used. When it is, it signifies an investment by the brand into a very special timepiece. Such is the case with this new Classique 9065, which is presented for the first time with a lustrous Tahitian mother-of-pearl dial.

Released in time for true lovers to mark Valentine’s Day, the watch features a very subtle red heart at the end of the gold seconds hand — marking the passage of time. The date indication at 3:00 on the dial is red off of a garnet window  and the red strap is created in iridescent satin. A total of 88 brilliant-cut diamonds are meticulously set on the bezel and lugs of the 18-karat  rose gold case. Powering the watch is an automatic movement (591A caliber) with 38 hours of power reserve. Just 28 numbered pieces will be made, each retailing for $28,600.

Breguet has a history of creating alluring watches for women, with the first dating back to the 1700’s. Over the centuries, the brand has created watches for the likes of  Queen Marie-Antoinette, Caroline Bonaparte – sister of Napoleon – and even the Empresses Joséphine and Marie-Louise. A Breguet  3023 watch that was sold in 1817 to the Duchess of Wellington is on display today at the Louvre in Paris. 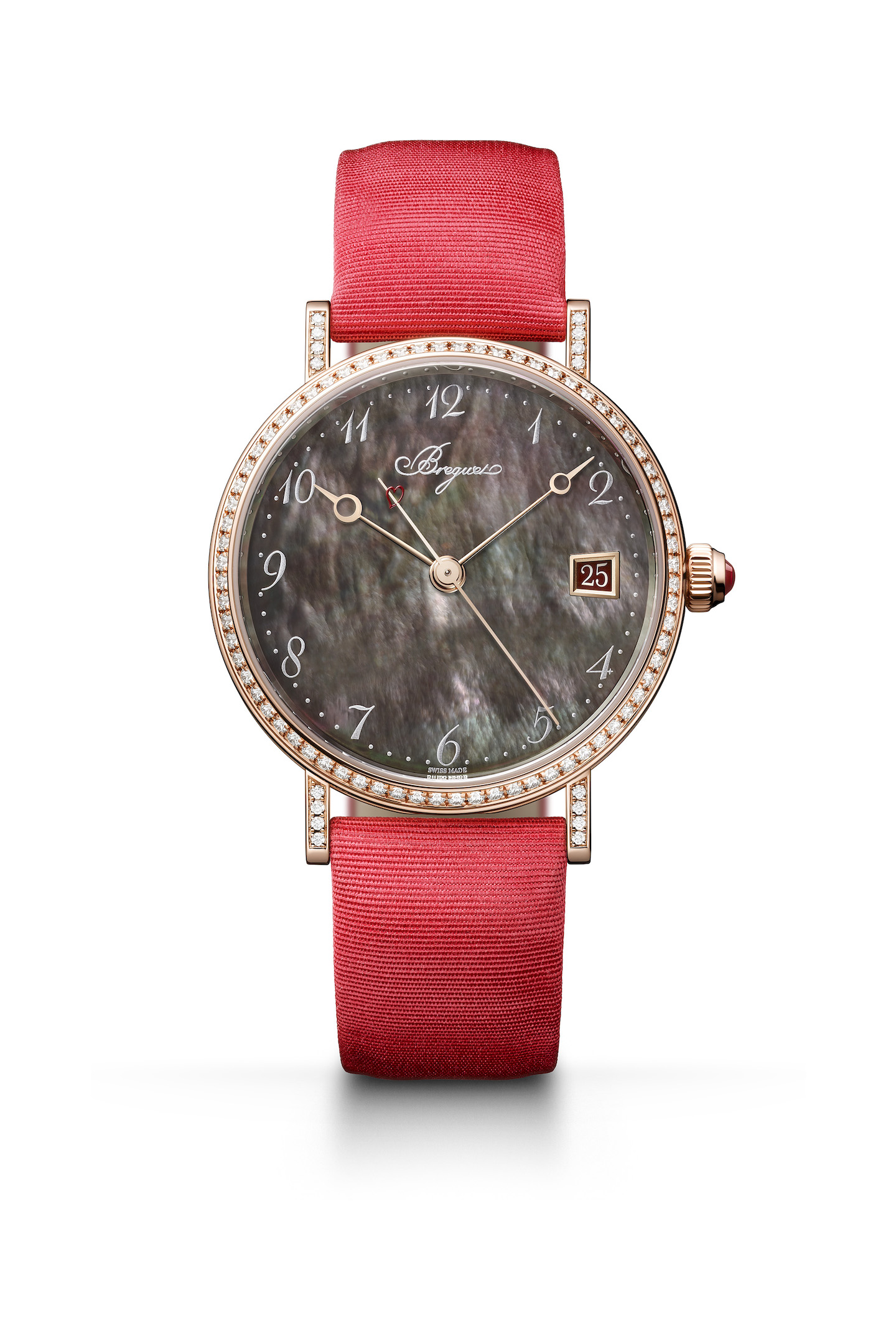