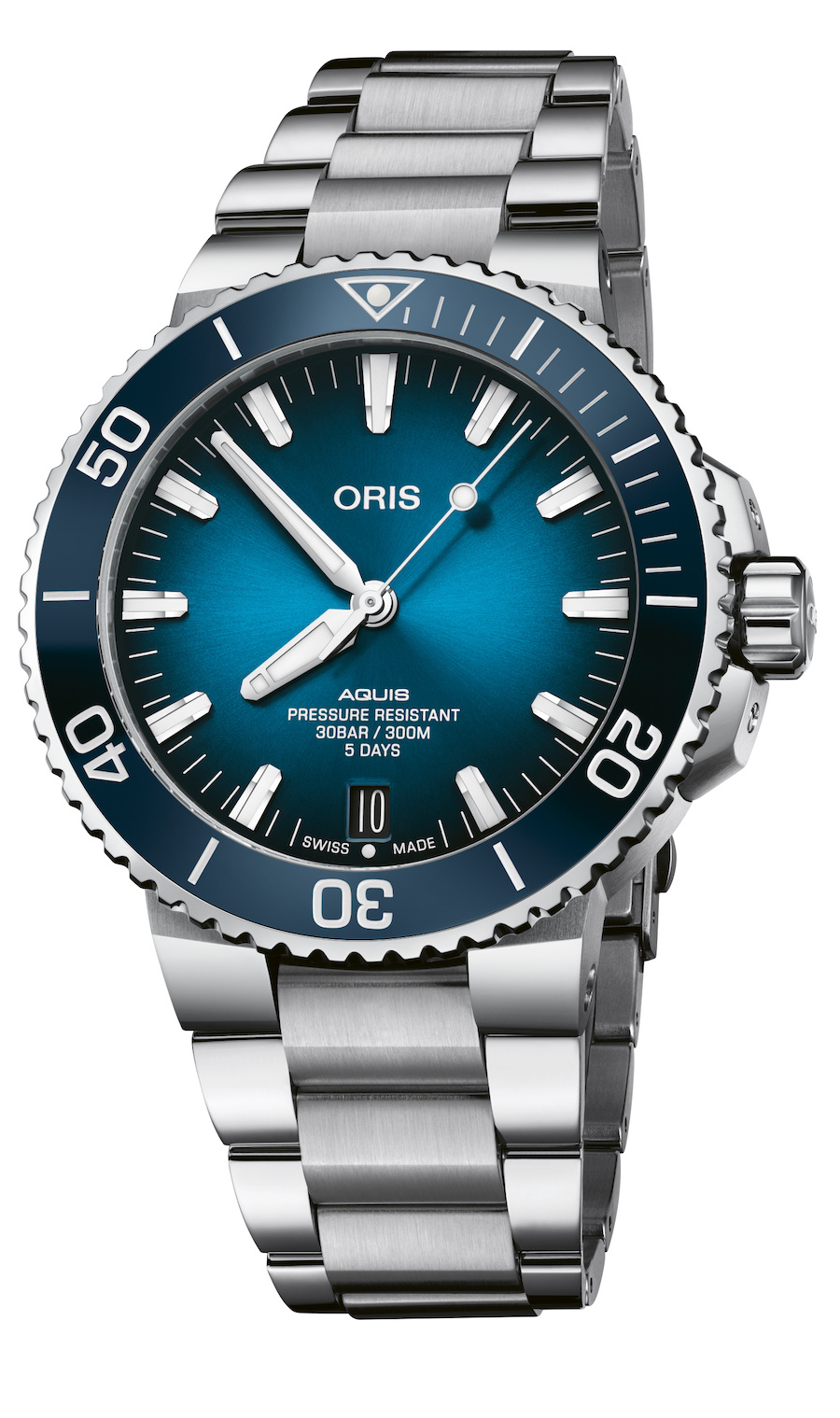 Independent Swiss watch brand Oris dances pretty much to its own drummer. Despite being a large, globally distributed brand, the company’s executives pull out all the stops when it comes to creative designs and responsible partnerships. Recently, the brand announced that it has created an all-new in-house-made movement, Caliber 400 and today, it introduces the high-performance movement in the form of the Oris Aquis Date Caliber 400 watch.

The Oris Aquis watch is one of the brand’s most beloved collections, so opting to put the new movement inside this package first makes great sense. To differentiate the  Oris Aquis Date Caliber 400 from the standard models, the brand is including one of the key features of the new movement — five days of power reserve — in the form of “5 Days” on the beautiful gradient blue dial. 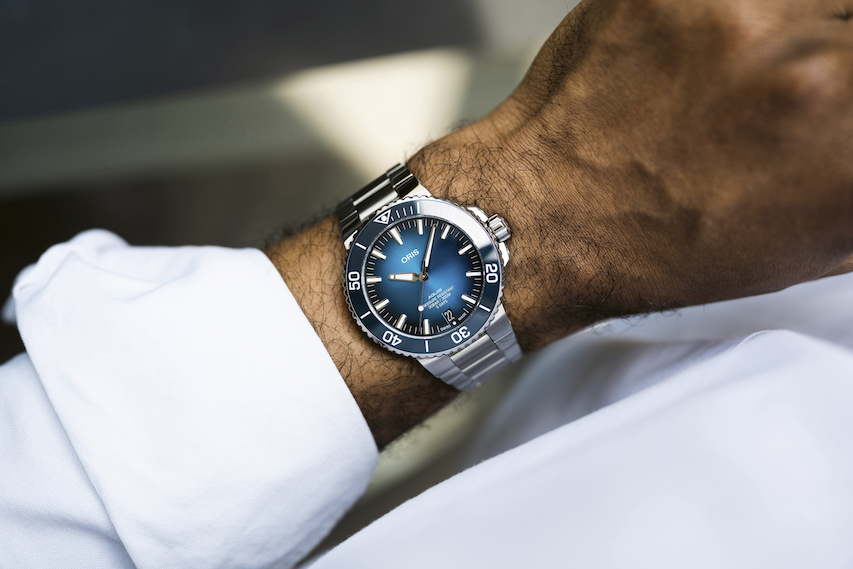 With large date window, the 43.5mm watch is crafted in stainless steel with a uni-directional rotating bezel with ceramic inserts. Perfect for diving, the watch is water resistant to 300 meters and features Super-LumiNova™ hands and markers for easy underwater reading.

As mentioned, the watch houses the all-new Caliber 400 that was years in the research and development stages.The high-performance caliber is chocked with new systems and components that help to eliminate friction and wear and tear.  The caliber features a new rotor with a slide-bearing concept instead of ball bearings, twin barrels for longer power reserve, an innovative winding system and protection against magnetism. A new method of transferring energy to the mainspring from the gear train actually yields greater efficiency than common methods — by 15 percent. The aforementioned slide-bearing rotor concept (as opposed to a freely turning oscillating weight) controls the movement of the rotor and reduces friction.  Thanks to the use of antimagnetic materials for dozens of its components, the Caliber 400 is resistant to errors in timekeeping due to everyday magnetism. 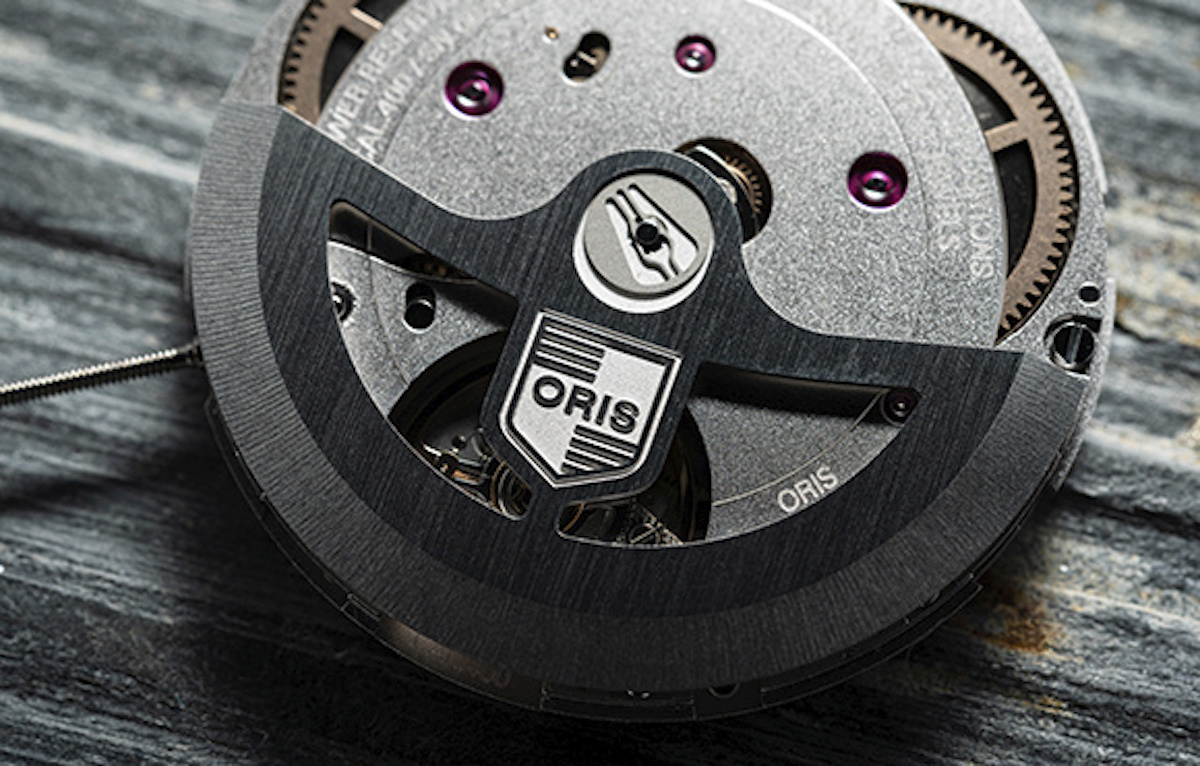 Oris Calibre 400 movement is chocked with innovative new concepts and lots of functions.

It is difficult to separate the new watch from the new movement — and why would we want to? Oris spent a lot of time and effort in creating the pioneering new Caliber 400 and it should get its rightful place in the watch movement category. It has innovative new systems for the rotor and the energy transfer and is packed with so much function thanks to the water resistances, magnetic resistance and power reserve. Putting this caliber into the beloved Aquis to begin with is genius. Yes, this is an affordable watch, but it is a watch chocked with top-notch materials and functions. Plus, let’s face it, it looks great out of the water as well as in it.

The Oris Aquis Date Calibre 400 is sold with bracelet or strap.