Ineichen Auctioneers’ first auction for the 2022 calendar year happens on March 12., 2022. Ineichen, which put up several hundred top watches for sale in the late 2021 auction, now promises 50 lots for the  La Vie en Rose auction. All watches with rose gold cases and all created by esteemed watchmakers from the big brands to the indies. 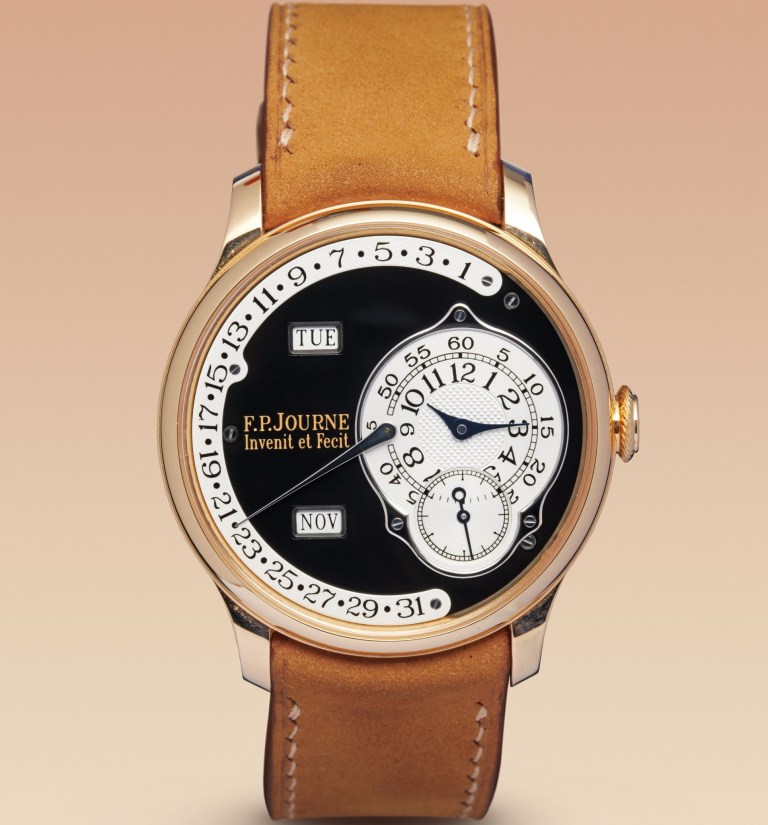 “This rare limited-edition complicated wristwatch, first purchased in 2006, features a 40mm X 9.1mm case in 18k rose gold, a black mother-of-pearl dial and silver subdials patterned with Clous de Paris guilloché. It is powered by a thin manual-wound caliber 1499.2 with mainplate and bridges in solid 18k rose gold, and twin independent movement coupled with an aerodynamic resonance system. Caliber 1499.2 was the first to utilize the aerodynamic resonance phenomenon and F.P. Journe is the only brand that offers serial production of wristwatches with this feature. The Chronomètre à Résonance Sincere Limited Edition is one of the rarest models in the Chronomètre à Résonance line. Only 10 pieces were produced.” 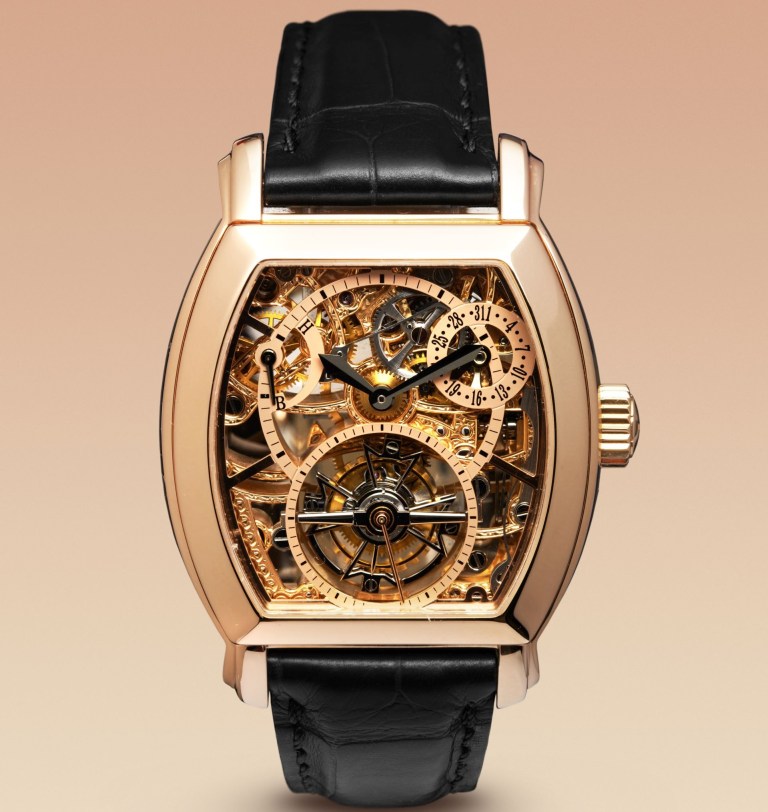 “Vacheron Constantin designed the Malte Openworked Tourbillon from scratch to get its tonneau-shaped movement to match the 18k rose gold case measuring 36mm x 36mm x 11.80mm. It is a signature feature of superior mechanical wristwatches and a rarity in shaped watches. Production of this piece is estimated to be from 2000 to 2011. Vacheron Constantin is one of the few watchmaking houses that continues the costly process of producing sophisticated mechanical watches with traditional skeletonization, baroque lines, lots of “air”, the hand-engraved “peacock tail” decorative pattern and meticulous finishing of all components. The Malte Openworked Tourbillon Ref. 30067/000R-8954 is a compelling example of this approach. Another special feature is the caliber 1790SQ, which is one of the best traditionally skeletonized tourbillon movements with flamboyant baroque aesthetics. It’s also the first in-house tourbillon movement created by the brand.”

“This piece features the immediately recognizable three gold bridges that appear in Girard-Perregaux’s tourbillon watches. However, this time they’re visible through the back of the case rather than on the dial side. This is in line with the design of the classic version of the original pocket watch movement, invented by Constant Girard in 1867 and patented in the US in 1884.  In 1889, the brand’s La Esmeralda pocket watch with tourbillon and three gold bridges was awarded a gold medal at the Paris Universal Exhibition. Reference 99350 is a very rare variation of the design. The 18k rose gold case measures 43mm x 13.15mm. It displays a light cream dial featuring a world-time complication, and hour and minute feuille hands in rose gold. Only a few pieces were produced annually from 2005 to 2010. The present lot is number 10 in the rose-gold series. ” 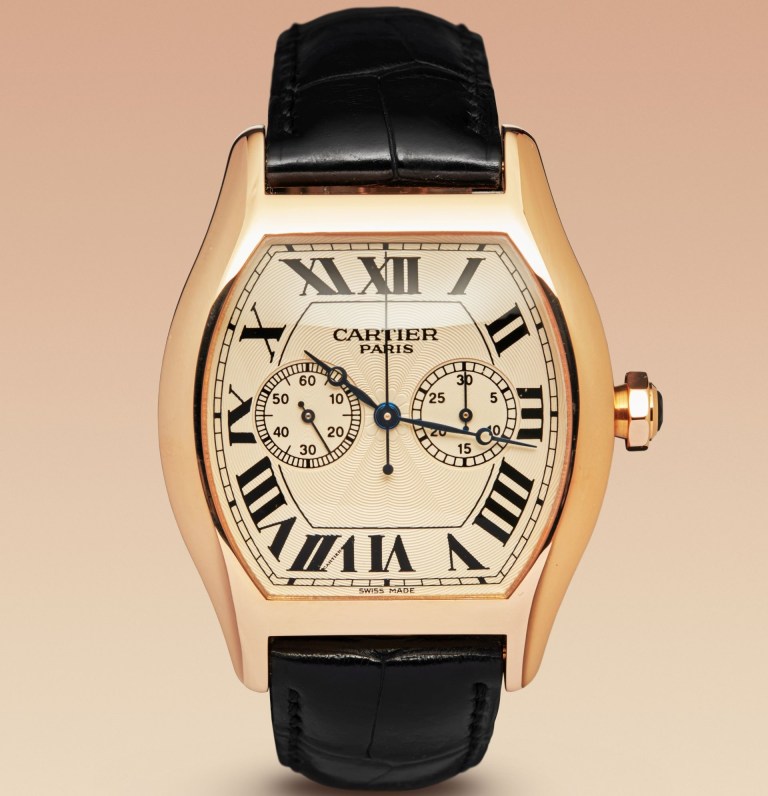 “The Tortue Monopoussoir is one of the first timepieces from the Collection Privée Cartier Paris (CPCP) introduced by Cartier in 1998. The CPCP features watches based on historic Cartier designs but equipped with modern mechanical movements, hand-wound and sometimes automatic, supplied by the likes of Jaeger-LeCoultre, Piaget, Frédéric Piguet, Gérald Genta or Girard-Perregaux. The watches were produced in very limited numbers, and this model is discontinued. The design of the Tortue Monopoussoir is based on the first wristwatch of this shape created by Louis Cartier in 1912 as well as vintage tortue-shaped single-button chronograph wristwatches produced by the brand in the late 1920s and early 1930s. The shape resembles a turtle standing on four legs. Watches in this line are equipped with a rare hand-wound movement, caliber 045 MC, developed by THA Èbauche – a collaborative movement manufacture founded in 1996 by independent watchmakers Vianney Halter, Denis Flageollet and François-Paul Journe. This model features the caliber 045MC Mk2 version, which uses only monolithic steel springs (except for the fixing spring of the minute counter). There is no additional bridge.”