Initially announced in Baselworld,  and available in stores now, the  Oris’  second limited edition bronze watch, the Carl Brashear Chronograph is a timepiece that blends great looks, fine mechanics and a cause. 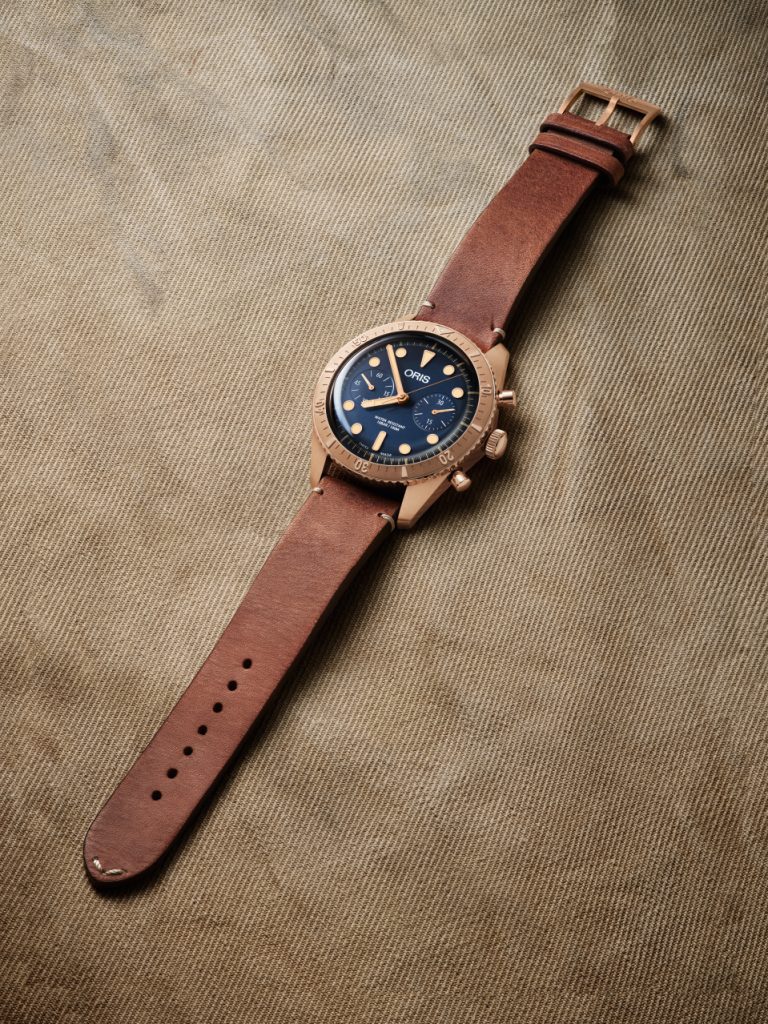 The watch is a tribute to  a real American hero, US Naval Master Diver Carl Brashear. Similar to the first watch, which was a time only piece, the Oris Carl Brashear Chronograph Limited Edition has its roots in the Oris Divers Sixty-Five and is cast in bronze.

Bronze watches have picked up in popularity over the past several years. The reasons for the popularity for both enthusiast and manufacturer stem from the fact the metal patinas naturally over time and ages according to the ph levels in the wearers perspiration. It gives a great vintage aesthetic and a piece that is unique specific to the owner. The inspiration for bronze in this particular piece is done to pay homage to the early diving equipment Brashear used which was also made of bronze. 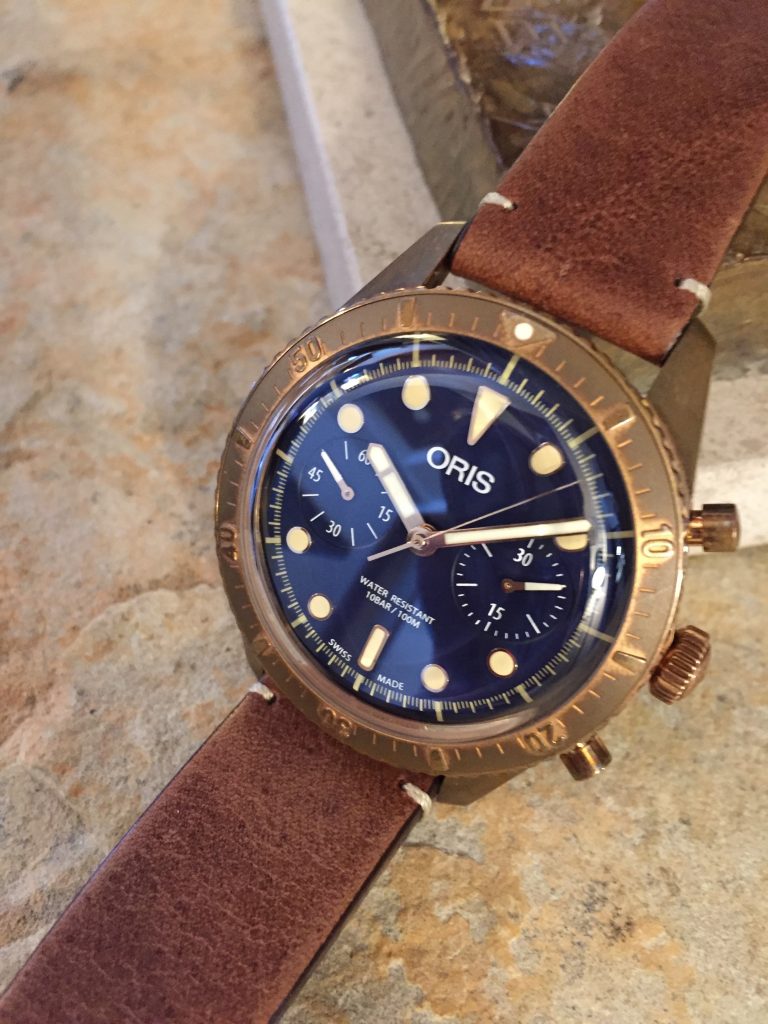 The history behind the naval officer the piece is honoring will motivate even the most tepid of individuals. Carl Brashear enlisted in the Navy in 1948 shortly after the they had been desecrated by President Truman. Carl was the first African American graduate from the US Navy Diving & Salvage School in 1954 and did so through hostility and racism. Undaunted he went on to complete his class graduating 16 out of 17. He went on to perform diving missions involving the salvage and retrieval of high priority ammunitions, equipment and fallen soldiers as well as escorting the presidential yacht. In 1966 an accident known as the Palomares incident cost Carl his left leg. While retrieving a B28 nuclear bomb a towing line snapped and struck the leg below the left knee. After multiple attempts to save the leg, the damage from the incident along with persistent infections led to the limb having to be amputated. Not letting the disability deter him, Brashear, after an exhausting period of rehabilitation became the first US Navy’s first amputee diver in 1968 and then qualified for Master Diver in 1970, the first African American to do so. To qualify as a Master Diver a number of assessments are taken on dives up to 1000 feet deep and in the case of Carl Brashear, performed with a prosthetic leg. 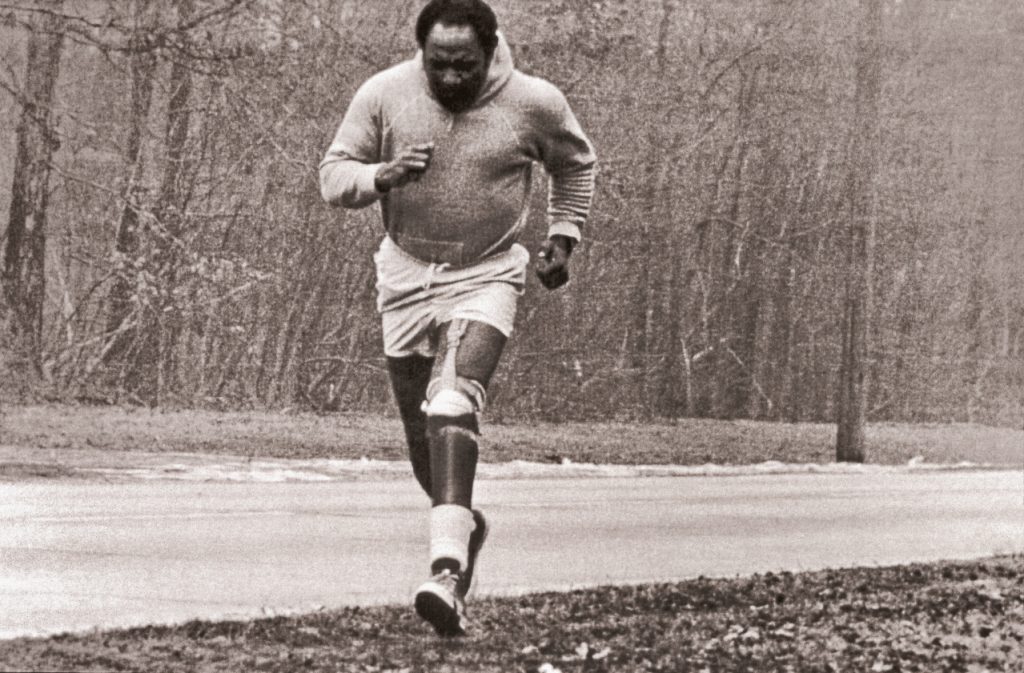 The details of his life were also the inspiration for the film Medal of Honor, where he was played by Cuba Gooding, Jr. After a career that spanned more than 30 years Carl Brashear retired in 1979 and passed in 2006 at the age of 75. For such an inspirational person Oris has sought to create a piece worthy of his namesake. For the Oris Carl Brashear Chronograph Limited Edition bronze has been used throughout its construction. From the case, bezel, crown, and pushers, the unique metal has been implemented. For the manufacture, this is only the second time they have used bronze as a metal.

The piece is powered by the calibre 771 and boasts a two counter register with a 48 hour power reserve. The chronograph function was selected for this piece as the stop start function of the chronograph is reminiscent to the number of times life had tried to stop Carl Brashear but he kept pushing through. His mantra was ‘It is not a sin to get knocked down, but it is a sin to stay down.’ The quote is found on the case back of the watch along with a diver’s helmet. 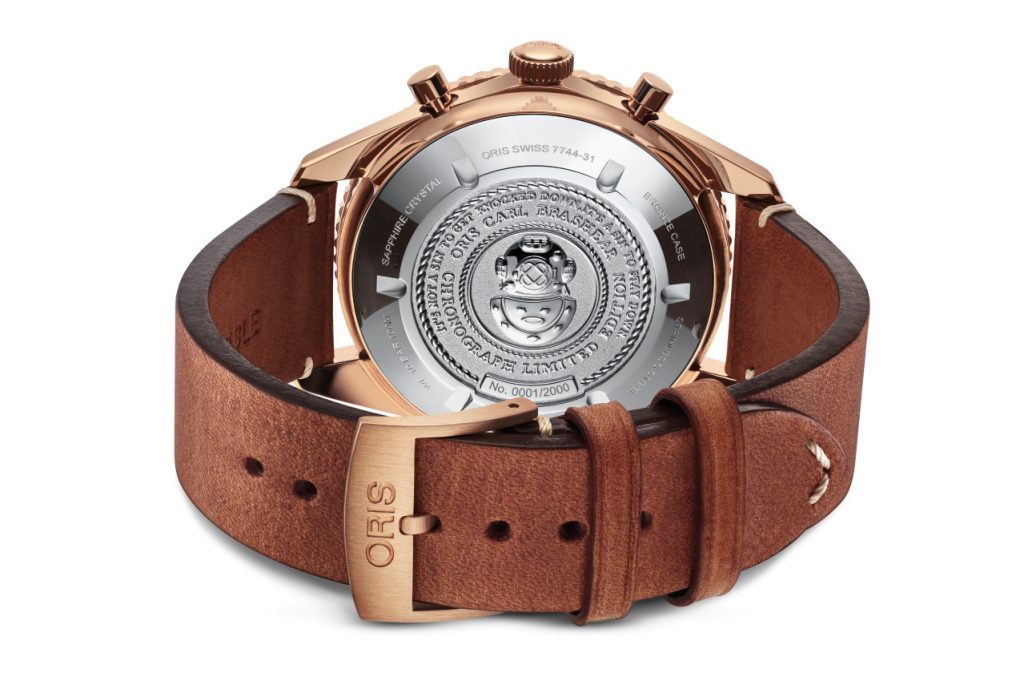 The symmetrical dial features a bi compax chronograph layout. The subdial register at the 3 oclock features 30 minute counter and the subdial at the 9 oclock features the small seconds. The dial is done in blue and a tribute to the diving history of the watches inspiration. The piece is presented on a brown leather strap and retails for $4950.

This is just a great piece with an even greater story. The quote from Ulrich W. Herzog, Oris Chairman, sums up this sentiment perfectly: ‘We are so proud to be working with the Carl Brashear Foundation once again. Mr Brashear was an inspirational human being who brought significant, meaningful change in his lifetime. At Oris, it’s our mission to bring #ChangeForTheBetter.’ 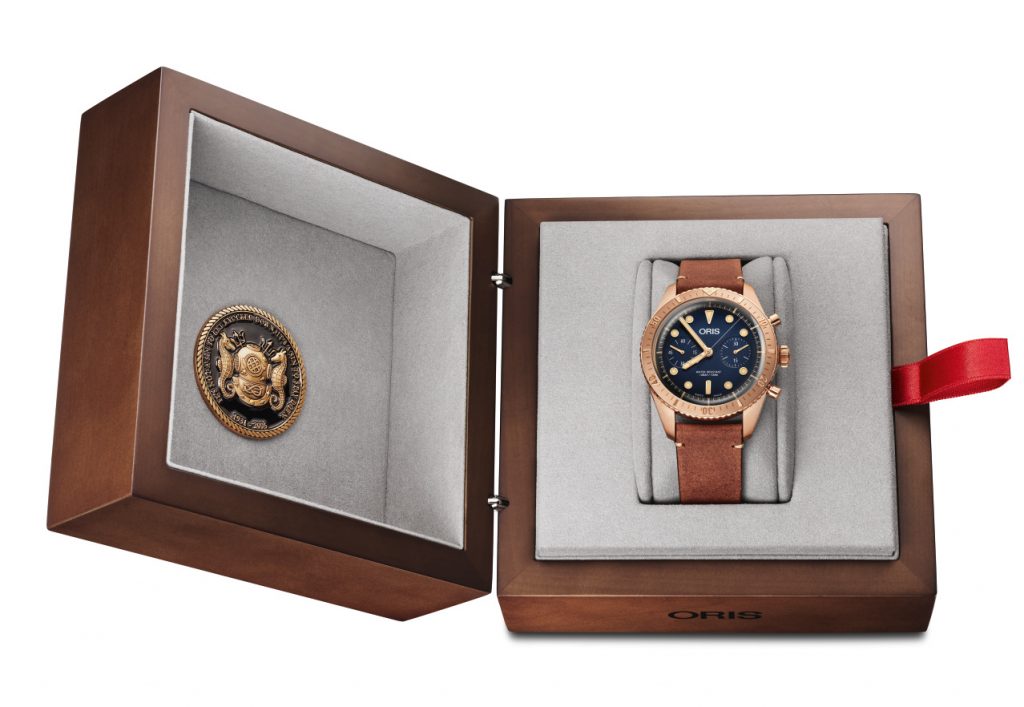 I Went To The Seaglass Rose’ Experience With Corum, Here’s What Happened
June 25, 2018