I Went To Boston With A. Lange & Sohne For The New Boutique. Here’s What Happened 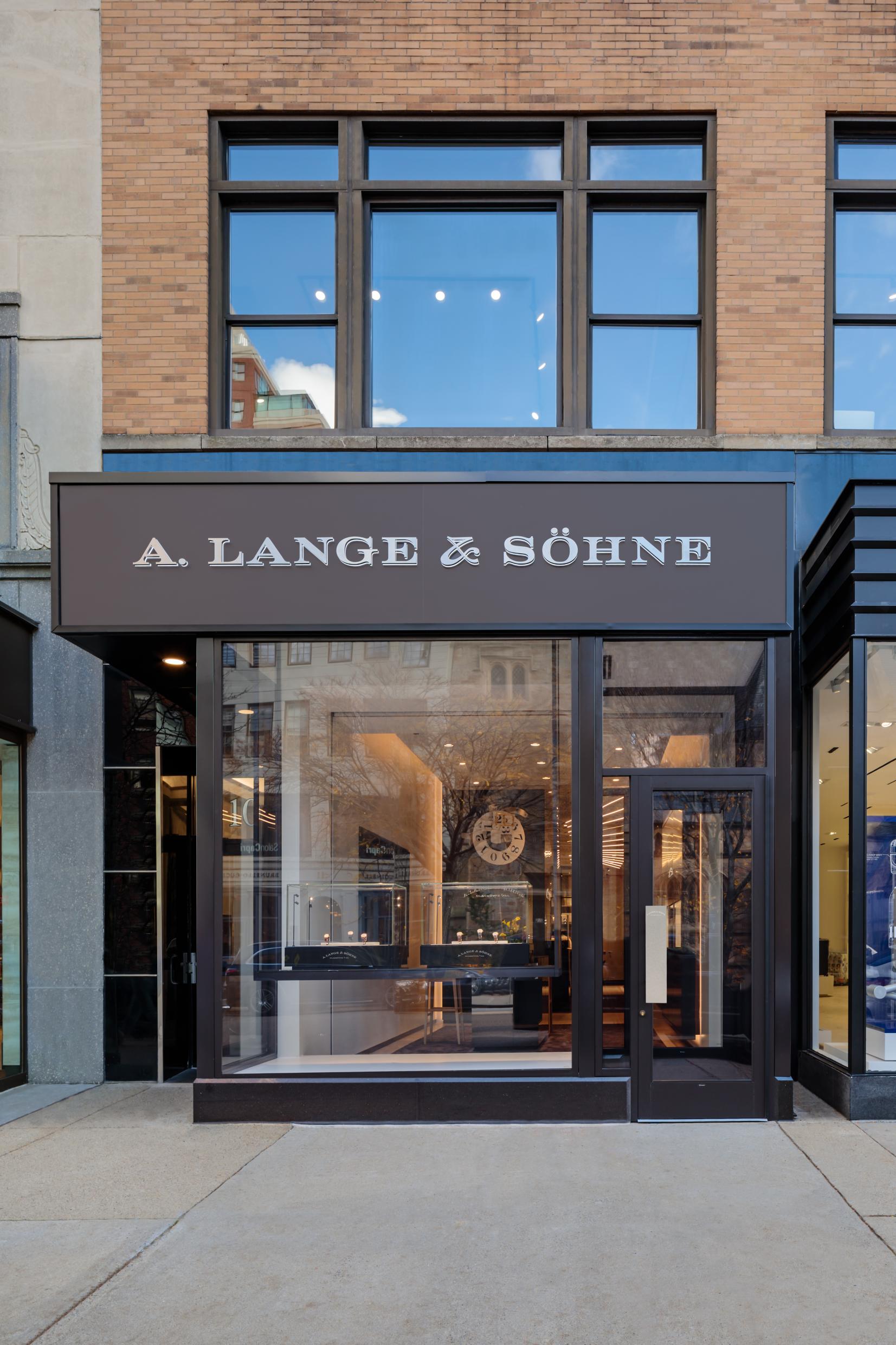 The new A. Lange & Söhne boutique in Boston.

Just two weeks ago, I joined A. Lange & Söhne in Boston where the brand opened its 8th US Boutique on prestigious Newbury Street. This Boston equivalent of Saville Row is fast becoming a watch lover’s mecca. The gorgeous new A. Lange & Sohne store is nestled neatly into space that sits alongside brands such as Bulgari, Cartier, Richard Mille, Chanel and a host of others — with Audemars Piguet soon to join the lot. Nearby is the city’s oldest park, Boston Common, and not far away is the famed Trinity Church. It is an ideal location for the prestigious German brand. 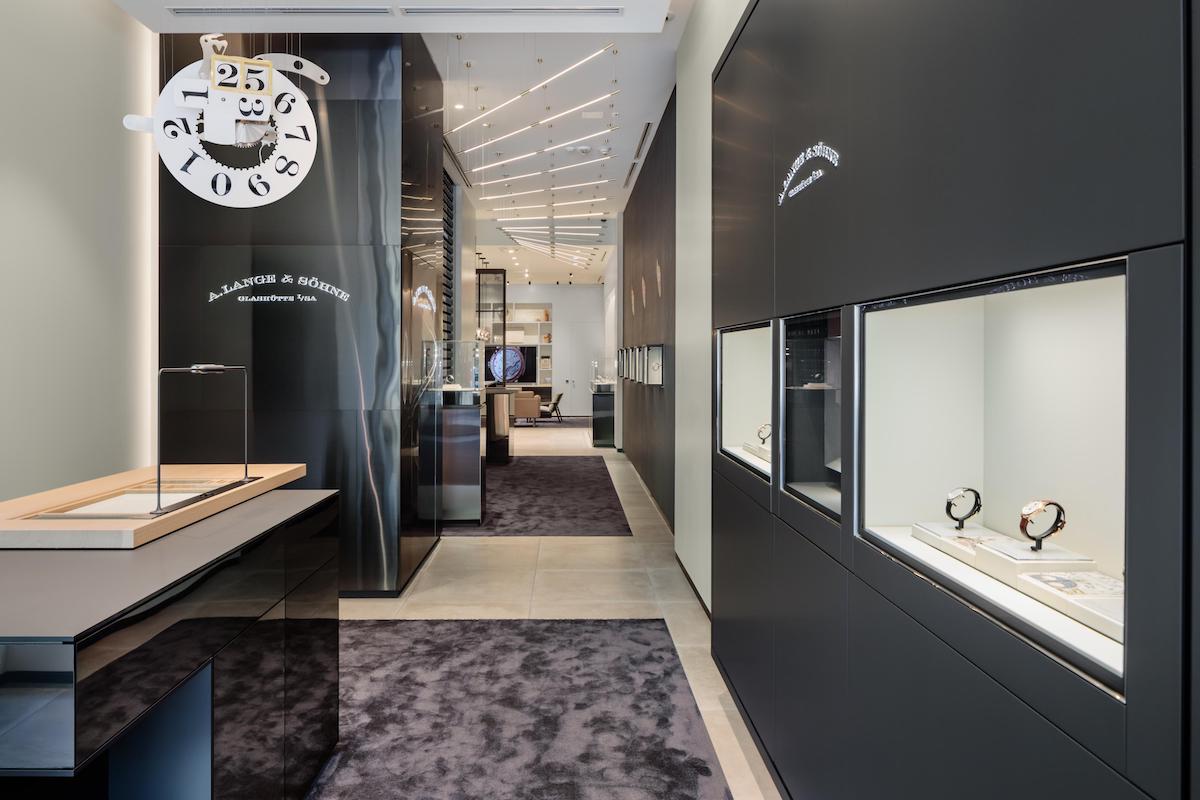 The new A. Lange & Söhne boutique in Boston boasts art work, watchmaking tools and timepieces in a thoroughly modern, yet Bauhaus interior.

The celebration surrounding the opening of the boutique was at once subdued yet lavish, and definitely heart warming. The brand’s CEO, Wilhelm Schmid, was in attendance, as was Rudy Chavez, President of A. Lange  & Söhne in the Americas. A host of the brand’s top clients and friends (including collector Kevin O Leary a.k.a. Mr. Wonderful from Shark Tank) also visited the boutique and attended the after party at one of the oldest libraries in America. 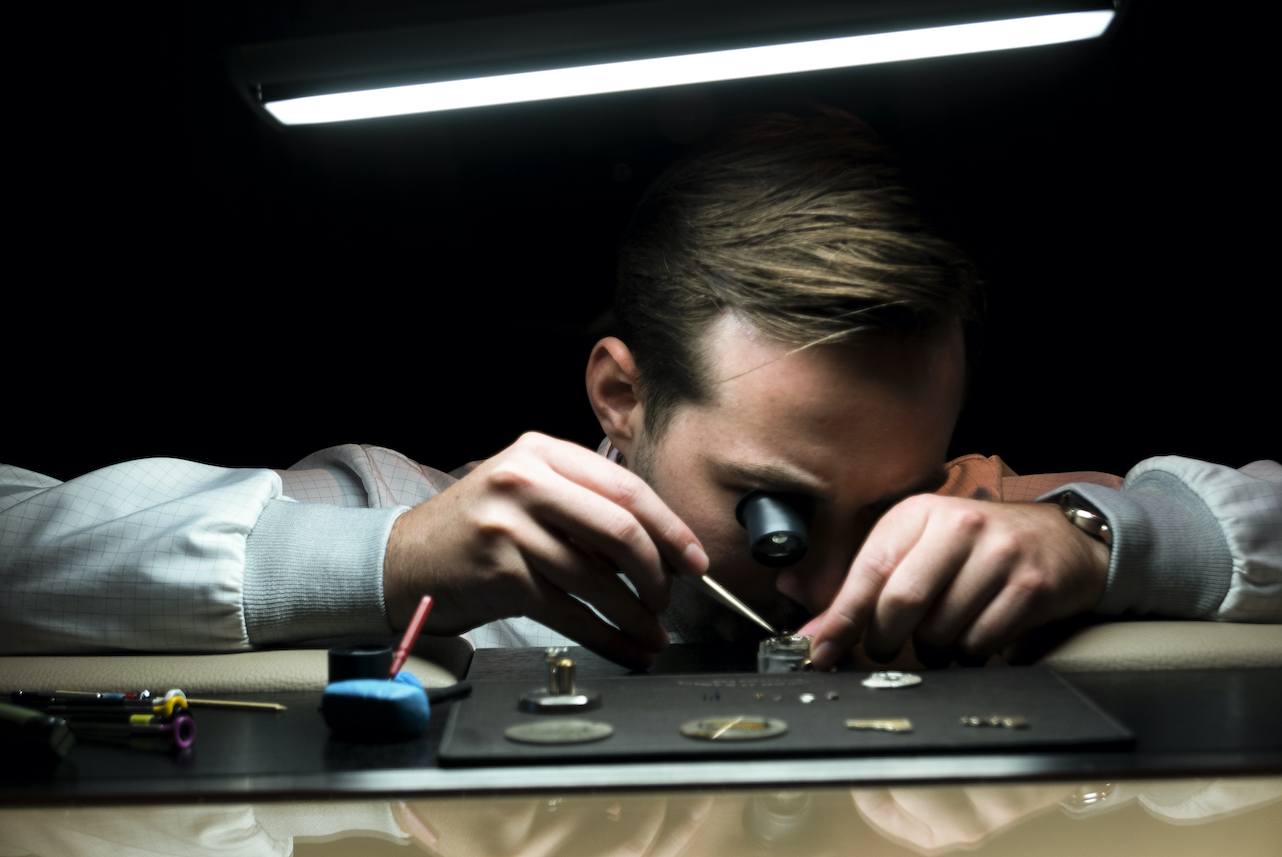 The interior design of the store aptly showcases Bauhaus design principles — after all, as a top German brand, A. Lange & Sohne has long been known for its clean, less-is-more dial style. The long, narrow store brings together art, craftsmanship and technology via an open-worked sculpture depicting the brand’s famed outsized date function hanging from the ceiling, authentic watchmaking tools, and exquisite timepieces in vitrines that will have all eyes upon them. 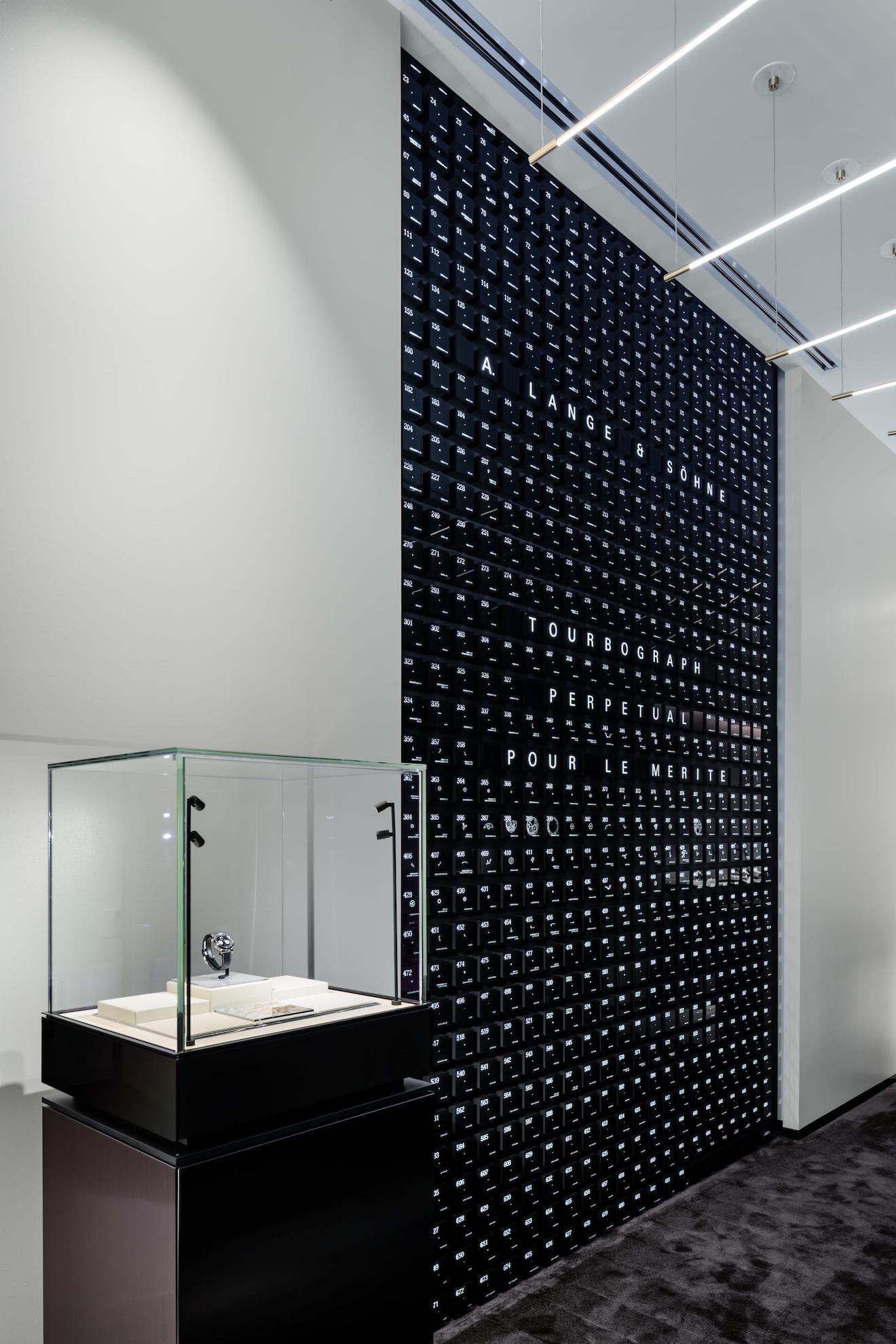 The wall of parts consists of individual black blocks onto which an engraving of a component is etched. The wall showcases all of the 684 parts of the Tourbograph Perpetual Pour Le Merite watch movement.

Steel, stone and modern materials come together to tell a single story. A highlight: a “Wall of Parts.” Not just individual watch parts, but hundreds upon hundreds of square black blocks etched with images of each one of the individual components that comprise the Saxony brand’s Tourbograph Perpetual Pour Le Merite movement. 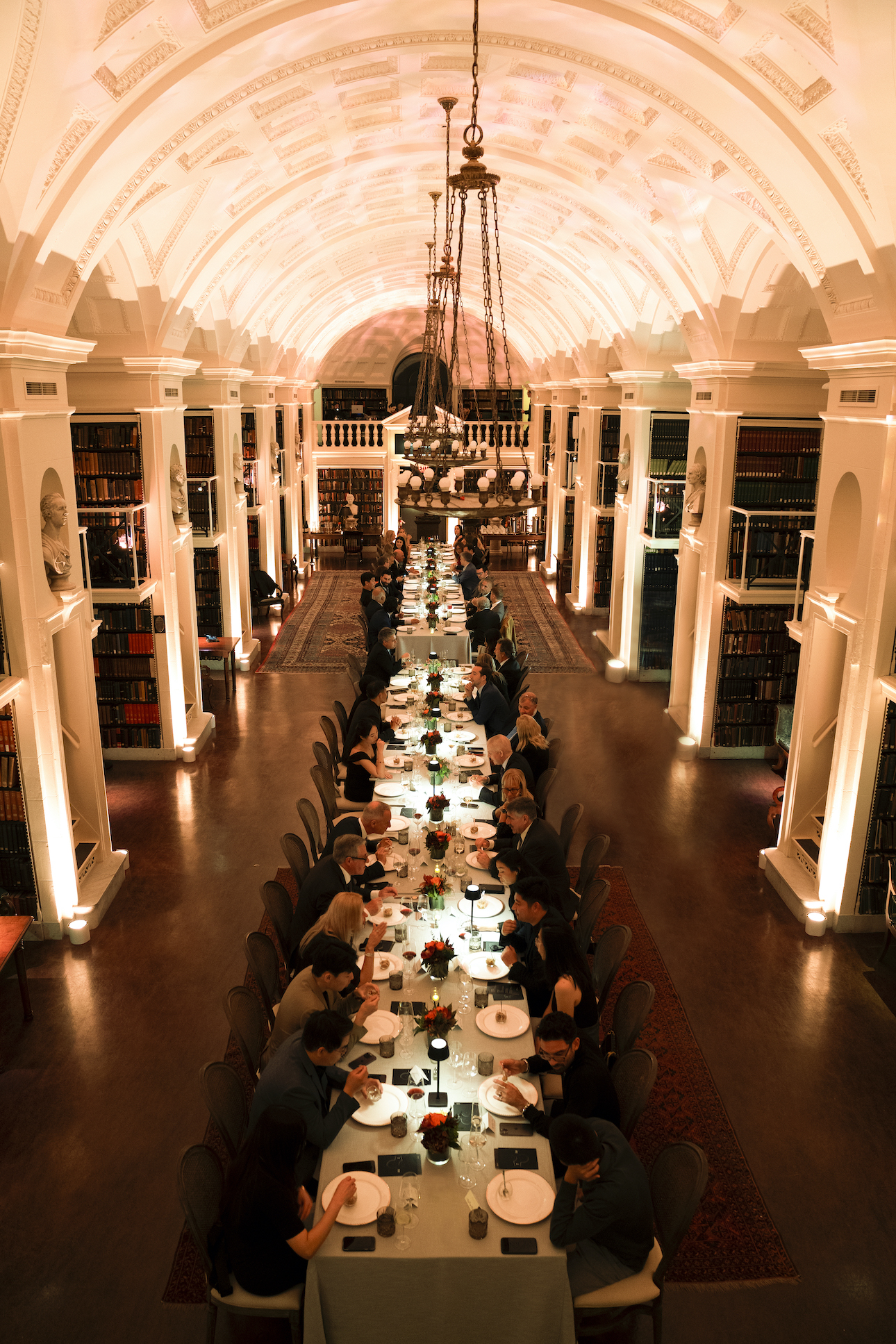 The celebration dinner for the opening of the A. Lange boutique in Boston took place at the Boston Athenaeum.

Following the tour of the boutique and a press conference, where we got to go hands-on with the newest A. Lange & Sohne Zeitwerk with next-generation caliber.   That in itself was exciting, especially given that other journalists in certain cities  around the world had already had that chance. 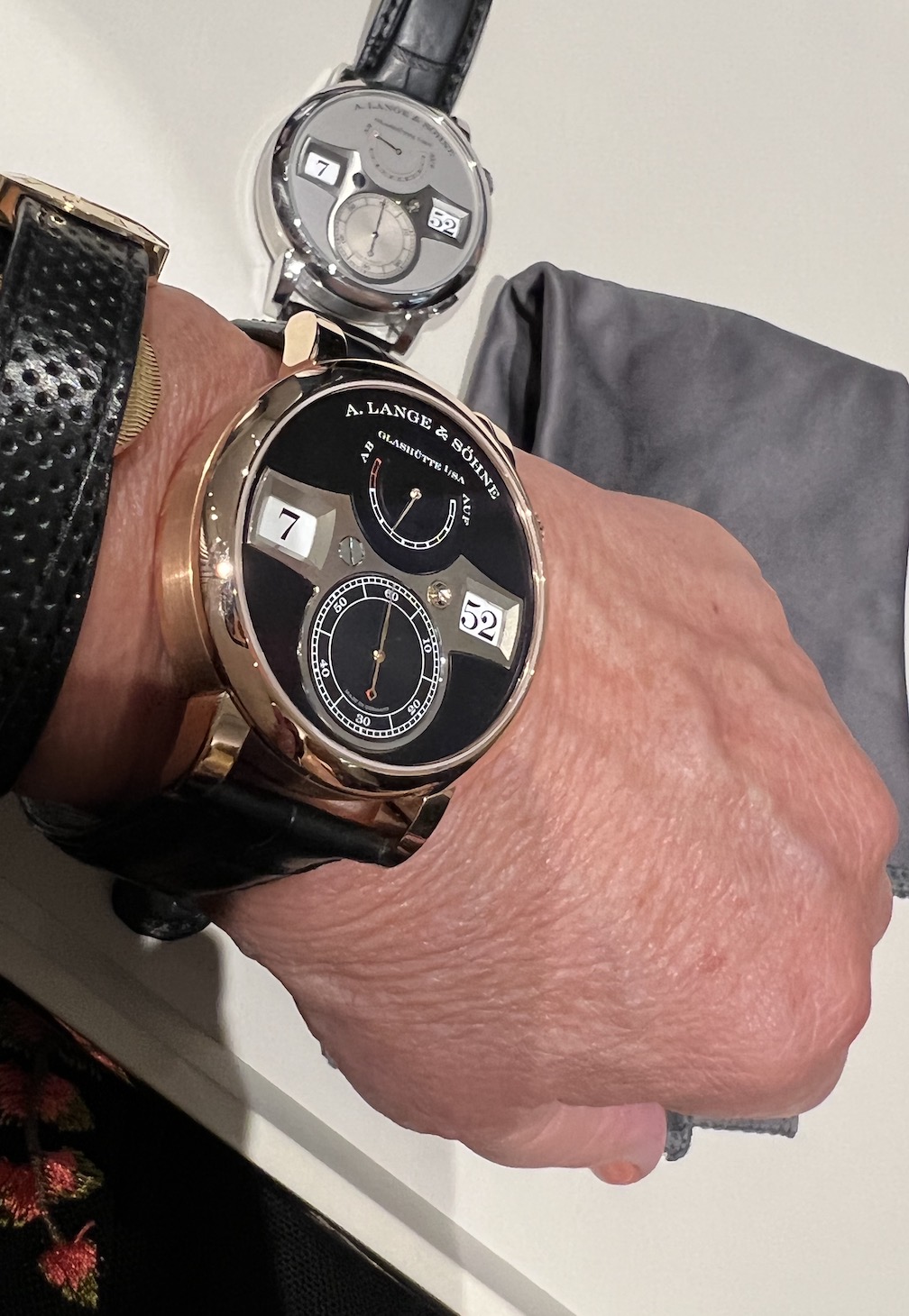 Later that evening, the small group of select journalists that attended were treated to a private tour of the Boston Athenaeum, whose rich history and incredible catalog of books is somewhat overwhelming. Add to that the top floor where the dinner was held, with a host of A. Lange & Söhne historic items and current watches were nestled among the books, and you had a perfect recipe for feeling humble. 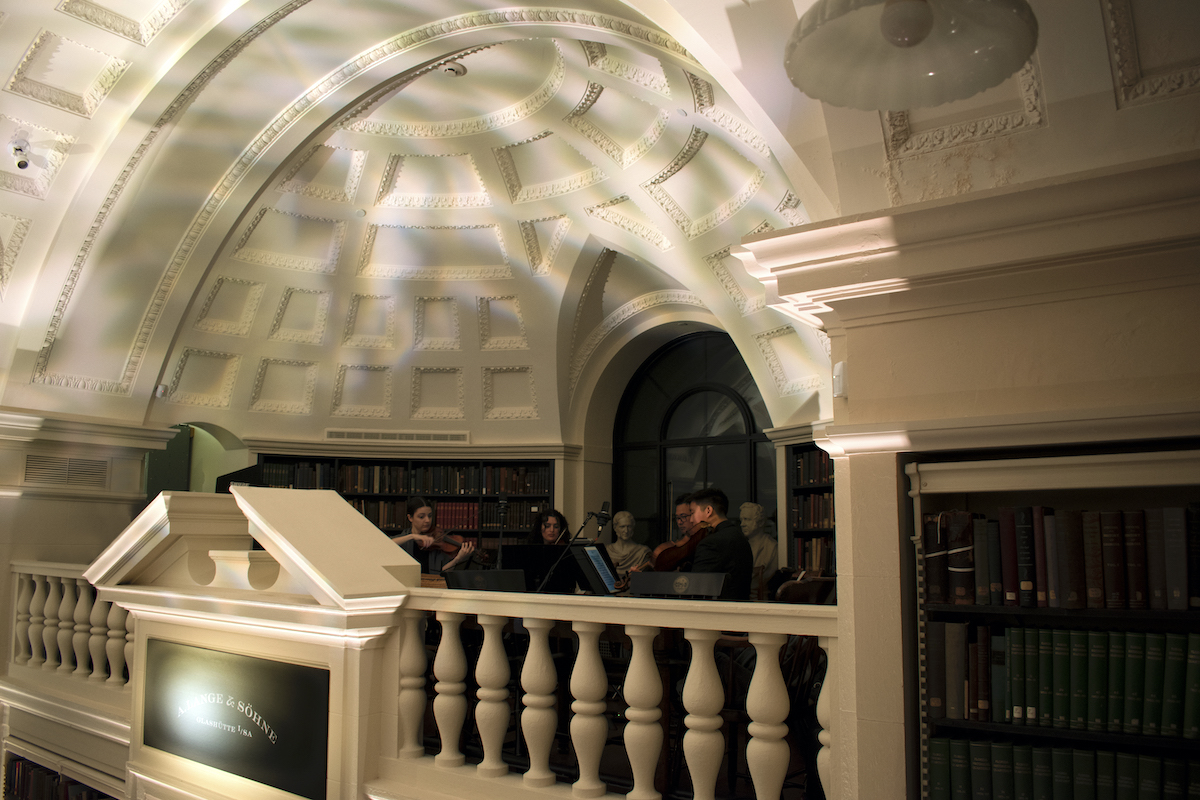 A small orchestra played during dinner at the Boston Athenaeum.

The Boston Athenaeum is an eclectic blend of art, literature, culture and history in a magnificent landmark building. Originally founded in 1807, the Athenaeum acquired some of the most distinguished books and historical artifacts, adding an art gallery as early as 1827. One of America’s oldest and most distinguished independent libraries, it is a “members only” space. More than half a million books and 100,000 works of art circulate through here.Visitors are welcome (with advance notice and day tickets). 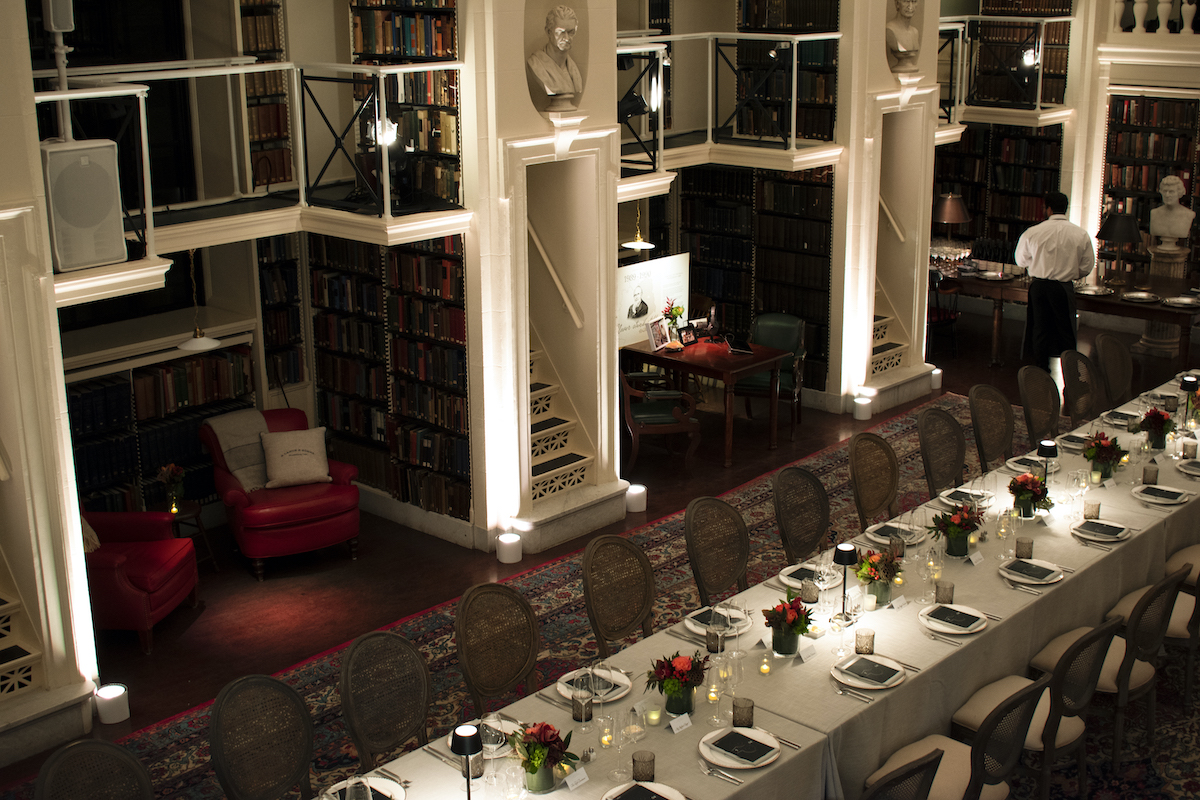 Around the room, a host of A. Lange & Sohne historical items were displayed, along with watches and a watchmaker demonstrating his craft at the Boston Athenaeum.

It was the perfect setting for the historic German brand, and for guests and scholars to mingle. As the night crept in, the city’s lights went on and guests were treated to sweeping views of Boston. It was definitively a night to remember and the fact that the boutique has such a great presence in the city just adds to the excitement.