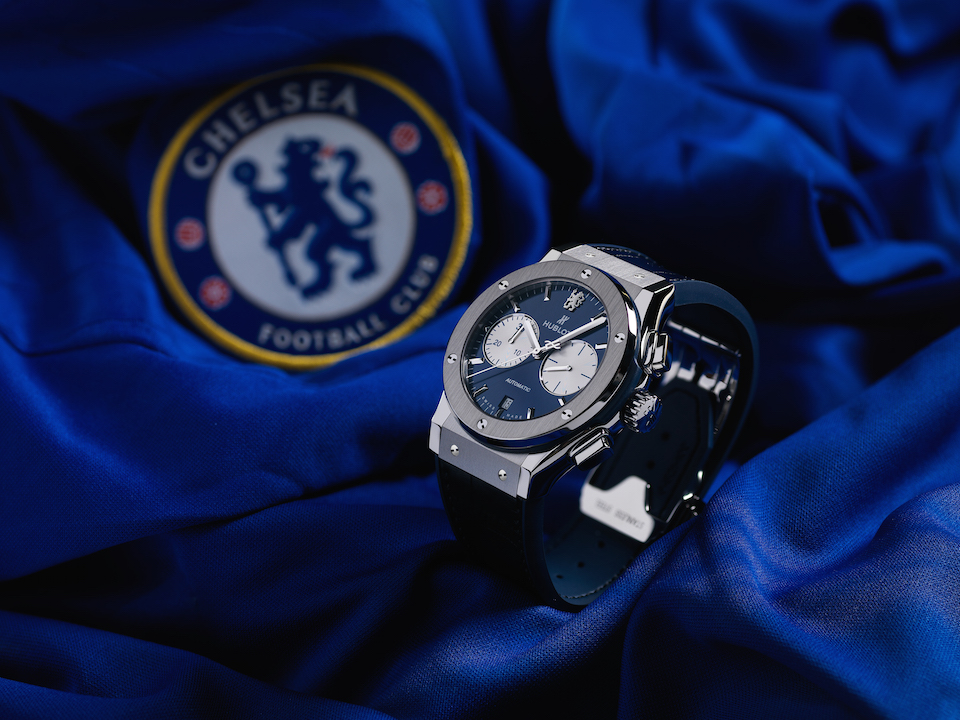 With the Olympics upon us – in which soccer plays a role – Hublot’s recent unveiling of a new timepiece to honor the world-renowned British soccer team, Chelsea Football Club, was particularly timely. Last week, Hublot and Chelsea FC hosted an exclusive event in LA to celebrate the launch of the new Classic Fusion Chronograph Chelsea FC, the official watch of Chelsea FC. The watch is the latest showing of the manufacture’s support for soccer on a global scale (the brand is the official watch of the UEFA EURO 2016 games).

The Classic Fusion Chronograph Chelsea FC is the first watch done in collaboration with this team. It will be limited to 200 pieces, and features several aesthetic elements synonymous with the team. The Chelsea FC team is known as the  ‘Blues,’ and, not surprisingly, the watch features the same shade of blue as the team. The 45mm piece comes in a satin finished titanium case and bezel and is powered by the caliber HUB1143 that offers a robust 42-hour power reserve. 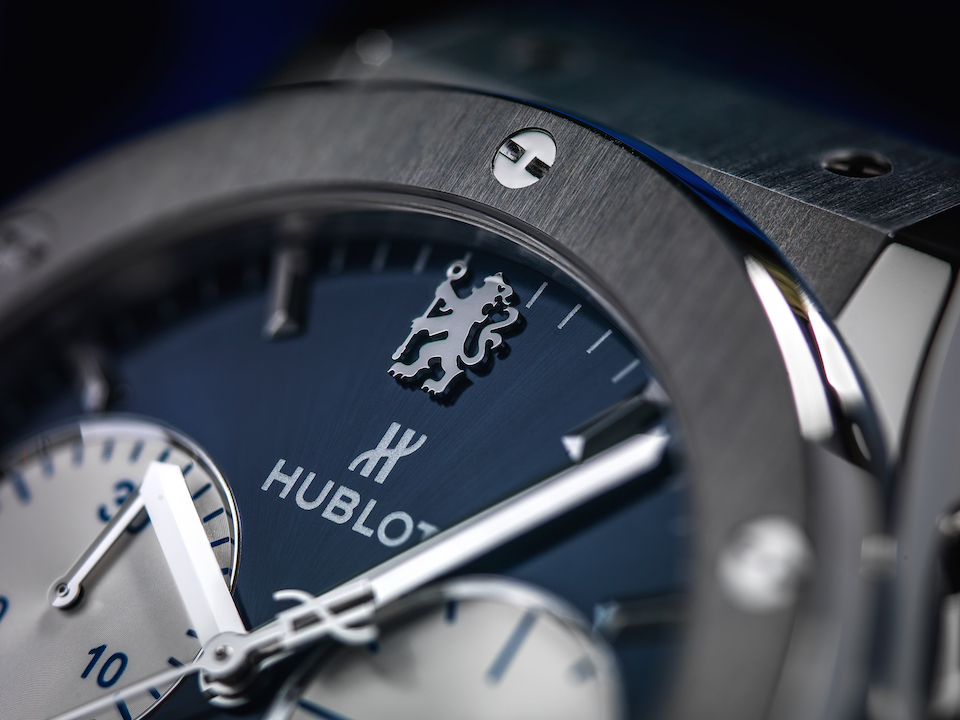 The automatic chronograph is the first watch done in partnership with Chelsea FC and features the team logo above the Hublot name on the dial.

The automatic chronograph has twin registers at 3:00 and 9:00, and a date display at 6:00. The movement is on display via the exhibition back. In true futbol fandom spirit, the Chelsea Lion can be found at the 12 o’clock and also on the crystal of the display back.

The Chelsea FC chronograph represents the intersection of love for team and horology. Some fans wear hats and tee shirts, others paint their faces, but real fans know it’s all about how you represent the love of team on your wrist. The watch retails for $11,500. 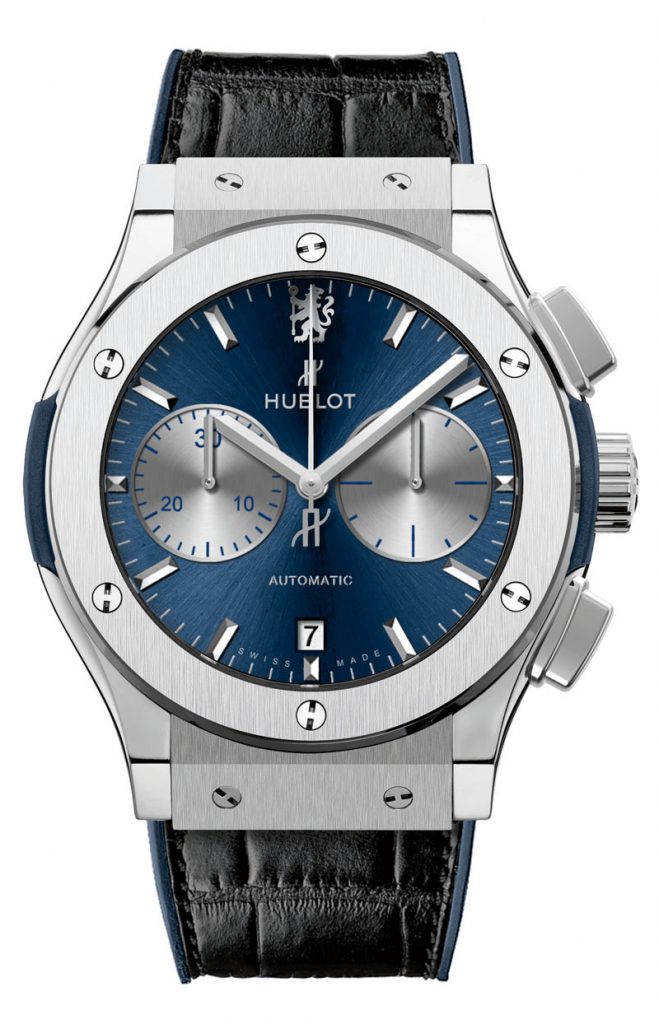 The Classic Fusion Chelsea FC watch is being built in a limted edition of 200 pieces.

The watch was unveiled at an exceptional event in Los Angeles that continues the “Hublot Loves Football” campaign. Anyone familiar with Hublot knows that the brand always brings its A game when it comes to signature events and the LA showing was no different. Hublot U.S. Managing Director, Jean-François Sberro, hosted the event, with the Chelsea FC team (which was in LA as part of the North American tour, where they played Liverpool and took the match 1-0) taking center stage.

Adding a Hollywood touch to the event, the players of Chelsea FC cast their footprints while the goalkeeper, Thibaut Courtois cast his hands in cement a la Hollywood’s walk of fame. The cast will reside in the Chelsea FC museum in London. 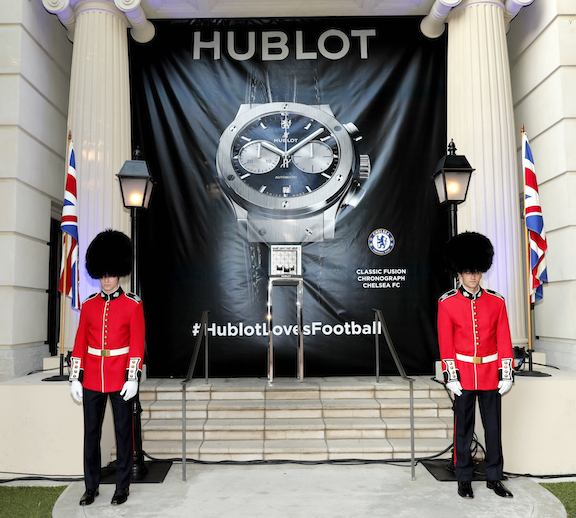 A view of the atmosphere at Hublot x Chelsea FC event in Los Angeles at Sony Pictures Studios in Culver City, California. (Photo by Rich Polk/Getty Images for Hublot)