How Many Patents Can One Watch Hold? Introducing the Jaeger-LeCoultre Hybris Mechanical Eleven 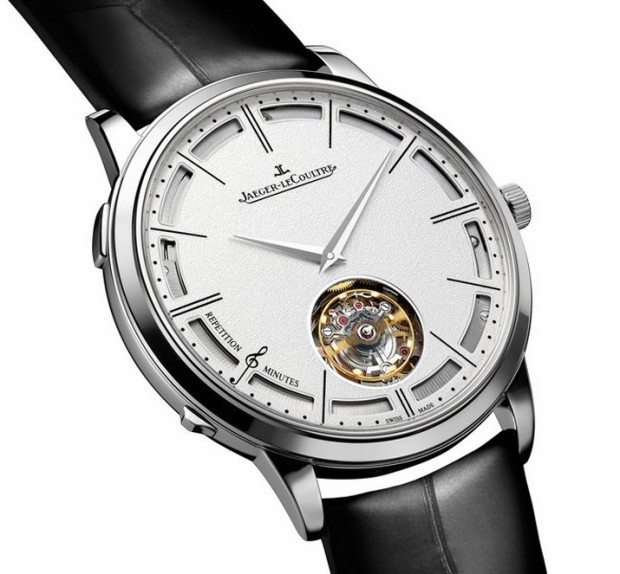 The Jaeger-LeCoultre Hybris Mechanical Eleven has 6 new patents on it.

The new Jaeger-LeCoultre Hybris Mechanical Eleven has been unveiled here at SIHH 2014 and it is a masterpiece of complexity and innovation. The ultra-thin watch is deemed to be the thinnest minute repeating watch on the market—making it a stunningly sophisticated beauty in and of itself. Add to that the fact that the minute repeater is no longer activated by the conventional slide, but instead by a patent-pending retractable single pushpiece at 8:00 and the watch becomes even more intriguing. 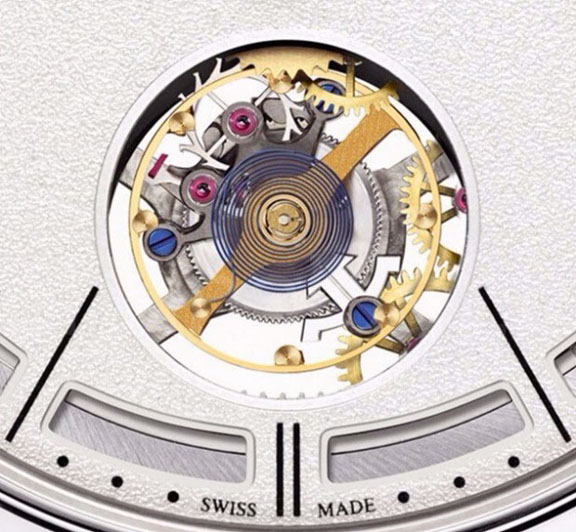 However, moving beyond that, the watch is also equipped with an all-new patented tourbillon that is fitted with a balance wheel and hairspring on it with no visual blackage – there is no cage, no bridge that one can see- hence a true flying tourbillon. Ok, not thrilled yet? The watch also is equipped with a peripheral automatic winding system that operates via an oscillating peripheral weight crafted in platinum and somewhat visible through small openings on the dial at the outer edge. While the weight rotates in both directions, only the clockwise rotation winds the movement. This is truly an incredible feat that few others have tried before. 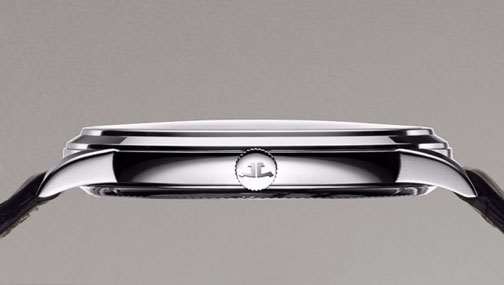 The watch measures 7.9mm in thinness.

The 471-part Caliber 362 was completely developed in house by the brands R&D team of engineers and watchmakers. It bears six new patents in the world of watchmaking and two alread7-existing Jaeger-LeCoultre patents. The watch measures 7.9mm in thinness and 41mm in diameter. Just 75 pieces will ever be made (prices not yet determined). This watch packs a lot of technical prowess into its slim look and demonstrates the new lengths Jaeger-LeCoutlre will go to in terms of pushing the envelope of watch invention. While we are a bit rushed here at SIHH, we will bring more details after the show; stay tuned.